comments Share
You are reading
Yu-Gi-Oh! Legacy of the Duelist to arrive this summer

I have had a love for playing collectable card games since stumbling onto Magic: The Gathering nearly two decades ago. One of the biggest names in the genre, Yu-Gi-Oh! has a new title launching for the current generation of consoles this summer. 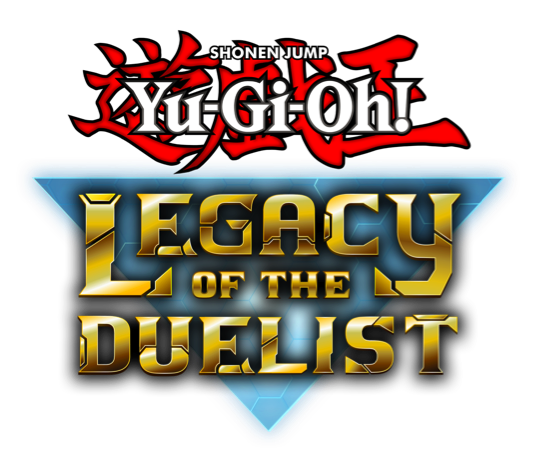 Attention Duelists! Ready for a challenge? Enter the Duelist Simulator to take your place among the finest game players ever with Yu-Gi-Oh! Legacy of the Duelist! For the first time, Konami Digital Entertainment, Inc. (KONAMI) brings the popular Yu-Gi-Oh! franchise to the PlayStation®4 computer entertainment system on the PlayStation®Network and the Xbox One, the all-in-one games and entertainment system from Microsoft, for a next-generation experience that’s not to be missed! Yu-Gi-Oh! Legacy of the Duelist will arrive early summer to take fans on a nostalgic journey to the memorable world of the Yu-Gi-Oh! TV animated series.

Players from around the world have been invited to take part in an elite Dueling program that simulates the best Duels from every era of Yu-Gi-Oh!. Gamers can replay actual events in the Yu-Gi-Oh! timeline, from the original Yu-Gi-Oh! series up to Yu-Gi-Oh! ZEXAL, featuring the same storylines, characters, and Decks in a brand-new Story Campaign. Duelists will also battle against characters from the newest generation of the Yu-Gi-Oh! TV series, Yu-Gi-Oh! ARC-V, with even more Yu-Gi-Oh! ARC-V Duels to be included later as add-on content.

Newcomers to the Yu-Gi-Oh! TRADING CARD GAME can hone their skills courtesy of the game’s comprehensive tutorial, while experienced players can dive into the rich Story Campaign and Duel with more than 90 characters in hundreds of matches, and even compete in new Battle Pack Sealed Deck and Draft play with other Duelists online.

Game features include:
•The very first Yu-Gi-Oh! video game available for the PlayStation® 4 system and Xbox One for a never-before-seen next-generation Yu-Gi-Oh! experience!
•Relive past Dueling glory with a Story Campaign that recounts the events from the Yu-Gi-Oh! TV series! Battle your opponent, and then take on the role of that character and Duel against the protagonist in a “Reverse Duel.”
•Duel with the latest cards from the official Yu-Gi-Oh! TRADING CARD GAME, including Pendulum Summon Monsters!
•For the first time, compete in Battle Pack Sealed and Draft play against the A.I. or with players online. Battle Pack formats supported include Battle Pack: Epic Dawn, Battle Pack 2: War of the Giants, and War of the Giants: Round 2.
•Customize your Decks with more than 6,600 cards, the most in any Yu-Gi-Oh! TRADING CARD GAME video game.
•Compete against characters from the newest generation of the Yu-Gi-Oh! TV series, Yu-Gi-Oh! ARC-V!
•Add-on content available at launch, with additional Decks, Avatars, playable characters and Duels!