Some people seem surprised that the point and click adventure genre has been seeing something of a resurgence over the last couple of years. Those people clearly have not been paying attention to Daedalic Entertainment’s offerings, because their titles are almost always excellent, with unique visual styles, compelling stories and simple, yet approachable mechanics that are often geared towards a specific audience. Anna’s Quest fits right in. 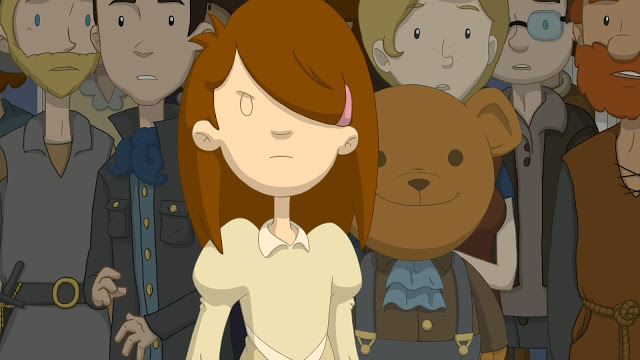 This is in every way a classically styled point and click adventure game. You will have to inspect your surroundings, try to solve puzzles and perhaps most interestingly, leverage Anna’s new-found telekinetic powers to help progress as well. The story starts off with a simple, almost sad tale about Anna as she attempts to find a cure for her beloved grandfather’s illness. Anna has been something of a shut-in for most of her life however, and runs afoul of a witch that performs some experiments on her. The end result? Anna now has telekinetic powers.

It is a strange story to be sure, but one that is well crafted around a wide variety of fairy tales that get interwoven together to create a story with plenty of dark humor. The cast of characters is often charming, and they help to support what might seem like a silly tale with motivations and challenges aplenty. 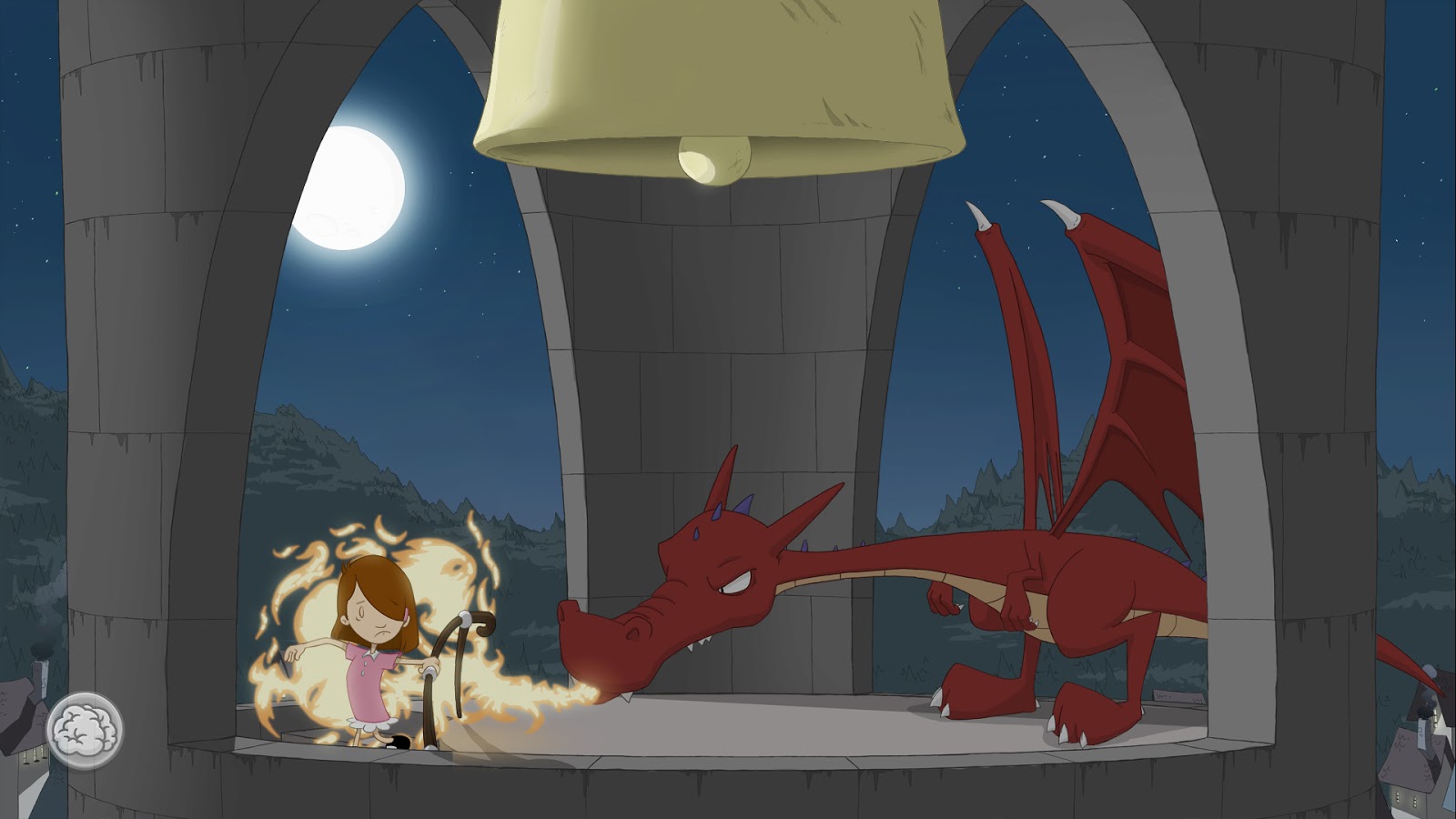 Daedalic Entertainment sports some of the best visual designers in the business, and Anna’s Quest benefits from their talents here as well. Characters have gorgeous design, with environments that are both detailed and full of color. The characters are simple at a glance, but charming in their own way with enough facial variety to keep them from feeling like cookie cutter clones. The visual presentation is assisted by some pleasant music and very solid voice acting.

While the telekinetic aspect puts a different spin on some of the problem solving, some of the game’s mechanics do hold Anna’s Quest back slightly. The combining of items is almost always a welcome feature in a game like this, but it leads to some backtracking in the environments when you stumble onto a new puzzle, padding the game a bit in the process. Some of the puzzles are more obscure than I would have liked as well, with the characters providing little or no help when you interact with them. 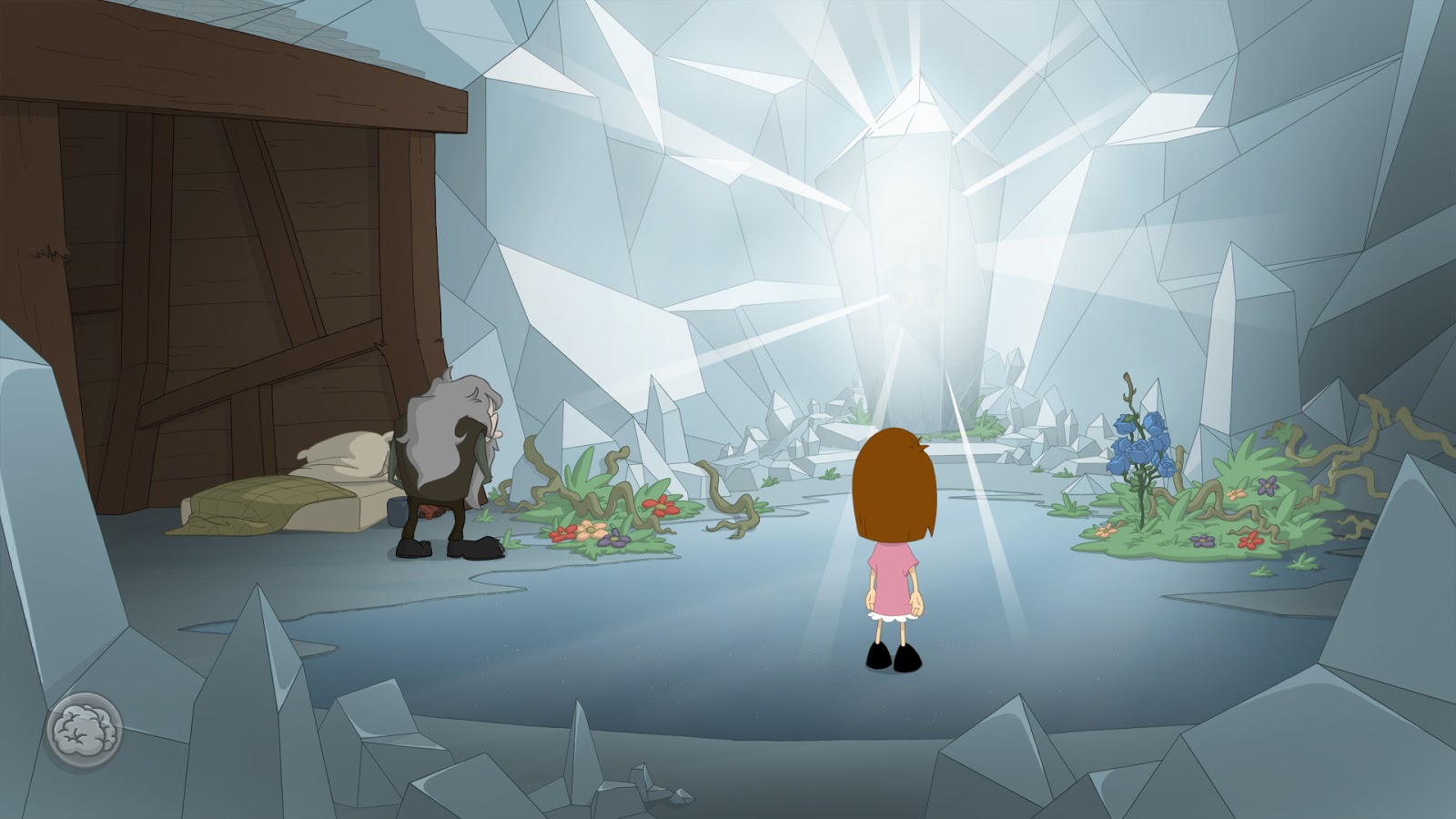 To their credit, the puzzles feel like a part of the world and do a great job of generally feeling organic and the majority of them are clever. They provide the necessary sense of satisfaction that comes from solving the environmental riddles. There are only a handful of these more frustrating ones that hurt the pacing and frustrate when they pop up. They are worth noting, but these puzzles are not frequent enough to really discourage someone from completing the game.

Anna’s Quest exudes charm with its quirky sense of humor, adorable visuals and quality voice acting. The end result? A memorable story – which is a must for games of this type to succeed. Point and click adventures are still alive and well, at least when Daedalic Entertainment makes them. This is a genre that still holds a warm place in my heart and Anna’s Quest is an enjoyable addition to the genre.