I am fully of the opinion that the Heavens have aligned and that we are experiencing nirvana as Jurassic World has just released in theaters, LEGO: Jurassic World the video game is upon us, and then there is this gem, ARK: Survival Evolved, just released in Early Access. Dinosaurs; dinosaurs EVERYWHERE and that is a great thing. Historically speaking, these giants of our past have been poorly represented, as well as criminally underrepresented in video games. Sure, old titles like Adventure Island/Super Adventure Island or Turok had dino’s in them, but how long has it really been since we have had a solid video game with dinosaurs? I honestly cannot recall, which is why I feel that we are now blessed with these massive creatures across all mediums and in all forms. 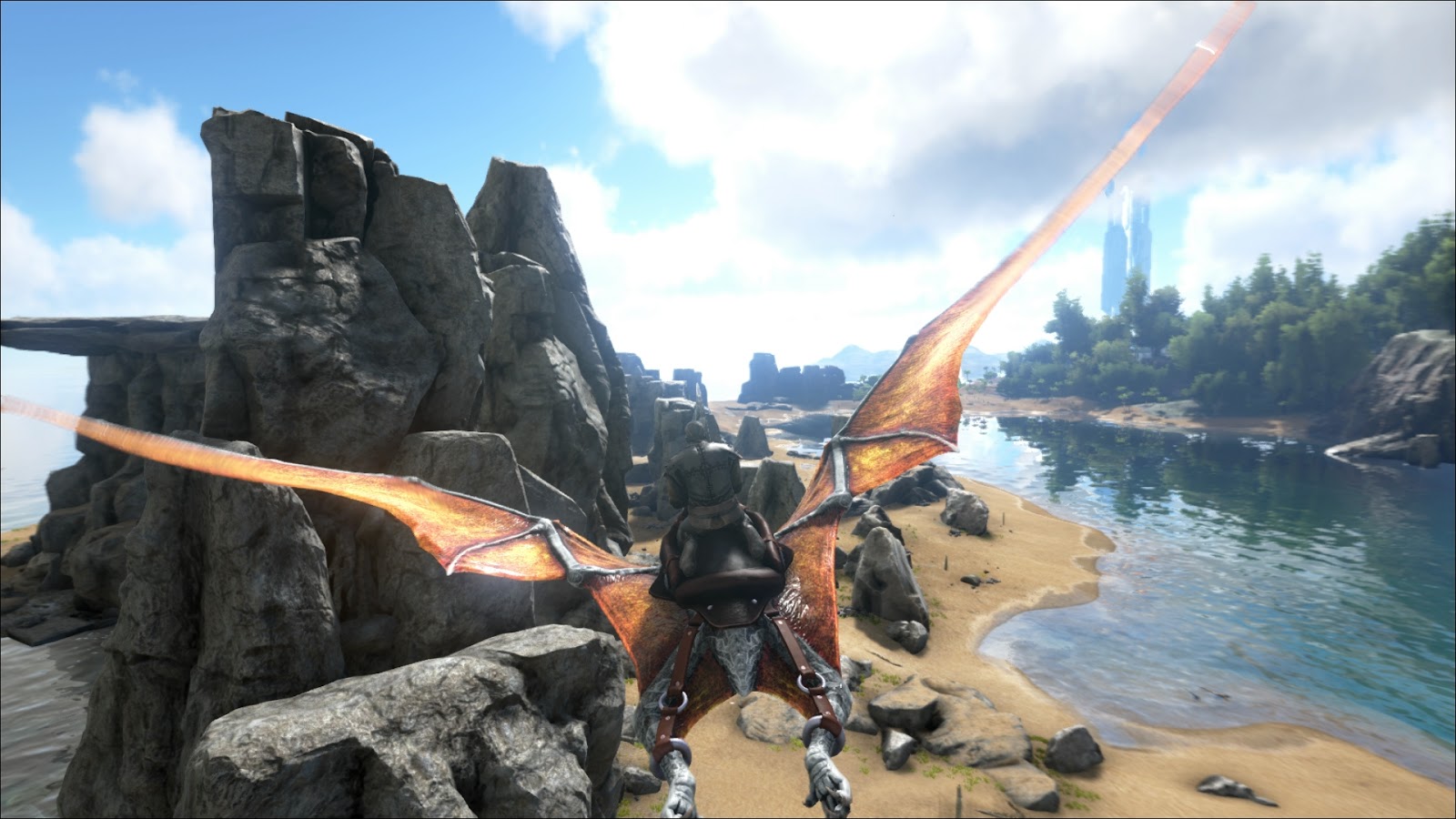 ARK: Survival Evolved is similar to all of those other survival games like The Forest or Rust or Minecraft even, though where it truly stands apart is that it has dinosaurs. And it does not suck. Actually, it is as far from suckiness as one could imagine. Frankly, ARK is spectacular, it is incredibly fun, frustrating, and downright genius. I mean, come on, in what other game can you go through and club a dinosaur to death or shoot it in the face with tools that you created? Or better yet, you can tame said gargantuan beast and ride it along the stunning environments gloriously created in CryEngine? You will be hard pressed to find a game that looks as nice as Survival Evolved does which can actually be a bit of a problem, in a good way.

You see, ARK has some glorious vistas and amazing jungles and during one of my runs into the forest to gather materials I just stood there like a doofus staring at the utterly amazing landscape, where the light was shining through the forest canopy and the underbrush was gently blowing in the wind when suddenly SPLAT, I’m blind. And then I’m dead. The wild and exciting forests, mountains, river valleys are stunning and if you are a fool like me, you will get caught up in said beauty and then you will end up dead. Simple as that. In my first “sight-seeing” trip while gathering raw materials I ended up being blinded by a level 11 dinosaur then promptly devoured. I learned a lesson, a very valuable lesson … Get out, get your materials, then get back to safety (essentially a dwelling that you will have to build). 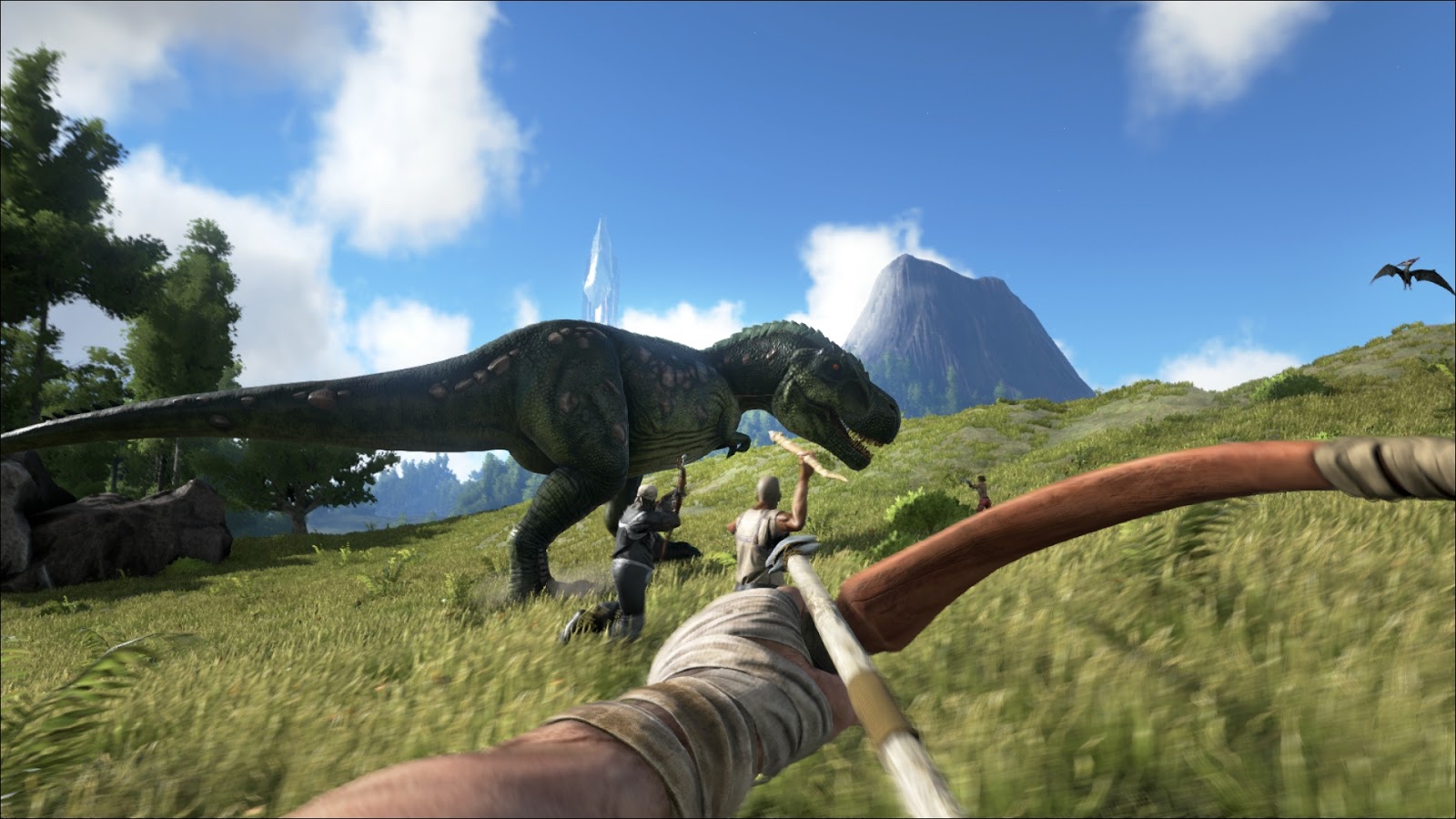 To further complicate matters you will need to constantly battle the elements by staying hydrated, staying cool in the tropical day, eating food, all while you are trying to stop from becoming an addition to some monstrous dinosaur’s feces. ARK is not an easy game and I have died more in the dozen or so hours I have put into it than I did in all of Dark Souls, Dark Souls 2, and Bloodborne … combined. And that is a lot of death. Maybe I am just not good at the game but it does not stop me from coming back. I mean, there are DINOSAURS. Oh and there are RPG elements; as you gather, build, and generally try to survive, your incredibly customizable avatar will gain knowledge and experience and you will be able to choose what to go through and advance in, whether that is survivability or stamina or crafting, the choice is yours and it adds an additional level of complexity and choice without being overwhelming.

ARK: Survival Evolved, even though it is in Early Access, is one of the best games I have played in a long time that is not a space-combat sim like Elite: Dangerous or an RPG like Dragon Age: Inquisition or The Legend of Heroes: Trails in the Sky. A fantastic blend of various genres set in a stunning world where there are dinosaurs that you will be constantly battling in a war of supremacy. ARK: Survival Evolved is a must have for gamers so head to the Steam store to pick it up right now: http://store.steampowered.com/app/346110/ 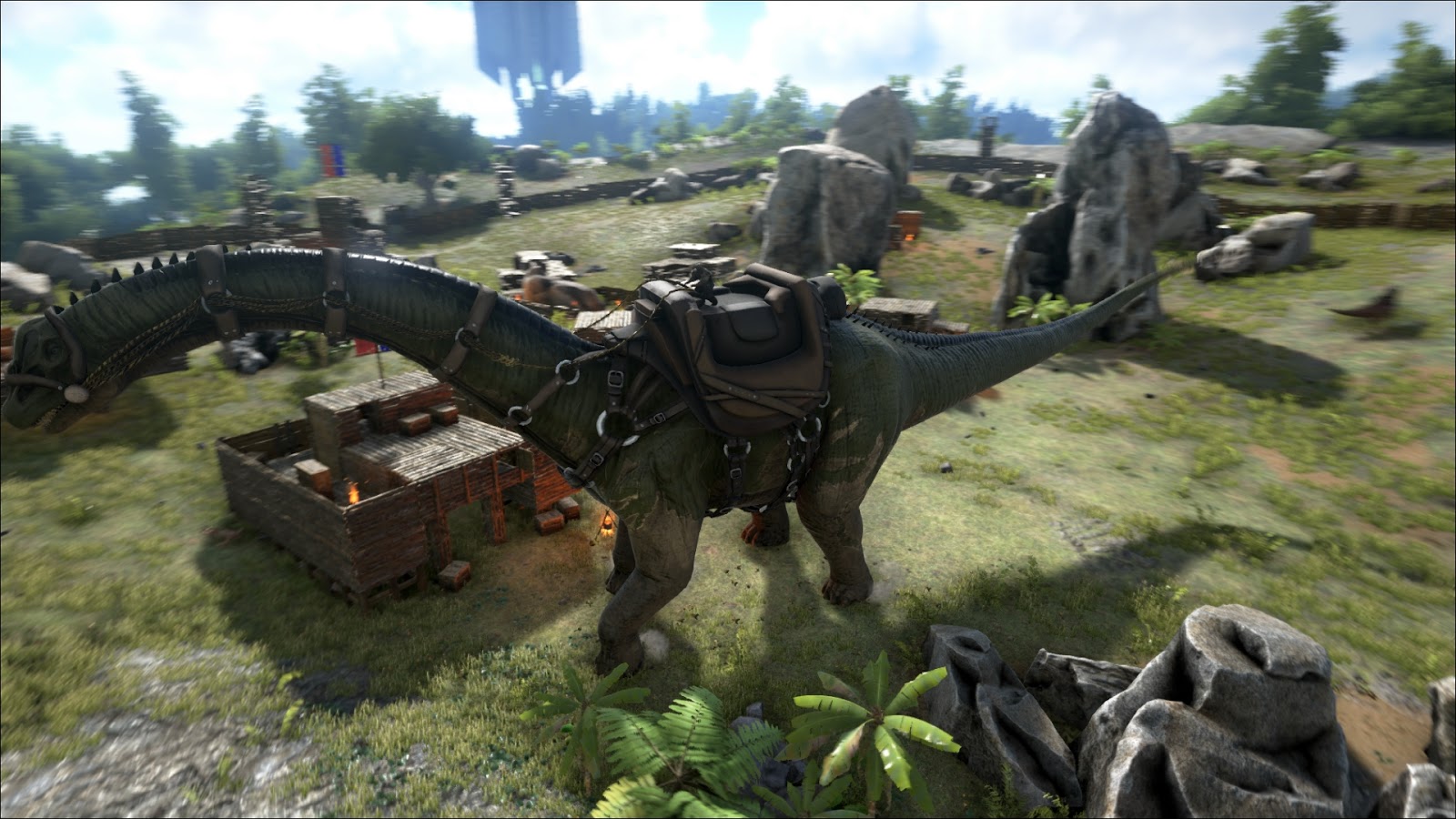