There is a good deal to like about Audiosurf 2. I had played the first game several years ago back when I picked it up as part of Steam Sale (yup, Potato Sack). The first was one of those games I could come back to for short bursts of time and enjoy, and this sequel follows along the same path. It is enjoyable, though it does not feel all that different from the last game, for better and for worse. 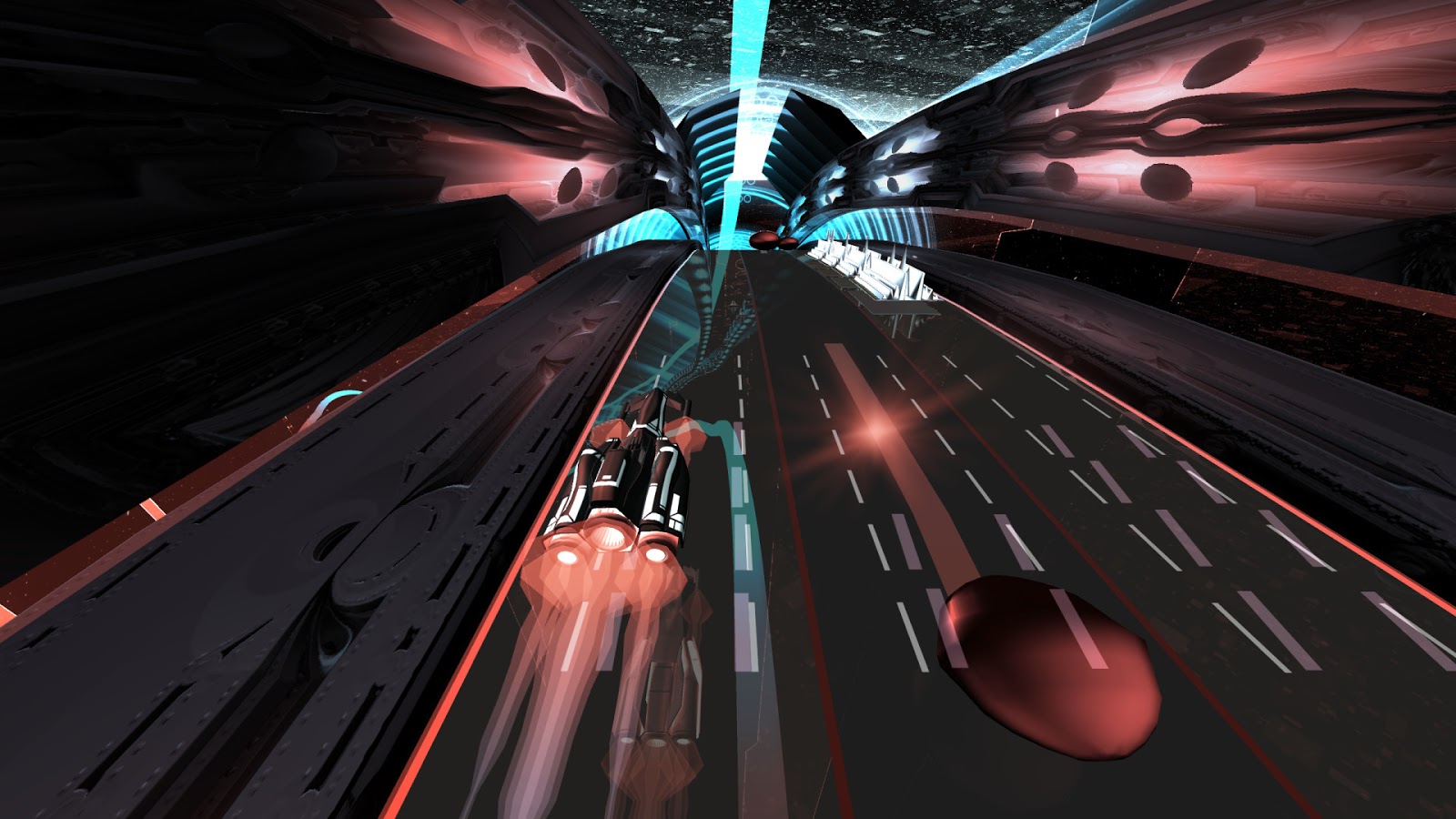 So what is Audiosurf 2? At its heart, the game is about racing, but it’s creative hook comes from the music you listen to. The music is analyzed by the program and turned into a track that impacts the speed and layout of the race. This is the primary hook from the original game, and here the sequel tries to sell the additional enhancements that the software can make from reading into the music tracks.

There certainly does appear to be ‘more’ going on with the tracks. It is as if they can analyze the music different and in greater depth, creating more interesting tracks to race to. Kudos also deserve to go out to how the tail end of the songs tend to get turned into the higher tension and therefore most challenging and exciting parts of the ride. That the game can be fairly heavily modded up through the Steam Workshop also provides more flexibility than the earlier game. 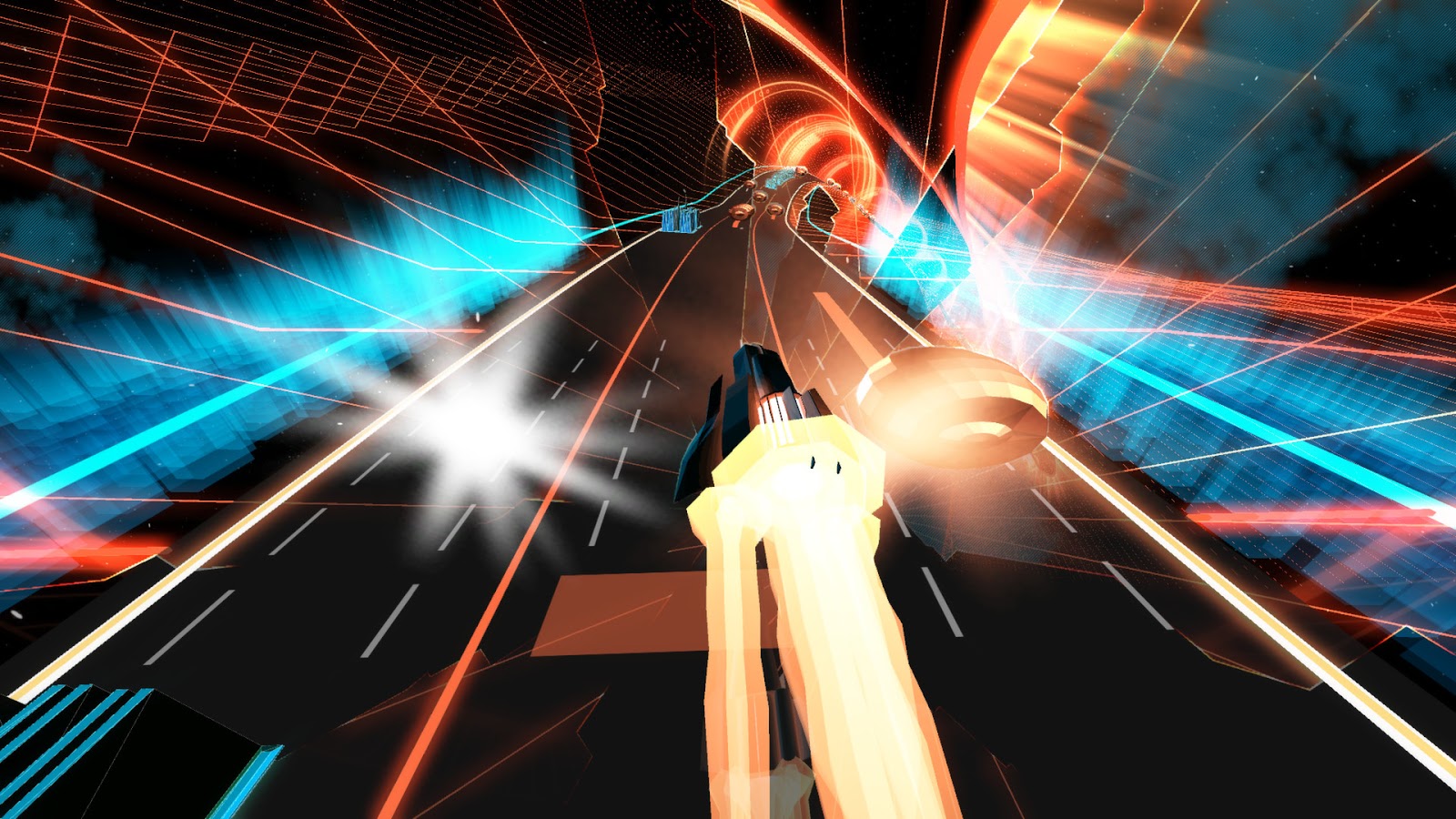 The majority of your time will be spent in Mono Mode, which is basically the racer. There is a Puzzle Mode that is inherently built around timing and figuring out how to move the blocks around before the songs conclude. Ninja Mode is all about evasion. Most of the time the track itself is not terribly littered, but here the track has a number of objects in the way to try and avoid. It is certainly more challenging than the base mode.

There are a few things that hurt the cause, however. For one, Audiosurf 2 just feels somewhat less polished than its predecessor. For one, the actual user interface is a bit of a mess. Trying to add content and managing the music library takes some getting used to. I appreciate the greater variety in the visuals, but sometimes they can be downright distracting depending on the music you are listening to as well. The song of the day option is cool, but it feels like there is a missed opportunity to pull in more music from more places than just your local hard drive or Soundcloud. 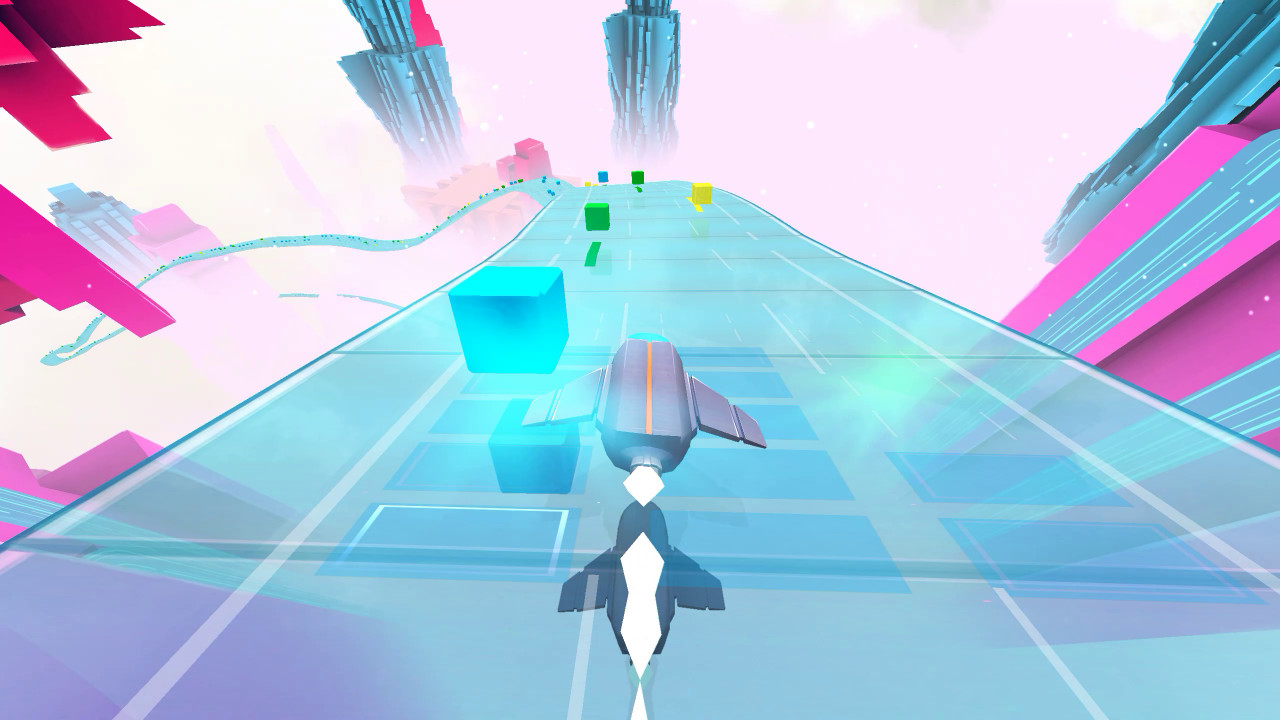 The graphics have a sleek, futuristic look that kind of reminds me of the WipeOut games. There is a neon aesthetic that works well with most of the loud, pulsating music I played through the game. Of course the soundtrack is whatever you want it to be. The game handles well – not too tight, there is a bit of a floaty-ness to the piloting, but I never felt like the game was unfair either.

Audiosurf 2 is more of a relaxing game, perhaps because you are trying to best scores and listening to the music of your choice. There are no storylines, no competitive racing against others on the track, you are mostly just tested against yourself. This is not a huge evolution from the original game, but it does provide a satisfactory experience for short bursts of time. If you were a fan of the original from several years ago, you will likely enjoy this updated iteration. It will feel familiar enough to pick up and run with it upon installing. However, if you are not a fan of racing or do not own a particularly large collection of MP3 files, you might not get as much out of the game as others.