With how popular streaming and capturing video game content has become, more gamers than ever are looking for ways to record and share their gaming sessions with others. The Xbox One and PlayStation 4 released with features that tried to take advantage of this, and while they are better than nothing – there is certainly room for improvement. That is where options like the AVerMedia Live Gamer Extreme (or LGX) come in, delivering very high quality capture with lots of options and a relatively low difficulty of use. 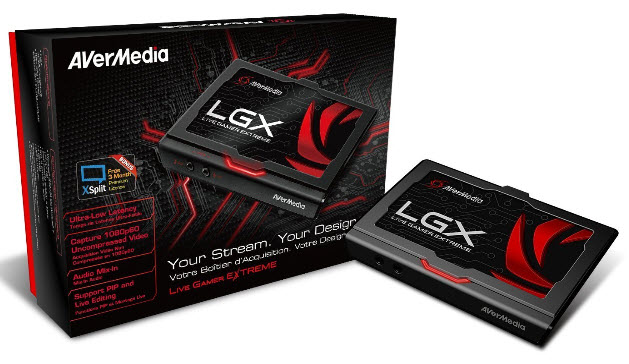 I touched on three different things that I was looking for when I got my grubby little hands on this capture device. The first was the ease of use. I have plenty of experience with running cables and hooking up hardware, but not everyone has done that for a living. Now this might still be somewhat daunting if you have never personally hooked up your own television, but my guess is that is not the target demographic here. Even then, the LGX has clearly labled ports that make it easy to tell what you are doing.

As a test (I moved the unit back and forth between two different locations), one with a desktop and one with a laptop. It hooked up easily enough, once the drivers were installed on the respective machines. My older sister, who is hardly an audio/visual guru, was able to set it up as well in only a couple of minutes.

The actual connection process turns the LGX into an AV hub, essentially. You hook up your game console to it (and additional audio sources if desired), the LGX then outputs to both your television and your computer. From your computer, you can then decide if you are going to stream it live to a service like Twitch or UStream, or or later upload it to a service such as Facebook or YouTube.

I mentioned lots of options in my introductory paragraph, and that comes in a couple of forms. Primarily I used this device for HDMI connections (there is an in and out port that played nicely with my aforementioned consoles). There is also a Component In option with the appropriate connector that I leveraged for our Wii and Wii U.

There are a pair of additional options for those looking to add audio as well. One is an auxiliary input for sound devices (keyboards, phones, whatever) and a microphone input as well that you can mix in (both are 3.5mm audio jacks). While I have no musical talent nor a voice anyone probably wants to hear, for those more gifted individuals who want to mix in their unique audio, you certainly have the option to do so here.

On the performance front, the LGX certainly does what it promises (1080p, 60fps), but it is very resource intensive. The connection uses USB 3.0, and I noticed that when streaming games my CPU usage was fairlyhigh. Thankfully my gaming rig was able to roll with it and showed almost no signs of lag. My laptop did not fare as well in my testing, but it is really more of a work station than a gaming machine, so adjust your expectations accordingly when you are trying to stream live.

The RECentral 2 software is pretty simple. In the upper left corner you can switch it between the stream/capture screen and different setting screens. The options to switch between HDMI audio input and blending in a microphone from a USB headset (or using an external microphone that plugs into the 3.5mm port on the device). You can blend the audio levels on the fly as well as take screenshots while recording video as well. The software does a nice job of telling you how long the recording has been going for and even tells you how much longer you can record before the hard drive space is gone. Once you have images and videos you can view them from the software (which then opens them in whatever your windows defaults are). If you’re interested in doing heavy editing however, you’ll want to pull the media into a different piece of software like Camtasia Studio. 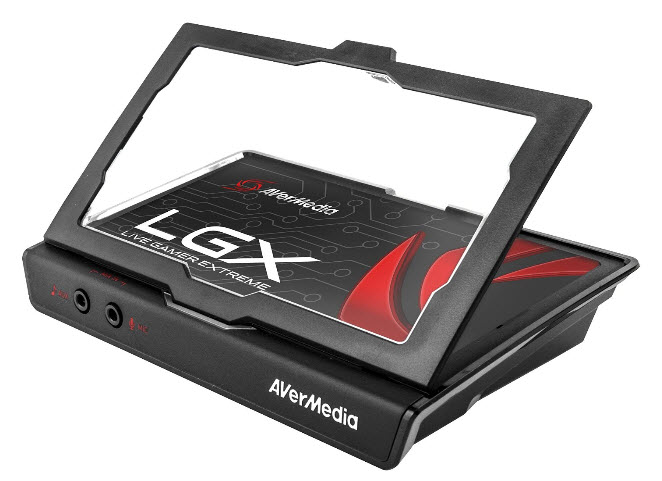 The device itself is small but sleek. It is a mostly black box with a flip up top (basically you can customize it by putting your own image under the lid. Sort of a silly perk, but hey – it’s there if you want it). There is a subtle LED indicator on the front/top. The two audio connections are on the front of the device, while the other four are on the back. In terms of size, it is a little thicker and wider than a couple of cell phones placed next to one another on a table, making it quite unobtrusive.

For a practical demonstration, I spent some time recording Batman: Arkham Knight footage from the PlayStation 4. It recorded at just under 60 frames per second at full 1920 resolution. I have to say that the audio and video all looked pretty good to me, and I have embedded both the video and the video stats of the finished MP4 clip when loaded into Camtasia Studio. 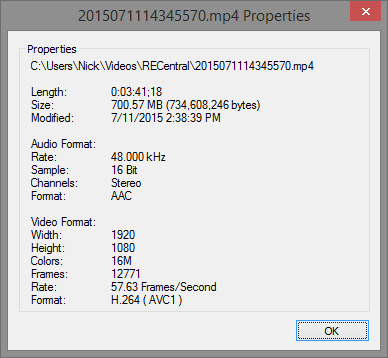 That is not to say there were no issues at all to be had. For one, you absolutely need to have a USB 3.0 connection. The device will not even power, let alone communicate with the computer without one. No doubt this is why it is able to transfer the data so smoothly, but it is still something buyers should be aware of. Also the installation process could have gone more smoothly. I used the latest software from July 3rd and it installed the recording software fine, but the drivers for the device did not auto install properly. I drilled into the download file and found the proper driver for my computer and manually installed them and everything worked fine, but that left me quite perplexed for the first few minutes because I had just assumed that the drivers had fully installed the first time when they had not.

The AVerMedia Live Gamer Extreme is an excellent choice for those gamers looking for an easier way than ever to capture console content on the fly. The quality is certainly better than what the Xbox One and PlayStation 4 natively pump out, but it can be leveraged for the last generation of gaming consoles as well. It is portable and versatile, giving you a variety of options and a surprisingly simple setup process to go with it.