When I think of flashy, fast-paced fighting games with an anime style, the BlazBlue series has been the first one to spring into my mind for the last five years or so. The games are always frantically paced, with incredibly catching visuals and a surprisingly deep system. The development team has outdone itself with this latest release, bringing everything that is great about the series together in a PlayStation 4 release that keeps me coming back for more. 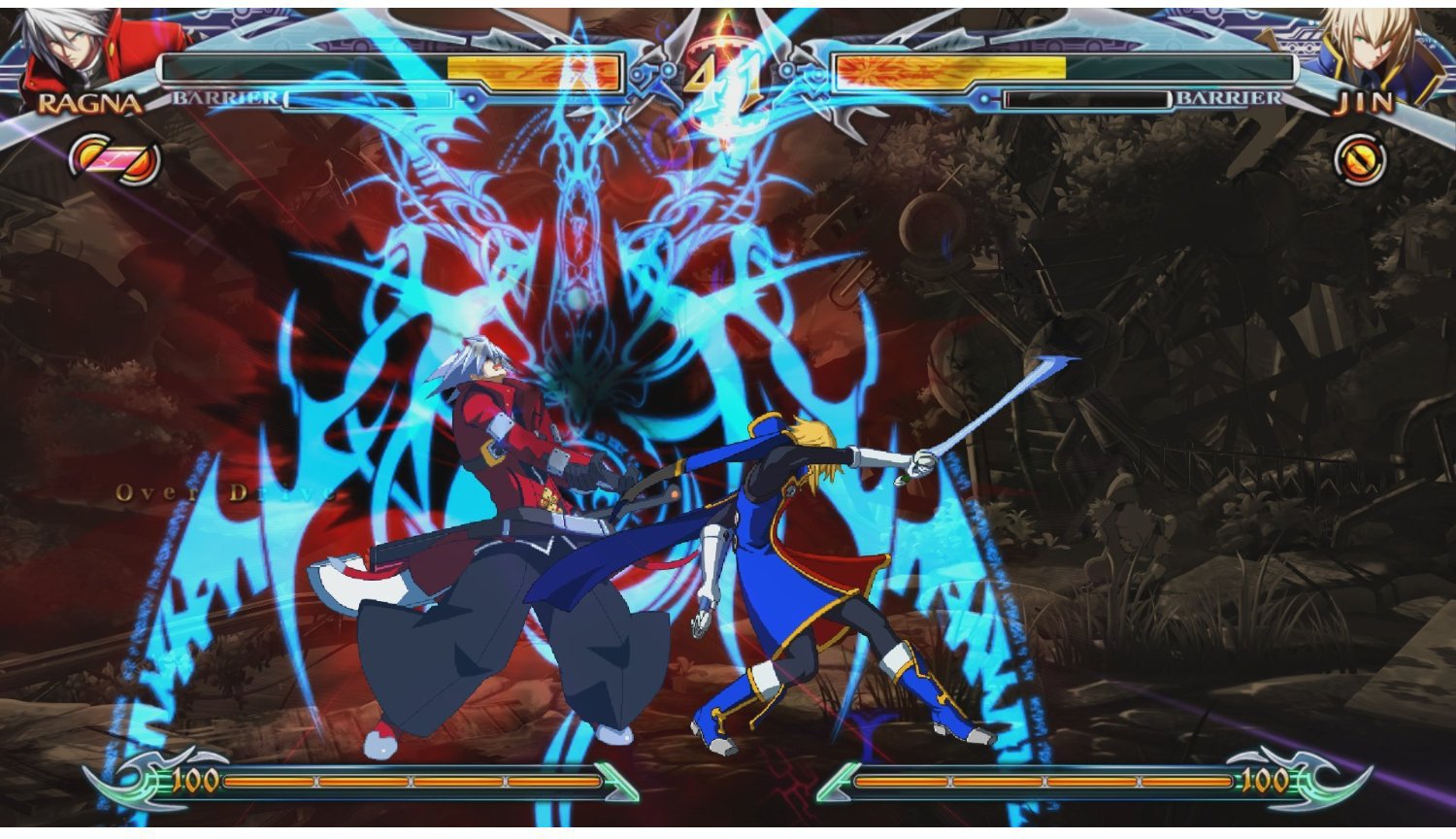 I have been excited for this game since it was first announced, and the love and attention that the development team put into this game shows. Right from the stylish intro and into the tutorials section, BlazBlue: Chrono Phantasma Extend feels like it has just about everything in order. The first menu offers to teach you the basics of the game – and these are basics that show up in a lot of other fighting games as well. From basic movements to more advanced combinations, the tutorials teach you how to make the most out of the flashy combat system.

Once you have cut your teeth on that (or if you are already familiar with the different systems), the next logical step for those who really want to get to know how a character works is to try out some of the challenges. These are character specific combos that become increasingly difficult to pull off. Both of these games are found in most fighting games, and I would argue should be standard in all fighting games, but here they are pulled off near flawlessly.

For those who are new to the series, there is sort of ‘history of the game’ feature that seems like a great idea, but is probably one of the few areas where I found the execution to be personally lacking. It will serve as a nice means of catching up on the narrative if you are new to the game, but the cheesy art style with campy character dialogue used to fill in the blanks left me underwhelmed. It worked well enough, but I think I would have personally preferred a more dramatic retelling of past events. I actually like the complicated history of the BlazBlue world (I was even a huge fan of the visual novel XBlaze and am completely hyped for the upcoming sequel), but this particular presentation method did not resonate with me. 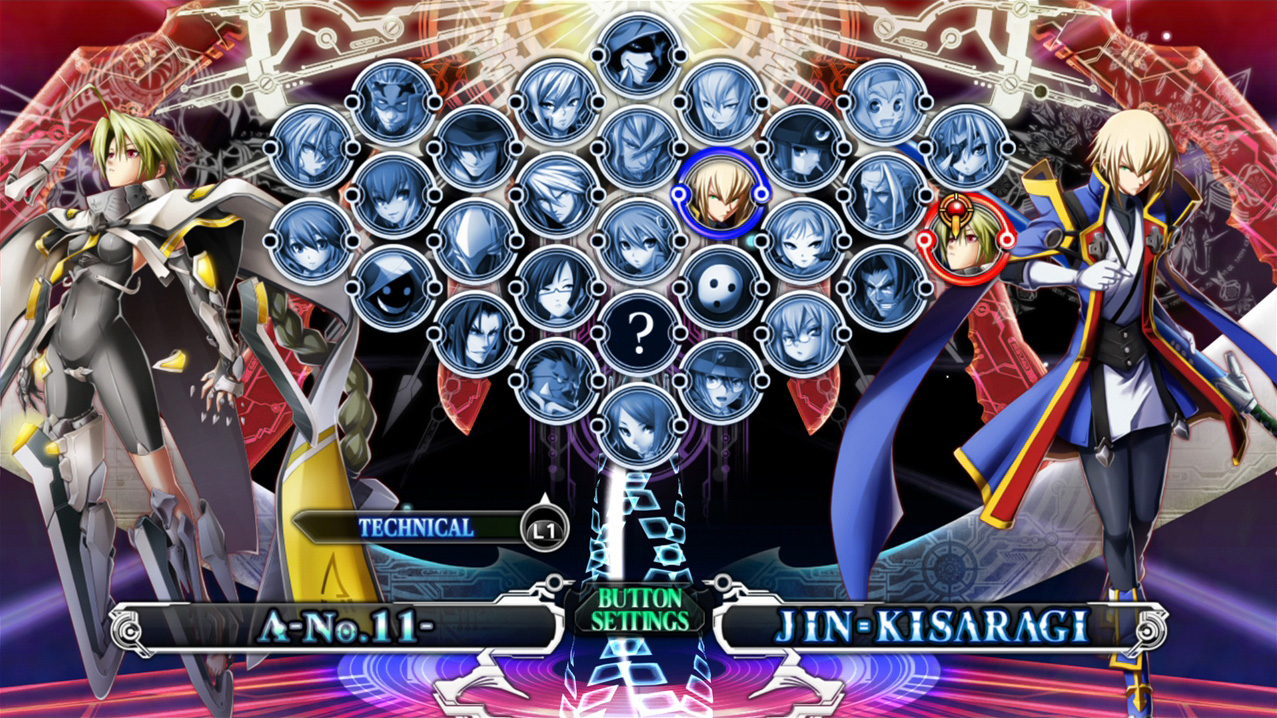 Thankfully when I got into the proper story mode, everything was great again. For starters, this is a lengthy story mode. Many fighting games do not even include a proper narrative, and others have ones so short that they make Call of Duty campaigns look like War and Peace by comparison. Here BlazBlue: Chrono Phantasma Extend gives us a meaty storyline, lots of voiced dialogue and plenty of animated scenes that really flesh out the plot. There is a lot of dialogue here, and the pacing might not be to everyone’s tastes, but I found it very entertaining.

On top of these modes, you have some more traditional ones available in BlazBlue: Chrono Phantasma Extend as well. Arcade, Online, Score Attack and an Unlimited mode. None of these is new by any stretch of the imagination, but the round out the proceedings nicely. The Abyss mode is not exactly new, as similar modes have worked their way into Soulcalibur tower modes and the Arena found in Persona 4 Arena, and you have an idea what you are in for here. You earn experience to toughen up the stats on your preferred fighter as you progress through increasingly difficult challenges. It is nonetheless a thoroughly entertaining mode and serves to make BlazBlue: Chrono Phantasma Extend the fighting game with the best set of options since Persona 4 Arena Ultimax (my favorite fighting game from last year). 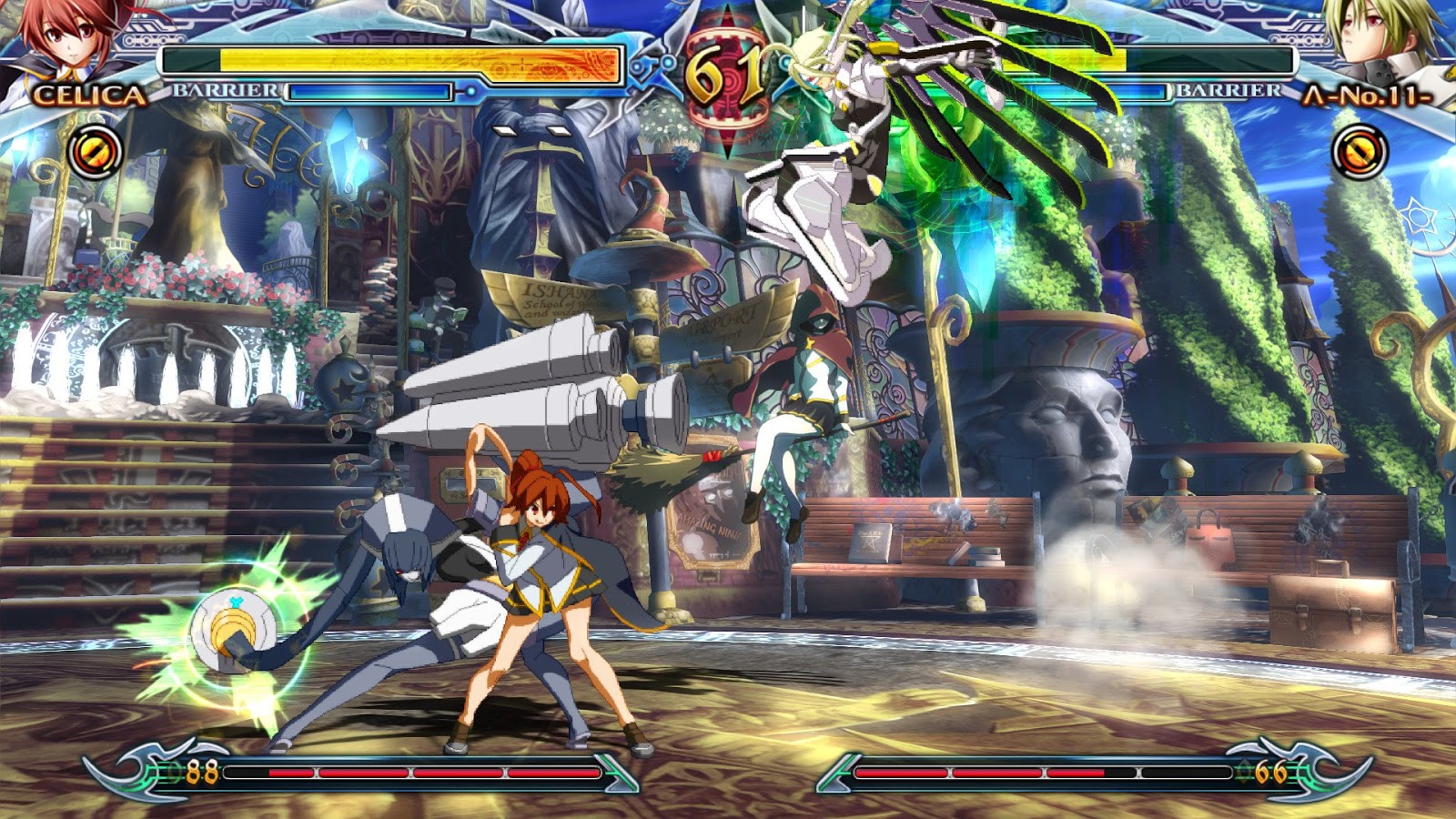 Visually the BlazBlue games have always been striking, and this iteration is no different. The combat is fluidly animated, the backgrounds are stunning and characters have excellent detail. Bright, crisp visuals really help to polish the overall look. This even caries over to menus, that have a crisp, clean look to them. On the auditory side of the presentation, there are plenty of quick comments made by the fighters, the requisite grunts and impacts and plenty of outstanding music. The variety in the music is particularly impressive, as it can range from throbbing, pulsing music meant to get you worked up, to far more somber soundtracks that lend themselves to the supernatural story at play.

Combat is where it is at, however. Any good fighter should be accessible but also deep. If a couple of casual players want to pick up a controller and go a few rounds? They can button mash and still make things look flashy and fun. If you are interested in delving deep into the various combo and counter systems against top flight competition online? BlazBlue: Chrono Phantasma Extend has that kind of depth in its systems.

This kind of anime-heavy, crazy storyline vibe might not be for everyone, but this is a technical fighter with lots of modes and an enjoyable cast of characters that should keep fighting fans coming back for more for a good long time. BlazBlue: Chrono Phantasma Extend provides plenty of value, especially if they have not yet had a chance to play the original Chrono Phantasma.