Lego worlds is one of those games that has huge potential but forgets a key piece of human psychology: we like things more if we work for it.

Lego worlds drops your khaki clad adventurer into a world created entirely out of Lego blocks. Which made me cringe a little remembering all the unfortunate encounters my feet have had with the little things. Like Minecraft, there aren’t any tutorials, you’re basically just left to run willy nilly around the biome and bash things. 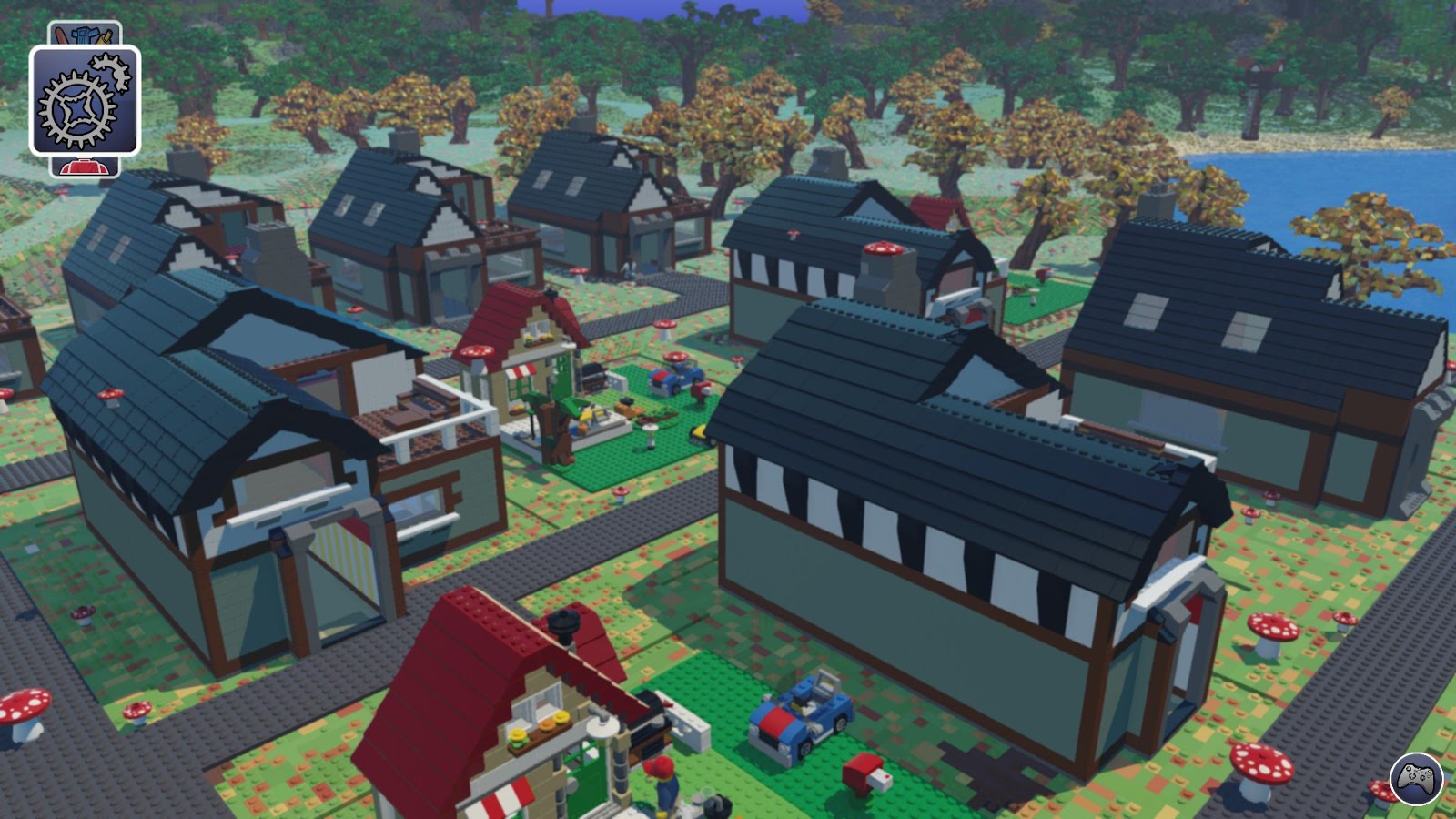 There’s a wonderful sense of light-hearted adventure and I squeed when I found my first motor cycle. I flew around running over bushes with that thing until I decided to swim across the ocean to a polar landscape. There I became queen of the polar bears and ran around with one of them as my stead before raiding a spooky forest filled with vampires like a cute deadly Viking. This was before I discovered there were planes and unlocked the warlock character, then I became a wizard who terrified outlaws from the sky with my fire bolts of doom! Deep in that black forest I discovered a chest which gave my TNT, that continent now lies cratered and smoking, a testament to my awesomeness. Needless to say the initial exploration period was fun.

The environments themselves look like the Lego games with the same cute colorful art style and even some recycled sound effects and animations. When you encounter things like trees or structures the pattern for that object or “prop” is added to your available library. The same goes for animals or vehicles you encounter once you clamber onto them. These plans can then be unlocked with the little Lego studs you receive for destroying said objects and placed to create your own Lego kingdom. Apparently vandalism pays in Lego land. 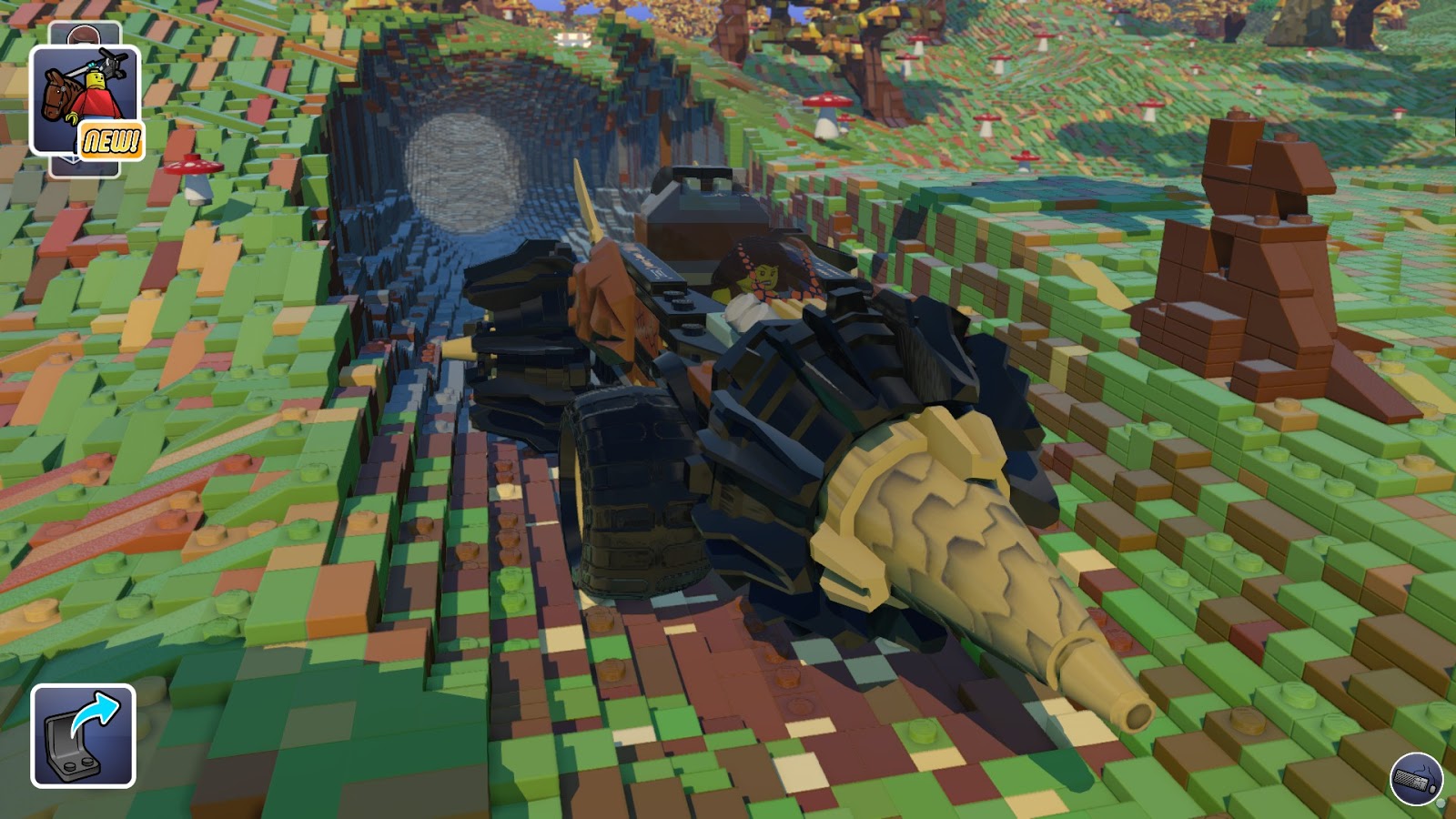 Scattered around are other characters you can meet and unlock, chests you can bash for extra coins and really big chests that give you semi useful items like swords and bananas. Each character has their own special traits like the vampire who can transform into a flying bat or the warlock who can shoot fire.

But that’s pretty much it.

I did try the landscape sculpting tool and the block placement thing where you can supposedly create your own structures, but the camera angles and third person view made it so irritating I gave up. It was much more fun to go ride a goat like a moonshine swigging hillbilly than it was to try to build a medieval, castle. There just wasn’t much point to making one as the plans for two different castles are included in your library along with several other buildings. These can be made by simply clicking and watching your character spew Lego pieces out of a gun that looks like it walked straight out of Portal. And that for me was where Lego Worlds fell short.

It’s really hard not to compare this game to Minecraft which is basically a more “realistic” version of Lego with trees and dirt instead of colored plastic. Minecraft is a good parent, it knows that you’ll appreciate the toy more if you had to mow the crabby neighbour’s law for the money to buy it. If I want a medieval castle I have to go dig the stone out myself and come up with the plan all the while trying not to starve and keeping the exploding bush men away from my project! That castle was cool because of how long it took me to build. Lego worlds gives you everything upfront without anything to sustain you after you’ve discovered everything. I can see the game being very kid friendly, and I think that’s more the audience they were targeting. However, for an older gamer there’s not a lot of replay value as the game is currently. 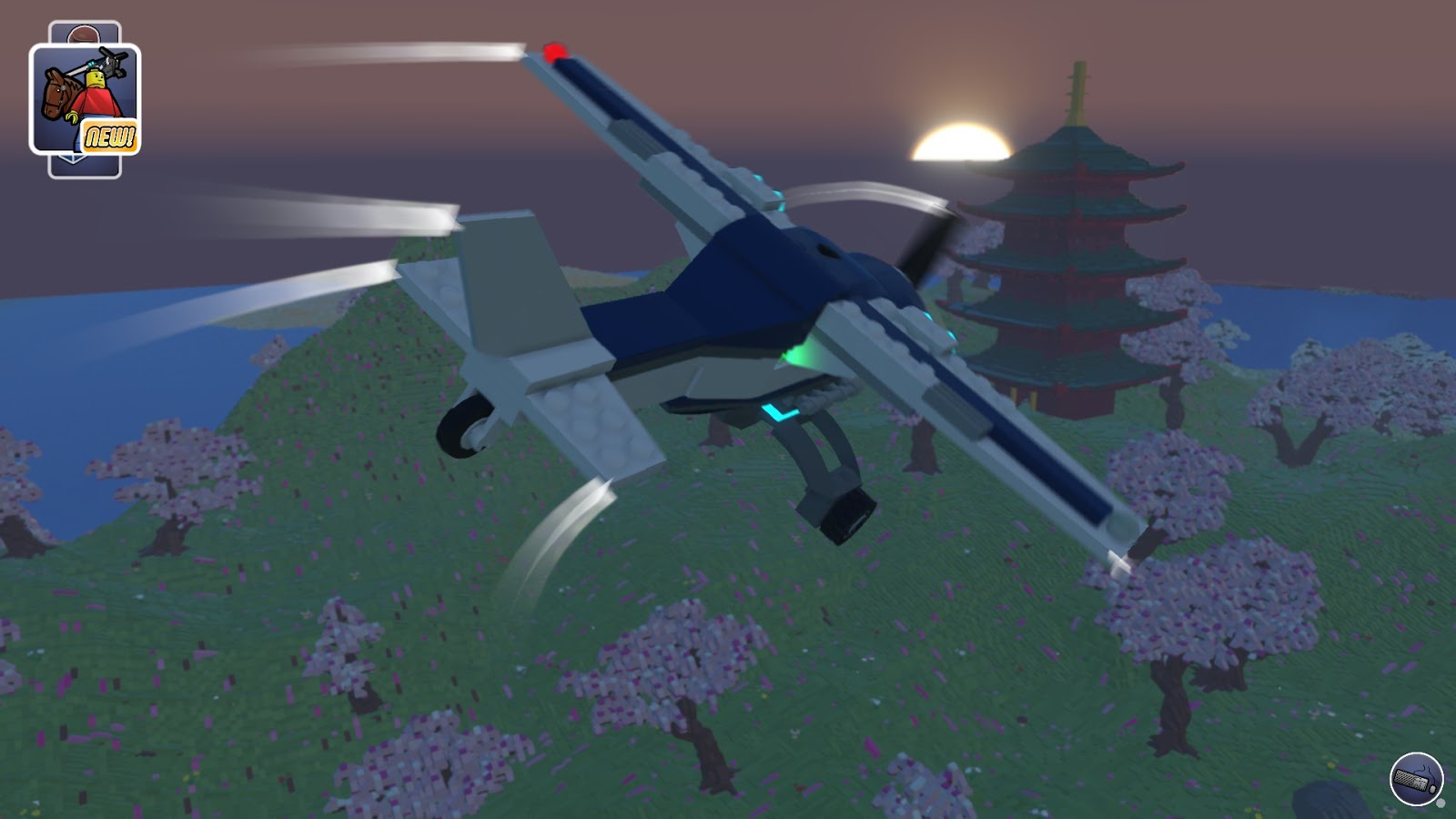 I would love to see an overhaul of the brick building feature. If it worked better I would be more inclined to start creating my own things. As it is it’s much easier to use the prebuilt options which doesn’t hold the same appeal.

Surviving is also very easy as the enemies like skeletons put their dukes up and taunt you before actually trying to slug you. What is it with skeletons being the bad guys? Seriously, these guys are already having a crappy day what with the being dead and all and yet you walk up to them and punch them. Seems a little unfair but I digress.  One or two punches usually takes them out while your character can survive four hits without “dying” and reviving at the cost of some coins. There’s not a very strong survival or combat aspect to the game but the building/creating side doesn’t work well either. This basically leaves you with running around and bashing things, therapeutic but tiresome after a bit.

While I enjoyed the hours I played with it, it just doesn’t have the same hook for me that Minecraft does. Lego Worlds has a lot to live up to in the arena of sandbox games. It has huge potential but it needs to really bring it to stand out. 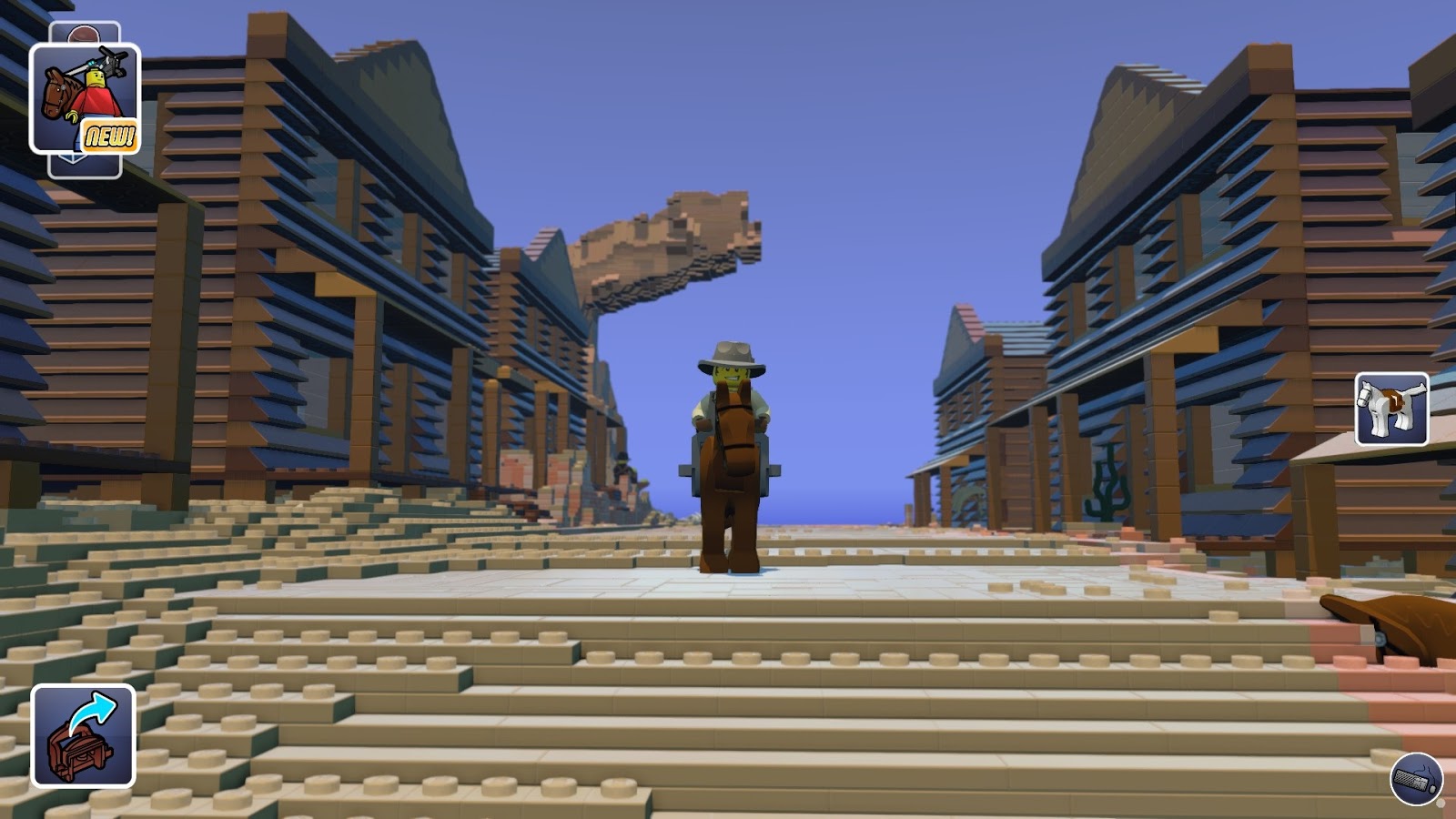