Monster Trucks should be all about fun. They are massive, over-powered and over-sized vehicles let loose on tracks to perform stunts and cause some solid carnage. A title called Monster Truck Destruction should be about as entertaining as a game comes, but it is held back by limited options and game depth that fail to take a fun premise as far as it could have gone. 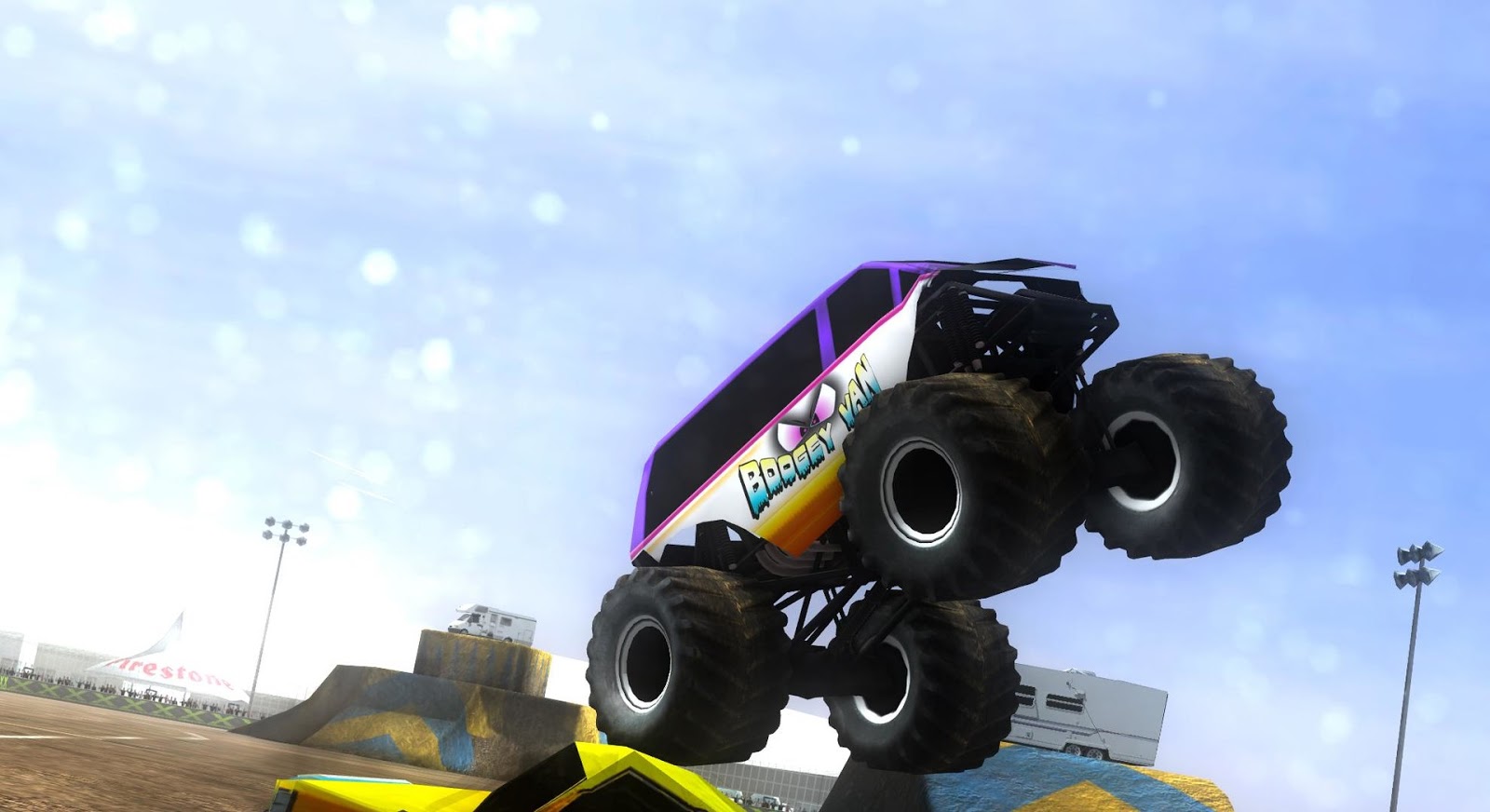 The problems start with the options, of which there are very few. Low and high graphics, neither one of which feels like it has really seen a notable uptick from its mobile counterpart. The controls are incredibly basic, with touch/tap in mind. Here you will be using a mouse and keyboard instead – with controller support sadly lacking and creating something of a missed opportunity to take advantage of the game’s arcade feel. It claims full controller support, but I have no idea what kind of controller the team was using. I have a PC one, an Xbox certified one and a PlayStation 3 controller (that I use with a remapping program for the inputs) and none of them works properly. The Xbox one allowed me to surf the menu options, but that was pretty much it. 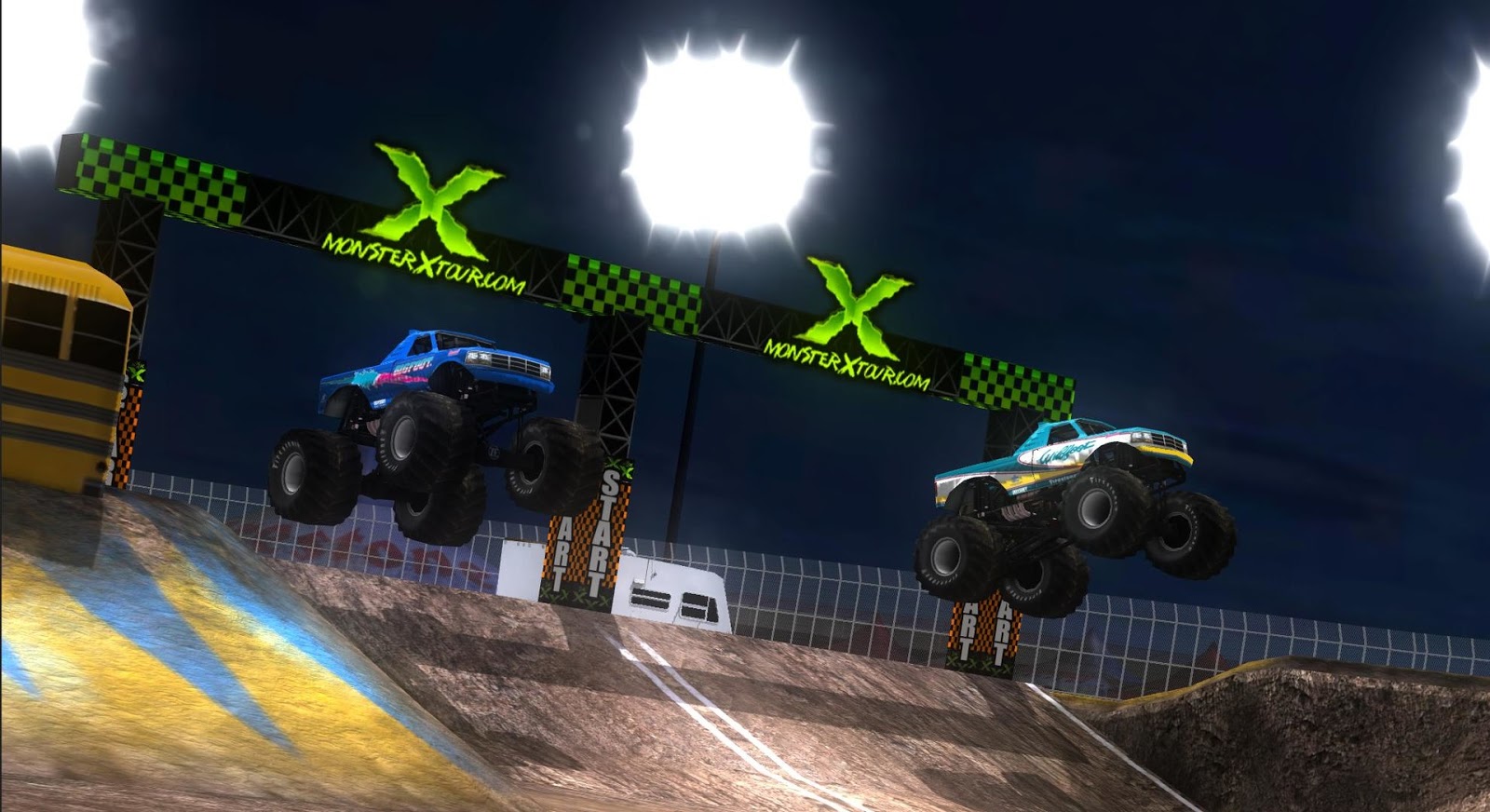 The other issue is the relatively shallow depth of the game itself. Like most racing games, you start off with a bit of money and pick your vehicle to start with. As you earn money from participating in events, you earn opportunities to become the champion in two different divisions while navigating a race mode and a stunt/destruction mode. Of the two, I found the latter mode more entertaining, but both took good advantage of the bouncy physics in bringing these behemoth vehicles to life.

With your money you can purchase new trucks and make suitable upgrades as you attempt to progress further in the circuits. I appreciated options for buying and upgrading vehicles, but the costs for doing so are astronomical. In theory that is fine as you will be coming back for more, but with so little variety in the core gameplay, Monster Truck Destruction becomes an exercise in grinding. 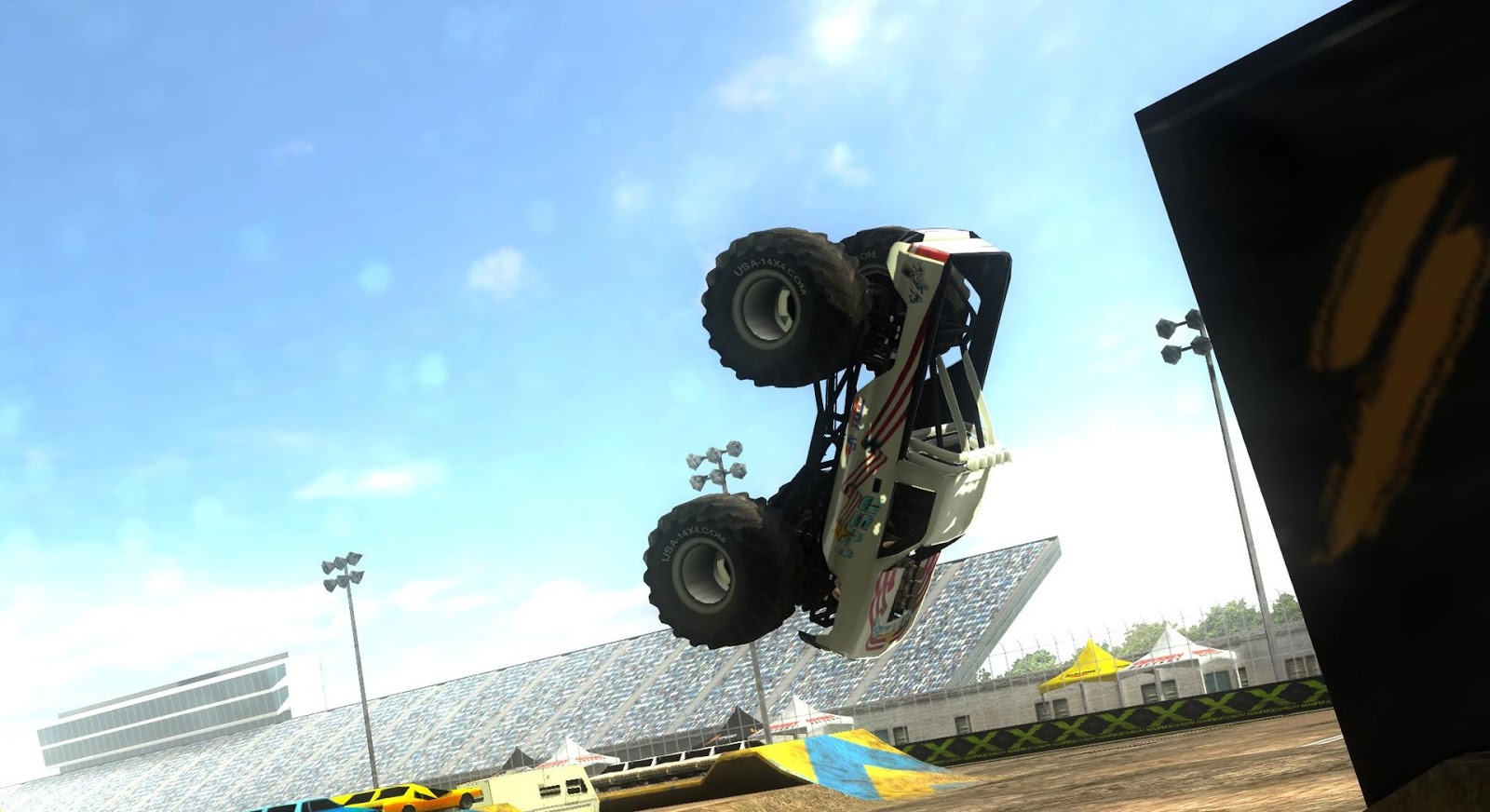 The soundtracks released with the game are appropriately blasted metal tunes, but with only a handful of different tracks, they can become pretty repetitive as you repeat your races. The racing controls themselves feel fine, though they take some time and patience to get a feel for. That makes sense to me, given the size of these trucks – why would they feel like a race car? That said, reverse does not appear to work at all.

Monster Truck Destruction is a disappointingly bare bones mobile port that really does not do anything to justify its price tag (especially when one considers that the mobile game is free). With some more polish on the control side of things and more depth to the types of events you could partake in, Monster Truck Destruction would at least offer up some simple, serviceable fun. Unfortunately the end product is too rough for its own good and difficult to recommend at this time.