Sometimes there are games that rope you in due to an incredibly deep, twisting narrative. Other titles use photo-realistic graphics or movie actors in their voice cast to breathe life into their creations. There are a variety of hooks that development teams use to try and draw players in, but quite often the most effective is simply making a game that is a ton of fun to play. Rocket League fits that description perfectly. 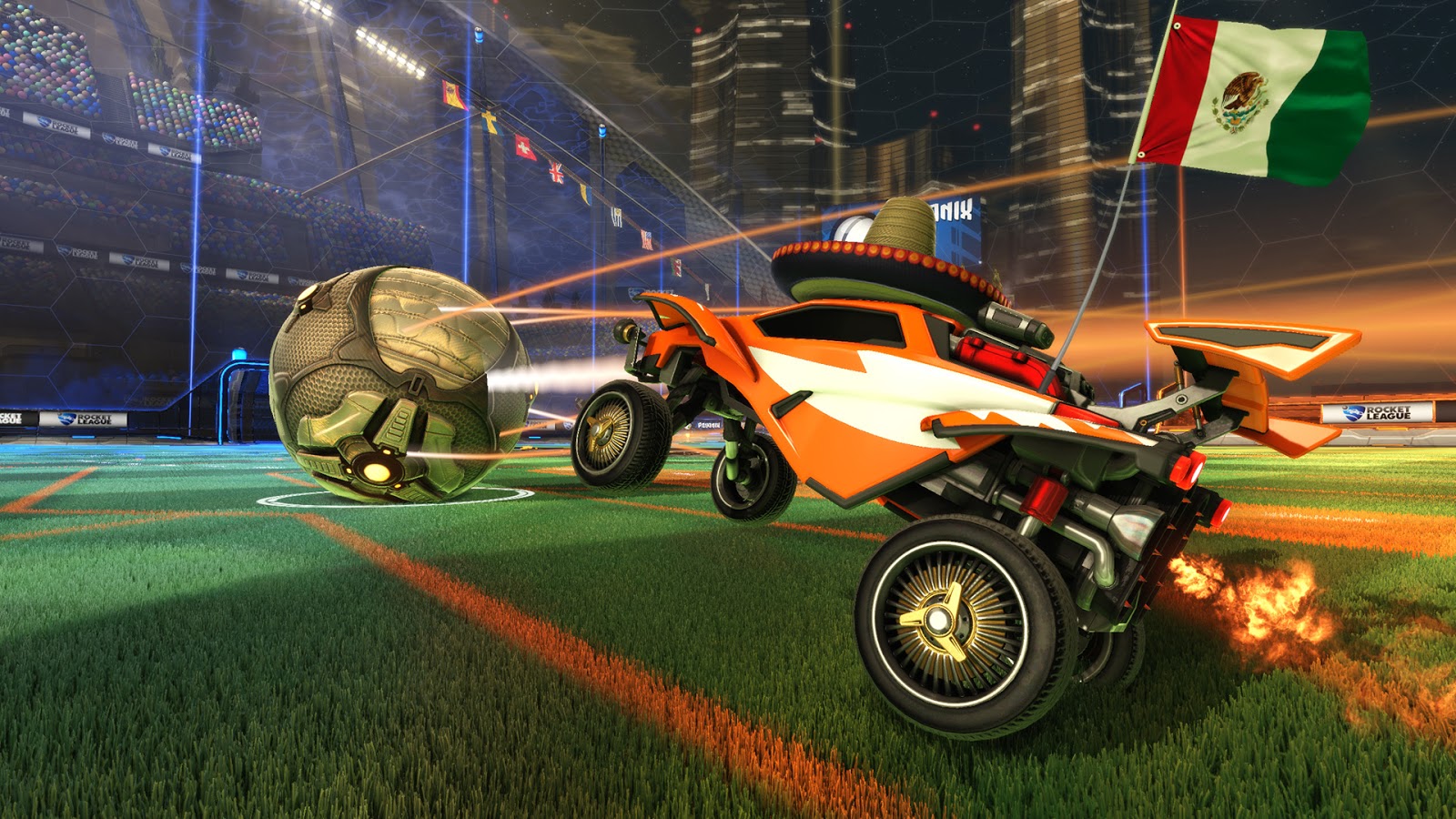 The idea is ridiculous, but so highly entertaining. Take the sport of soccer, but instead of using players, go ahead and use racing cars instead. They can jump, flip, burst forward with incredible speed as the teams slam into one another while trying to guide the oversized ball into the other team’s goal while keeping it out of their own net. The premise is very simple, but also very fun.

There are multiple reasons why the formula for Rocket League works so well. For one, the game is highly approachable. The tutorial only takes a few minutes but you can figure out the basic controls and start zipping around the arena in no time. White traditional soccer games tend to be slower paced affairs in the video game world, Rocket League is a brisk game that is frequently carrying out its action at a breakneck pace.

Because these are cars and not people, the movement and momentum are what makes the experience a unique one. Flying forward in a straight line is simple enough, but the arcade-like physics can be highly unpredictable when cars have to veer and start powersliding around the arena. Straight line movement is fast, but lateral movement is basically non-existent. You can turn, but there is a turn radius. The cars are fast, but not easy to aim. Adding to the mayhem is the bounciness of the ball. The arena is also closed off, giving you and the ball walls to bounce off of or race around. My absolute favorite highlight was an instance where the ball was about to strike the wall. I zipped up onto it, boosted and then jumped, striking the ball and changing its trajectory before it could reach the wall itself. That quick change forced it to veer off in a new direction – that happened to land in the opposing team’s goal. I wish I could say it was skill that drove me to that particular highlight, but if I’m being honest here, it was more likely 90% luck – but I’ll still take it. 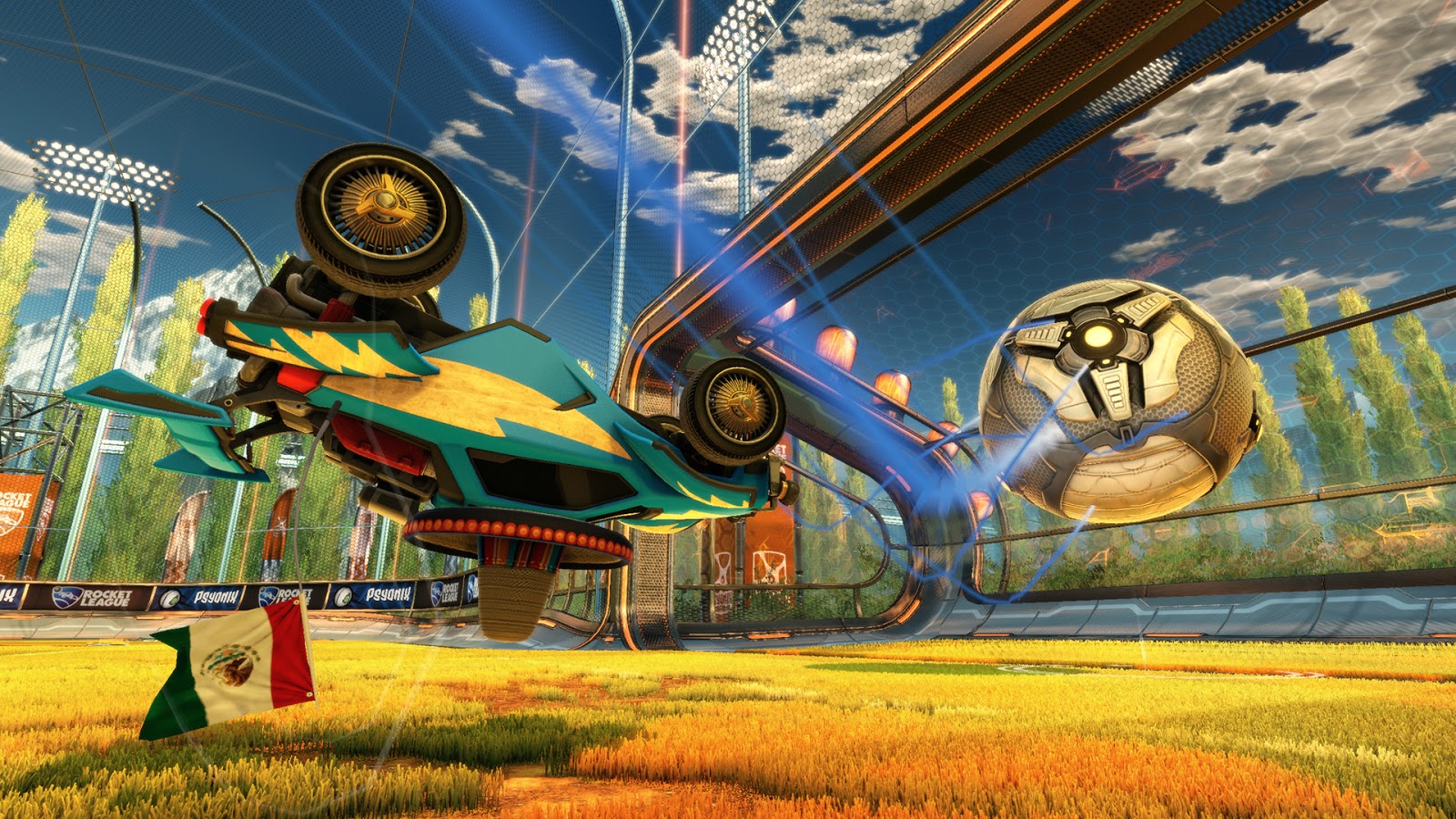 While the controls are simple enough to learn, there is a depth to the mechanics that is not immediately apparent. You start to learn how to read where the ball is bouncing, how to time your jumps better and the best moments to leverage your boost charge. The first time I made an actual save on goal, the ball was hit by one of the enemy AI around midfield, and it was rolling towards our goal. I had a full compliment of boost at my disposal, so even though I was on the wrong half of the field, I just sped for all I was worth towards my goal. Just as my boost ran out, I hit the powerslide and clipped the edge of the ball – pushing it just out of the way of the goal where it bounced off of the nearby wall instead. These moments are an absolute rush, because while the potential for those memorable plays are almost always there, the chaos of the game means that they do not happen very often.

Matches are relatively short five minute affairs. My first night playing the game, I unlocked exactly 50% of the trophies and finished a season (albeit the shortest season option that could be selected). Rocket League is a game that begs to be played with other human players. The AI is not bad, but Parker and I were talking about this the other day and we both agreed that the AI is built in a way that allows them to interact with one another – but not necessarily with players. Computer opponents seem more adept at passing the ball and setting up actual organized shots. Parker and I could both recount stories where we were performing what seemed like logical actions, such as streaking unimpeded down the middle or the opposite side of our teammate, but the AI teammate did not seem to register we were there and move the ball to us for what should have been an easy score. 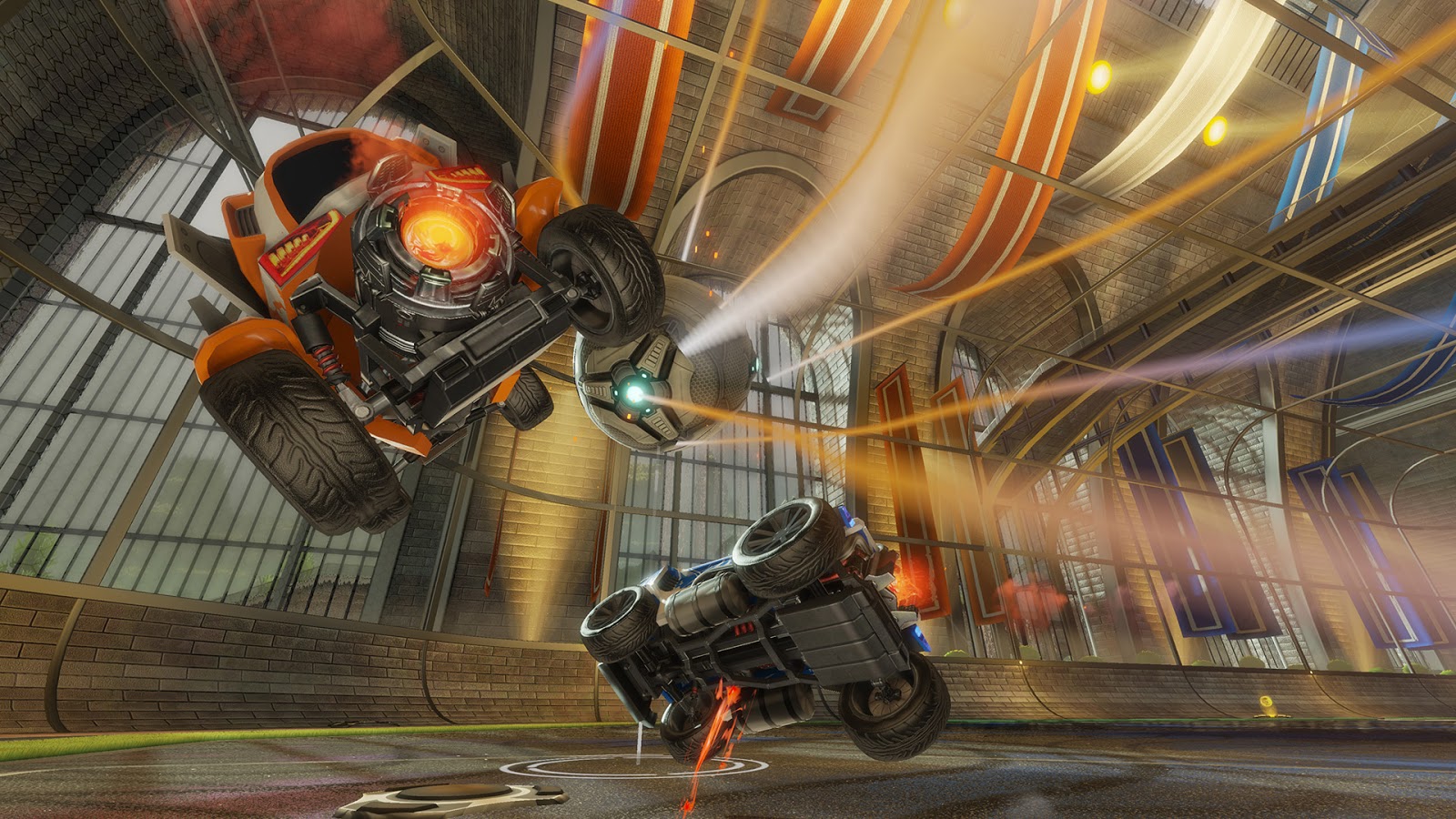 Clearly the AI has that capability, because we had both seen it perform plays like that against us when all three opposing cars were computer controlled – yet the teammate AI seems to struggle somewhat with human companions. Playing with friends however, encourages you to communicate and work as a team (or to give you some bragging rights when you best them).

Even with such a fun core game, it was great to see Rocket League providing other hooks as well. There are plenty of unlockable items that can make your cars look as cool or ridiculous as you would like. Want a sharp paint job? Sure – apply a flame look to your car. Want to wear a beanie on your roof? Why not? express your uniqueness. Rocket league is all about the fun, and as such these customizable items feel right at home.

Rocket League is not perfect. It could use some deeper statistics or leagues as well as sharper teammate AI, but the fundamental game is a riotous good time with plenty of unlockables to keep players coming back for more. The first night I found it entirely too easy to just say ‘one more match’ – several times in a row.