Game maker programs can often prove very hit and miss. I have used quite a few over the years, and there is a fine line to straddle between making the software accessible, but at the same time not too limiting. Most programs tend to go too far in one direction or the other, but Shoot ‘Em Up Kit manages to find that delicate balance most of the time, making it a useful and entertaining piece of software. 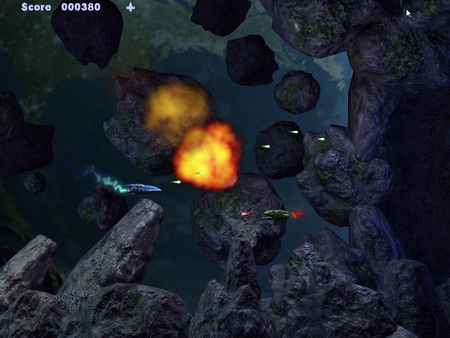 Maker software is both a great deal of fun for those with a creative mindset, but also often represents a fairly large investment of time to be successful with. I have poked at a couple of other shooter game makers in the past (admittedly, it has been several years) with varying degrees of success. They both seemed aimed at low barrier of entry. This is great for getting people hooked, but at the same time once you know your way around the software, it often leaves you wanting for more.

Shoot ‘Em Up Kit does have a fairly steep learning curve, but there are some nice tools built in that serve as training wheels to help get you started. I would strongly recommend starting with the wizard, which steps you through many of the basics when setting up your first game. Even then, I would strong encourage referencing the website, where a plethora of video tutorials wait to help guide you through the process. The help files are a decent reference if you have an idea of what you are looking for, but actually seeing the software in use is going to give you the most bang for your buck in terms of time spent learning the software. There are also some handy PDF guides on the above linked page that will get you pointed in the right direction. 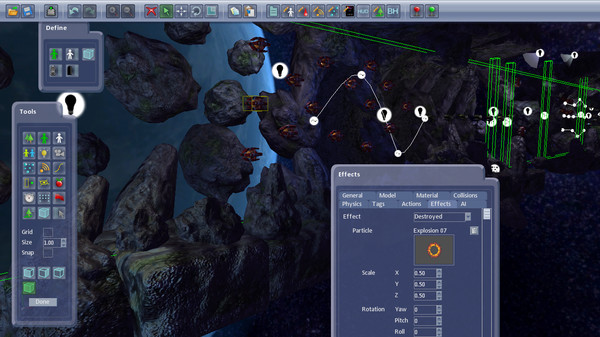 Some of the materials feel somewhat dated, but thankfully the package comes with some demo games that give you a really good idea of what can be done with the software. It was surprised at the sheer variety just found in these demonstrations. There was a game that mimicked Space Invaders, scrolling shooters, single screen shooters and more. The idea that you have lots of options open to you are reinforced by these demonstrations. Growing up an NES kid, I personally loved the side scrolling Gradius style games, so those are primarily what I stuck to.

It can be a lot to take in, but this feels like one of the most rewarding maker programs out there once you get your feet wet and start to realize your options. The engine itself is versatile with lots of visual effects (you can make games in 2D or 3D, there are lots of directional lighting and flashy particle effects). Sound options are a little less flexible – there is simply less to be done. You can impact range and pitch, things like that – but the visual presentation options are the meatier of the two. I was a little surprised that there seemed to be no MP3 support, but you can use oog, wma and wav formats. 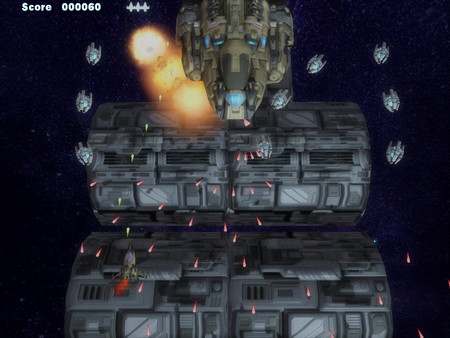 Speaking of options, there are plenty more beyond just the sound and image presentation. You have control over the different inputs (keyboard, controllers, whether you want to support touch or tilt devices), and related to that is a fairly solid physics engine that lets you tweak how ships react in their environments. Some pretty basic AI can be applied to the enemies (mostly you are setting their patterns – like do they dodge, shoot, try to move to specific locations, things like that). These can work off of triggers nicely to help create more cinematic, scripted events.

Because you can input your own graphics and sound as well as making tweaks to how the physics work or what ‘kind’ of scrolling action (if any) you want, there is a good deal of variety to be had here. However, because this game leverages engines and the drag and drop principles of design, there is less customization available than say, those of us familiar with RPG Maker. You are not going to dive into the engine to code new scrips or entirely original functions like you might in those games. Shooters are generally a simpler genre than RPGs, but it is worth noting that while the systems here are deeper than other shooter makers I have played with in the past, the option to really deep dive in and customize is a bit more limited than makers found for some other genres. 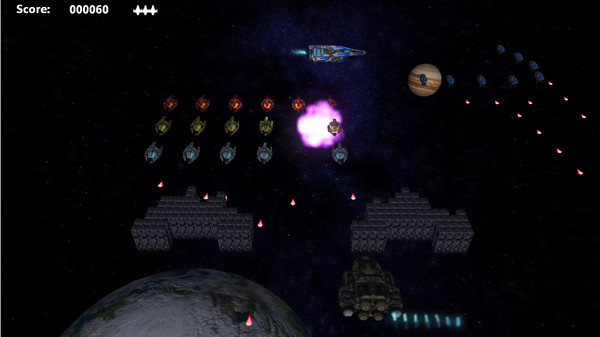 The shooting genre is often a somewhat simple one when you boil it down to its essential properties. You can design a quick game in this software within a handful of minutes once you know your way around. Thankfully there is enough nuance to be had here that you can do more creative things with your title. The bow on the package is that you can easily save out your games as .exe files for yourself or others to play.

I have my doubts that Shoot ‘Em Up Kit will ever have the same kind of devoted following that the RPG Maker series has seen over the years, but this is still the best tool for making a shooting game that I have seen to date. If you are a fan of the genre and like to create games, this gives you something different to work with that is a good deal of fun. There is a bit of a learning curve to be had here, but upon familiarizing yourself with the menu, the drag and drop interface is quick and intuitive.