I have a real soft spot for horror games, and while the traditional settings of haunted houses and graveyards are all well and good, science fiction can make for some pretty tense atmosphere as well. Dead Space and Dead Space two were a couple of my favorite horror titles last console generation (I try to pretend number three never happened) and Solarix has that sort of Dead Space/System Shock vibe aesthetically, if not in actual gameplay. Solarix has some really solid ideas, but it only executes well on some of them. 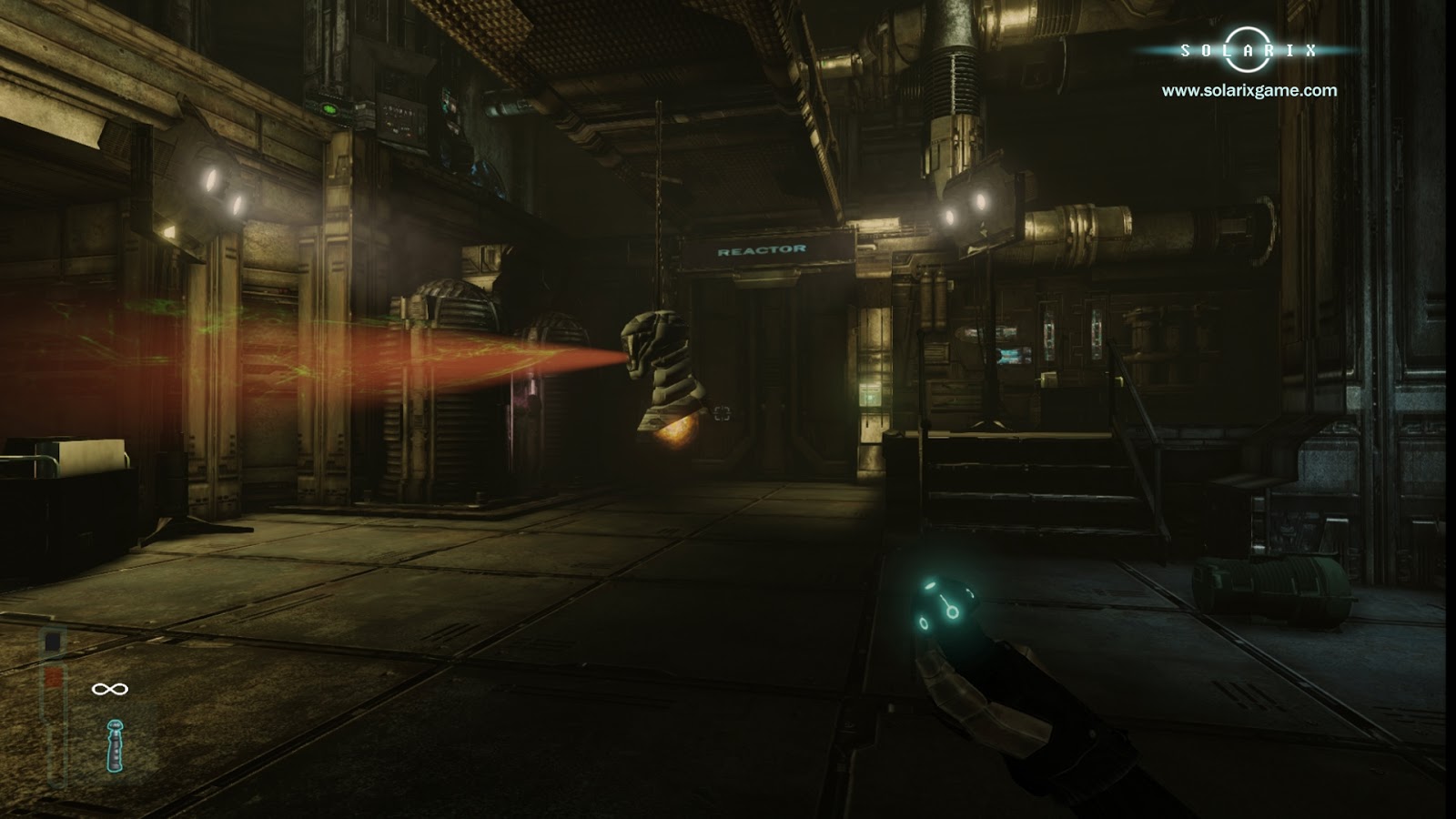 For an indie effort, Solarix’s presentation is pretty polished. The outstanding use of sound was one of the first things that jumped out at me (perhaps both figuratively and literally), as it really helped to set the stage and create a tense atmosphere over a variety of environments. Without a doubt the audio is the standout part of the presentation. The visuals are effective, but not great. They are dark, gloomy and animates well enough to sell the scares, but the occasional odd visual behavior or lack of detail does remind you that this is a smaller team effort.

One of the areas where the visuals do shine is in the environmental variety. Many science fiction horror games rely on high tech locations such as space ships and darkened station hallways. Those things exist here, but there are some natural habitats thrown in for good measure. Creeping through the forest is appropriately creepy, and it makes for a nice shift in scenario. However, the game is very dark – likely intentionally so to help create tension, but at times I feel it is overly dark in an effort to obscure some of the textures that might be lacking in detail. 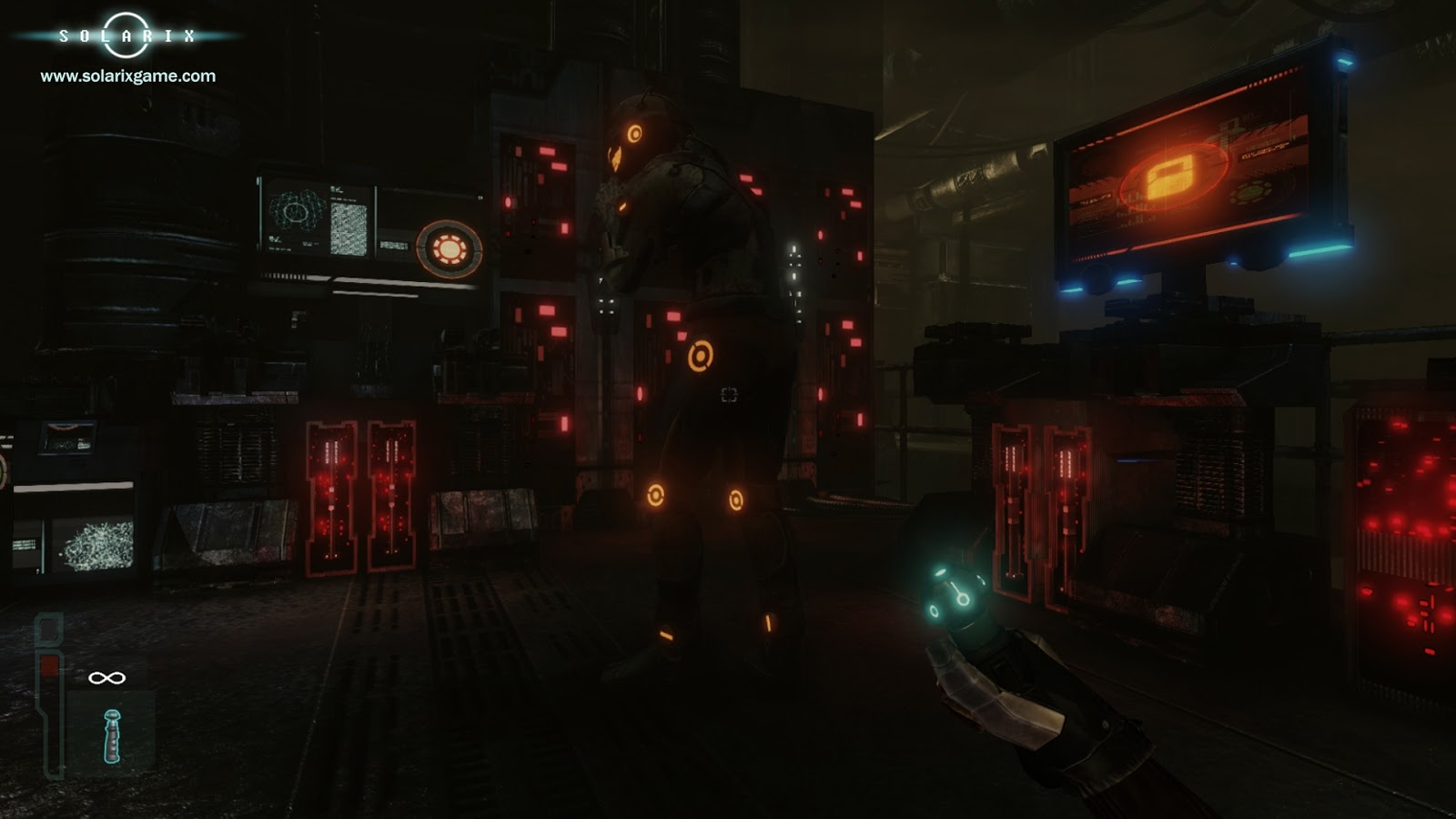 How about beyond the audio and visual presentation? There is some glitchy behavior that unfortunately has to be taken note of. Credit to the development team for listening to feedback and cleaning some of the issues up, but issues persist. The visual engine could use some optimization as things can stutter and slow down at times. Enemy AI is also pretty questionable at times. This goes to the heart of the gameplay in Solarix, which offers you stealth and combat options. Both can cause the enemies to behave oddly, but the AI issues are more prevalent when skulking about.

I suspect that this has to do with breaking the enemy from its preset path. I saw creatures getting hung up on parts of the environment at times, and at other times just behaving in ways that can only be described as erratic. Again, this was a bit more of an issue when I was trying to handle things stealthily, because that style relies heavily on enemy paths and how they react to distractions and things of that nature. It was far less noticeable when I was playing guns blazing – likely because in those instances the enemies were clearly centered right on me. The problem is, Solarix in theory is offering you two ways of handling enemies, but the combat is just not a realistic option much of the time, forcing you to rely on stealth a great deal. 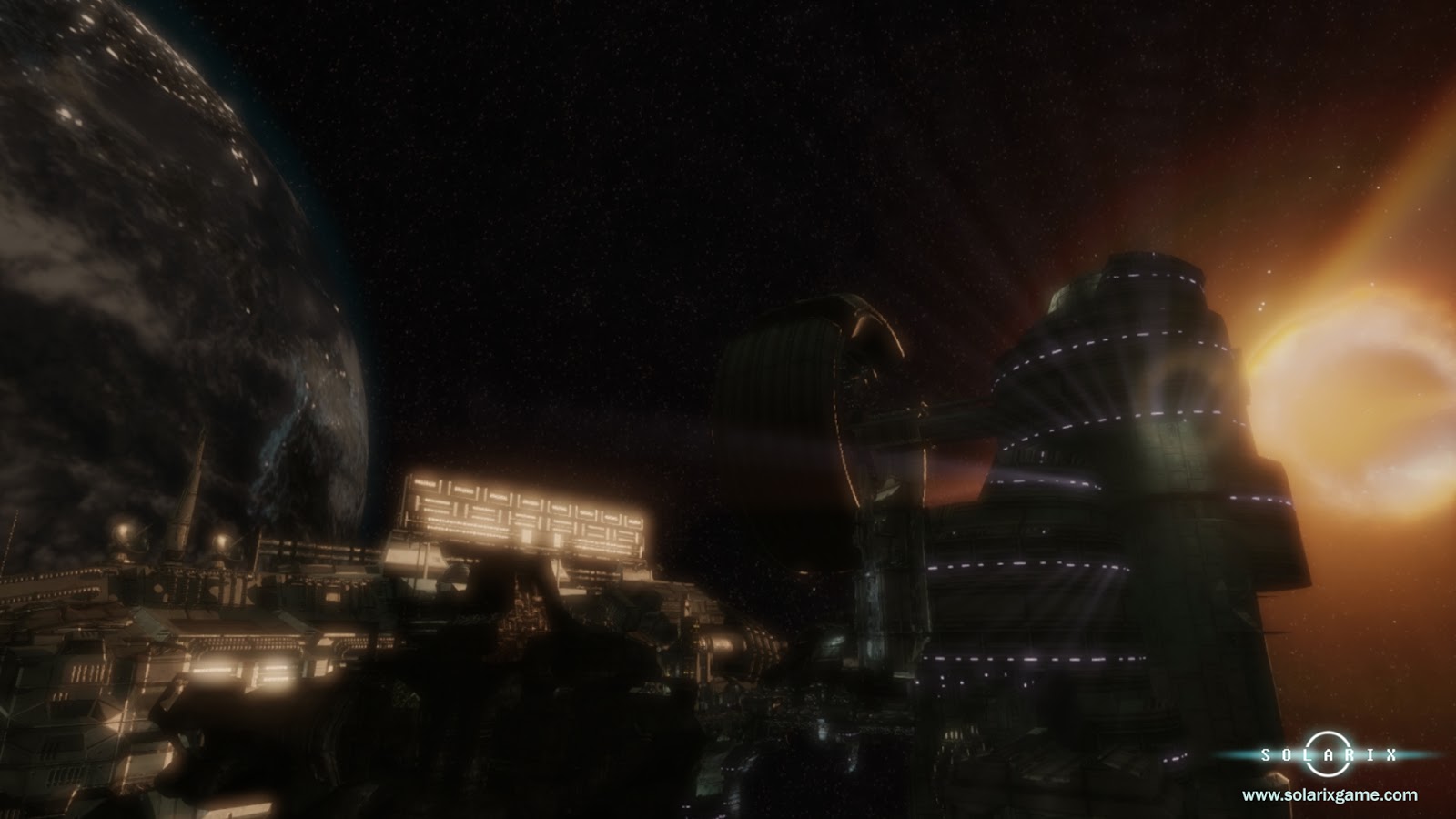 The stealth is unfortunately better in theory than in execution for other reasons as well. I am not sure how the line of sight and sound was configured, but there were times where it felt like the enemies were almost standing right on top of me without noticing me. However, I could be a dozen or so feet away, behind the enemy, but the moment I rise from my crouch and take a single hesitant step, that same previously oblivious enemy might wheel around on me.

Thankfully the game is helped by a strong story. Mind you, it is not the most original story ever (it will no doubt feel fairly familiar to fans of System Shock 2, but that is hardly a bad story to use as a template). Levels are fairly linear, with puzzles that are more about slowing you down than really stumping you. I found exactly one that was what I would deem challenging, but they were all framed well within the environment with an existence that made perfect sence. 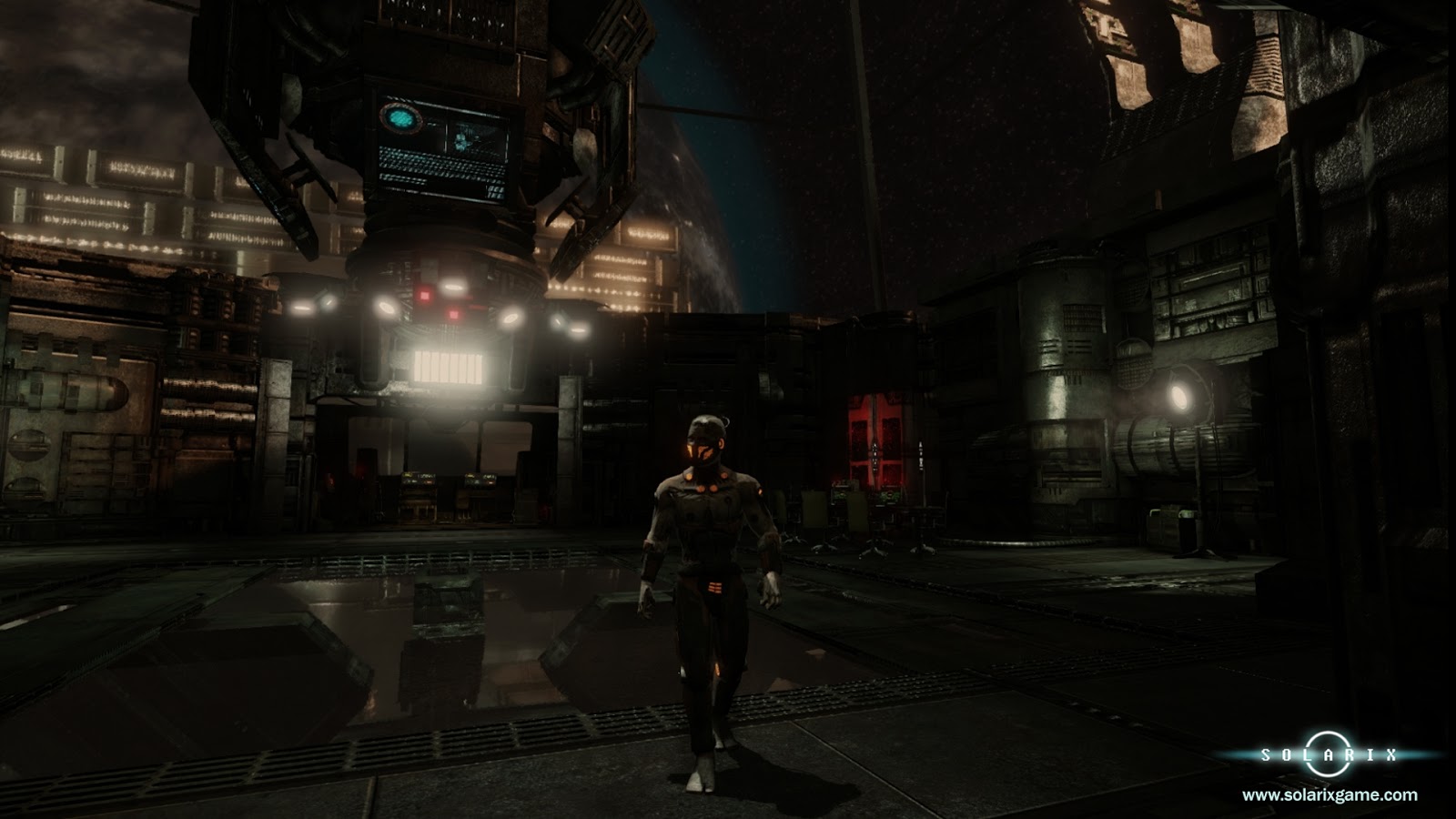 The pace of the game will likely be a sticking point for some people. The story and the game play are both quite a slow burn. I am actually quite alright with that, but for those looking for a more action-oriented game and a story that is rolled out in quick fashion, Solarix will probably disappoint you. However, the slower pace of the game and the narrative rally sets up some quality jump scares that did their job quite nicely. Also, the story pays off pretty well in the end, setting up a decent universe that actually feels as though it has a good deal of potential to be expanded upon.

Solarix will not be for everyone due to its slower pacing and occasionally wonky enemy AI in regard to stealth. However, if you enjoy a slow burn with a solid narrative, the science fiction horror that Solarix provides should be entertaining. Unfortunately buggy behavior still persists despite patches and level design is fairly straightforward and uninspired. The end result is a game that has some good ideas and solid atmosphere, but generally fails to live up to its potential.