Toukiden and I have a history together. Having never played a Monster Hunter entry by that point it was the second time that I had played something of the sort. Let’s say that it was a good thing because I really didn’t enjoy Soul Sacrifice or Soul Sacrifice Delta when I tried them out. Since then I’ve played a Monster Hunter, I’ve had a lot of fun with Toukiden: Kiwami on the PS4, and now I’ve had a chance to run it on the PC. How does it hold up to its console counterpart? Rather well. 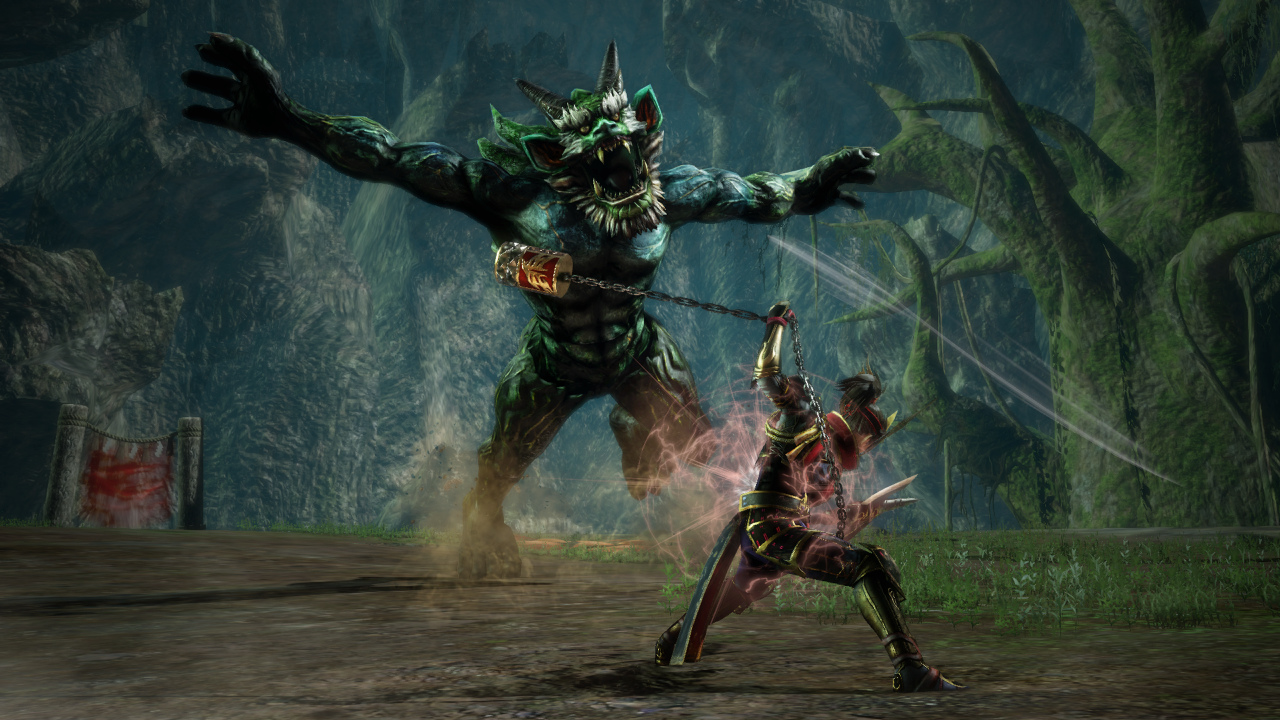 Arriving in a small forested village as a rookie, Toukiden places players in the role of a Slayer taking place in mythological ancient time-warped Japan. The Oni, which are demons of a sort, emerged eight years prior and have been tearing up the land since. It comes down to you alongside the other Slayers in the village to stand up against that onslaught if the village is to survive.

I’m going to use the following term a bit loosely, but Toukiden is an Action “RPG” in which players take on missions and slay countless amounts of Oni in the field in a third person style. The reason for using the term loosely is that players do not ever actually level up as is a staple of being an RPG, but their however equipment does. Now while equipment can be forged into higher levels with specific very expensive materials, they can also be upgraded almost free of cost by using them in the field. By doing so, weapons and armors can level up and become more powerful once each individual experience meter has been filled. From there it’s a simple trip to the Blacksmith to upgrade without ever needing to hand over hard earned materials and money that were used to craft them in the first place. 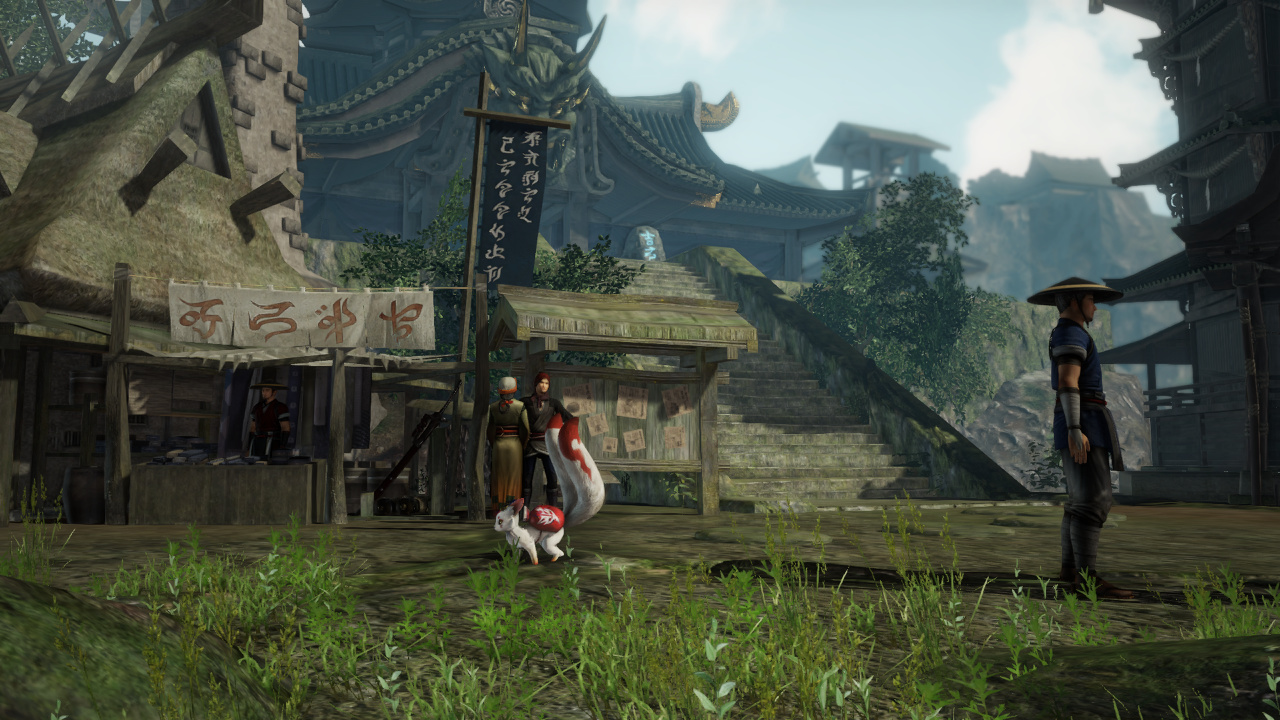 Using a similar principle, Mitama which are Spirits of Great Warriors that have fallen to the Oni, can also be equipped and leveled up by using them in the field. These spirits grant different skill forms depending upon which style they used in life while also granting passive bonuses that are always a plus and welcome to have. Unlike equipment however, Mitama only require money to be used for the shop in which they can be upgraded. As Mitama are more permanent than equipment in regards to they are always useful and never outdated in terms of power, it has always been a welcome feature that they only required money and not forms of spiritual items to upgrade them up faster.

Like its inspiration of Monster Hunter, Toukiden’s fields are divided into sections both big and small with pathways linking them up. These pathways serve to split off each area and require almost no loading times to switch between them as the next area is loaded up almost instantly. Because of the time distortions created by the Oni, there are a variety of different Eras (area types) to explore which change up the maps and the types of materials that can be gathered.

Materials, as mentioned above in regards to the creation of new equipment, are pretty much your best friend and you will want to gather as much as possible to make each trip worth it alongside completing your mission objectives. Materials can be found either lying on the ground or gathered while purifying the body of a slain Oni. Regardless of Single Player or Multiplayer, there are generally four people in the party at all times unless otherwise specified so don’t worry if you didn’t pick up the materials, someone else may. 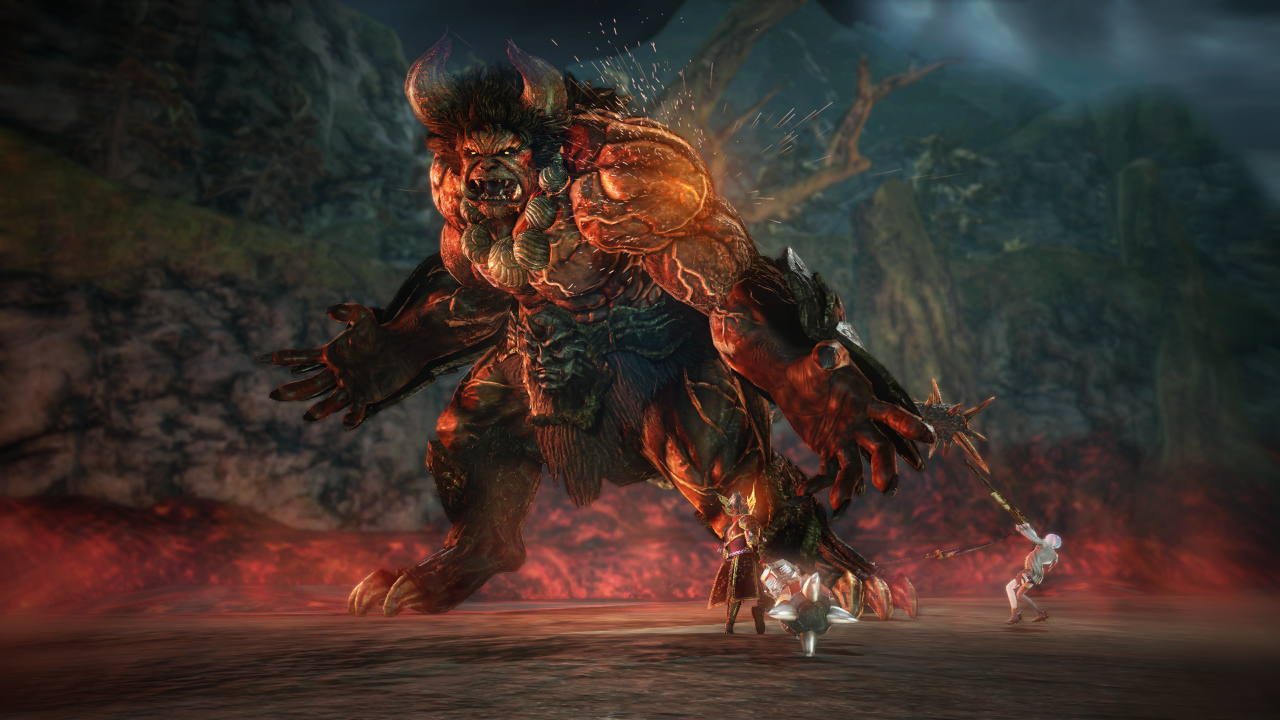 In the material collection department there is a bit more help that can be found in the form of your Tenko. This little fluffy creature can be sent out to any Era that has been uncovered to bring back both specific and random items. The length of time needed for the Tenko is simply only one mission so checking back on the little fluffball every time you come back is important. Now just remember to feed it as it does a much better job on a full stomach!

What I’ve always found interesting was the weapon selection and how different each felt from one another. While certain weapons such as the Gauntlets are amazing for breaking things off of bosses or simple laying into smaller enemies, they are slow and require decent timing. Generally one to use a spear or a bow, I instead tried out the Gauntlets and a few chapters in is where I really got the gist of it. That’s the beauty of it though. Things take time, not every weapon no matter how cool they look are for everyone, and nothing is ever just given for free.

Now while going out into the field to gather materials and fulfill mission orders is fun and all, Bosses are where the real fun is. These are giant hulking masses of destruction which can easily swipe and knock you halfway across a map like a stone skipping on water with no more than a ounce of effort. Unlike normal Oni which have a set amount of health, bosses have large amounts of health that is hidden beneath a physical barrier. This barrier can be found in specific spots that can be broken off and purified of a chance at getting high quality materials for specific gear creation. Once broken, the player can hammer in everything they have for damage as it attacks the Oni’s life force directly. Each boss has several of these points which can be broken off to allow for more possible damage points by the team. There is technically a second barrier that exists and it slows down the ability to break off limbs including the more spiritual versions that replace the physical ones when they come off. This second barrier needs to be brought down and unlike health, anywhere on the boss is fair game. Between these two defenses, Bosses can be quite formidable until strategies can be formed to bring it down to a science when hunting for specific materials. 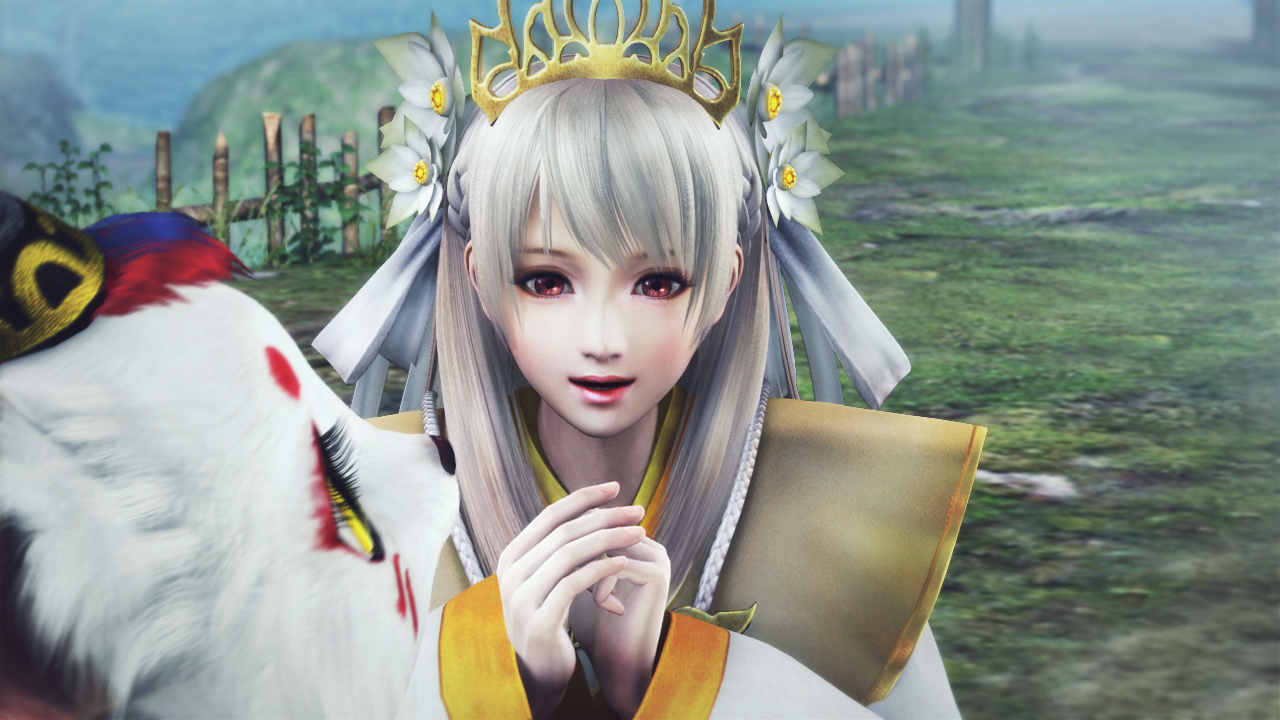 Technically I have a few issues with the game but my biggest are with the multiplayer aspect which also exist in the PSV / PS4 versions. When joining into a multiplayer lobby there are several features that become unavailable to the player until they re-exit into their own single player worlds. It becomes impossible to create any new equipment or armor, buy items, or send out your Tenko on their own missions. Within the equipment rack it is possible to upgrade your equipment and Mitama in regards to their levels, but when it comes to anything new you are out of luck. This can really slow down multiplayer progressions especially if it is near to the beginning as players will constantly be heading back out to make new equipment as weapons and armours can get outdated rather quickly. For anyone playing Single Player this will never be an issue.

On the Single Player side of things there could be some slow downs here and there within the village as the framerate would come crashing down by the merchant and the stairs up to the mission center. As the chapters progressed this slowdown could vary but after chapter 3 it seemed to get worse than better in a lot of cases when running the game on full settings. Being that you don’t spend much time there compared to out in the fields inside of missions it wasn’t that big of a deal as it didn’t seem to happen anywhere else.

The PC version of Toukiden: Kiwami is great in more ways than one. It runs solidly, it looks just as good that it did on the PS4, and it brings PC gamers some console fun in a style that is generally ignored.