Turtle Beach is a powerful brand; there is a reason they hold over 50% of the market share for console accessories and it generally has to do with the fact that they build solid, high quality headsets. With the announcement of the new Turtle Beach Elite 800X headset, we at Chalgyr’s Game Room decided we would take a minute to share the love and wealth of some of their other gear, in this case the Stealth 500X for the Xbox One.  Here is our take on this vaunted brand’s oft-praised headset. 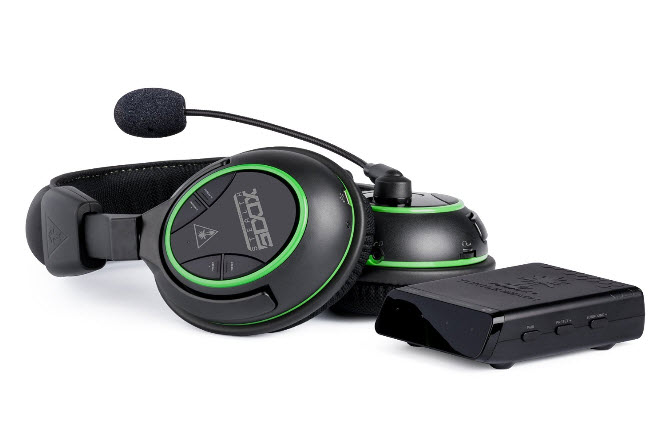 When I received the 500X I squealed a bit; there it was, a beautiful (if rather compact) box containing one of  gaming’s most popular brands and it was all mine. I popped open the box and just took it in; packed tightly into its shipping container, the 500X was sitting nice and snug with that new electronics smell. I loved it. Once I pulled out the few cables, receiver (did I mention it is fully wireless? Oh yeah, it is fully wireless and it is glorious), the headset and a few decals and the startup guide I was literally tripping over my coffee table in my haste to get it plugged in and charging. Fortunately the headset had about a 1/3 of the charge on it so I was able to plug it right into the Xbox One’s rear USB port and the optical porta and I was on my wa.
The headset feels compact and tight; everything about it feels tense, like a beast waiting to be unleashed. The band is stiff, but pliable and never uncomfortable. The cups feel solid and are a little on the small side but after even four or five hours of The Withcer 3: Wild Hunt I felt no discomfort. The headset is gorgeous, with sleek lines, excellent accent piping, and feel solid and durable while maintaining a light and comfortable feel. Honestly Turtle Beach must have employed some sort of wizardry while building it as I have never seen/felt a headset that was both lightweight and heavy all in one, but the 500X is certainly that. 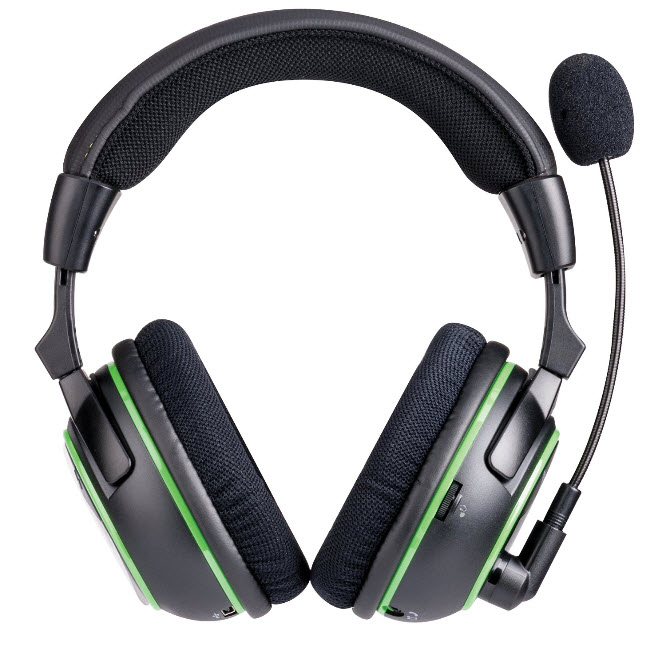 Even on the 1/3 charge I managed about 4 hours of gameplay before it died but I did notice that  as the headset’s battery came closer to no charge there was a definitive *click* in the audio; it was quite annoying but once I charged the headset and went back the following day to play some Battlefield: Hardline online I did not experience it again. (*UPDATE NOTE* After E3 finished I was playing some Gears of War Ultimate on the Xbox One and as the headset neared the end of its charge the clicking reappeared; I believe that it has to do with the headset not being able to adequately power the various modes, the wireless connection, the microphone, etc. and it is dropping the broadcast power to simply power the unit. It ONLY happens within the 5-10 minutes prior to the headset shutting off)

Within about five minutes of putting the headset on I could see why Turtle Beach is the market leader in console headsets; the 500X is rock solid and delivers some excellent 7.1 DTS surround sound and superior build quality. While there are numerous modes that you can set the headset in, essentially switching through pre-made equalizer settings, I did not find one that I loved more than the other (they were all quite nice), I personally could have gone for a little more bass, but to be fair I could always go for more bass. 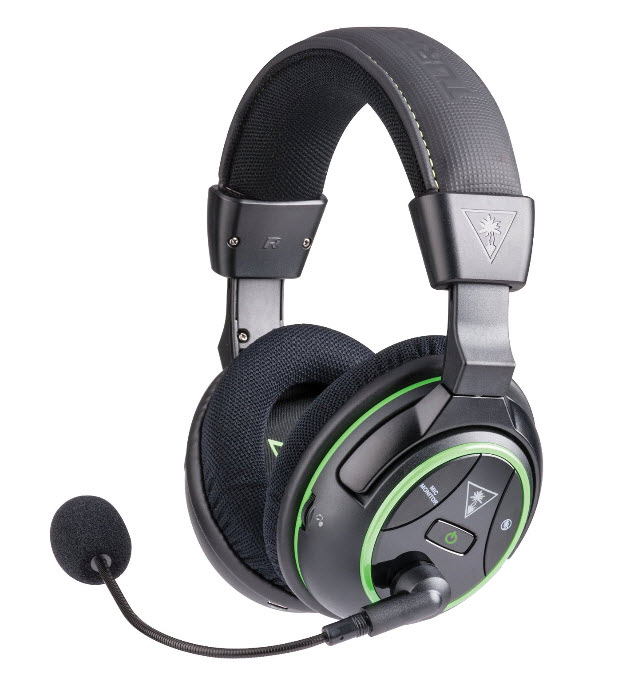 Whether I was watching Avatar, playing The Witcher, or perusing YouTube, the Stealth 500X accurately recreates audio in crystal clear fashion. The real winner though? That would be the microphone. Most of the microphones I have tested for the Xbox One feel muted, shallow, or lacking any true depth of clarity. Not so with the Stealth 500X; crystal clean audio without the hiss or high popping of some of the more sensitive brands (PDP mics run a little hot) and when I would excitedly shout inot the microphone there was no distortion; it really is the best feature of the 500X (not to discount any of the other qualities though!).

Turtle Beach has had a stranglehold on the accessories market for years now and if the upcoming Elite 800X is anything like the Stealth 500X things will not be changing anytime soon. Their high manufacturing standards show in the rock solid and near-magical construction of the physical unit and the crisp, clean audio reproduction really do show that Turtle Beach has the gamer in mind when they develop and build their hardware and the Stealth 500X is an excellent representation of Turtle Beach’s dedication to the gamer.