More of an action game than an RPG, AeternoBlade is one of those titles that actually starts off fairly strong, but over time the gameplay became to repetitive and the storyline never really interesting enough to keep me hooked. It is a budget game for the PlayStation 4, and as long as you frame your expectations properly, it can be enjoyable, but AeternoBlade does nothing to set itself apart from the rest of the field either. 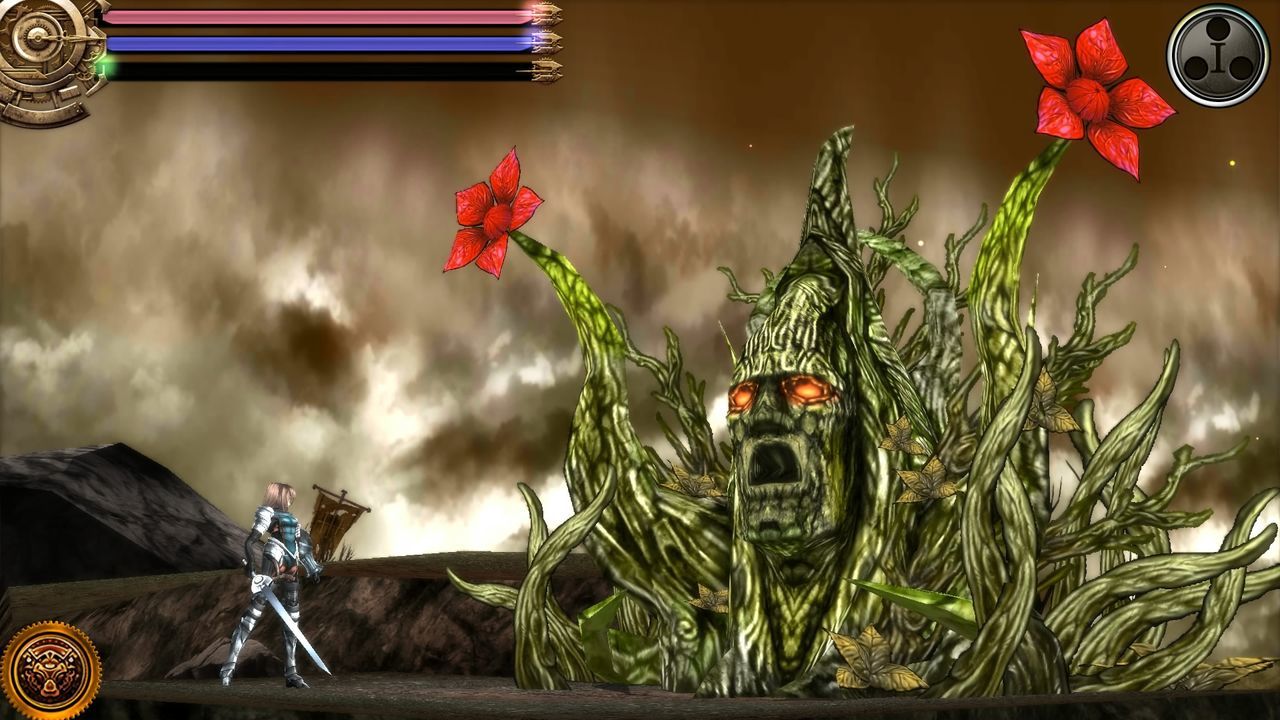 Having played this in handheld format previously, the most noticeable thing about this PlayStation 4 update is that the visuals are much improved. The game always had a nice fantasy setting with bright colors and some inventive enemies, but the details were washed out. Here the lines are much more crisp and enemies in particular are better for the additional time and effort that went into bring this to console format.

We follow the story of Freya, who wields a mysterious weapon – the titular AeternoBlade. She is on a quest for revenge after her home village was destroyed by the Lord of the Mist, Beladim. What ensues is a story that hits the necessary check boxes to give the player and excuse to keep pressing forward, but never really elevates the game in any particular way. The story just comes across as being a little too generic, and as a result I never got personally invested in Freya or her struggles. 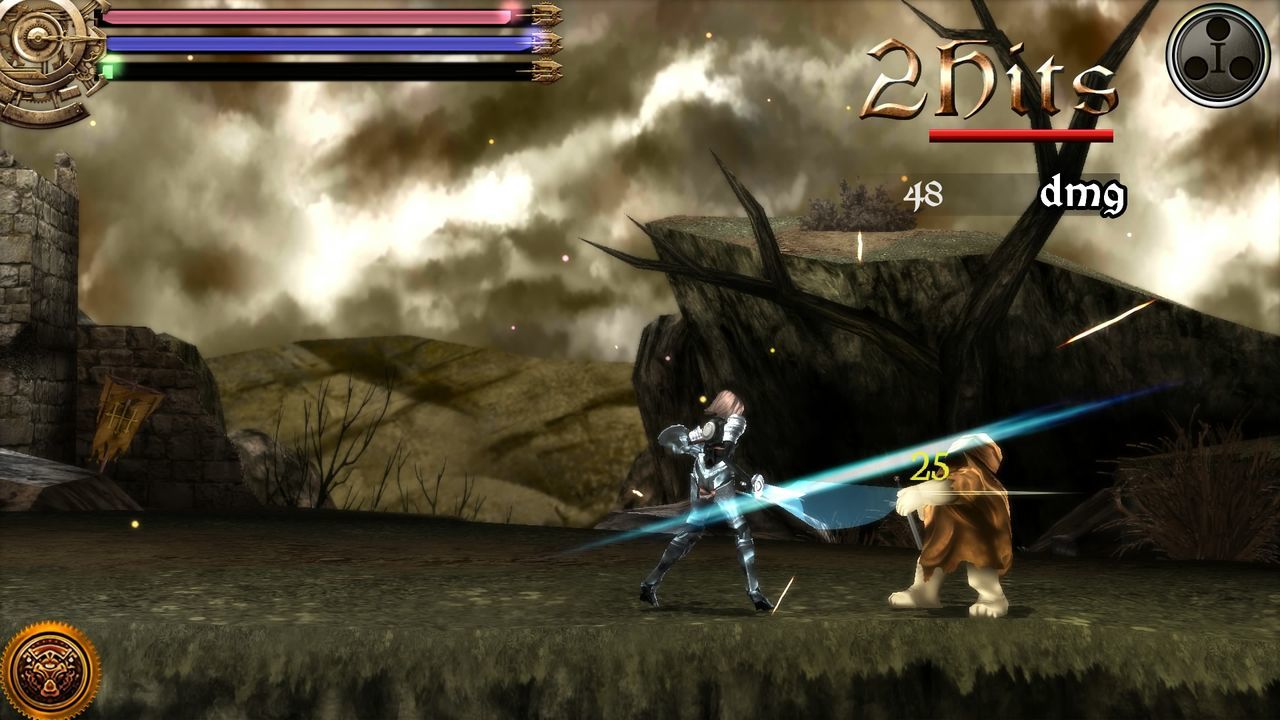 When the game itself begins, AeternoBlade walks you through some easier stages while you learn the basics of combat. There is a nice blend of platforming challenge mixed with action and AeternoBlade actually made a pretty good impression on me during the early stages. The biggest issue I had with the game is that even as you advance Freya’s levels through experience, the new skills really do not bring a great deal to the table. By the end of the game, Freya was in possession of enough interesting skills that combat finally had some solid variety, but there is definitely a ‘sticking with it period’ during the middle hours that might try some gamers’ patience.

While the generic enemies battled along the way offer little to no resistance, some of the boss fights were actually challenging enough to be interesting. I would go so far as to say that the boss battles were my second favorite part of the game, which is not always the case. Many games just tack on boss battles with little thought to making the experiences unique from the rest of the game’s combat, but here the bosses generally acquit themselves nicely.

To AeternoBlade’s credit, there is a clever time manipulation mechanic that really salvages what would otherwise have been a repetitive, completely forgettable game. This ability to dart through time is leveraged in some simple but actually quite enjoyable puzzle situations. I did not find myself wandering around with Freya for long periods of time wondering what I should be doing next, which is a credit to both the level and the puzzle design.

AeternoBlade has some solid ideas, but it could have used a bit more variety in the overall package. Some solid boss encounters and an interesting time control mechanic are really the only things that separate AeternoBlade from the pack of mid-priced action fare. Nothing about the game is truly bad, but everything else it does simply meets expectations. The end result is an action game with some puzzle and platforming elements that fill some hours of gameplay, but when I put down the controller and turned off the game, very little else actually stuck with me when I moved on to something else.