Fairy Fencer F is a story about world peace, though don’t tell the main character that! Fang, our protagonist, has to be the laziest and least motivated person to do anything in just about ever. Here is a man that is more than content to sit back and relax behind jail bars because it gives him a roof over his head and three square meals a day, thereby enabling him to sleep through the rest. Not having any of his laziness, his Fairy partner Eryn uses just about every trick she knows in order to get his ass out the door before the guards wake back up when opportunity arises. Being so lazy though, the guards wake up first introducing players to the battle system. Needless to say, Fang is not your usual protagonist. 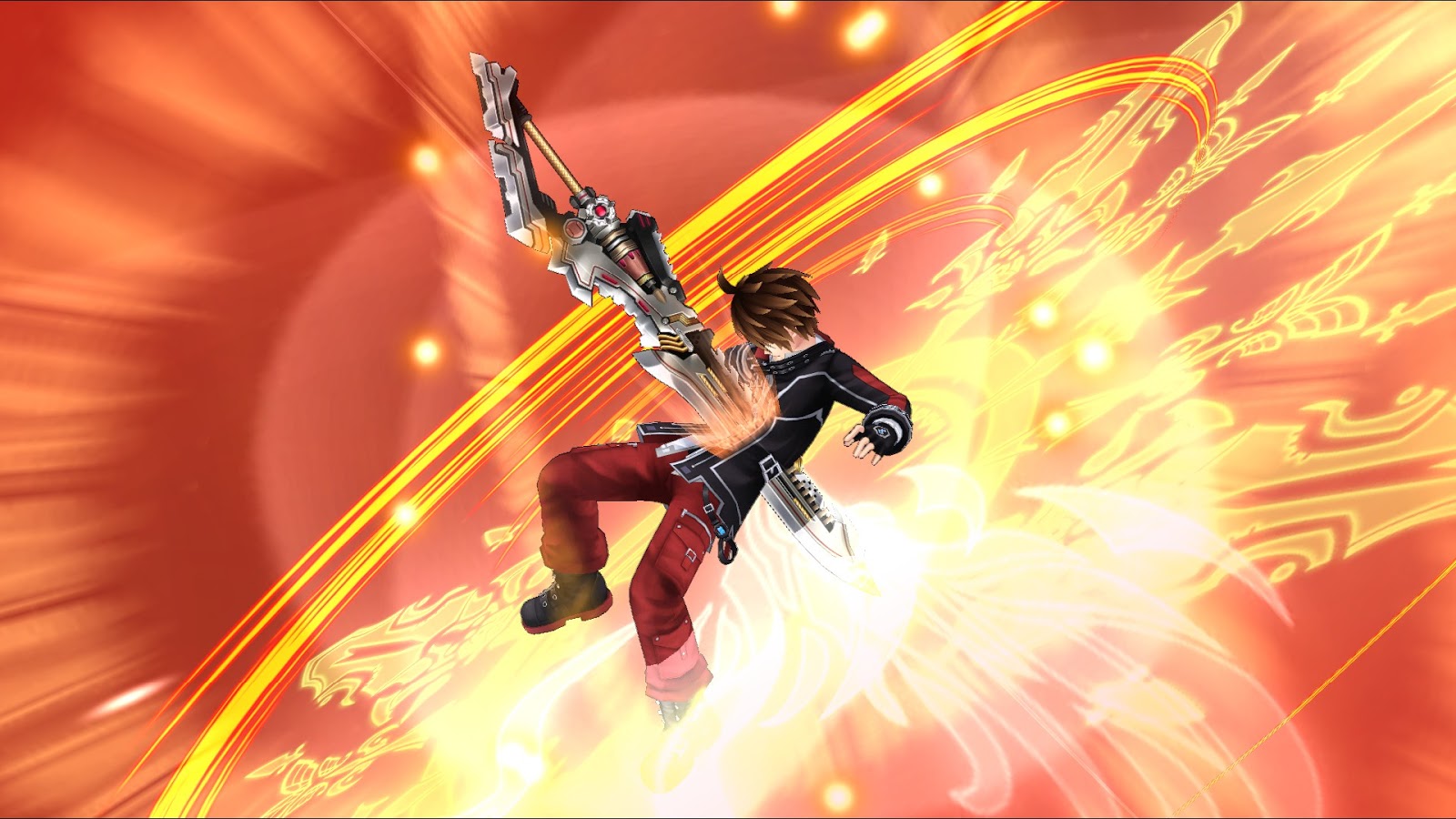 Fairy Fencer F originally came out late last year on Sony’s PlayStation 3. Coming over to the PC realm, Idea Factory and Compile Hearts have re-released their quirky and differently styled JRPG experience outside of the likes of their awesome Hyperdimension series.

The battle system is an interesting one because it’s not all about the mechanics. While the mechanics stand fairy solidly on their own, they are buffed up even further with character’s able to merge with their partner and become that much more powerful by Fairizing than your standard RPG “Hero”.

Fairy Fencer F takes a page from the Hyperdimension Neptunia series and creates something of its own in a two part system. Like in most RPGs, short of a non winnable fight numbers are key to winning. More strength than their defense usually leads to self explanatory results. Now take this idea in that players are given a rather open approach in how they wish to customize their character’s skills and abilities. Leveling up or synthesizing and buying weapons to increase your base stats is one thing, defeating monsters and obtaining Weapon Points (WP) for upgrades is another thing altogether. 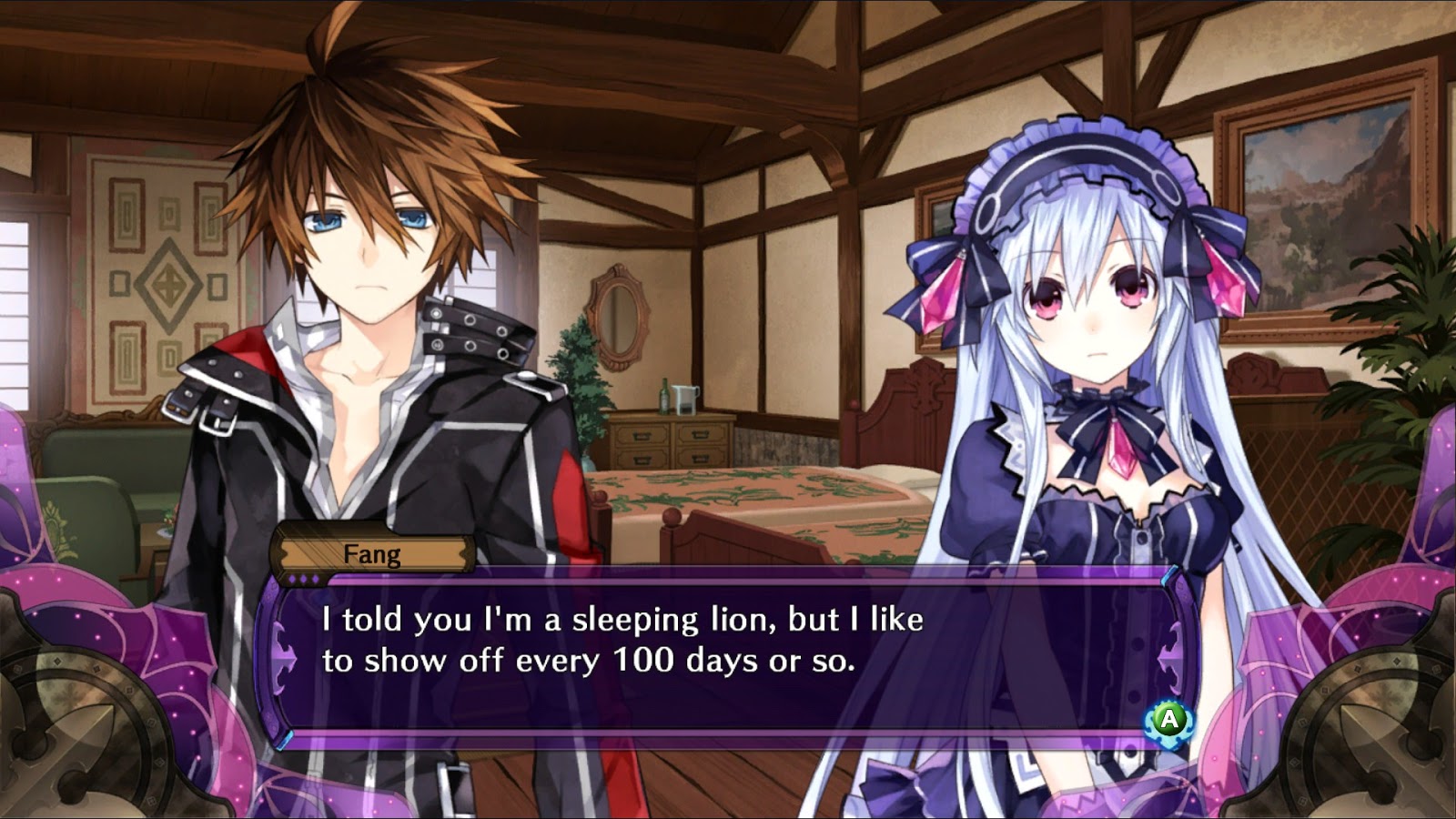 The Hyperdimension series works on a point system in order to build up combos for Rush, Power, or Break attacks in already existing combo slots with skills gained through leveling up. Players who are already familiar with this should prepare for something different while newcomers to Compile Hearts and Idea Factory will be easily able to figure everything out with the multitude of helpful tutorials. Starting off with only a single attack, each character’s options open up rather quickly. Using acquired WP, characters can unlock new combo slots for more attacks, increase their base stats from attacking physically and magically, or simply unlock new moves and abilities to use in combat.

The versatility that this system offers is not that apparent near the beginning. Where it really starts to show its colours is once the the party is really on their way with zone exploration and quests that are flooding in to tackle and complete. By this point there is going to be a decent amount of WP to play with. Between all the available stats to upgrade, new combo moves, skills, and magics, turning your character into a whirlwind of death to enemies everywhere is going to be fairly easy. To get to THAT point though, grinding may be required which honestly? Is done rather smoothly with some of the new tweaks alongside some of the older implementations from the PS3 version. 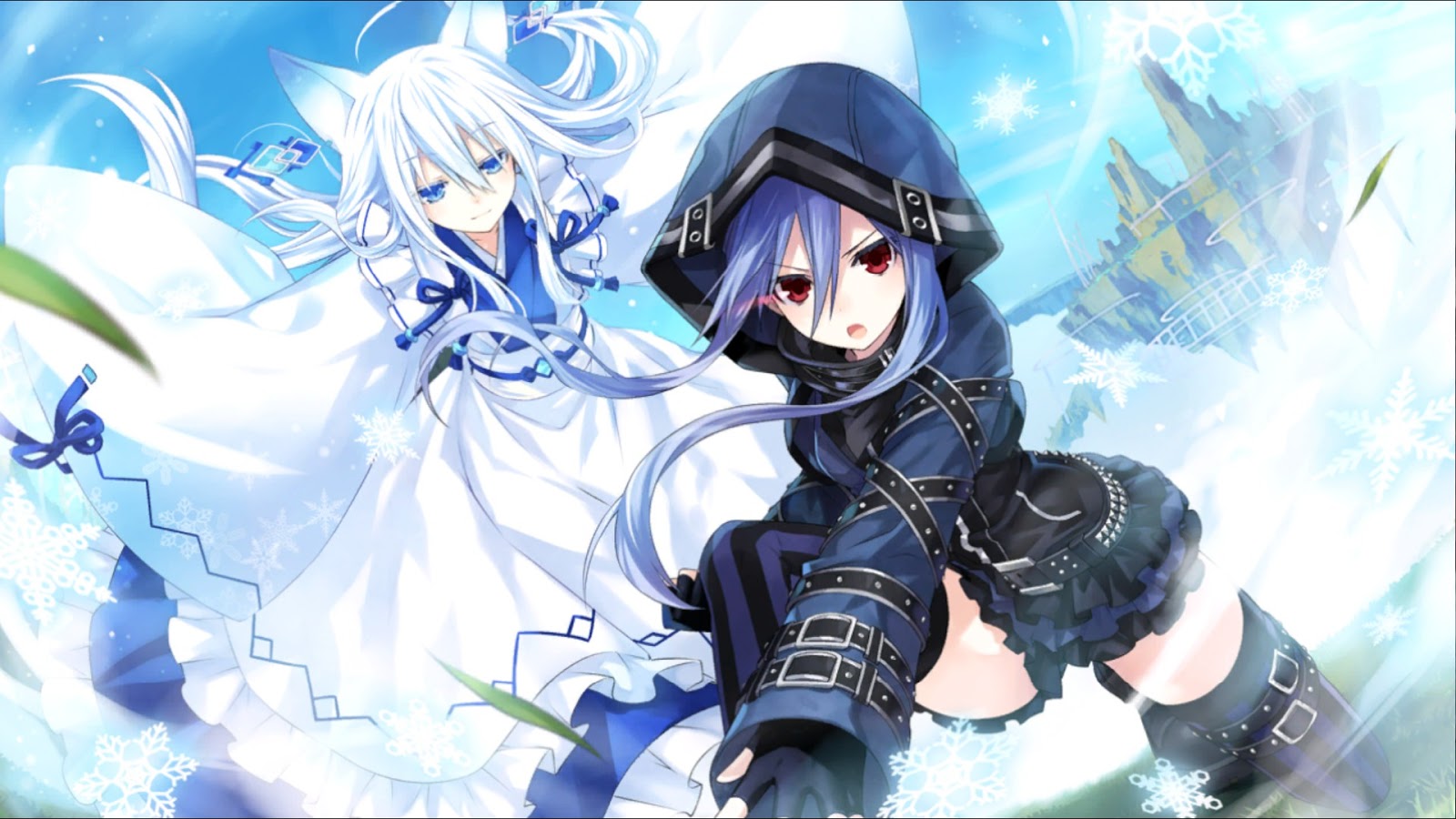 Everyone loves big and flashy moves. I mean who seriously didn’t want to sit through a Knights of the Round summoning animation while the clock was ticking to your doom? Lots of RPGs and JRPGs alike all have loads of awesome and flashy animations and Fairy Fencer F is no exception. While some do allow for players to skip over, I have yet to see one so readily skipped as well, or as fast and efficiently, as this one. When moving around questing or grinding because there’s always something much more powerful to tackle, the skip function is going to be your best friend. While the PC version is much smoother in everything than the PS3 version was, seeing the same move over and over and over and over again is going to get long like this sentence. So with that being said, the addition of this function not only allows to skip animations, but also the results screen and possible level up results. This truly allows for a very easy and simple time to grind for experience or to simply move on to your goal if you really don’t care as to how much exp, wp, and money that is coming in.

Having originally played Fairy Fencer F on the PS3 myself, I had to agree with Nick in regards to a few smaller items that took away from the otherwise great experience. While graphically stunning in the static dialog scenes with the very well done voice acting and localization with moving character portraits, the character models within exploration themselves felt a bit lacking in comparison. Environments were a bit bland and the character models and enemies were not always the clearest during and battle. The PC version solves all of that with new textures smoothing everything over making everything that much nicer to look at since you will be spending a lot of time outside in these locations. 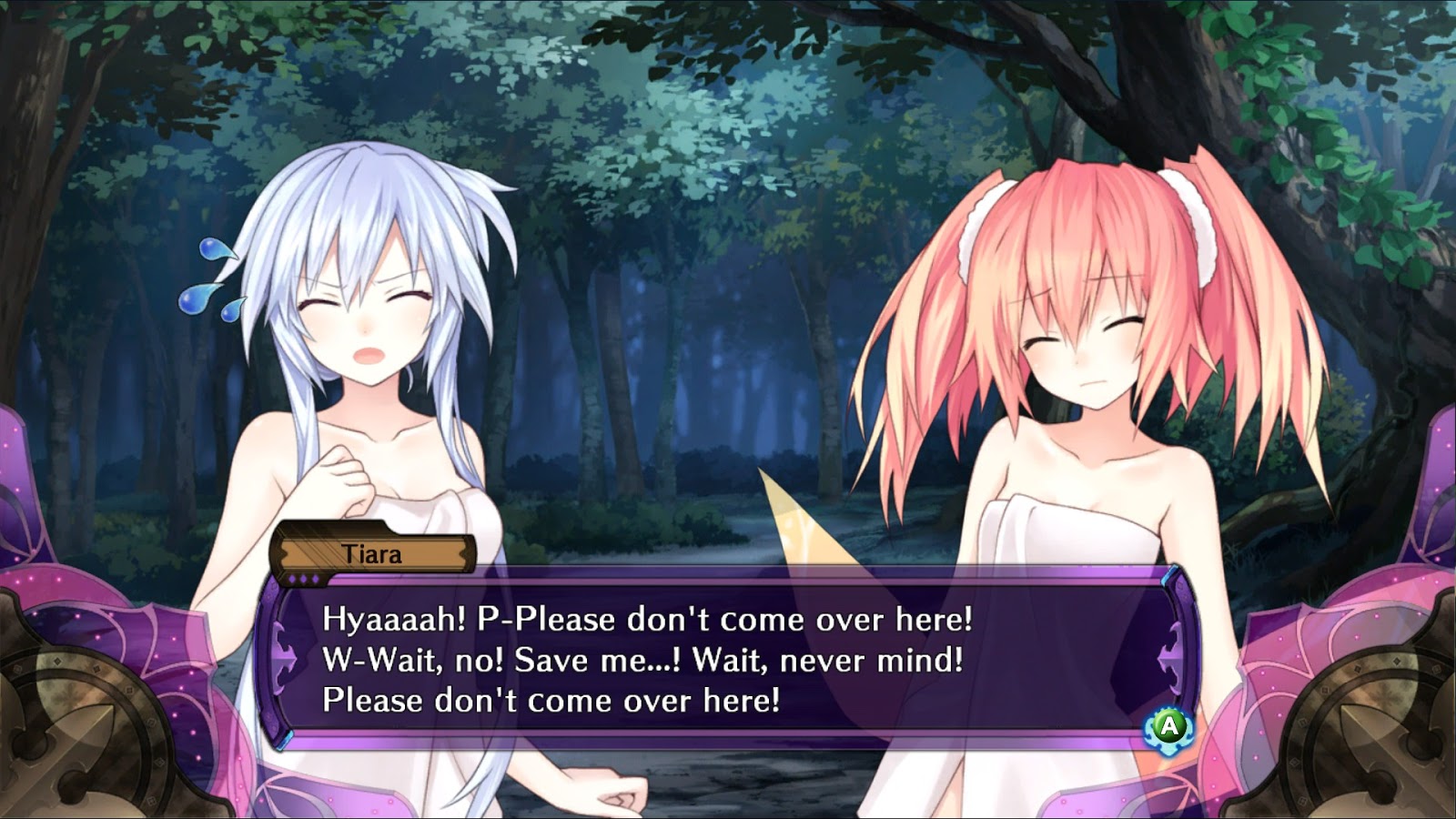 The locations themselves are several in number but be prepared to see them several times over. This might sound like a lot of re-usage but in all honesty it can go rather unnoticed. Over the course of the story, the party will explore each location at least one time in regards to the current events unfolding. After this players can go back if they choose to complete quests or acquire new fairies by defeating a moderately to powerful new boss that awaits. For now that sounds reasonable enough, but without any spoilers, the party will have to re-explore every previously visited location under different circumstances. The reasons for this fit in very well with the storyline but at the same time there isn’t anything to worry about as there are now newer and more powerful monsters and enemies present bringing a bit of change and challenge along for the ride.

As the party grows in number and the silly dialogues continue, the quest for Furies which hold Fairies within are going to come in handy. Furies can be used in many ways but the most important thing to be kept in mind is that they can be used to grant “world peace” by reviving the Goddess from her slumber after her battle with the Vile God. The reverse can be done allowing players to revive the Vile God as regardless of which action is chosen, each unlocked Fury grants the party member that they are set in Resonance with added abilities. While Resonance of the Fury and the character’s Fairy is useful, each unlocked Fury also comes with the ability to shape the world. World shaping is very useful as it can increase everything’s attack, lower its defense, increase exp / money / WP gain, and even change the monsters present. Leveraging this against the possible positive bonuses that they could provide can be hard in some cases but thankfully there are plenty of Furies to go around! 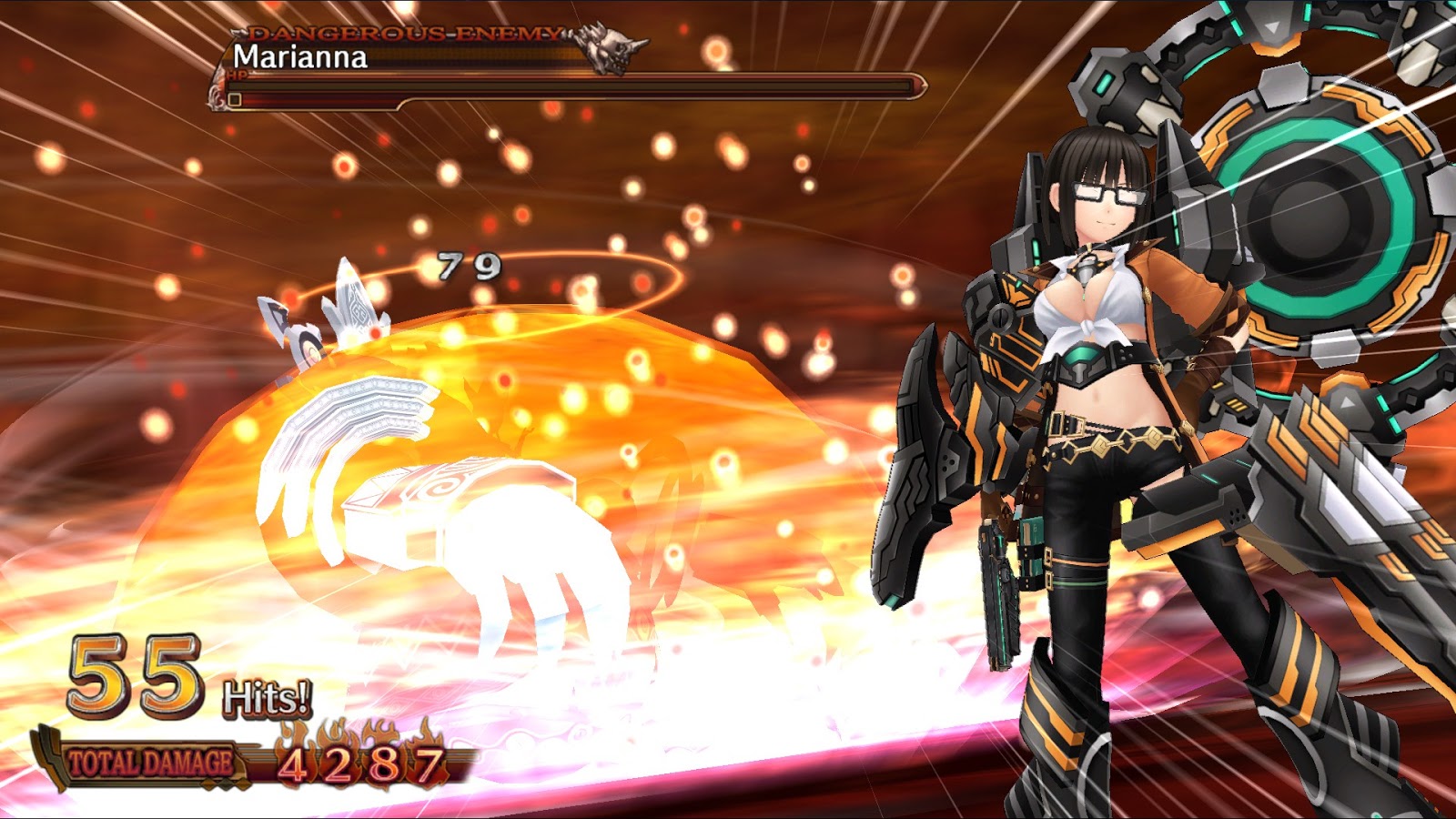 While a lot of re-working has been done there is still one tiny issue that I have. When going into any location there is a bit of lag as everything loads up from the textures to the enemy placements. Instead of loading everything as it is needed, everything is loaded up once a zone has been started which honestly is the reason that all the skip functions work so well as there is no re-loading of the area map once your party exits battle. The reason that it can be a bit of an issue is that without thinking about it and just running in, the frame rate drop is enough to slow you down and wait for it to all be done. While it does take a few seconds, it may not have been a bad idea to hide this behind a load screen. All in all, it’s not that big of an issue unless you really were only planning on going in there for one monster in particular before heading right back to town to complete that quest.

Fairy Fencer F was already a great game. Made even better with the new textures and the smoothing over of the rest of the systems, this first chapter of the series is definitely worth the time with the fun and quirky playable characters and their Fairy partners.