For whatever reason, it seems as though a large number of visual novels have been getting released lately. The genre is quite popular in some regions, but maybe it is starting to take hold here in North America as well? Icebound does very little to reinvent the visual novel wheel. It tells a decent story in a steampunk/fantasy setting, has enjoyable if inconsistent art, replay value and a very robust world that serves as a backdrop. 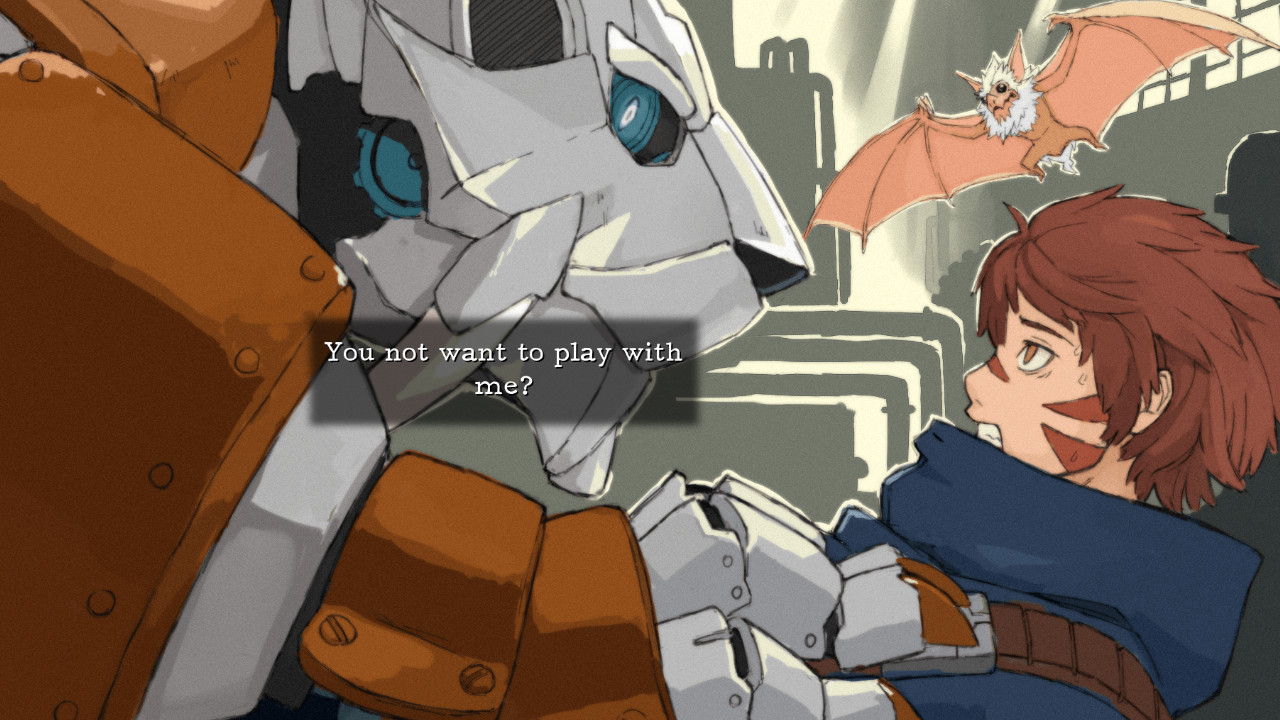 Unfortunately, Icebound gets off to a pretty slow start. Our protagonist, Dougal, is a young man who has lost his memory. I get that this is a convenient way to explain the world to players, because as the character himself gets told things he would know if he possessed his memory, the gamer can learn right alongside of him. While later in the game this amnesia is explained in satisfactory fashion, it was still a slightly dismaying start to things by kicking off the game with this trope. Add to it that a popular magical item in fantasy literature is the goal Dougal and the other alchemists desire – The Philosopher’s Stone – and I felt like we were getting off to a rough beginning.

Alchemists are clearly of importance in this world, but they are not necessarily popular with many of the world’s inhabitants. More of a necessary or accepted evil, really. Dougal makes for a somewhat bland protagonist during the earlier stages of the game, but the tempo of the story is helped by his familiar – a bat named Issac. Isaac is the Alistair (of Dragon Age: Origins) of Icebound – a sarcastic companion that you will either find amusing or annoying – there is probably not a lot of middle ground to be had there. Fortunately for me, I found him funny more often than not. 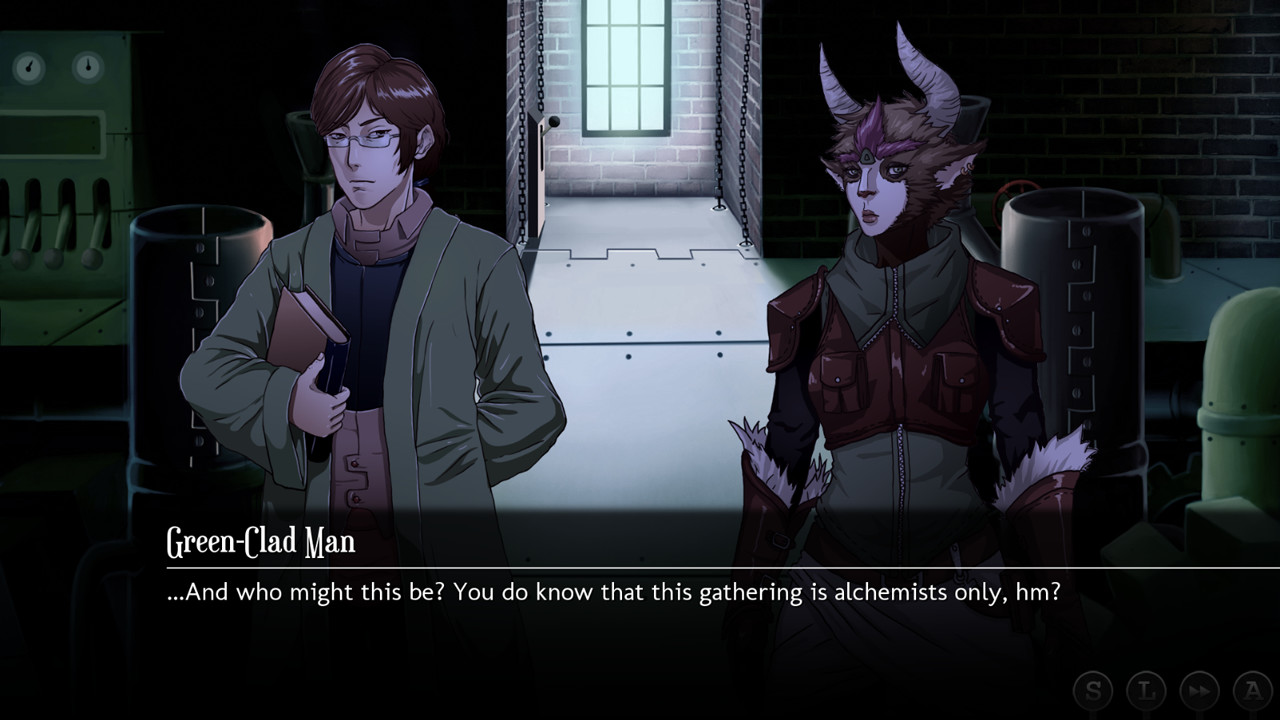 Other characters come and go, and while many of them will strike familiar notes, some actually grow and change from the initial way that they are presented. That is not to say that all of the characterizations are great. Some of Dougal’s interactions with characters might come across odd (there are a number of half-animal humanoids in the game, and while not explicit, there is some innuendo here and there that simply might not sit well depending on your tolerance for interspecies flirtation). There is a tendency to also have characters exit the story right about the time they become most interesting.

Some visual novels are very linear affairs that basically guide the player from start to finish, where they tell a specific story with little wiggle room. Others try to form a shorter story with more variance, in an attempt to give the player more control over how things develop. I enjoy both styles when done well, and Icebound lands somewhere in between the two. Decisions do come up throughout the game where Dougal can impact relationships with others and which direction the story goes. This adds some replay value to Icebound, because you can travel down two fairly distinctive paths, earning it at least one more session after completing the story the first time.

However, despite these small offshoots, most of the time the narrative comes back to its main branch rather quickly. The other area of the game that has interaction is in the simple yet entertaining alchemical puzzles that pop up now and again. They are simple in terms of the rules that govern these mini-games, but some of the puzzles can prove quite challenging. By and large these were a lot of fun, and gave the storyline some breaks along the way. The pacing of the story itself probably could have been a bit more crisp, but the puzzles serve as a nice diversion. In total your first time playing through the game will probably run just under a dozen hours. 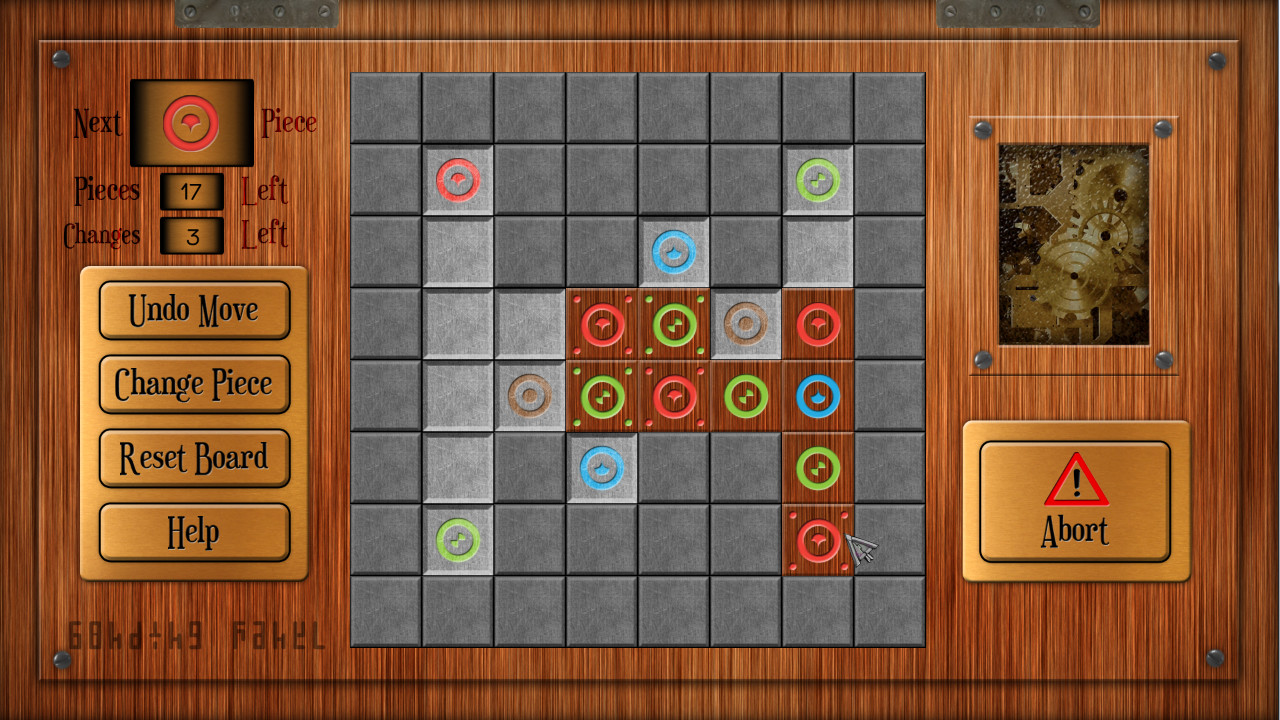 The presentation is something of a mixed bag. The sound and visuals are what help to distinguish a visual novel from an actual book, and interactive elements help to make these games and not television shows. While the interactive elements hold up rather well, the visuals were not my cup of tea. The graphics were not ugly, but they were not the most attractive I have ever seen either. Additionally, some of the assets feel inconsistent. It helps if everything you see in the world look as though they are part of the same world, but some characters and backgrounds feel inconsistent to one another. Thankfully the music is almost universally excellent, prompting me to keep the sound turned up the entire time.

Icebound is not a perfect visual novel, and it will likely do nothing to convert skeptics of the genre. That being said, all of the elements are just good enough to justify the game’s existence. You need a story that would be worth reading if it was not a video game, and despite the sluggish beginning it pays off well enough in the end, due in large part to some entertaining characters who make up for others that are less charismatic. The visual style and interactive elements get the job done and keep the game interesting while the music and replay value elevate the overall material to worth experiencing.