comments Share
You are reading
Into the Stars – PC Preview

Into the Stars puts you in the role of the Captain of the Ark 13, humanity’s final space-faring vessel and you are tasked with the exploration of the universe. In search of a new home, you and the crew of the Ark 13 will face adversity in the stars in this Unreal Engine 4 powered Space Survival Simulator. Hailed as a flashier FTL, Into the Stars aims to place you in command of humanity’s last hope; are you Picard enough survive the tribulations of space while in the Captain’s Chair? Find out if we at Chalgyr’s Game Room are in our Early Access Preview. 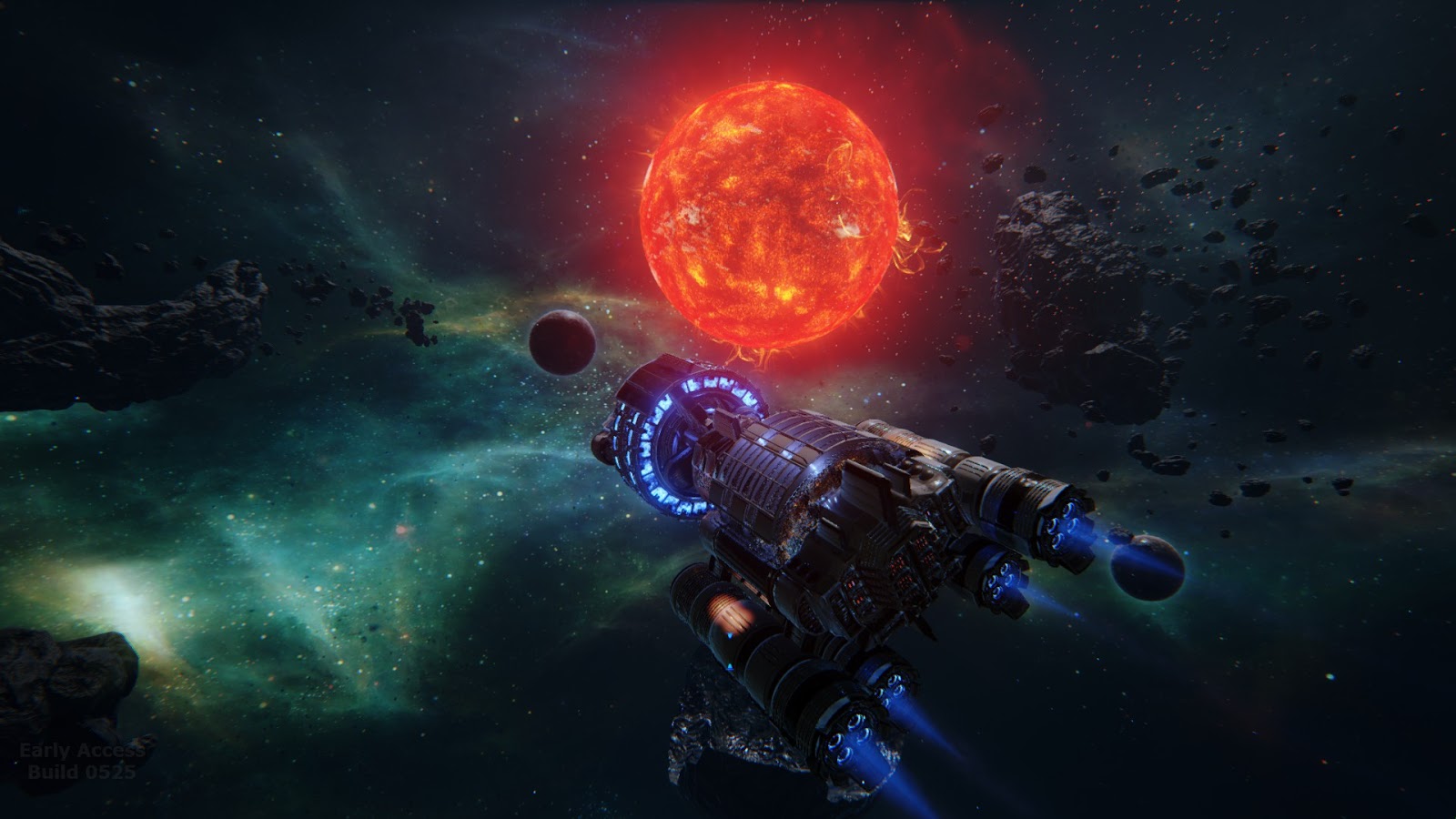 I would like to preface this preview with the note that Into the Stars is less survival sim and more like a roguelike. One thing to say is that I am one of the few that just cannot get into roguelike games; they are just not my cup of tea. However space-based games? I love those, so when you take a genre I am not all that sold on and you combine it with my favorite setting, there are plenty of opportunities to win me over. Into the Stars shows promise and has me considering the roguelike genre as a whole and that is because there are plenty of things happening at any given time that make it feel like so much more. For one I have rarely ever felt more like Captain Picard (who, mind you, is the BEST Captain) in a video game as I have at any given time in Into the Stars.

As you start the game you are able to go through and select the various modules that will make up Ark 13 and it was in this first few moments that my jaw dropped. Commander selection is fairly basic, allowing you to choose an avatar then select the bio (which sets their bonuses); you are able to choose bios such as Scientist, Survivalist, Military Officer or Entrepreneur. Each character bio has various pluses that affect the crew, as an example the Survivalist gives an increase to success rates or the  Military Officer gives a +5 toughness bonus. Once you select your commander you are then able to choose the various modules for the ship. This is where my jaw dropped… I know it is silly, but the good folks at Fugitive Games actually use elements (and their Periodic Table abbreviations) as resources. It is a small thing, but seeing that Mg logo for Magnesium just makes me giggle a little on the inside. The various elements (CO2, N, H, etc.) act as your resources and can/will limit the capabilities of the Ark 13 if you do not manage them during your module selection. 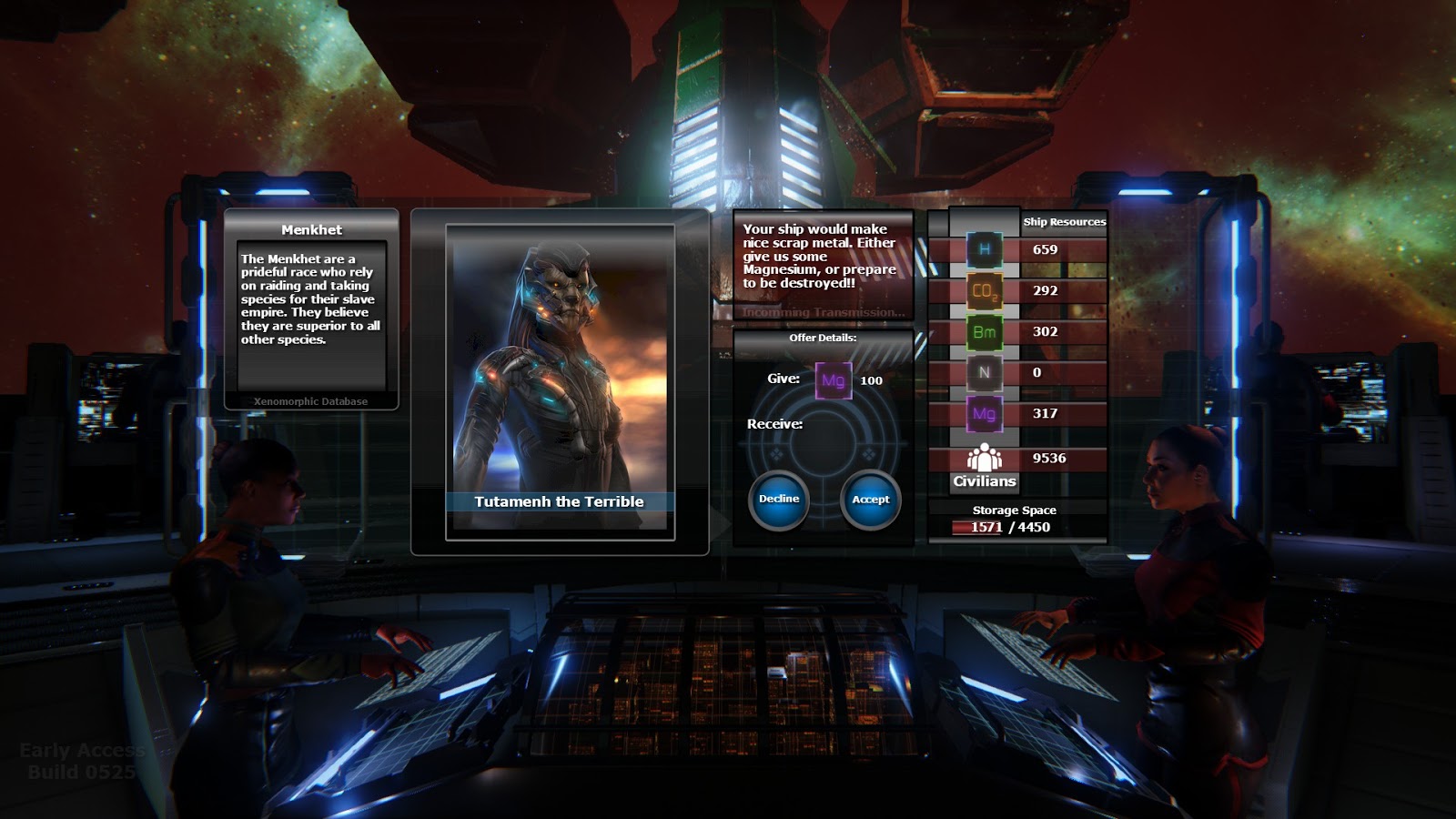 As you outfit the Ark you will be able to choose core components that run on various elements. Managing your elements is crucial; once you are out you are going to start losing civilians and ship components (like, you know, the engine…) real fast. Fortunately you can visit nearby planets and derelicts to scavenge for additional resources through landing parties (which can also find ship upgrades), a really fun little mining minigame where you are a drill that is moving down the screen at increased speeds and it is up to you to navigate it away from destructive minerals, or through some probe launches. Note that you can be attacked while harvesting resources so you do not want to stick together too long. There is also the risk-vs-reward aspect that your crew members can and will likely die during one of these excursions, but if you happen to have a good crew and get lucky, well the payout can be a few weeks’ worth of food and fuel to an upgrade to one of your core components.

So … Your first experience as a starship captain will be harrowing. While the navigation in 3rd person is simple and to the point, jumping into first person view will be where the action takes place. You have various monitors that you will be accessing to go through and assign your hand-picked crew various tasks. You may need to assign your crew member with the highest medical rating to go stave off the space-based equivalent of dysentery or your engineering crew member may need to go shore up some damages to the resource storage unit (which is utterly crucial). The fun part? If you are attacked by the Skorn (that reminded me, for some reason, of the Kilrathi ala Wing Commander) while your members are on mission battling space diarrhea then you may not be able to man all of your combat posts. 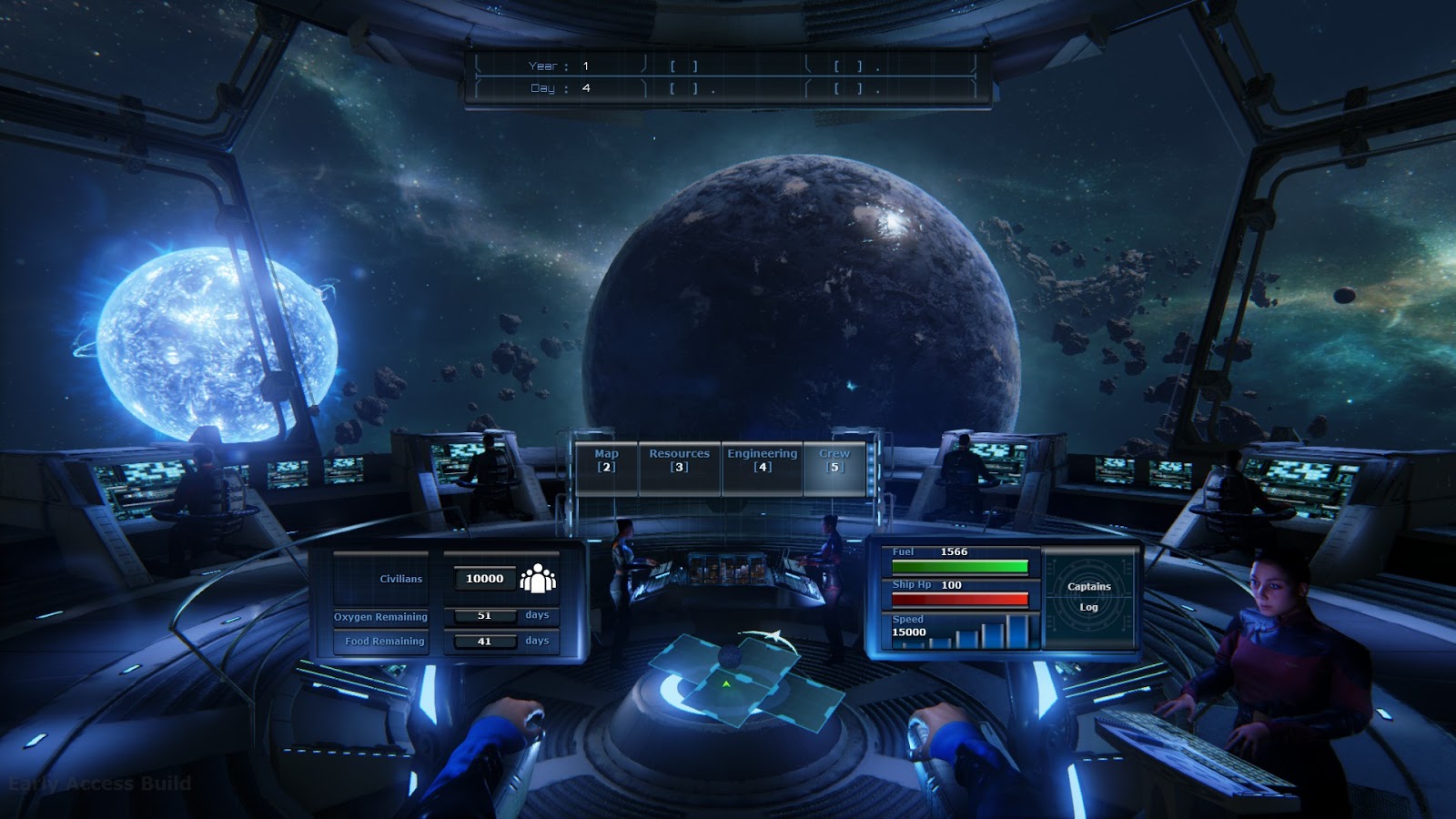 Speaking of combat it is challenging, frustrating, but above all, engaging. My first taste of combat was with a single Skorn  ship that was hell-bent on destroying me (and almost did). When a ship folds into space in front of you your combat panel will open and you can place your crew members, according to their skills in locations that manage things like shields and their recharge speed, lasers and their recharge speed, torpedoes and their recharge rates, as well as your hull strength (amongst other things). Once you have placed your crew and combat begins it comes to alternating between the lasers, the torpedoes and setting off the shields to deflect attacks. You can pause in the midst of combat if you need to, to catch your breath given combat against more than one unit is beyond brutal, or to just simply think out the steps you want to take. While it is basically pressing three buttons over and over in varying patterns it is oddly satisfying and extremely intense. After combat ends you can gather resources from the derelict hulks and be on about your way, sending crew to shore up damages or to the medical bay to heal up.

I was a bit skeptical  at first given I did not personally find FTL to be all that great; I just could not get into it. Into the Stars though made all the right choices with regard to humor and sincerity and the overall sense of dread. I reveled in my victories and felt crushed when my crew member’s paid the ultimate price. The one singular thought I had outside of “Man, now I know what Captain Janeway or Captain Picard felt like” was “Man, this is like Oregon Trail in space! I’m down for it!” and it really is, though that does not give Into the Stars enough credit because it is so much more than that; just check it out for yourself at http://store.steampowered.com/app/360510/ You will not regret it. 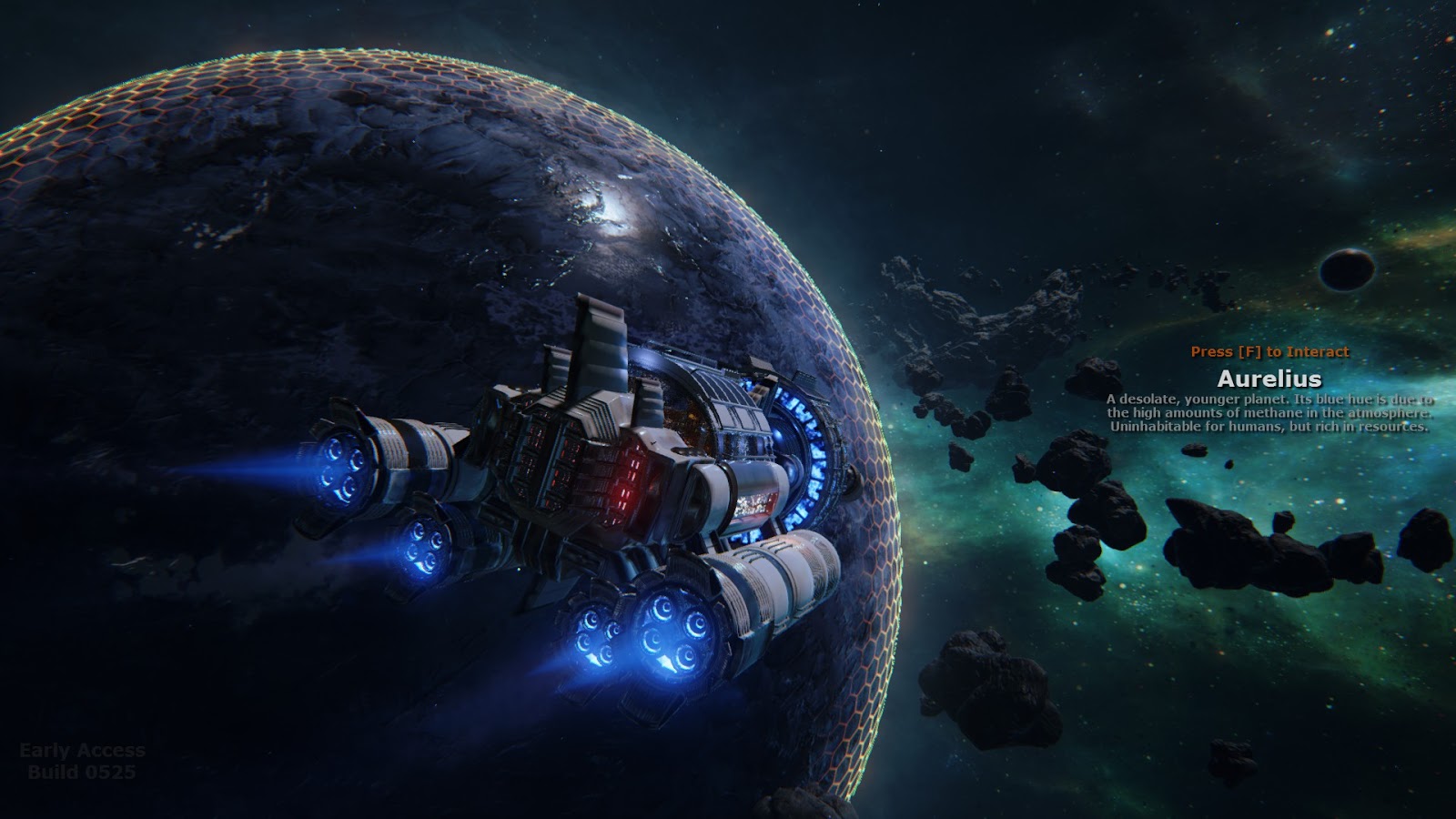