Episodic format is a tricky thing to pull off in games. Some companies (such as Telltale Games) have pulled it off beautifully, while others have fallen flat on their faces in doing so. King’s Quest – Chapter 1: A Knight to Remember is an incredible start to the series, laying the groundwork for the future episodes while providing enough joy in and of itself to make it easily recommended. 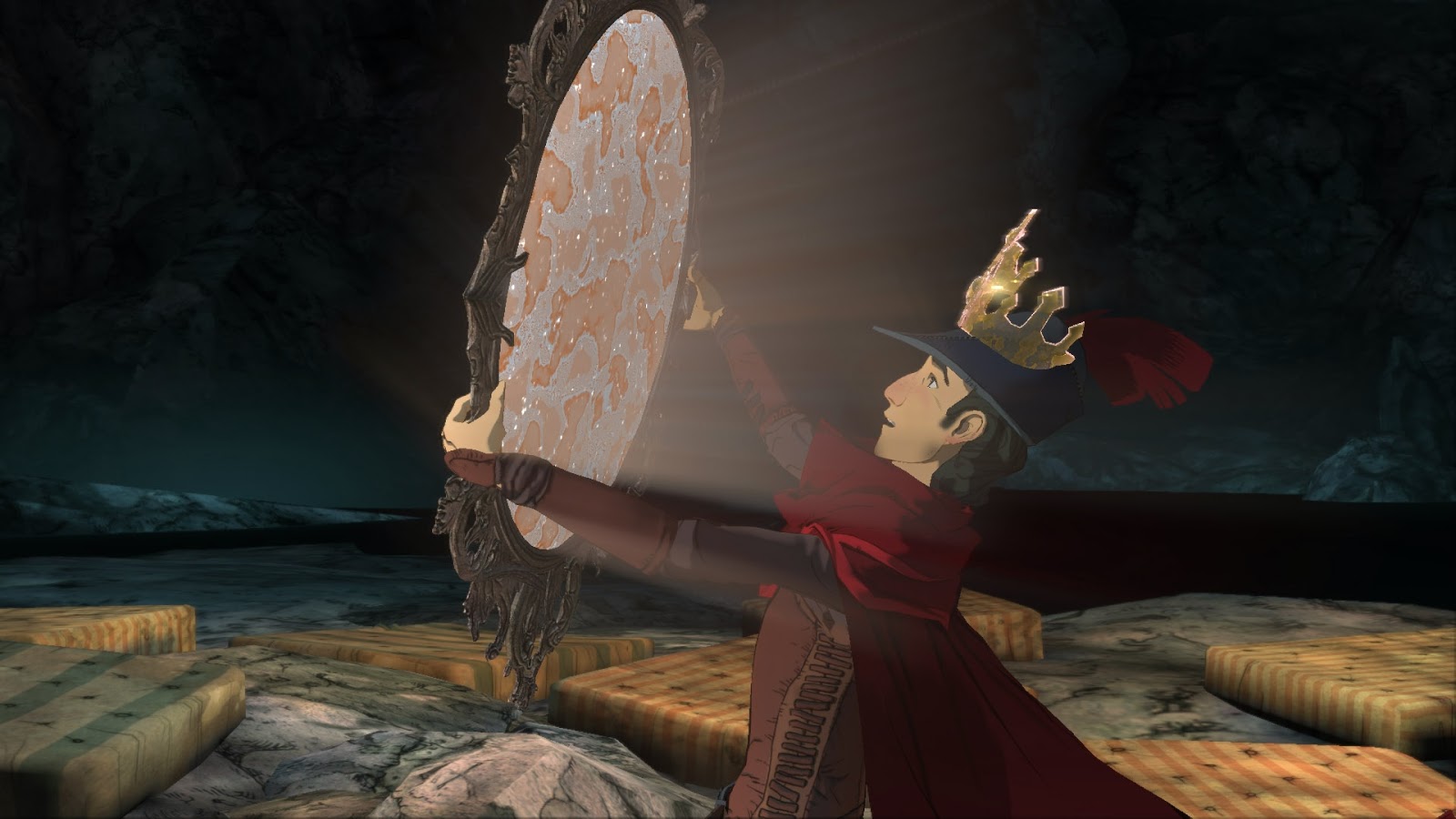 Getting out my cane and telling you kids to get off of my lawn a bit here, but I am one of those old time gamers who remembers the original King’s Quest games and found those adventures to be incredibly formative to my opinion of just what a video game could be. Still, going back to an older franchise that has been in mothballs for a while can be a risky proposition. Oftentimes nostalgia provides rosier glasses to view the games through than a current day replaying would permit.

Here the trademark humor, enchanting visuals and excellent voice cast reminded me of exactly why I fell in love with the original King’s Quest games. However, rather than just resting on the laurels of its namesake, this new series updates just about everything to make the experience better. That is not to say that A Knight to Remember will appeal to everyone. If you do not enjoy some puzzle solving, backtracking and a slower game pace, then this might not be the adventure game for you and you should probably stop reading now. Nothing I say will convince you. However, if like me, a slow burn with some good puzzles and a charming script appeal? Then read on! 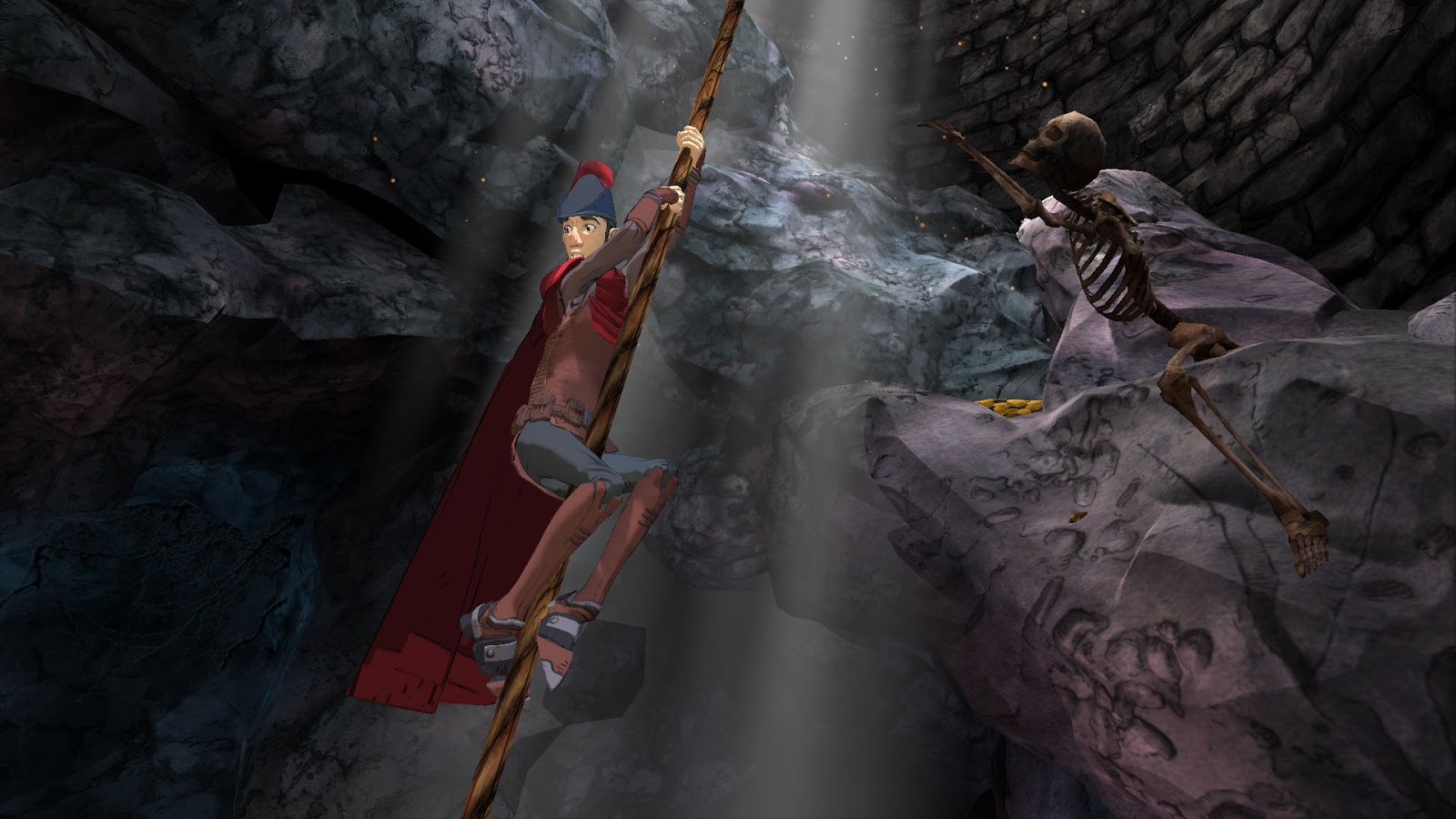 Things start simply enough with our hero Graham making his way through a dragon’s dwelling. The narrative almost immediately takes for an interesting turn as you realize that this is a retelling of events from earlier in Graham’s life. Christopher Lloyd’s warm, wizened voice is immediately recognizable as he discusses the events as they take place. He is retelling the story to his granddaughter Gwendolyn, a young girl with her own eye towards adventure one day.

The King’s Quest games have always made humor an important part of the proceedings, and that holds true here as well. Because this is a retelling through the memories of Graham, some of the events are certainly suspect. One of the funniest bits took place right at the beginning where there are two wheels to be tried. One will open the door out of the room, the other will smash Graham to death. I chose poorly the first time and got crushed like a grape. But of course, Graham lives to be an old man recounting this story, so he immediately pipes up and says that this is what would have happened, should have have chosen that option – but obviously he worked the other wheel as the game reloaded me into the scene so I could choose differently.

I experienced a handful of deaths, and each of them were handled in similarly hysterical fashion. At one point Gwendolyn excitedly piped up that she must be part of an immortal family, and in another Graham was gargling something – indicating that the demise you suffered was just a misinterpretation of what he was trying to explain. This over-the-top humor extends from sight gags such as leaping off of his horse and falling down a mountainside (to which Graham verbally explains to his granddaughter that he skillfully repelled down the cliff side) and his interactions with comical characters. 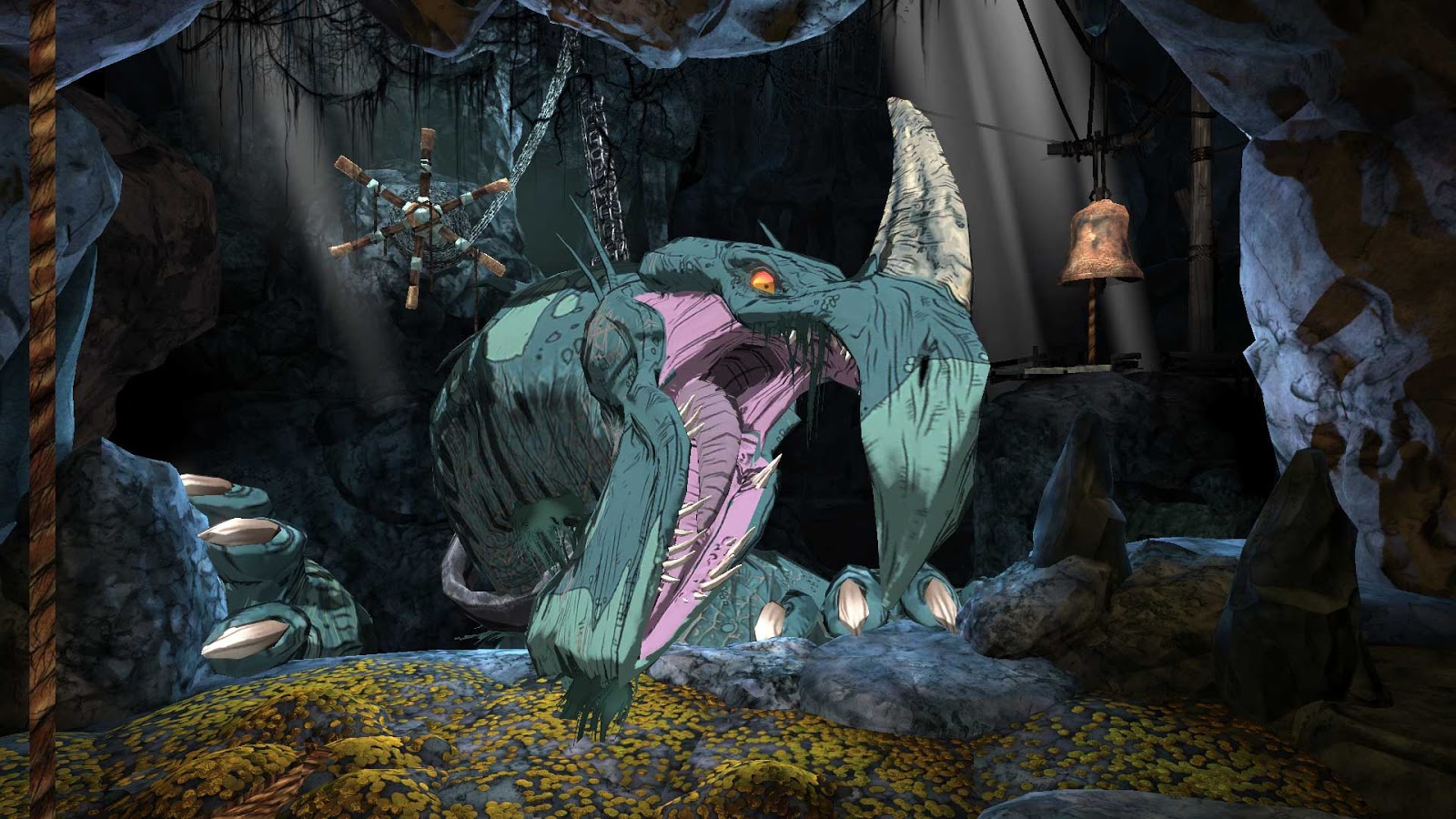 The narration of old king Graham and Gwendolyn often reminded me of The Princess Bride – one of my family’s all-time favorite movies. There is that warm, loving banter between grandparent and grandchild while one is explaining events and the other adds commentary or asks questions along the way. This feeling was only reinforced when Wallace Shawn, who played the character Vizzini in Princess Bride, lends his distinctive voice to a character in King’s Quest – Chapter 1: A Knight to Remember as well.

The story has moments where your decisions will have an impact on the game later. Most of the time, the choices seem pretty arbitrary. You are at one point tasked with helping to fix a wagon wheel by replacing it with something round. You can find three different items to do the job, and while they look visually different, they did not seem to have any particular impact on the outcome. Other choices made – including one early in the game, promises to have more of a direct impact on the story that is told. Time will tell how much of a significant impact these choices will have.

The visuals are not the strongest point here, but they are better than what we usually see in the Telltale Games. Graham’s flapping cloak and the bright, colorful background environments are a treat, even though technical issues (a bit of slowdown in one scene and some pop-through on Graham’s cloak a few times when colliding with other objects) do detract from the experience now and again. 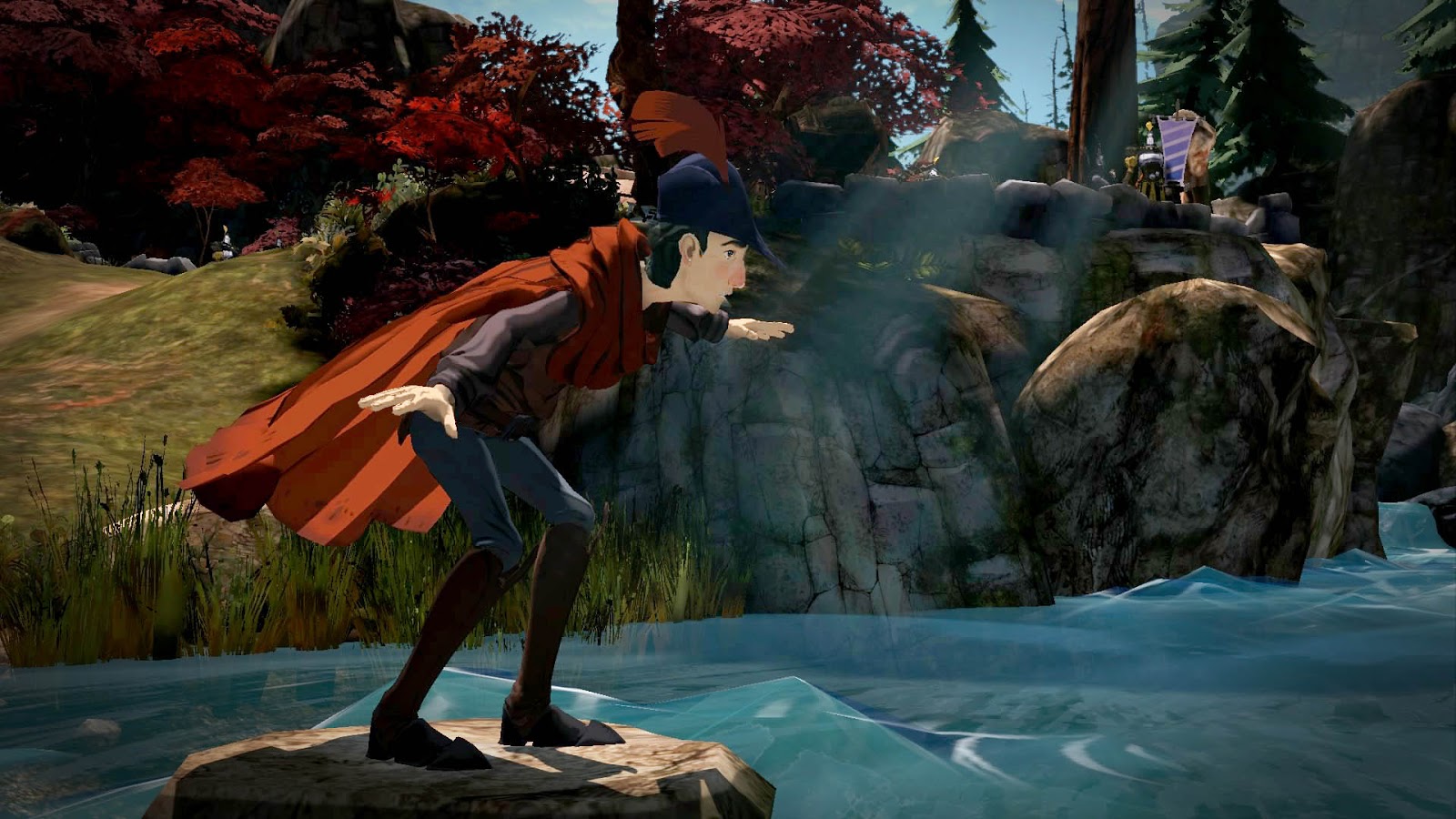 Graham’s first chapter in this adventure runs a fairly decent length of time. Again the comparison to the narrative-heavy Telltale Games has to be made given the format and the game structure, but it felt like there was just a bit more meat on these bones than a typical chapter in Telltale games. Still, the good and the bad of it is that this was an episode – it left me wanting for more, but now rather than later.

King’s Quest – Chapter 1: A Knight to Remember is probably not going to be for everyone. There are some action sequences, but it is really more of an adventure game where you have to figure out how items found in the environment work together to move on in the story. Some of these puzzles are more intuitive than others (for example there is at one point a door to be passed, where I was thoroughly flummoxed for a time, until I realized that I could climb up a nearby wall – something that the game had not clearly introduced as a mechanic to that point), but once you figure them out, they make perfect sense. The pacing is slower and your own nostalgic mileage may vary, but for me it was an almost perfect way to reintroduce me to an old friend of a gaming series.