comments Share
You are reading
Massive Chalice – Xbox One Review

Massive Chalice is a game that mixes strategic combat, RPG elements and even takes from simulation games to create something that oddly feels both refreshingly new yet comfortably familiar at the same time. The end result is an interesting game with some questionable mechanics that keep the title from ever completely taking off, but is still fun for strategy enthusiasts. 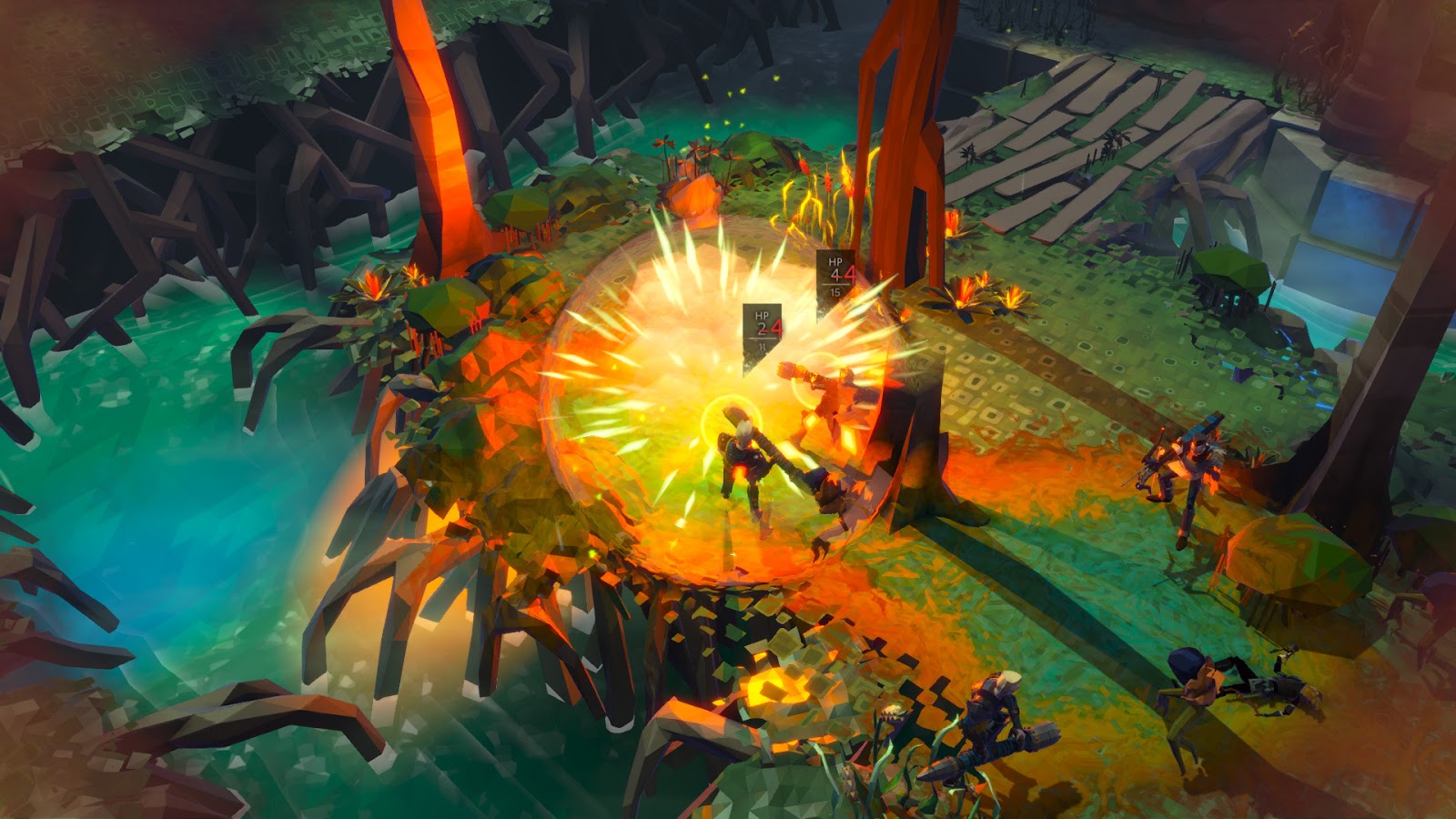 Things begin in somewhat confusing fashion with a quick story and a bunch of menu screens. Most strategy games of this nature that are so menu heavy have a bit of a learning curve, but to Massive Chalice’s credit, this title is much more approachable than most others. Before long I was leading my army through its first battle, constructing my first buildings and setting up my first noble bloodline.

The task before players is a daunting one: help your kingdom to survive three hundred years. There is a dark corruption swirling about your kingdom’s borders. The corruption will occasionally attempt to inhabit one of your lands – often in multiple places at the same time. To this end you need to pick the lesser of evils – because you can only defend one land at a time. There are usually associated perks for defending one over the other, but the land you could not protect gains a corruption strike against it. Three strikes, and the land will fall into ruin and be lost to you. 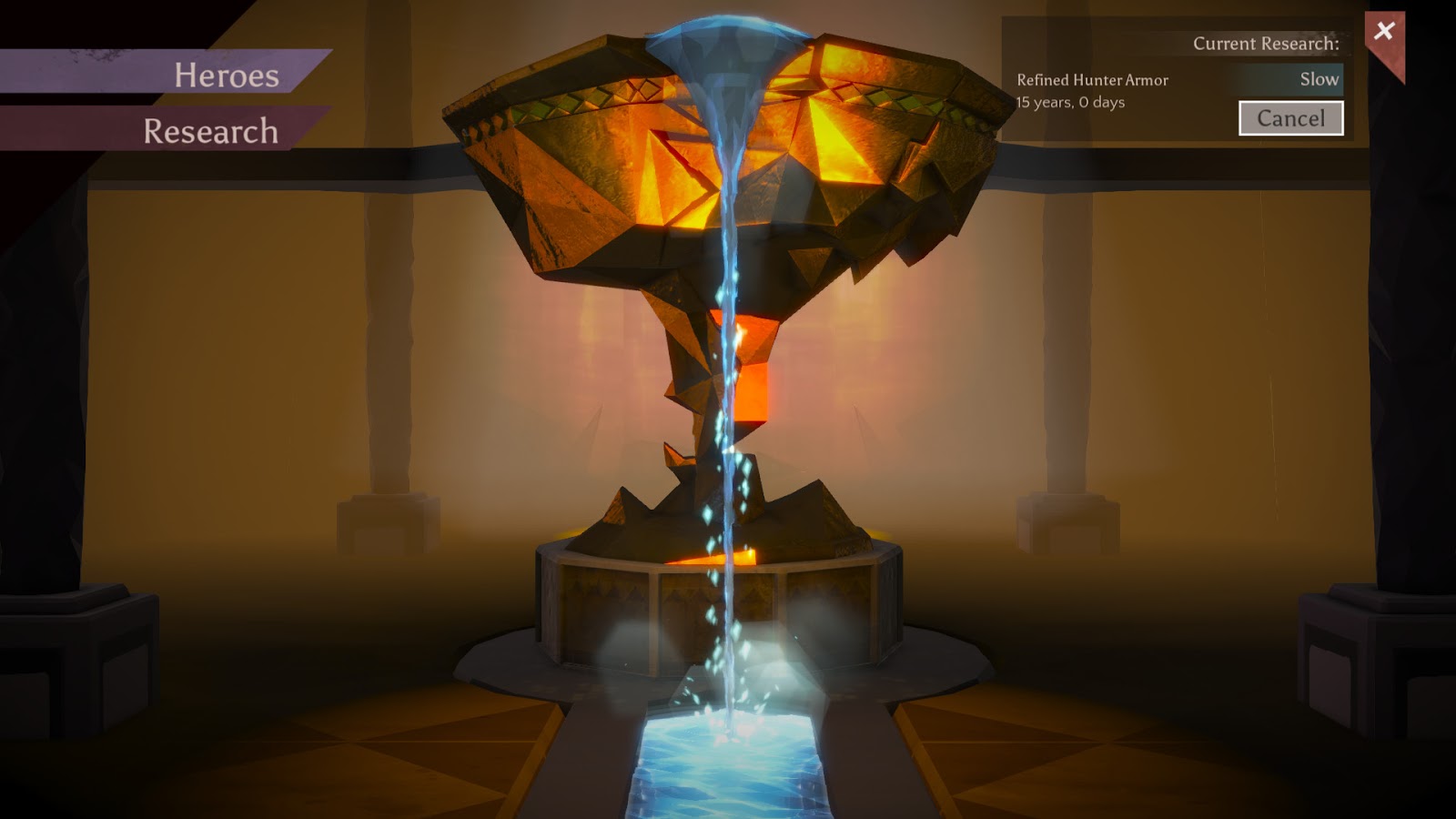 The plethora of menus will have you building structures, constructing new weapons and armor, hiring new heroes and more. These heroes can then be assigned to different tasks. You might ask a veteran soldier to help train your kingdom’s other heroes – the net gain is increased experience each year and possibly passing along useful traits. You can have up to three of your heroes swear off all family and combat to become sages who help expedite your research tasks. You can also have a male and female hero become lords of a keep, and with any luck they will produce many children to eventually help fill your ranks.

The interface is quite approachable, and with a pull of the right trigger the timeline will advance until the next major item of note. Perhaps one of your heroes has grown old, died and needs replacement. Perhaps a new situation has arisen, prompting you to choose from one of several answers – each one prone to making something different happen. And of course – there is combat. 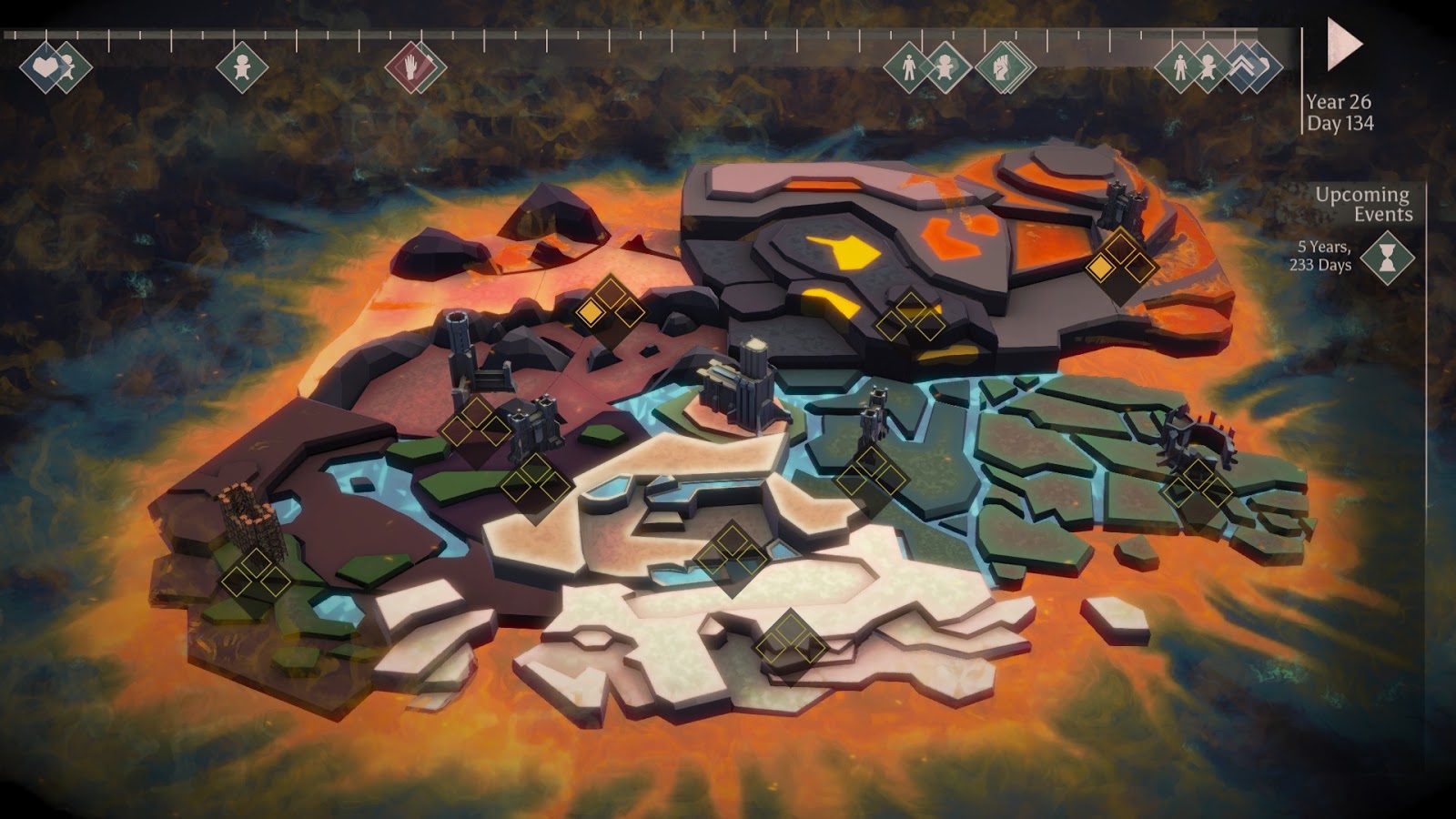 Combat is handled in turn-based format. You control your chosen heroes, equipping them with appropriate weapons, armor and items to give them a slight edge. Things start off easily enough with characters who are melee oriented and do not hit very hard. Soon ranged combat comes into play. Each type of enemy sports its own unique system. Let the ghost-like Lapse shoot one of your characters, and the hero will not only suffer damage but lose roughly 150 experience. Let a Wrinkler strike your characters in melee, and your character ages five years – and if that character is too old he or she might just fall over dead on the battlefield no matter how many hit points they have.

While the mechanics are all quite interesting, I did find myself wishing for greater variety overall. With only roughly half a dozen different monster types, you get them and ‘advanced’ ones (which basically just have higher stats/more detrimental effects). Combat is not meant to be easy, but sometimes it just feels completely unbalanced. Massive Chalice puts an emphasis on using the strengths and weaknesses of the different classes such as ranged attacks, area of effect and hardy melee warriors. In practice the enemies often feel quite cheap due to the fog of war and their massive numbers. Round a corner with a couple of your characters and suddenly you realize that there are as many as six or seven enemies ready to gang up on you. 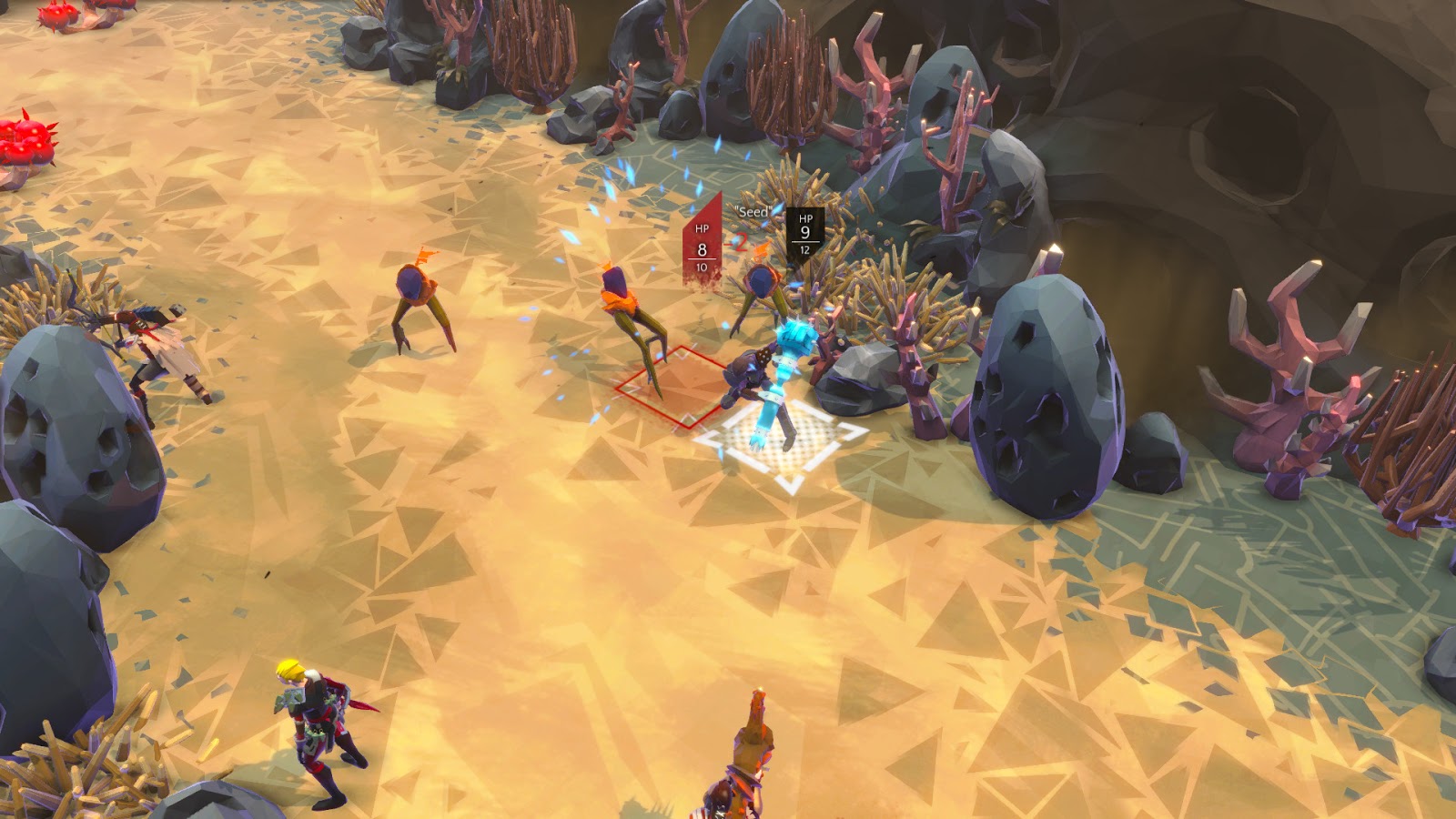 The overriding theme is that your heroes are a resource. Better not get attached to them, because they will always die (after all, you have to span 300 years and most of your characters will die of old age in their 50’s to 70’s). I get that, but sometimes you have no choice but to have a character get hit by a Wrinkler several times due to the ranged attackers that are also reducing your experience (and also reducing your levels in the process). Again, it reinforces the notion that your heroes are simply resources to use up, but some of the battles just felt downright cheap.

That is not to say Massive Chalice is not an enjoyable game – I played it for almost six straight hours the first time I fired it up. However, the pace of the game is a slow one. If you are not a fan of strategy games, then this title is not for you. The idea of lineages, several generations of offspring and the combat itself all definitely appealed to me. With a bit more polish and a better eye towards game balance, Massive Chalice certainly has the potential to grow into something more in a future title. As it is, the game itself is worth playing despite some of its flaws.