Oni seemingly had everything a game needed: a cool heroine, easy to grasp controls, fast, original action, futuristic backgrounds. It lacked, however, a crucial element: a quicksave! But let’s start from the beginning. 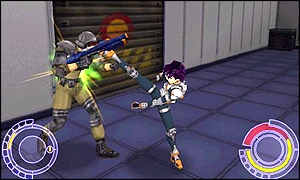 The main character is a brave female cop with enhanced physical abilities who must rid a big future city from organized crime. As the story unfolds she reveals secrets that will jeopardize her alliances and change her life. Anyway, I wasn’t particularly interested in the story although there is an effort to give the characters some depth.

First, you play a tutorial and then you are left on your own. Many enemies are unarmed but still pound the life out of if they grab you. Others are armed. Thankfully you can take their weapons once they die. Unfortunately, how much ammo they contain depends on how many times their previous owners had shot. So, you may find a weapon only to see it’s almost empty. Other problems are you carry one firearm at a time and weapons disappear after some time so you can’t go back to get one you left behind. Finally, unlike first person shooters, dropped guns here don’t increase your general supply of ammo. Each of them may be used a few times and that’s all.
The control system is very smart. 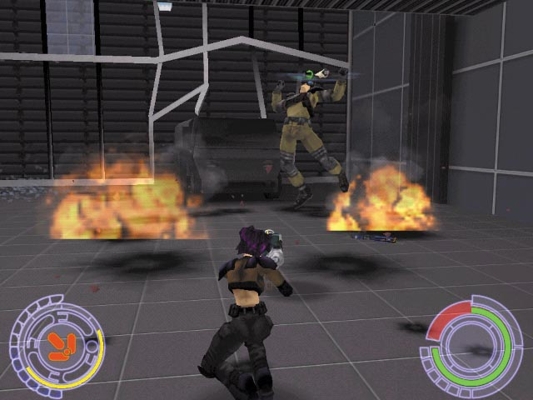 The keyboard is for moving forward/backward and strafing left/right while the mouse is for looking and aiming. With one mouse button you punch and with the other you kick. By pressing a key you equip or holster your current weapon. The total amount of moves available is impressive: you can jump and attack, block, hit while crouching, backslap, disarm an enemy or strike him while he is knocked down, kill instantly by breaking someone’s back, perform throws and combos. Too bad your enemies tend to interrupt those and hit you. Generally, their behavior is not consistent.

Sometimes an attack works on them and others it doesn’t, so you lose valuable health. The difficulty is increased by the fact there are few power ups, opponents become progressively stronger and shoot you from various angles and when you die you may have to replay a large section. I finished Oni at the easy setting but didn’t enjoy it as much as I wanted. Maybe I should have tried a different approach, for example fight only when necessary or make better use of weapons, who knows… 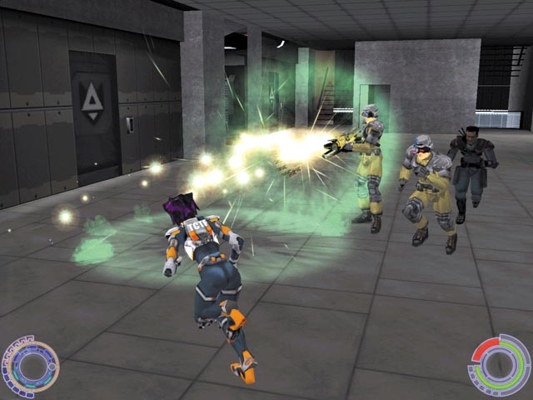 I certainly found it appealing though. I appreciated the minimal graphics with their blue and grey tones, the cool design of Konoko and her fluid animation. I liked trekking through vast installations, running on metallic tubes, fighting bosses, exploring an airport or some rooftops in the night, shooting bad guys with uzis and laser rifles. The music is nothing special but the melee combat sound effects are very good.

Oni successfully incorporated many original elements and had a distinct atmosphere, reminding of “Ghost in the Shell”. It just needed to be more friendly in my opinion. I wish someone would bring us a remake. 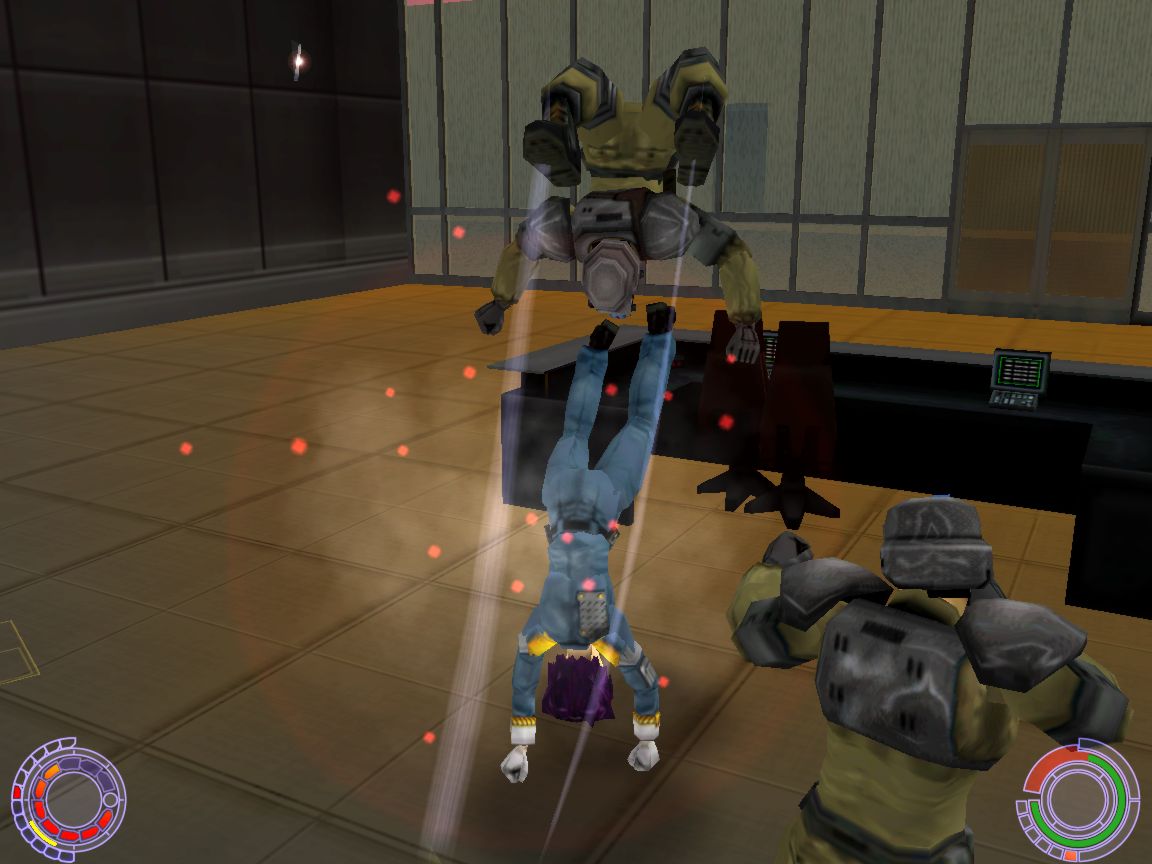