Rising World doesn’t do anything really new but what it does, it does very well. As usual you are dropped into a world with minimal gear, a stomach that will soon begin to rumble and a hint at dangers that may come your way. A journal gets you started with building your first shelter and telling you how to gather your first necessary resources. 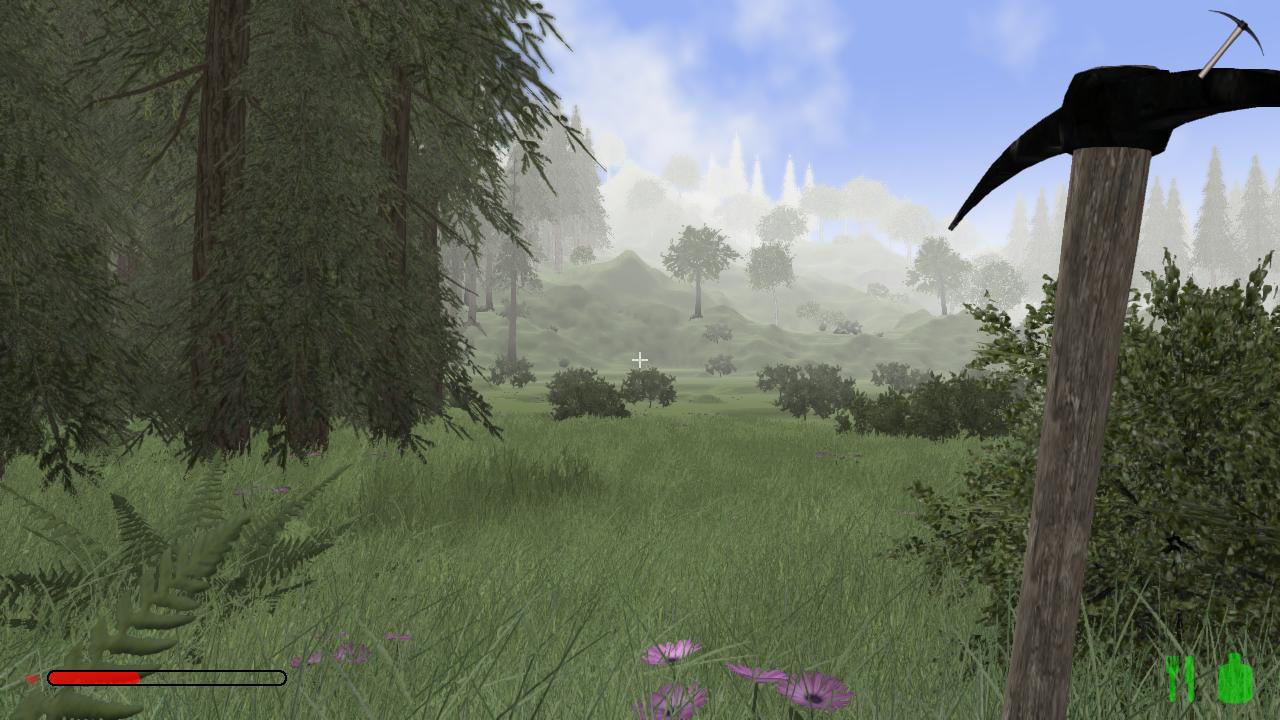 It seems that indie sandbox games are to be my thing. Nick is working his way down my wish list and taking me away from other hobbies (shakes fist at him in mock anger). When I started Rising World I thought “here we go again, another Minecraft look alike”. And in some ways I was right, but in others I was pleasantly surprised.

Rising World is everything Mastercraft could have been if the developers had taken more time. The graphics are quite pretty and is based on voxels creating a fully destructible world.

JIW-Games made obvious efforts at creating an immersive experience. To cut down a tree you actually fell it like a lumberjack then cut it into sections. The game gives you a break by letting you do all that by holding a mouse button rather than having to grow a magnificent beard and cutting the tree piece by piece but it’s still interesting. To create ore ingots you actually have to place the ore into the slots in the smelter and wait. Want some tasty bacon? You have to place the meat either on a grill or a smoker and watch it so it doesn’t burn. Burnt meant takes a chunk out of your health bar and makes you very thirsty. Little things like this are done well enough that they give you another level of interaction with the game without being annoying. 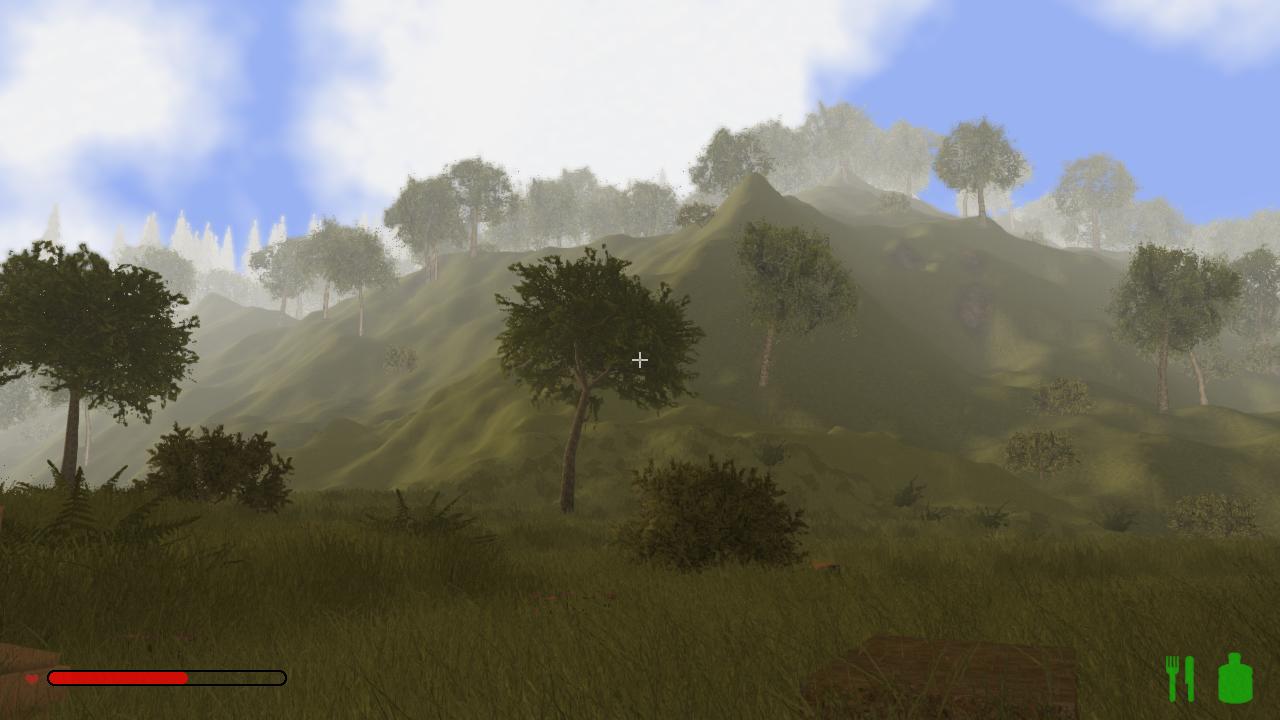 From your basic crafting table you can make a variety of other crafting workbenches like a block bench and a saw table. Each new workstation increases the range of materials you can make. Once I saw all the type of blocks available I knew I was in trouble. You can create almost any shape and texture of block you could possible need. Want to create a castle out of realistic looking stone with graceful marble arches, you can. Want to create a modern house complete with kitchen cabinets and a toilet, you can do it. Combine the wide range of materials available with an intuitive and well created building system and you have a winner.

One of the frustrations of Mastercraft was that buildings would hang off the edge of the world due to the sharp curve of the planet and the way blocks wouldn’t align properly. It made creating a cool looking castle almost impossible. Rising World’s building system uses larger locks that snap easily to each other. The blocks also go through the terrain if it’s in the way to create a nice flat floor regardless of how uneven the ground may be. The game includes tools like a rake which allows you to smooth terrain should you be so inclined. Essentially you have all the flexibility of mine craft to build anything you want with hundreds more options. 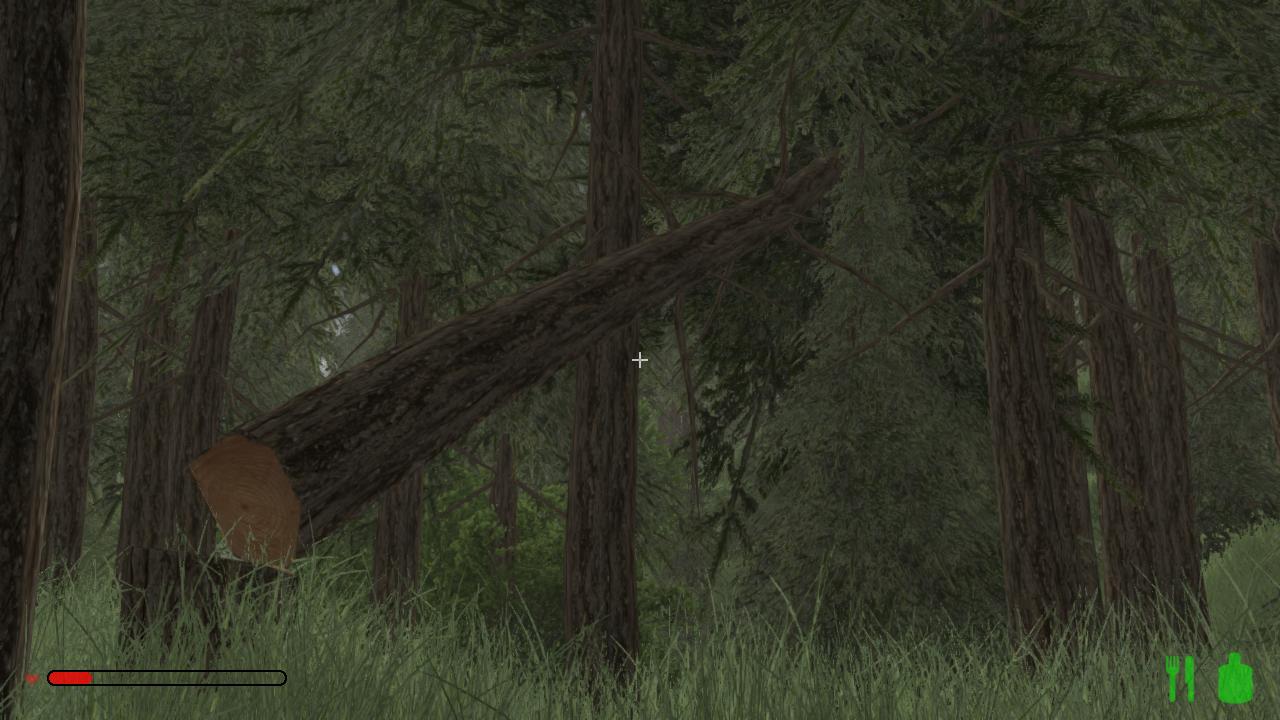 The survival portion of the game is present but rather weak. Bears will eat you if you go to close and hunger and thirst will start to wear away at your health bar if you go too long between meals. You can take some pretty hard fall damage but other than that it’s pretty hard to die unless you’re a little too engrossed in the episode of Game of Thrones you’re watching while playing (cough).

Overall this game doesn’t do anything that makes it different but it’s well made and well thought out. It’s obvious that a lot of effort has been made and that the developers know what their target audience wants. I’m not sure what will be added before the full release but already Rising World sits on a solid base. 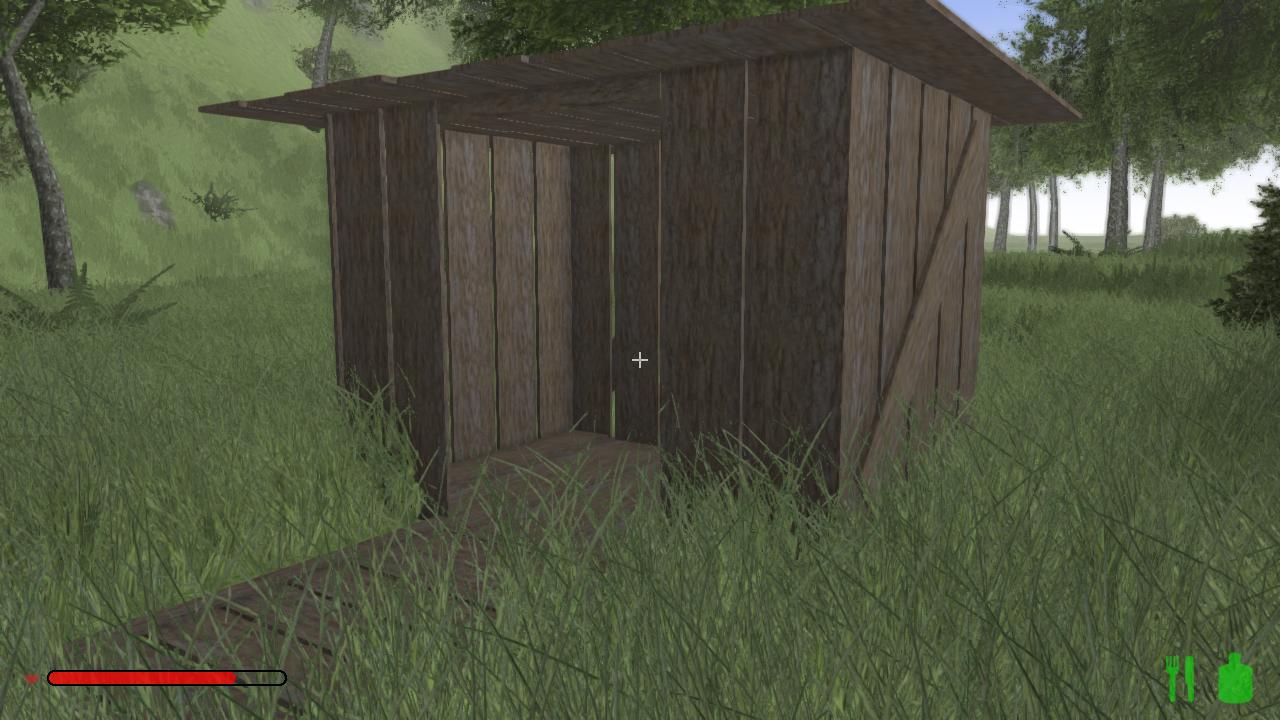