Salt is a fun little game focused on exploration with enough mystery thrown in to make it a dangerously addictive pastime. 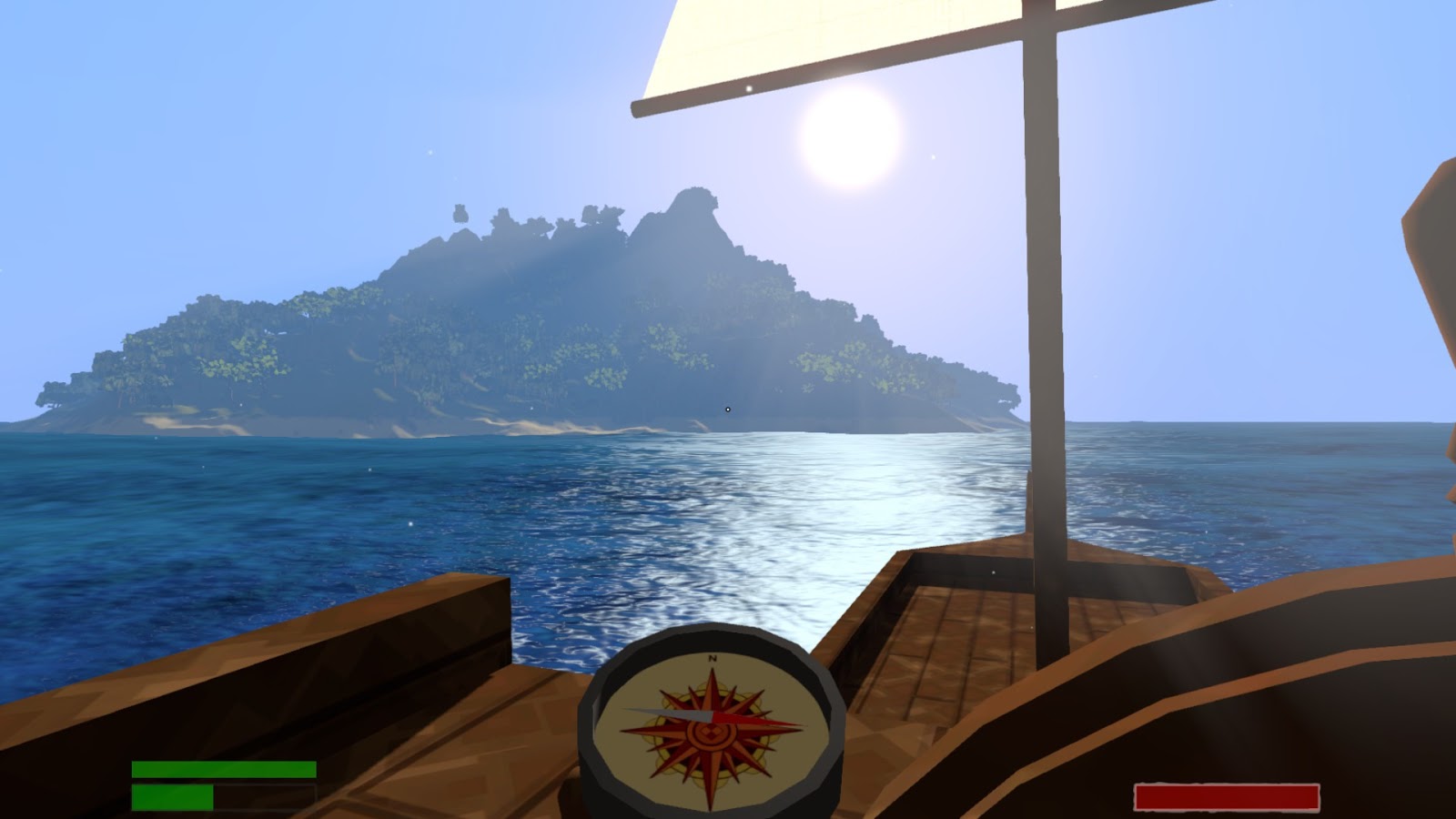 You begin as the proud inhabitant of a tiny island with no memory of who you are or where you come from. You first stumble around looking for food and hoping nothing kicks your unarmed behind. Your only clue to your identity is a journal from a “good Samaritan” who tells you of a chest containing materials for a boat. This boat….well raft really, and the others that you will built or steal as you go become your floating fortress and your key to survival. The only land around is made up of thousands of islands and your boat is the only way to reach them. You can try to swim but it will take you a lifetime to get anywhere so your boat is your lifeline.

It’s this sailing aspect that makes Salt unique among the many exploration/survival games that litter my Steam account. At first you only have the rising and the setting of sun and moon to show you what direction you’re traveling. A sextant and a compass make navigating easier later as you progress to bigger and faster ships. 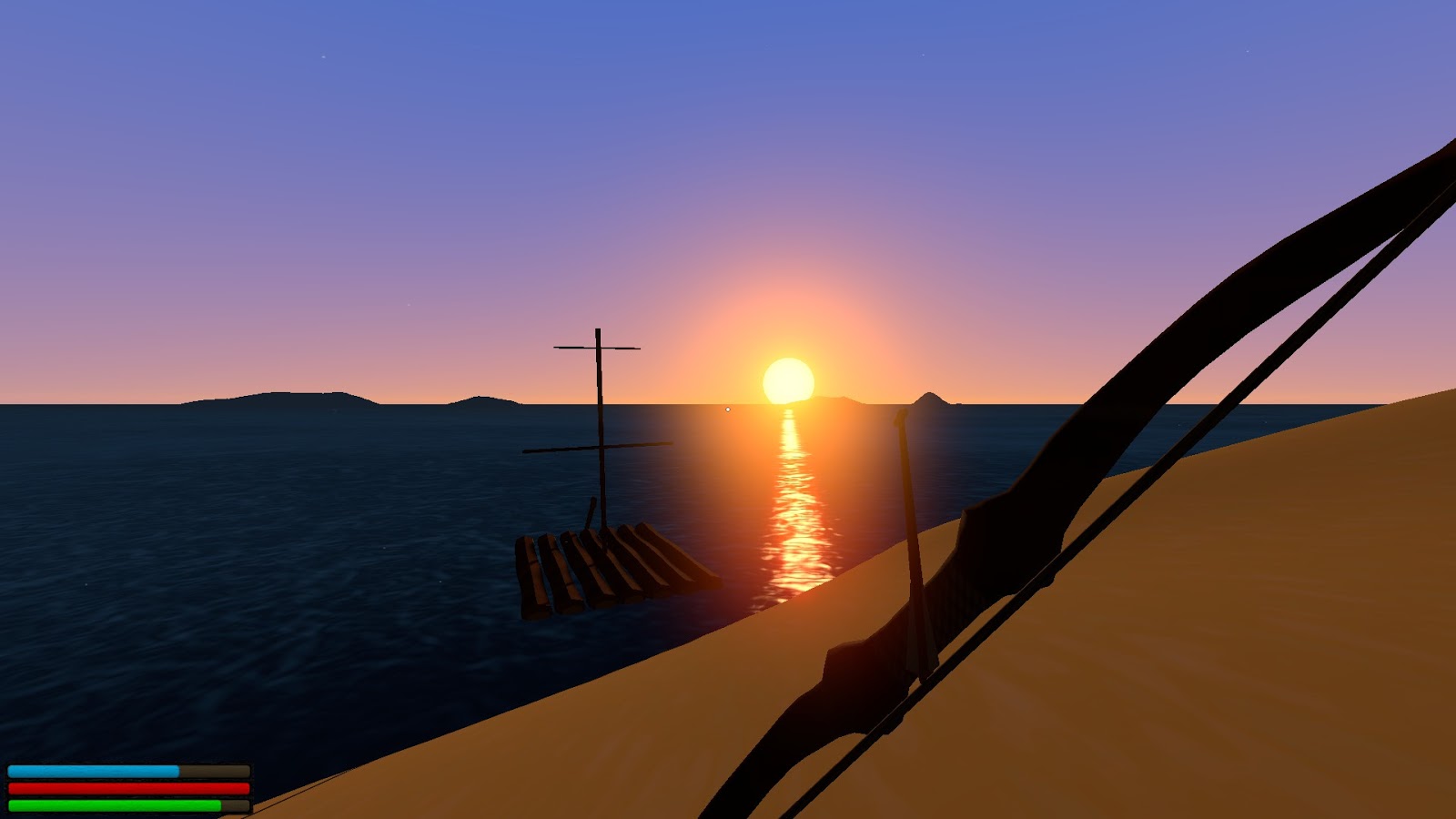 Some of the islands are just there for resources such as wood, deer, ore and plant fibers. Others are guarded by ancient statues who mark the island as a safe haven and point you in the direction of an Inn. The inn keeper (he’s apparently the same guy from place to place who probably racks up the frequent flyer miles) will have important information for you, after you do him a favor of course. The first quest I received from him was to get his hat back from a band of thieving pirates (is that redundant?) on a nearby island. Killing pirates requires pretty good weapons and armour as well as a healthy stock of potions. Fortunately the inn keeper gives you hazard pay in the form of a pretty sword. Pirate extermination can be dangerous but lucrative as most have gold coins on them and there’s usually a chest of loot nearby.

The Inn keeper eventually gave me directions to a merchant who I had to use my “stellar” sense of navigation to locate. Merchants obviously sell you pretty things and allow you to offload your pirate booty for some coins and free inventory space.

If the above was all that was featured in this game I can see it getting boring rather quickly. Find an inn keeper, fight the pirate band de jour, find the merchant, sell your stuff, on to the next inn. However, Salt contains more than enough mystery to keep you interested. On some of the islands you will find crumbling pillars and shrines. Some of these can be looted for high end magical armor or weapons while others seem to be missing components or keys. Books picked up at the merchants and off some dead pirates tell stories of alters which open to caves of riches or other dark places. It’s great incentive to keep pushing to outer edge of your known world and explore. 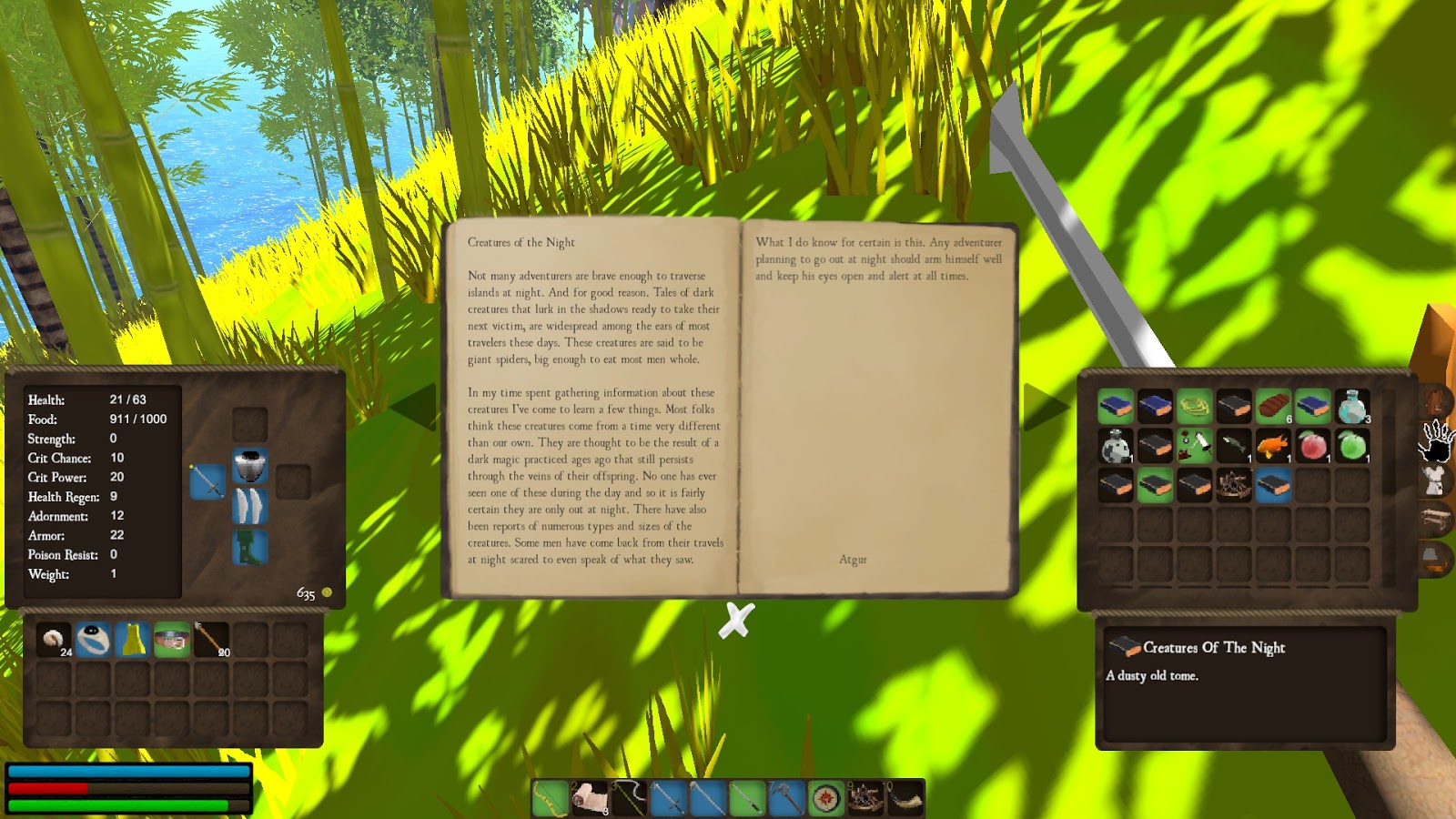 Game mechanics wise, Salt is pretty smooth. You can hot key your favorite shinny weapons and health potions for easy access. All crafting is done from a crafting tab in your inventory using the recipes you find in books or through trial and error. You start out with only the basic recipes needed for survival with a teaser that there are more out there, you just have to find them.

The pirates themselves look comical with their bowling pin heads until they take a chunk out of your health bar. Combat can be a little glitchy sometimes and it’s pretty basic with only slash/shoot and block at your disposal, but it gets the job done. The graphics aren’t ground breaking but the environments are beautiful which makes exploring a pleasure. The developers chose an art style that suits the exploration focused gameplay and it works.

Music is almost non-existent and you only have bird song and the occasional blood chilling scream to keep you company on the islands. On the open seas the music kicks in to make you feel like an epic explorer, braving the churning seas (which actually do churn so sea sick people beware). The sound effects are subtle and make the game very relaxing and immersive. The music on the high seas keeps what could be a very boring part of the game enjoyable.

Overall, I’m very impressed with Salt. For an early access game there is already a good chunk of content available and very few bugs. Lavaboots Studios took a different tact on the exploration/survival genre and created a unique experience. I can’t wait to see what they add to the game as it moves towards final release! 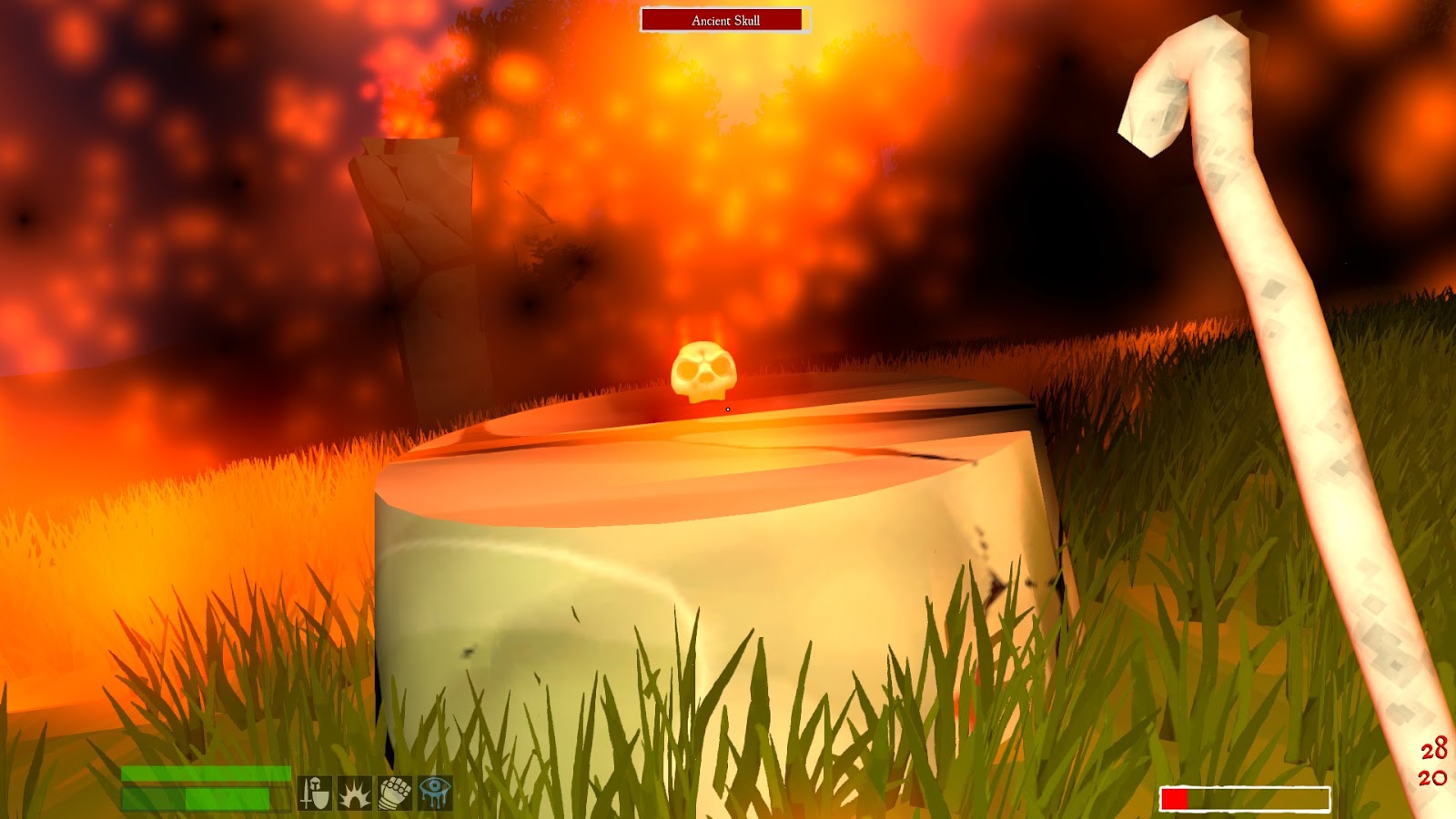