We recently reviewed both the Turtle Beach Stealth 500X as well as the Turtle Beach 420X and found both to be utterly fantastic. There is good reason that Turtle Beach owns the market share and as they continue to release hardware as solid as those two units there are no signs of them losing that prestigious place in gamers’ households. While both the 420X and 500X are stellar units, Turtle Beach aims to outdo itself with their latest offering, the Elite 800X for the Xbox One. Does their latest flagship headset carry on the trend of  Turtle Beach headsets that set the bar for usability? Read on for our review. 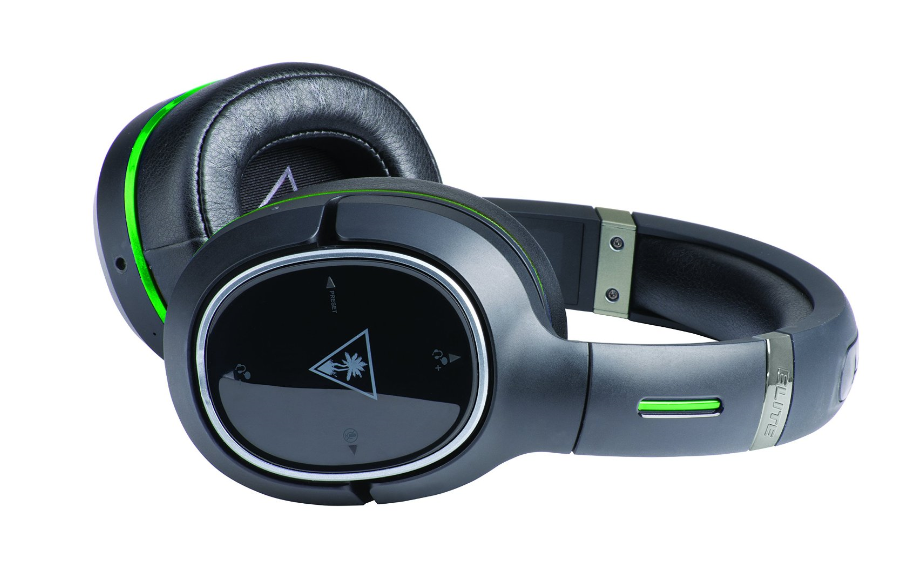 For those of you that have read my other reviews you will know that I am something of a fan of audio devices. Music, ambient audio, environmental sounds, clarity of voice, and the depth of the sound effects of a game can be the coup de grace for a game. An otherwise average game can be instantly transformed from a middle-of-the-road experience to a title worth remembering and more often than not audio is an afterthought (see: Destiny), something to simply fill the void. When a headset can take and amplify that aural experience and bring it to you in a compact and attractive package while still giving the end-user near, if not total control over the settings, you have a winner. A must-buy really. The Elite 800X gives you that control and faithfully reproduces 7.1 surround sound audio in a crystal clear manner. There are no bones about it, the 800X is the best sounding headset available for the Xbox One.

When the 800X arrived I took a moment to soak it in; packed tightly into the box was this beautiful compact headset with a cushioned band that ended in two solid cups that house the drivers and controls. The cups as leatherette and plush and they breathe quite well. The soft leatherette cups are comfortable and even after long stints of gaming or binge-watching a TV show I found that they were still comfortable to wear with relative-to-no discomfort or sweat. Along with the ultra-comfortable headset, the wireless receiver/transceiver, a toslink cable, micro USB cable, and an analog cable are packed tightly together beneath the headset. At first I was a bit concerned as the shipping box was quite small and I thought that perhaps the receiver was sent separately (given that other similar headset come in boxes that are half-again as large), however that was not the case. Instead it was just ingeniously packed to create a small shipping package. Turtle Beach took every measure to ensure the headset and its peripherals were taken care of during shipping. 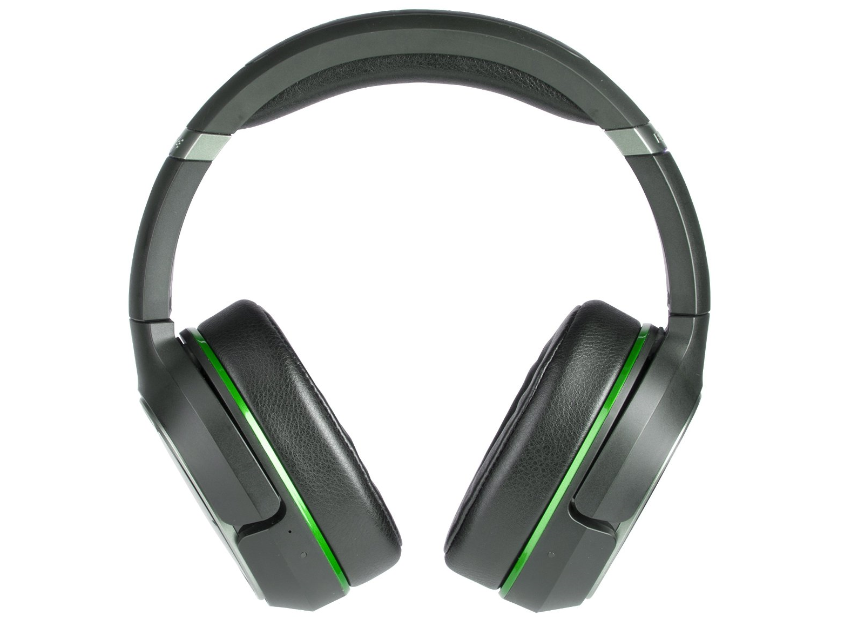 In my review of the 500X I mentioned that there was a clicking sound that appeared when the battery neared the end of its charge however the 800X showed no such signs. In fact I was quite surprised with how long the battery lasted just shy of 11 hours on its first full charge (Turtle Beach claims up-to 10 hours), though subsequent charges lasted about 9 hours of straight use (while constantly alternating between the handful of input and output profiles). For as solid and powerful as this headset is, I expected 6-7 hours tops yet was pleasantly surprised at the length of each charge. Once the battery dies simply place the headset on the receiver and an hour or so later I was back to playing Rebel Zombie Army, Destiny, and the Rare Replay through the headset.

There are a number of different audio profiles that you can choose from, from an enhanced environment audio designed for FPS games to enhance footsteps and other queues to something called “Pure Audio” which is a straight representation of the audio as the developer intended. Each mode is designed for a general genre (sports, FPS/action, etc.) and faithfully recreate the audio in a fashion that I would even consider as “perfect.” The lows are surprisingly deep while the mids are wonderfully rich and the highs are crystal clear with no crackling. The biggest downfall is in the embedded microphone, but given I live alone, it is not all that inconvenient. The microphone is hidden within the left ear cup and is a directional microphone meaning it is imperative that you put the headset on the correct way. 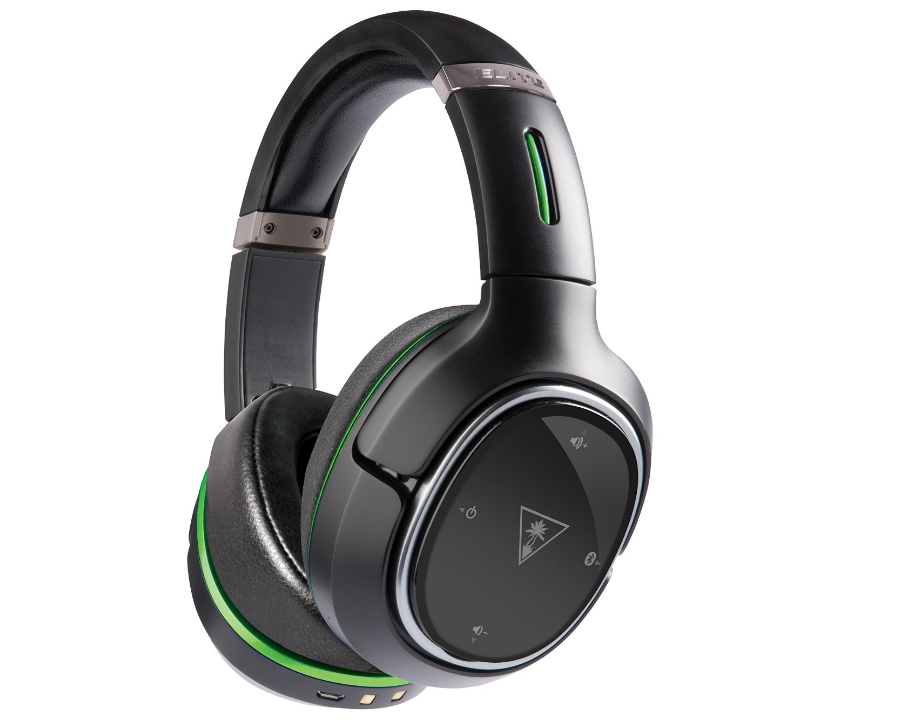 You might scoff and laugh, but the headset is easy to place on your head in the wrong direction (right-hand cup on the left ear) which directs the microphone the wrong direction. If you do that then you will literally have to shout for people to hear you (not to mention your audio will come out “backwards”). The embedded microphone is nice as it provides a symmetrical appearance but the biggest drawback is that you do need to speak clearly; soft-spoken gamers or those that are gaming late into the night (where spouses/roommates/parents are sleeping) may run into difficulties. However I did not run into those troubles and for the most part the microphone picked up my voice just fine. I do have to say though that with the way my living room is set up that when the air conditioner turns on it tends to provide quite a bit of white noise-sounding background audio that was commented on a number of times. With some repositioning (my AC vent blows down on the one spot on the couch) I was able to minimize that issue and as long as I spoke clearly, the microphone did what it was designed to do; minimize background noise while projecting my voice to my fellow gamers.

Some gamers may take issue with needing to speak up a bit to be heard via the microphone which then minimizes the target audience for this relatively expensive headset, however its prime market should have no issue being heard while speaking into the headset. Tie together the clean microphone, extremely attractive aesthetics, and the best audio that a console headset can provide, then stick the name one of the most trusted brands in gaming peripherals on it and you have the Turtle Beach Elite 800X. Everything about this headset is elite and places it in a class of its own.