Visual novels seem destined to struggle to find their audience here in the west, despite their popularity in other regions. They often do not feel like games, and that is a turnoff for some people right away. The other trick is whether or not the story is going to appeal to the player. There is a world of books out there, and while I do enjoy reading, not every book is going to appeal to me. As such the audience share for a visual novel feels frustratingly small at times. WORLD END ECONOMiCA episode.01 is the first of a promised trilogy of tales that does something different with the genre, succeeding more often than not. 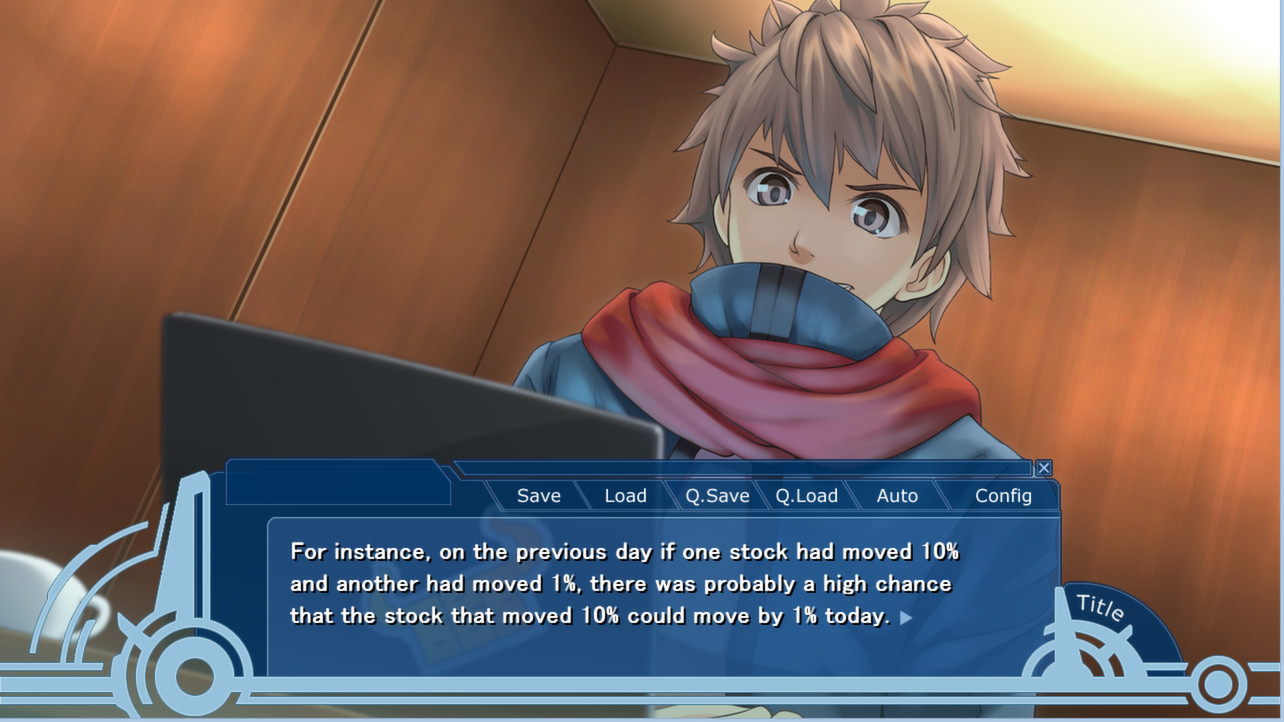 Our story follows a runaway named Yoshiharu or ‘Haru’, and the world he inhabits feels fresh and unique from a lot of what we see in the visual novel genre. In this story, the human race has conquered the challenge of bringing life to the moon, creating a divided society between those born on the moon and those here on earth.

Haru has decided to leave his home, due in part to the social challenges his faced as a child of the first two residents to colonize the moon. He feels put-upon by life and the drudgery of his current existence and searches for an alternate way to not only make ends meet, but to ultimately succeed by getting rich the in the stock market trade. Haru not only starts to experience some new places, but also some very new people. A few fall into more stereotypical categories found in the genre, but their personalities come through well enough in the writing that the banter between characters like Haru and the brilliant Hagana provided more than a few chuckles on my part. 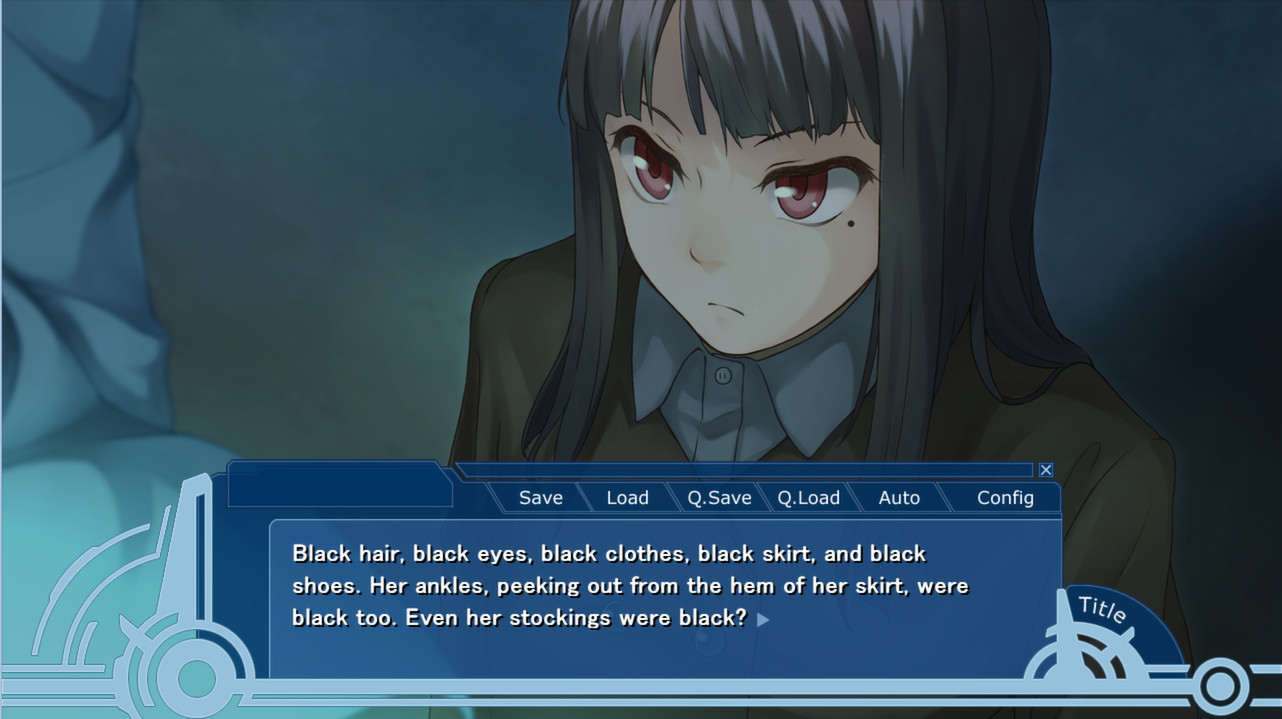 There are times where Haru is not the most likeable of protagonists, and the story follows him around heavily. The background paints a good picture as to why Haru has made the particular choices he has, even if I tend to find it hard to relate to some of the decisions he has made. Thankfully the rest of the cast, each generally flawed in their own way, is diverse enough to make the collective story better than the sum of the characters who comprise its parts.

While the premise here is actually quite solid, you need to go into this knowing that it is a visual novel, and not a traditional game. At its core, WORLD END ECONOMiCA episode.01 is much more linear book than challenging game.. The experiences are not as interactive as I would have always liked and I found the stock trading a missed opportunity that could have been more interesting. Some visual novels try to work in some game mechanics, but do not look for much of that here. If you set your expectations accordingly, it will be more enjoyable. 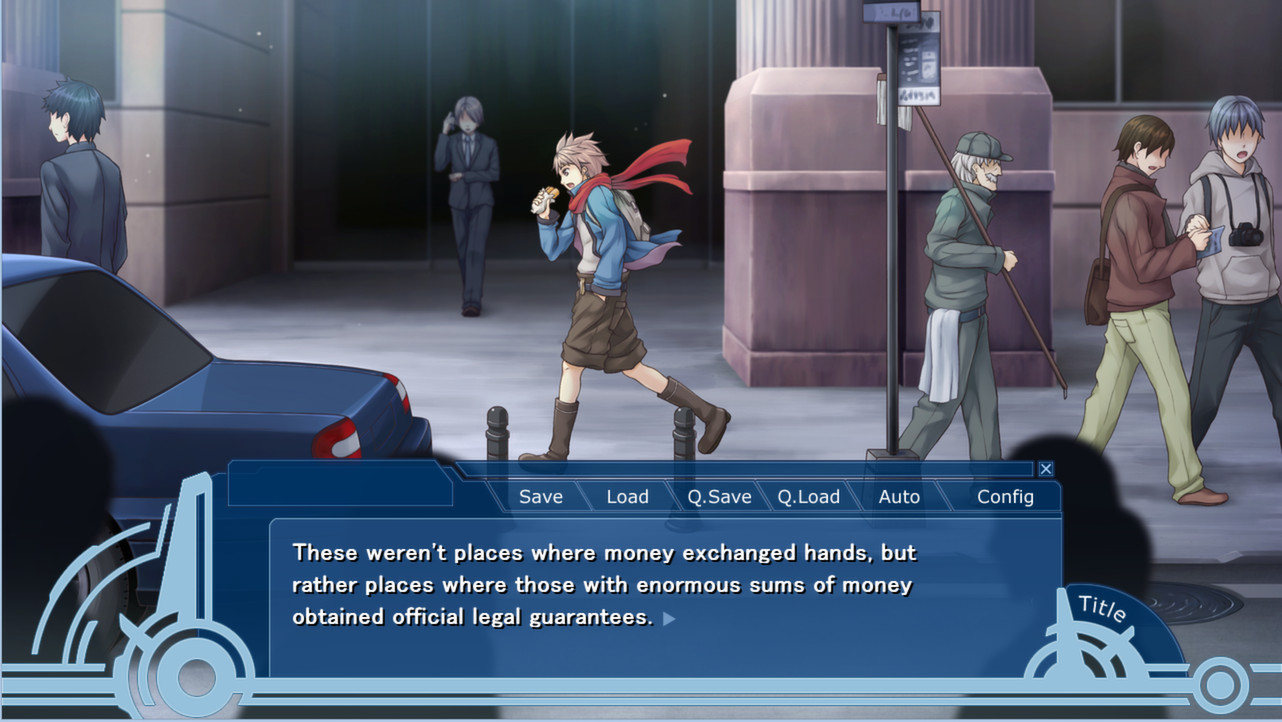 Of course I do not want to dive too much into the story, and much of the appeal of the visual novel genre are the little ‘extras’ you do not get in a book. While the stock trading aspect was somewhat of a letdown for me, I thought the music was an outstanding compliment to the game. The visuals are a bit of a mixed bag as they are usually quite pleasing at a glance, though at times some of the shading and the finer details feel just a bit off.

WORLD END ECONOMiCA episode.01is helped by keeping the focus on its smallish cast of characters. By the end of the first episode, they have all been well-defined and the world that has been created here is unique and interesting. Just go into it with the knowledge that this is much more novel than game, that you will not be making decisions for characters and that you are in for a linear experience. If you are open to that style of game, then WORLD END ECONOMiCA episode.01 should suit you well.