Xara Photo & Graphic Designer 11 is the latest in the long-running Xara family that lets you do anything from creating short animations to designing websites to editing photos. Though never achieving the same household name status as the likes of Adobe and Corel, the Xara brand is just as old, if not older. And given their diversity and robust package, Xara is a great alternative for beginners and professionals alike who want to expand their software and editing knowledge to beyond that of Adobe, Corel and even GIMP. 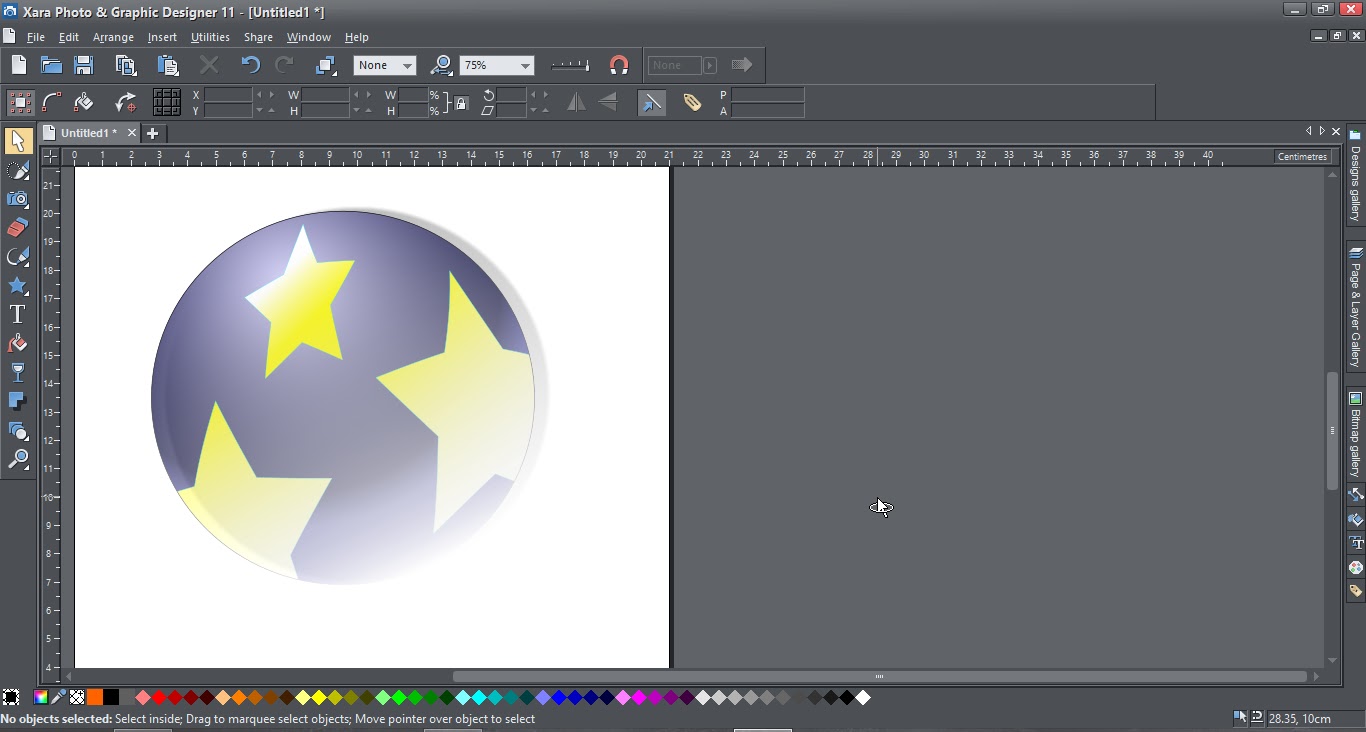 A WYSIWYG tool, Xara Photo & Graphic Designer 11 is as easy to operate as it is easy on your computer. Reguiring only 300mb of HDD space and 500mb of RAM, this software is a great investment for those with a medium- or low-end computer. Because it is light-weight, the response time is significantly superior than that of the most recent, high-profile softwares, such as the Adobe CC family. If the speed and efficiency were to be compared (accuracy may vary depending on your computer), it is just as quick as Picasa – but where Picasa lets you edit your photos using pre-defined assets and templates, Xara gives you creative freedom. Because it uses a sophisticated vector rendering engine, you won’t have to put up with loading times; thus, you can view and edit your work in real-time as efficiently and quickly as possible. This is a major plus for those with generally weak computers, because then they will have one less thing to worry about.

The GUI is plain and simple. The side panels only display the basic necessities while the upper / lower panels are truncated for ease of access and efficiency. Although I enjoyed the clean look of the interface, it was saddening to learn I couldn’t alter the workspace to my own liking. I usually do this when I’m working on PhotoShop and After Effects, so this optional feature would’ve been nice. The tools are impressive and just what you’d expect from a solid package such as this one. Out of all, the best are the Direct Action Tools, as they allow you to add bevel, set transparency level and gradient, change the color and add or remove 3D effects via simply dragging and clicking. 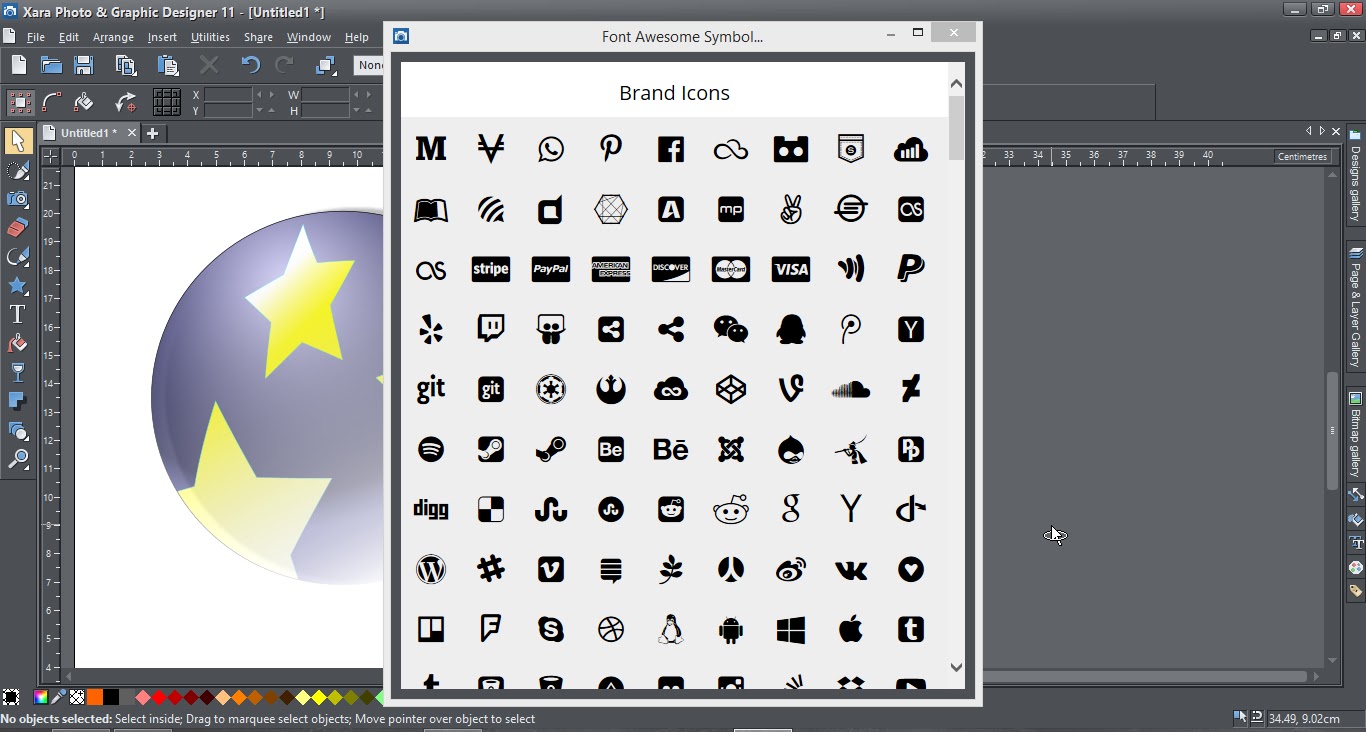 Traditionally, in other softwares you have to open multiple sub-menus and then enter a desired value. Some have the option to preview the alterations in real-time, while most do not. Xara simply removes the part where you enter a figure and wait for the changes to load. Staying true to its WYSIWYG status, Xara gives these features their own icons and makes them part of the designing process by giving them the same functionality as that of a brush, pen or shape tool. This feature saves a-lot of time and I personally saw a great output surge with it.

Another celebrated aspect are the options found in the Insert menu. The Content Catalogue has an interesting collection of clipart and vector images that you can use as is or modify them to your liking for your web design or whatever project is it that you’re working on. There are also many templates available, ranging from CD covers to business logos. Speaking of which, the logo presets aren’t of the best quality – you can get better designs from Sothink Logo Maker. 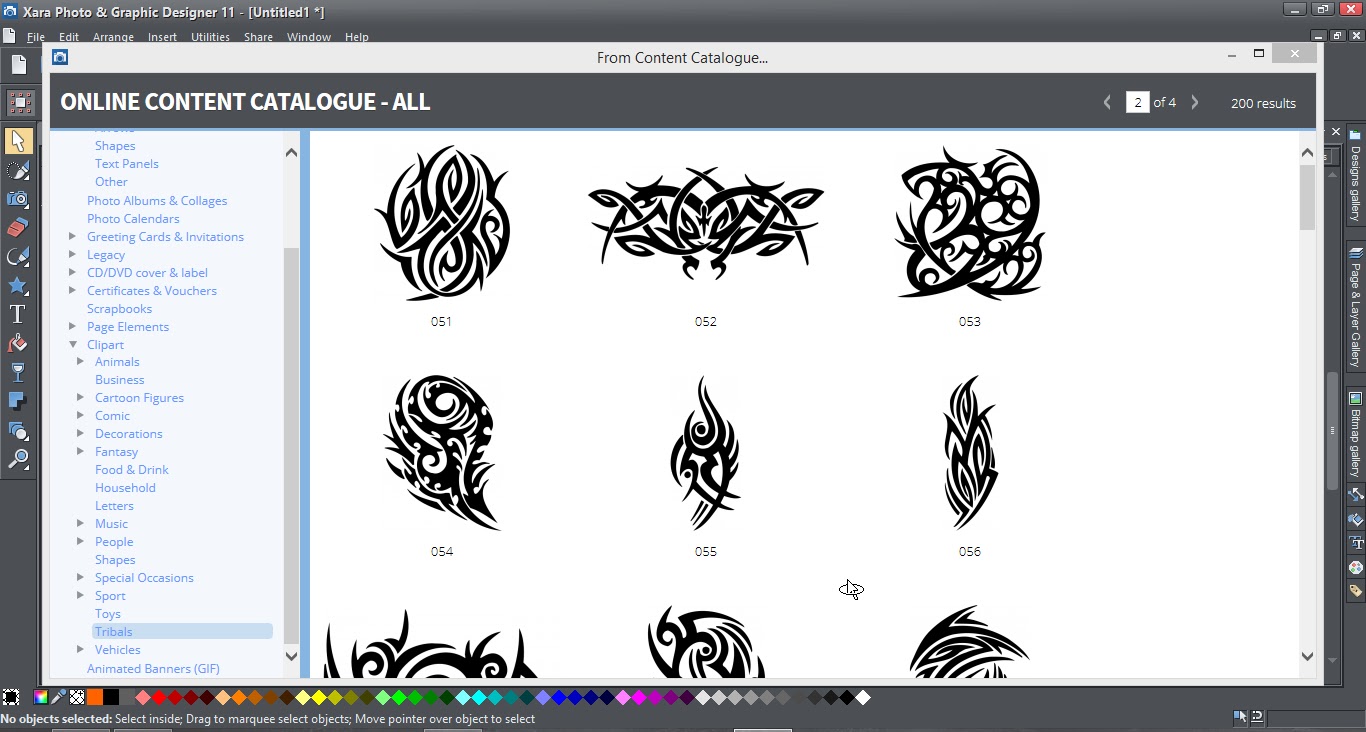 If you’re creating a logo and want inspiration, the best bet is to design and save a logo prototype from Sothink and then edit it in Xara. Sure, Adobe Illustrator is the perfect choice for this work but Illustrator requires a-lot of learning and adapting. Font Awesome Symbol – the most well-known option from the Insert menu – lets you choose from 200+ generic high-quality symbols (such as volume, mute, playback) and over a dozen brand icons (such as Facebook and Steam). This is a neat feature as you won’t have to constantly download .png images and save them in folders – which can, frankly speaking, take time and can be quite frustrating.

In conclusion, Xara Photo & Graphic Designer 11’s options may not have the depth as Adobe’s products nor the deep customizing freedom as in GIMP, but its easy to understand interface, intuitive nature, clean GUI and lightweight platform makes it the perfect alternative. For those intimidated by the never-ending options of Illustrator and PhotoShop may find Xara an approachable slice of relief. If anything, Xara Photo Graphic Designer 11 is the perfect outlet for logo designers, as it grants you just the right dose of freedom, creativity and editing power to make your abstract ideas into concrete reality.