comments Share
You are reading
All Guns On Deck – PC Preview

Just look at that list of genres: Action, Adventure, RPG, Strategy and Simulation. It’s like video game soup where you add a bit of everything and let is simmer for a while. This can be a challenge, but one that so far All Guns On Deck appears to be up to. It has some flaws, but the early returns are promising at this stage. 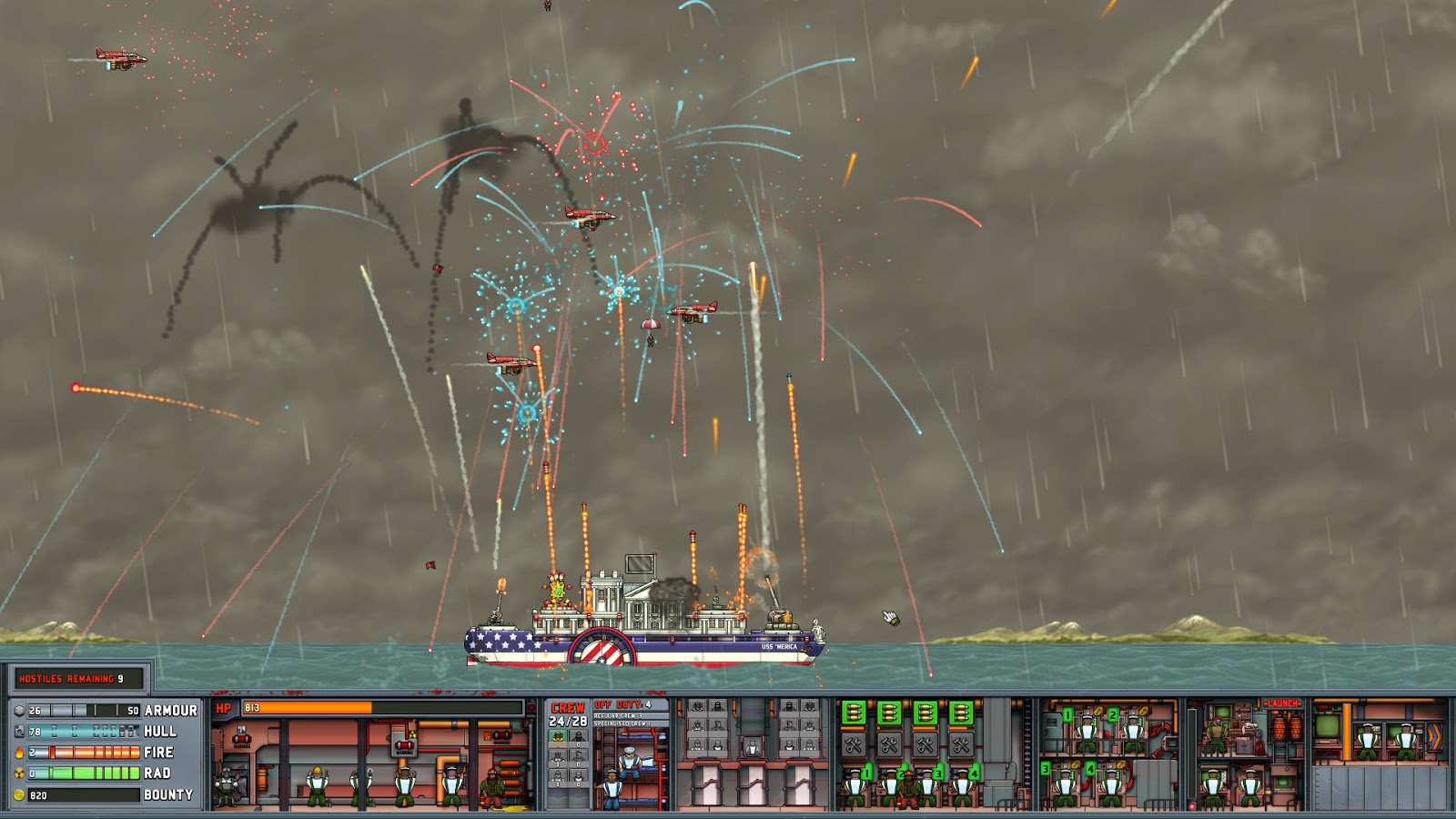 All Guns On Deck is a sea to sky combat simulation that has everything from different enemy vehicles to a number of sea monsters. Yup, sea monsters. That one caught me unprepared the first time, but in a good way. Everything happens in real-time, which gives the combat more of an action feel. By the same token, you manage a variety of different crew members, acquire lots of different ships and weapons and there are plenty of items to find for those who love their loot as well.

It is surprisingly fun to start gunning down your enemies. However, if you develop tunnel vision for that part of the activity, you might neglect to notice that your ship is taking on water. Turns out that your crew is not made up fish, so drowning is a very real possibility. This can turn All Guns On Deck into quite the multitasking proposition, since crew management is an important part of the process.

Now getting the game started is a quick process – but the tutorial information at the beginning is pretty lacking. You can see the basics, but frankly playing the game and then referencing it makes a good deal more sense. Making the tutorial interactive down the road would be a huge step in the right direction.  The story is pretty bare bones stuff before dropping you into the naval base where you stage your preparations for the next match. 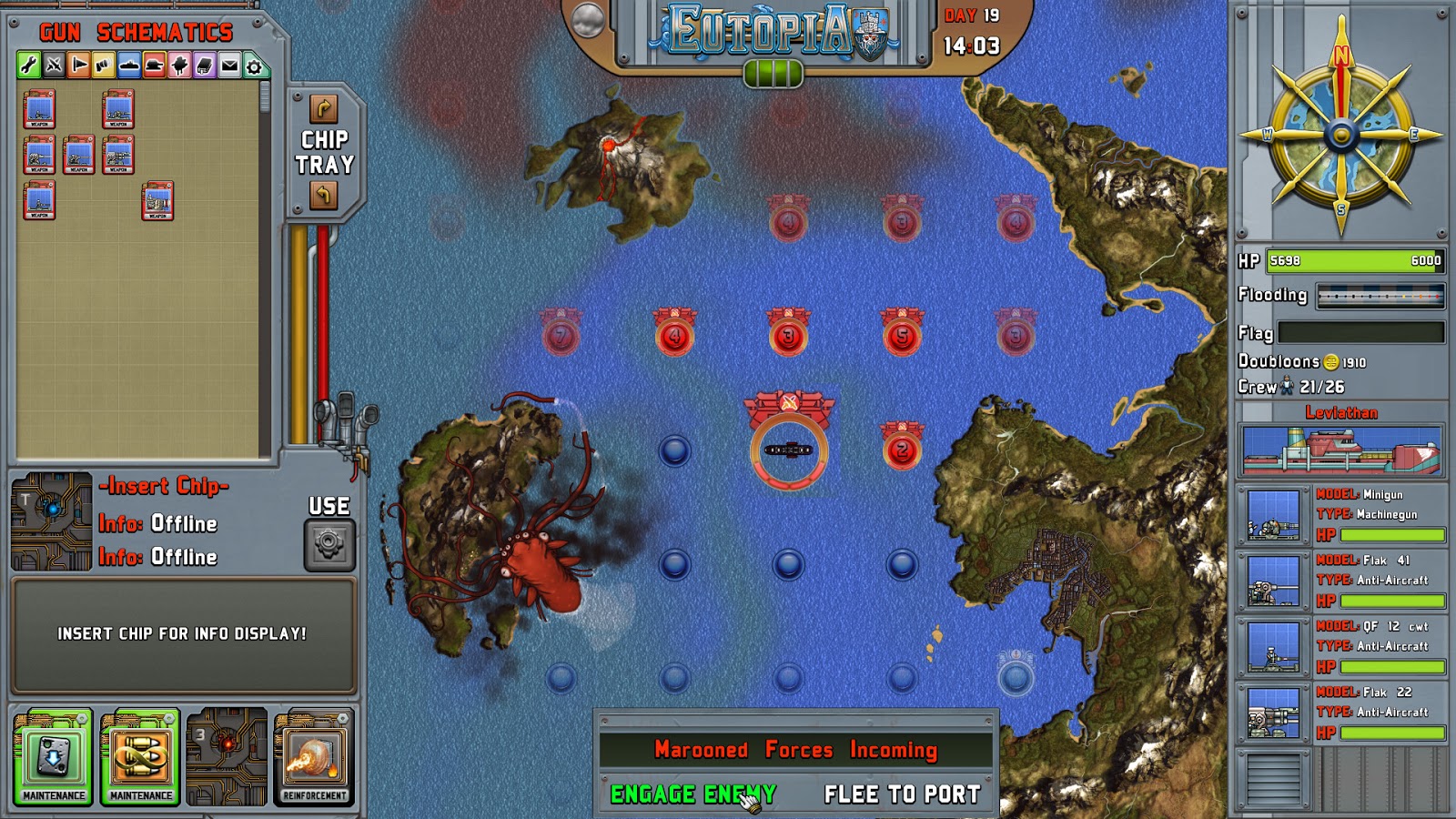 Preparations include chips which you can slot into your constructed ship. To start you have very limited resources, but as you play there are more opportunities for variety. Machine guns, anti-aircraft guns and different stats for your ship (which includes things like armor and crew capacity). As you walk around recruiting crew members (I wish you could move your character faster. He is pretty sluggish moving about the port town).

You then set sail and look for trouble. It does not take long to find that trouble as the game counts down and you engage with a squadron. You fire off into the air trying to shoot down the opposing aircraft, which is constantly dropping bombs on you. Sometimes people will attempt to board your ship – an item that I never noticed in the brief tutorial, so you need to remember to smash them down near the bottom of the screen. Your ship will take on water, catch fire and more – it is not an easy game.

Thankfully dying penalties are light, so you can return to port and improve your lot before heading out on adventure again. There is a nice sense of progression – you will die early on but over time you do gain more options and access to better ships and gear. Waves that were challenging early on give way quite easily after an hour or so of playing. 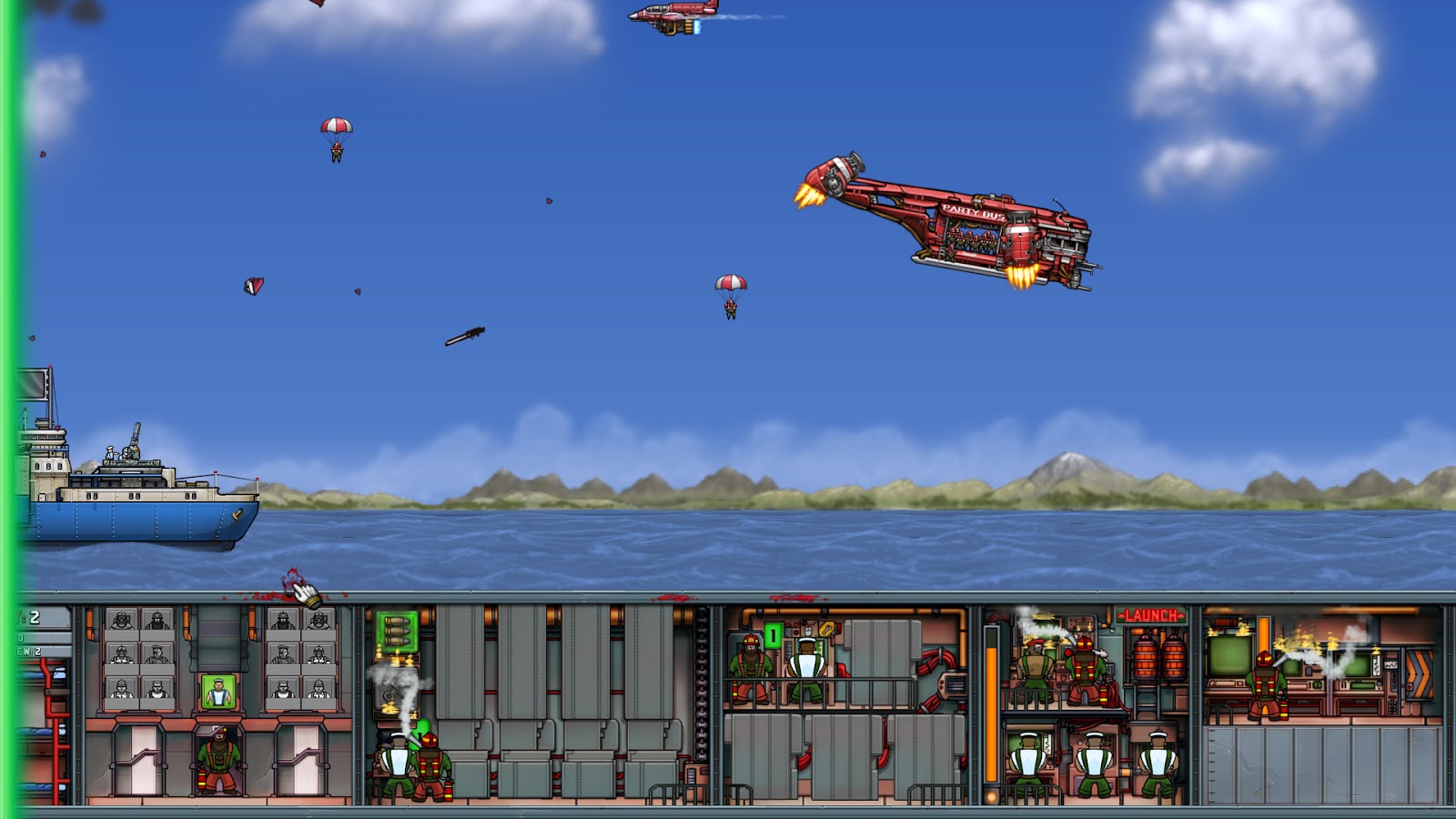 Now, this is a very Early Access game, and it shows in several ways. The aforementioned tutorial could certainly be improved on, as could the actual interface – especially during combat. There’s no real guidance or reminders (I suppose you could say tooltips) to help coach you during play. Additionally, there is a lack of additional options for things you normally would see, such as resolution control upon starting up the game. All of these feel like issues that can and probably will be dealt with later, but it was worth mentioning at this stage.

So far All Guns On Deck looks like a promising title. You sometimes worry about games that span several genres, because it is too easy for them to either lack an identity, or never quite nail the mechanics they develop because they are decent at everything and great at nothing. So far All Guns On Deck is good at a few things like the ship customization and the overall presentation looks and sounds nice, but further refinement to combat, menus and perhaps moving about the city a bit more quickly would be welcome. 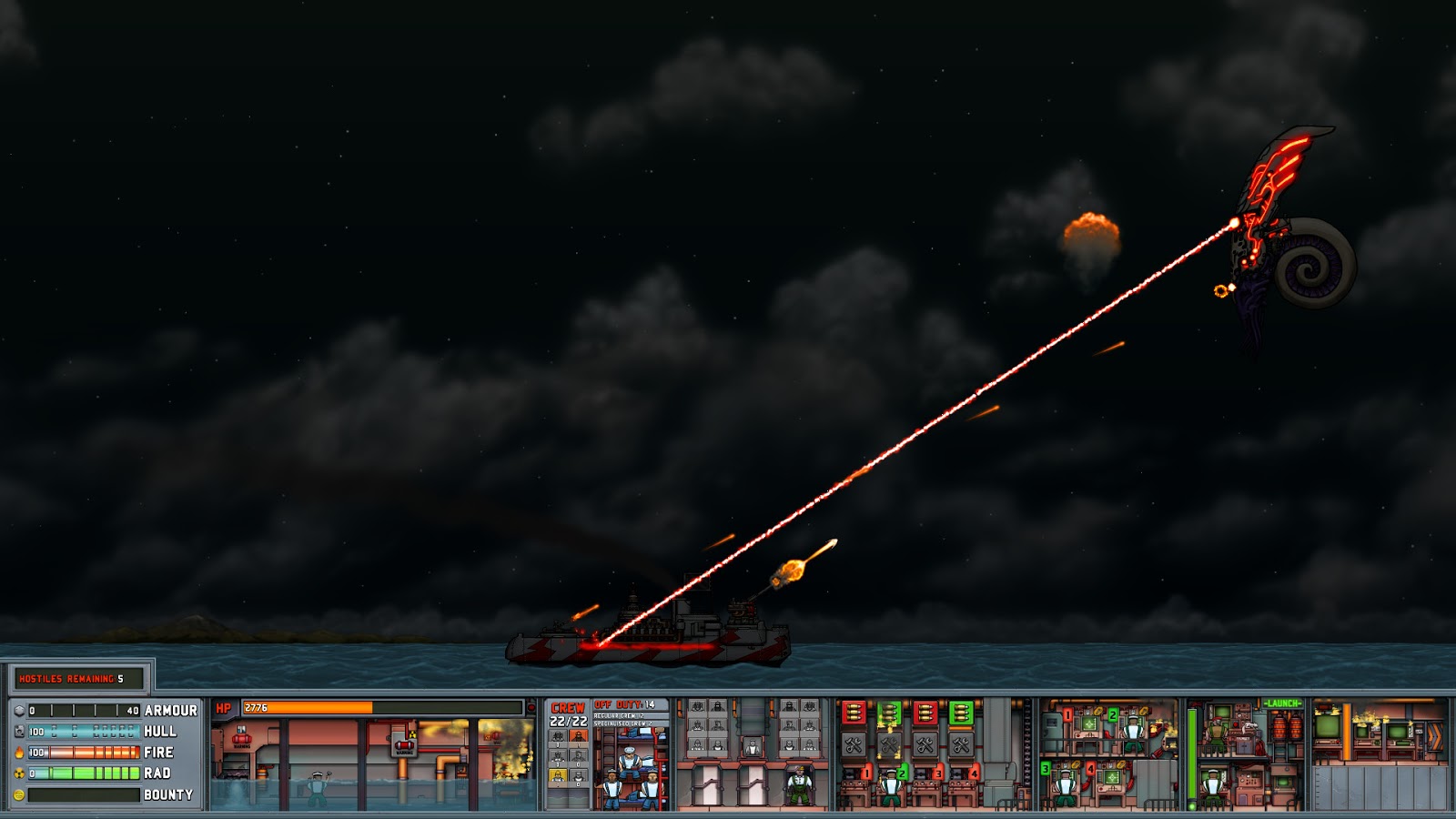