Kickstarters have been all the rage of late for the funding of projects that would most likely never see the light of day without them. Celestian Tales: Old North is one such title from Ekuator Games that is a throwback to an older RPG era of gaming. With beautiful hand drawn designs, players choose one of six Nobles to control as they make it through Squire Training in order to better serve their realm. 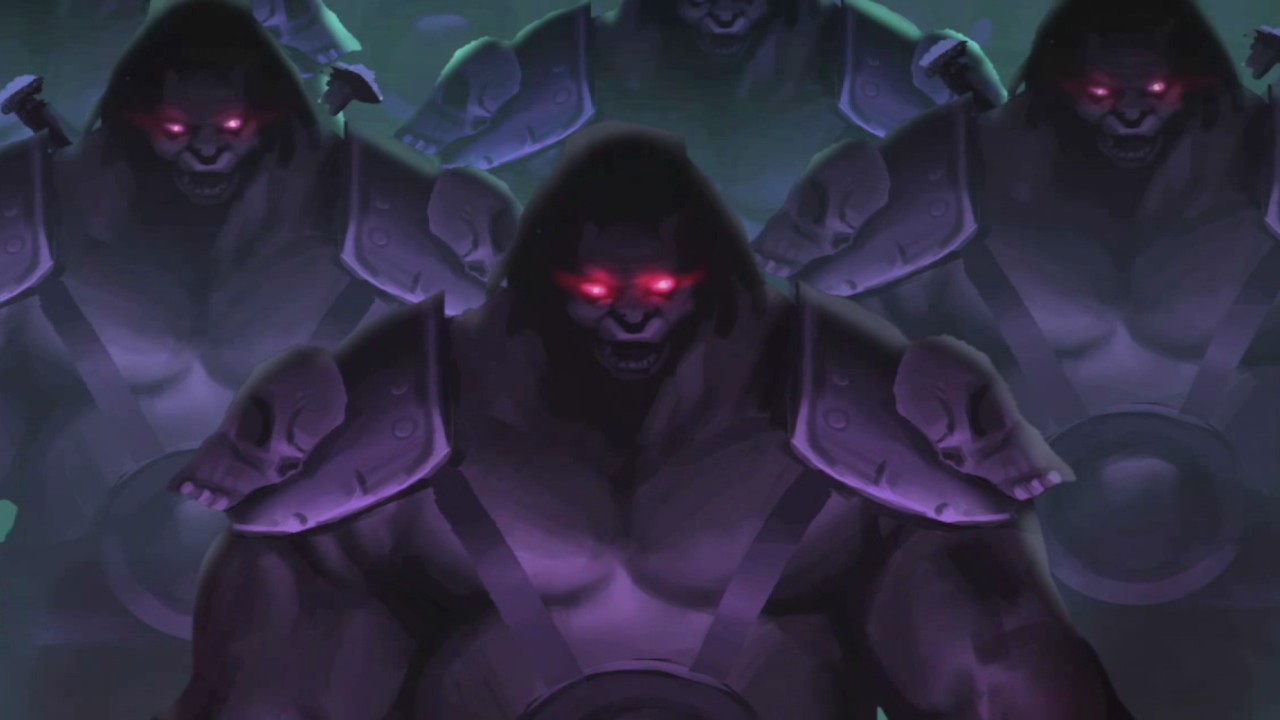 Celestian Tales is the story of six Nobles who have been sent off to become squires of a northern province for a variety of vastly different reasons. Regardless of the protagonist chosen, all six will form a party together with your choice of the six essentially becoming the “leader” of the party. I say essentially because there is no real leader to this group as egos and tempers can run high. Being from different backgrounds some of our high born are definitely used to getting what they want and when they want it more than others. Add in an Elf to the mix who doesn’t know about Human behaviours, religions, or temperaments, and the recipe for some rather heated discussions are ready with the pot set to a permanent low boil that is just waiting for a temperature spike to spill over the sides and make a mess.

Having six characters nearly at all times would make one wonder exactly how different things could be depending upon the chosen leader. While the major events don’t change as our band of silver spoons are ordered around, it is the small things that make picking another character interesting. With different prologues that show exactly how and why a certain character wound up into squire training, there are also small sub events can happen in between the larger ones that differ from one character to another. It is in these little scenes that the blanks are filled in to truly get the whole picture which can also in certain cases explain why a certain character was in a foul mood and bit someone else’s head off. 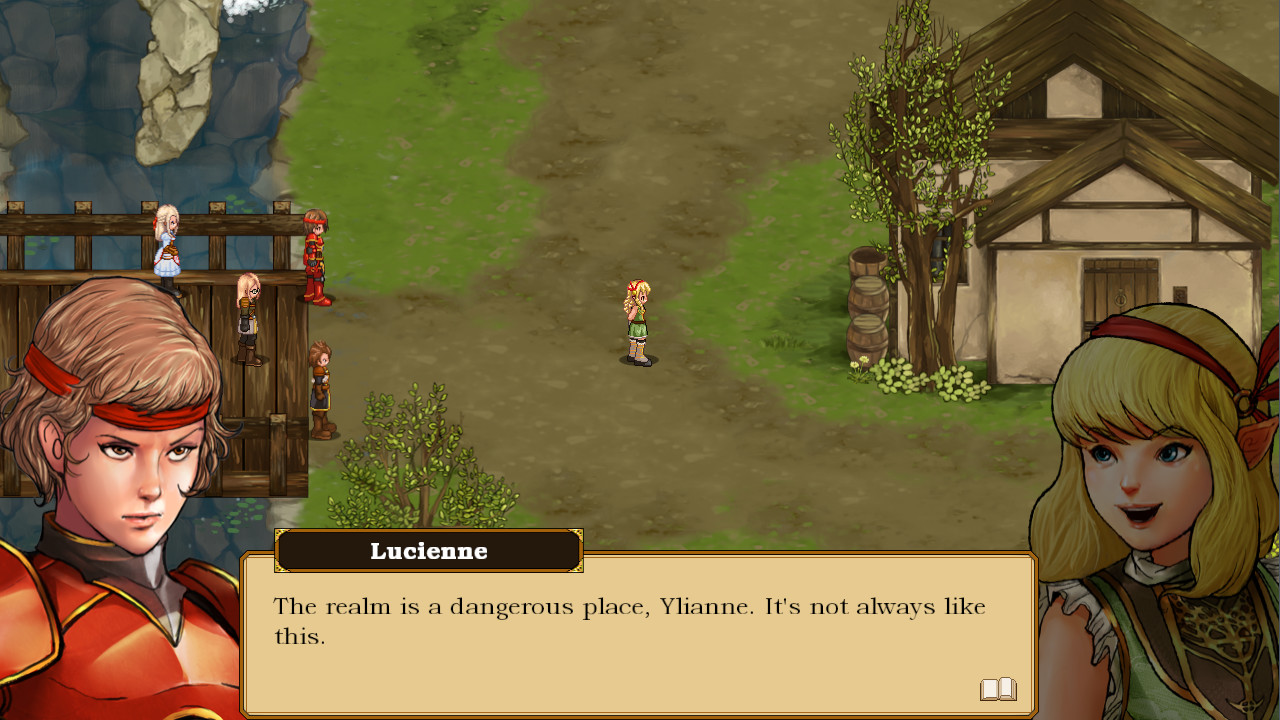 Fans of the older styled turned-based RPG combat systems will find themselves quite at home within the realm that our characters are about to explore. Using a speed based system, the turn order can be viewed in the top left corner of the screen allowing for players to decide their moves ahead of time since they are given an idea of how things could play out. Figuring out which characters work for your style can take a bit of experimentation with each one having different skills and weapons styles to bring into combat.

Combat itself is rather straightforward. Characters can either attack, defend, use an item, or use a skill on a stamina based system. The Stamina system allows for characters to use a skill as long as they have the required points to do so. Starting off combat with a base of three, a total of eight can be acquired by either attacking an enemy for one, or defending to gain two. While the Stamina system is not really something new, it is used quite effectively in order to limit the skill abuse especially when the system provides full hit points and a basic amount of stamina per battle compared to a mana (MP) or technical (TP) point like system.

Unlike the days of old in which non-participants did not gain experience, which makes total sense as they didn’t do anything, our Nobles don’t actually have levels of their own. They are nobles and they are spoiled. Instead of having individual levels, one level is shared with all complete with stat boosts and various skills earned once the level ups have been gained. 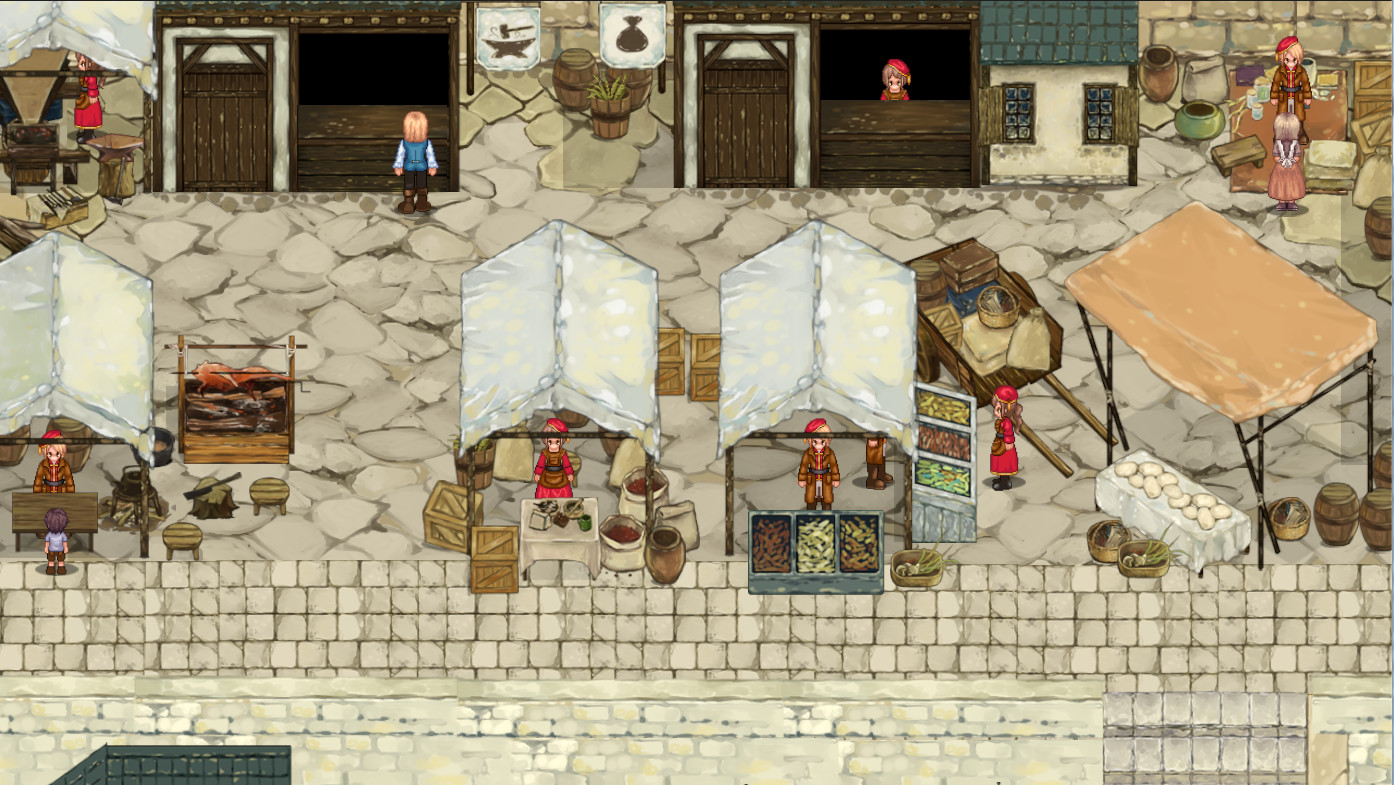 Skills themselves come in the two varieties of Active and Passive abilities. Each level up grants new skills to three different characters at a time making a trip into each ones status menus a good idea every few levels. With four available Active Skill slots, each Noble can be customized as the player sees fit for the combat role that they have assigned by the player. While multiple characters may be able to heal, one can still loose a volley of arrows into the entire enemy group while the other concentrates on taking the brunt of the damage by taunting everyone else and being the focus of their wrath. Complementing these battle abilities are two passive slots that can be used in order to either amplify a Noble’s battle prowess or simply increase their odds in surviving combat.

Graphically Celestian Tales is pretty to look at with its chosen hand drawn art style. Visually clocking into the late SNES and early PS1 RPG era nostalgia, it could honestly fit in nicely besides the likes of Suikoden 2. While hand drawn graphics which are seeing a surge of late, it is what developers do with this style that either makes it work, or breaks it entirely. Falling happily into the first category and making it work, characters both main and otherwise have different animations for just about anything that they do. Walking through town actually looks like our characters are walking while the animations change even in just the swing of the arms while they run. These little details add up such as how a character will hold their sword or bow versus how an enemy will stand while waiting for their turn before unleashing their weapons upon the party. All of these little details add up showing just how much work went into the visual presentation which doesn’t even skim the surface of what was done within the dialog with the many different voices, accents, and nuances that each character may have. 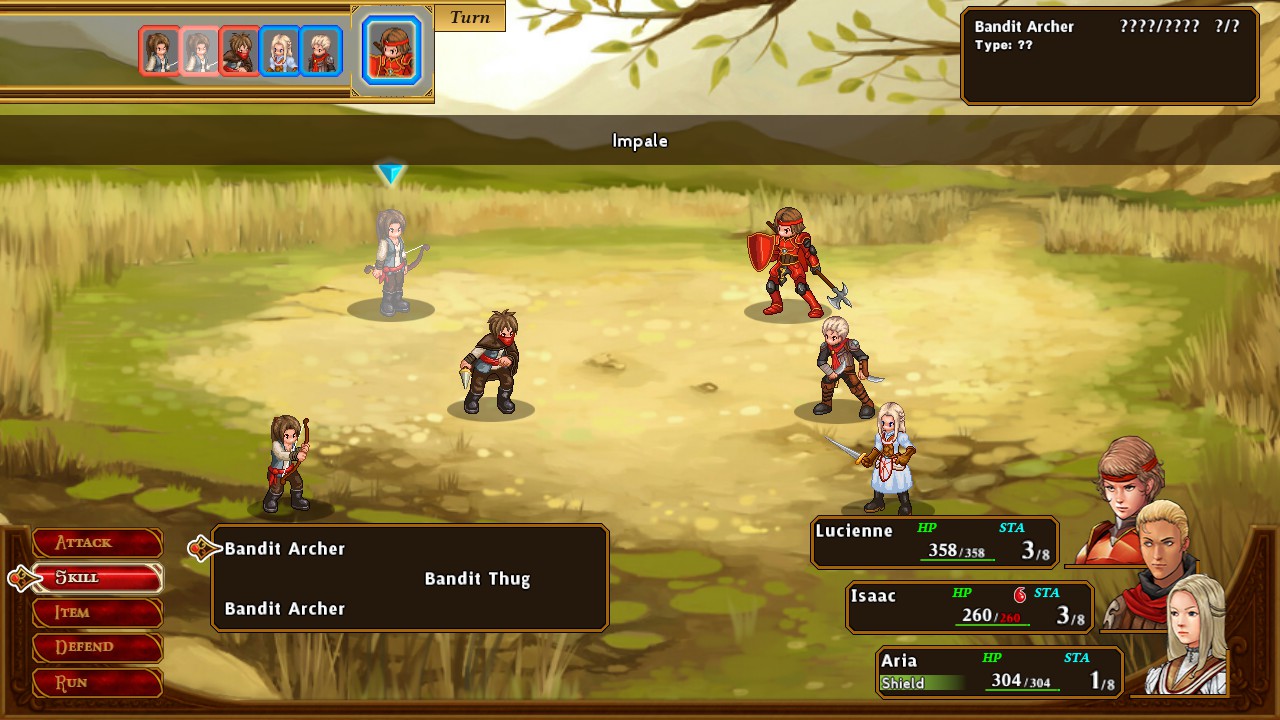 With great battle systems, beautiful art styles, and wonderful music, a game can still fall flat if the dialog is not up to par with the rest. With the said rest being good in quality, where everything really shines through is on the dialog. Celestian Tales offers each character a voice of their own, a particular temperament which further differentiates one from another, and an accent of their words that lets the player know that these people don’t all come from the same place or even “social status” even if they are all Nobles. Between this, the hand drawn style, and the simplistic yet entertaining battle system, the whole is greater than the sum of its parts.

The only issue that I do have with Celestian Tales is the late game scaling of enemies in combat. Not being very long and clocking my first playthrough around the six and a half out mark, the last few combats took me by surprise at the sheer difficulty that was now before me. While I may have had the party grind for experience and learned effective combat maneuvers depending upon the party setup, the final few encounters random and otherwise were simply insane. The final boss himself was something unseen to our party and honestly I had to go back and grind a few more levels because I simply could not survive the encounter as he himself could heal as well as damage the entire party followed up by another attack generally killing one or two outright. Up to that point I had thought myself overleveled. While it did make sense in regards to the storyline, the fight itself felt very out of place with how the rest of combat had been up to that particular point.

Celestian Tales: Old North is a great throwback RPG to an older time which does not lose itself in the potential nostalgic feelings that it can invoke. Instead of this, very well written dialog is supported by a decent combat system and wonderful hand drawn graphics that are great to look at for hours on end. While it may not be the longest RPG out there, it has replayability with the other characters that fill in the blanks as well as start off the events further to come in the next installment as this is hopefully just the beginning of a great series.