Mionix has come out of nowhere to become one of the more prestigious computer peripheral manufacturers that we at Chalgyr’s Game Room have seen. With a strong focus on ergonomics, incredibly high build standards, and some of the best-performing gear we have seen, Mionix is continuously surprising us with their newest equipment. Our previous review of a Mionix mouse could not have been better as it scored a perfect ten and we managed to get our hands on the latest performance mouse from Mionix, the Castor and have taken it for quite the spin. 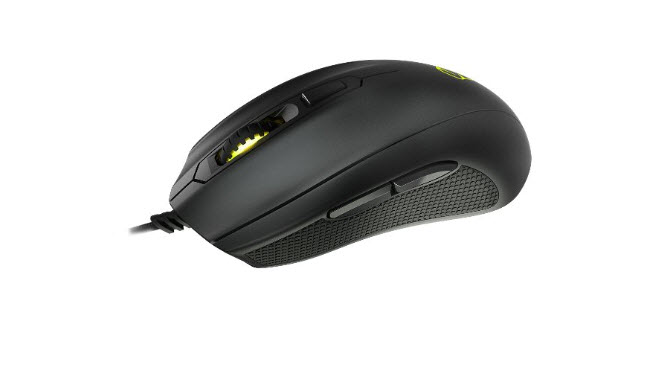 Where the Naos 8200 was an ergonomic wonderland that had the performance chops to run with the best of them, but at a price, the Castor comes in at significantly less in terms of cost, and has a different design. I likened the overall feel to the SteelSeries Rival, an excellent mouse, though a bit more compact. The Naos is relatively large but comfortable for those with small, medium, or large hands due to the ergonomic grooving on the mouse. The Castor though, is more of a traditional mouse and is a bit less ergonomically-comfortable than the Naos. However, comparing the Castor to the Naos is a bit unfair since the Naos is their flagship mouse; the Castor is more “sports-car-for-a-compact-price” and thus does not compare well to the Naos.

Setting the Naos aside the Castor in its own right is both unique and exemplary in a few things. Firs the design of the mouse works for a multitude of gamer grips; from the odd “claw” grip to a full-on-palm grip, as long as you have small hands that is, most small-to-medium sized hands can and will find a decent grip that works for them. I for one have a bizarre grip with the Castor (see it at: http://screencast.com/t/41LrClXX and http://screencast.com/t/Ov1eV62v5qh8) yet it suits me just fine for strategy games, simulators, and classic cRPG titles. For more involved or high-octane gaming I adopt a more stable full-palm grip that allows more control of the mouse. Being able to position yourself comfortably around a performance peripheral is key and that is one of the benefits to the Castor. However those out there that simply want to put their hand on a mouse and go may find some discomfort in the small size. 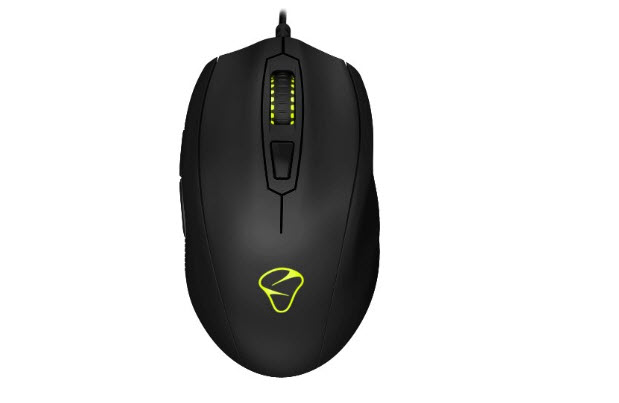 Once you establish your grip you will find that the slide action is smooth, especially when you run it along one of Mionix’s gaming surfaces (in my case, the Sargas 320), and does not catch regardless of the surface you are using. The lens used for the optical sensor is quite sensitive and can be used on most surfaces, though I hazard trying to play anything more robust than a cRPG like Shadowrun or Wasteland 2 when you are using your couch for a surface (trust me, I tried). Though each of the 6 buttons are programmable I found that the default settings were more than adequate for most games, but if you so desire you are capable of reassigning each of the buttons to a different task/macro.

There is a center button just below the mouse that alters your capture sensitivity through a few speeds (fast and really fast). In its base for the Castor feels set up for first person shooters, more specifically twitch-based shooters like the old Quake 3: Arena or CounterStrike. In my old age though, I found that lowering the impressive sensitivity helped with general every-day tasks as well as the particular style of games that I tend to play. 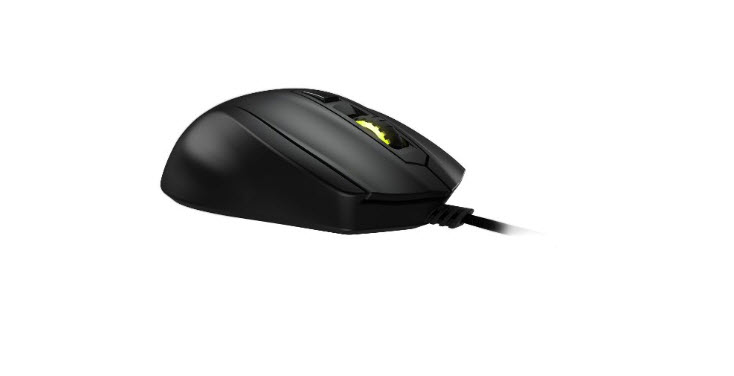 With its small size and ultra-sensitive camera the Castor can be a bit like riding a wild bull at first, though once you get the hang of it you realize that you are resting on a powerful beast that can take you wherever you need to go, plus some. Given the price of the Castor and its generally chameleon-like use, the Castor does have a bit more to it than its competitors do (such as the Rival) given that the click action is extremely nice, mechanical, and quite durable. Additionally the smooth nature of the mouse as it glides over various surfaces is stellar, however the biggest drawback is the relatively small size of the mouse.

With its petite frame, the Castor cuts out a fairly large portion of the gaming population as there is no real way to get a solid, comfortable grip on the mouse. I count myself fortunate in my small size as it fits me fairly well, though with a bizarre grip (as you see above). That said, the Castor is a solid entry into the main product line and fits nicely above the Mionix Avior line while falling just short of the entry-level Naos line.