Deep, robust, engaging – all of these and so much more could be used to describe Nobunaga’s Ambition: Sphere of Influence, and they somehow still feel lacking after the substantial number of hours of my life put into this game. Prepare to spend a lot of time and effort – but if you do the experience you receive in return more than rewards the investment in what is so far, this year’s best strategy game. 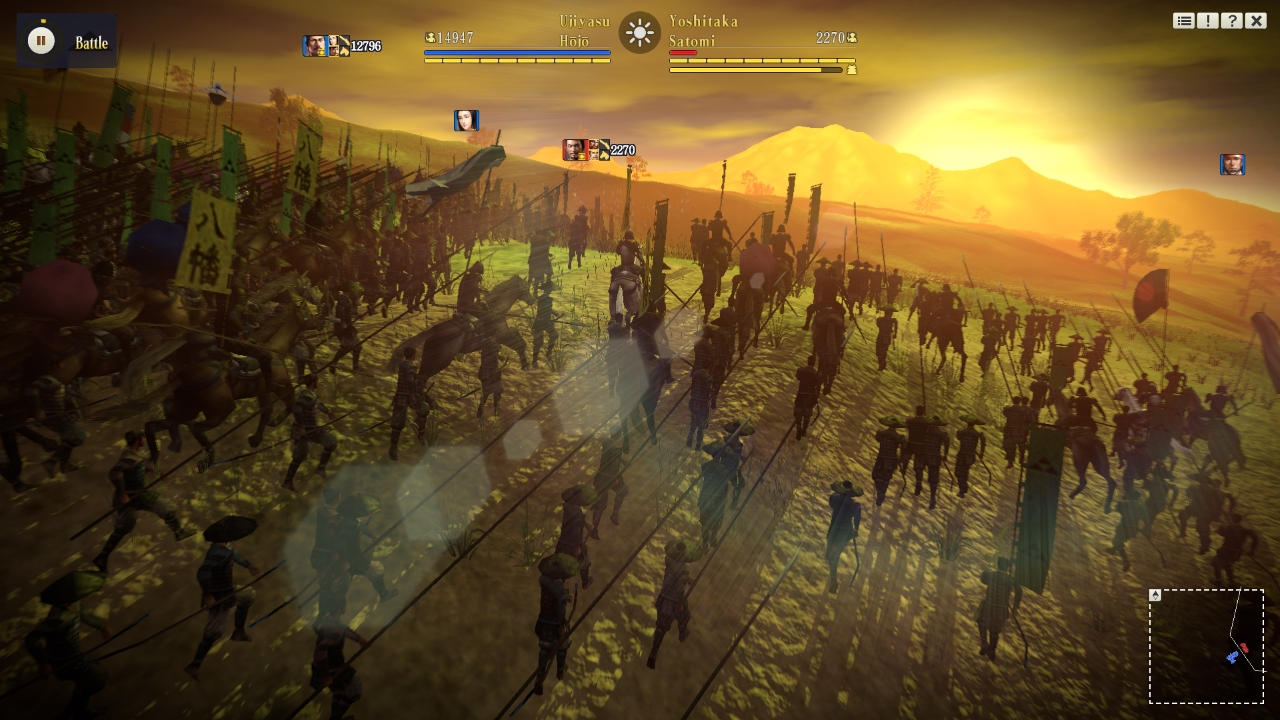 I had a chance to kick the tires on Nobunaga’s Ambition just about a month ago when I previewed it on PC. The early returns were promising as the game showed a great deal of polish and it was clear that this was no early access build – but a game that was fully fleshed out and being fine tuned for its final release. I am happy to report that now Nobunaga’s Ambition has been released, strategy fans should find a lot to like here.

Things start simply enough, with a beautiful introduction followed by the first of many menus you will be presented with. From there, I strongly recommend going straight into the tutorial campaign. I have played a strategy game or fifty over the years, but the best ones have their own systems and mechanics that make them unique, and Sphere of Influence is no different. In the tutorial, you play the part of a dimwit who really has no idea how to lead – which is the perfect setup for rolling out the basics. Early on, you are tasked with menial jobs like increasing crop productivity and making nice with your neighbors. These things are all important for establishing the game’s more intricate systems, which come into play once you set your sights on expansion. 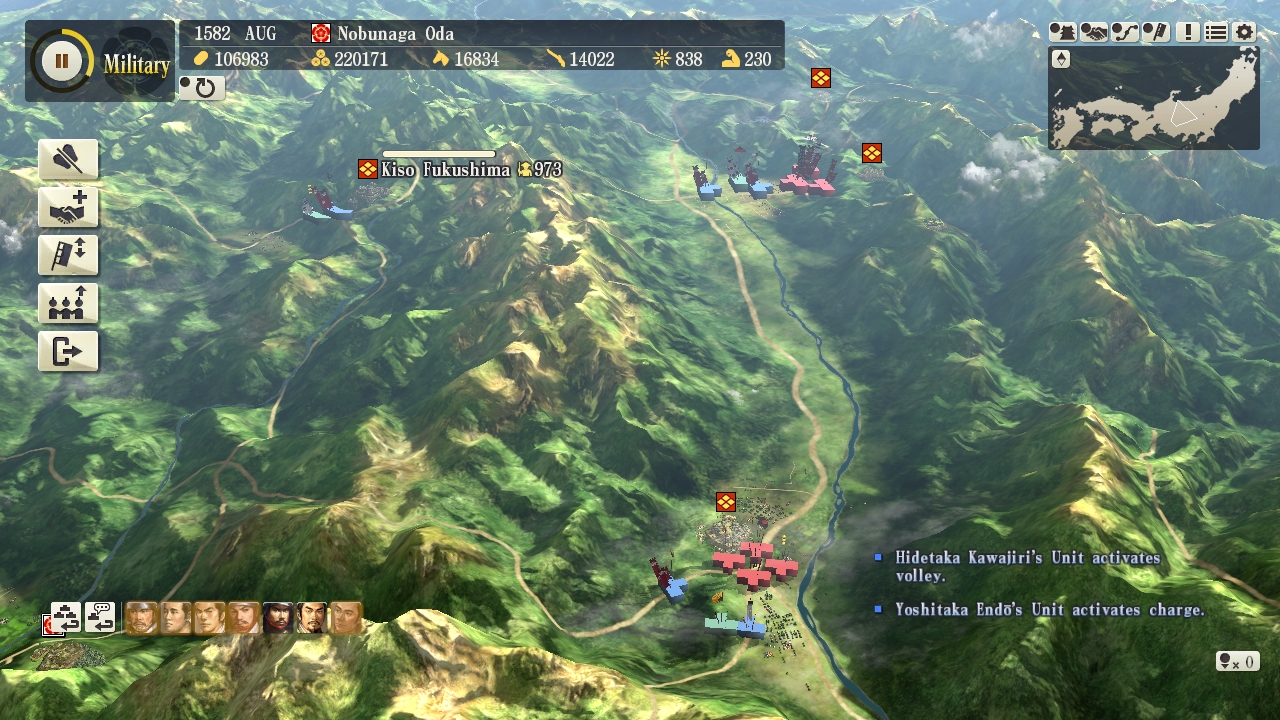 Expansion is the name of the game – all for the sake of unity. Feudal Japan is at war with itself in this historical simulation, and you can choose from any number of rulers and their clans to try and bring the country back together under one leader – you. There is an interesting blend of turn-based and real-time mechanics at play here. Sphere of Influence operates on a month-by-month basis. Each month you set your generals to task on everything from fortifying your castle to recruiting other generals and diplomatic missions. When the month ends, you meet with your council and get an update on events. There is a speed option in the upper left that allows you to make the time go by fast or slow as needed. I generally kept it on fast progression unless there was combat taking place that month. Next month, the generals are refreshed and ready to be assigned new duties.

The combat that I mentioned before is where the real-time strategy comes in. This is a dramatic departure from some of the really old school KOEI games of yesteryear, but it works well. Combat factors in several things, from generals to sheer numbers to terrain and equipment. Thankfully if it gets to be a bit too much – some of the larger scale battles can be a supreme test in multitasking – you can pause time to issue commands as needed. Usually in games like this, the combat is where it is at, and while it is still important, I was impressed with just how balanced Sphere of Influence is. I enjoyed everything pretty much equally, whether I was at war, working on some diplomacy, improving my region or simply watching historical events unfold. 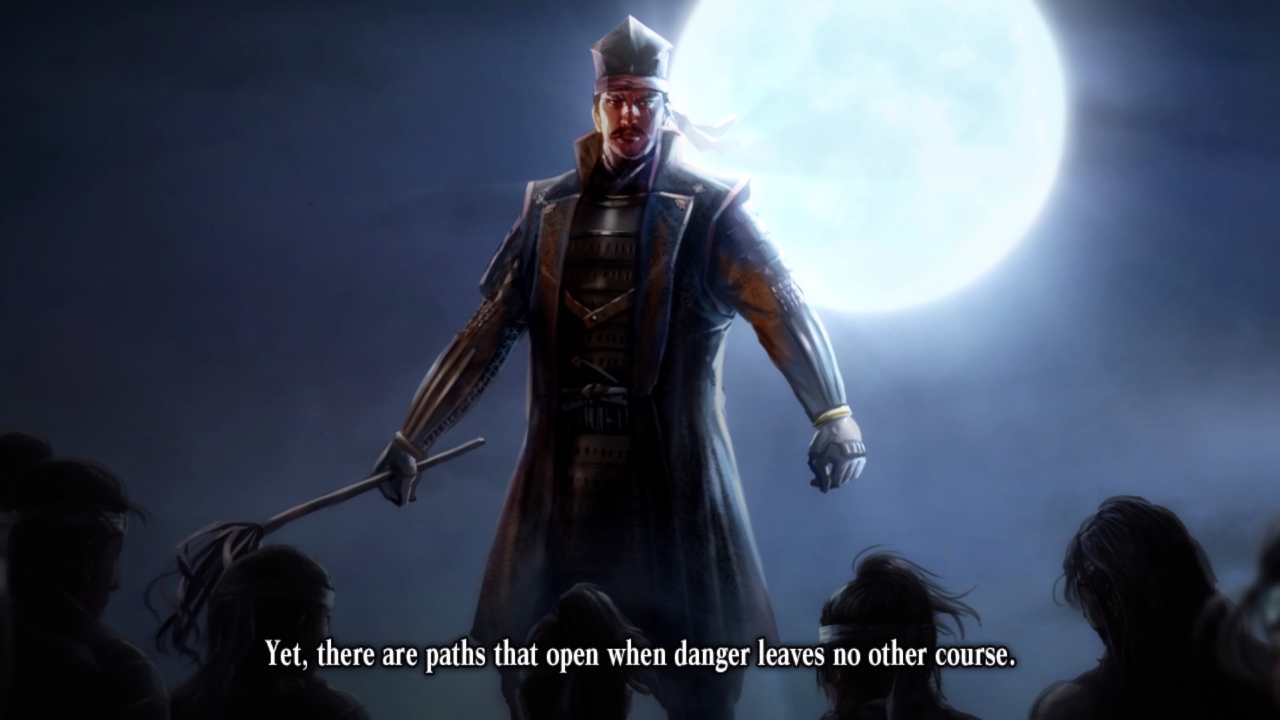 As the name of the game would indicate, diplomacy is actually quite important. Too many strategy games bolt diplomacy on to little or no effect, but here it feels completely relevant. Alliances are key, but subterfuge is also critical to success. Keep your generals happy, because they will make or break your region – and you would rather not have one turn on you at a critical time. The generals are a robust system in and of themselves. There is a tremendous cast of characters at play here, and they have their own ability scores as well as traits. There is a nice bit of RPG goodness baked in as generals and rulers can earn improvements through completing tasks.

Another amazing aspect to the game that kept things fresh throughout were the quests that popped up from time to time. Some of them were easier than others, but almost all of them felt important when they occurred. You might have a simple quest such as raising your crop, market and conscription levels in a region to a specific amount, or for making allies out of nearby unaligned tribes. Not only do these quests give you some sort of benefit (often a new trait for your leader), but they unlock (or conversely lock you out of) future related quests in the timeline.

The PlayStation 4 might have seemed a strange place for a game like this – there is nothing else like it on the console currently. It is perhaps not as ideally optimized for a controller as a mouse and keyboard are. At its heart, using the direction sticks or the touchpad like a mouse to move things around on the sides should be the same, but it lacks the clean precision of a mouse interface. This is the only real setback to an other clean and efficient UI, but as someone who personally prefers a mouse and keyboard to a controller, I do feel like that is the ideal control scheme for this game. 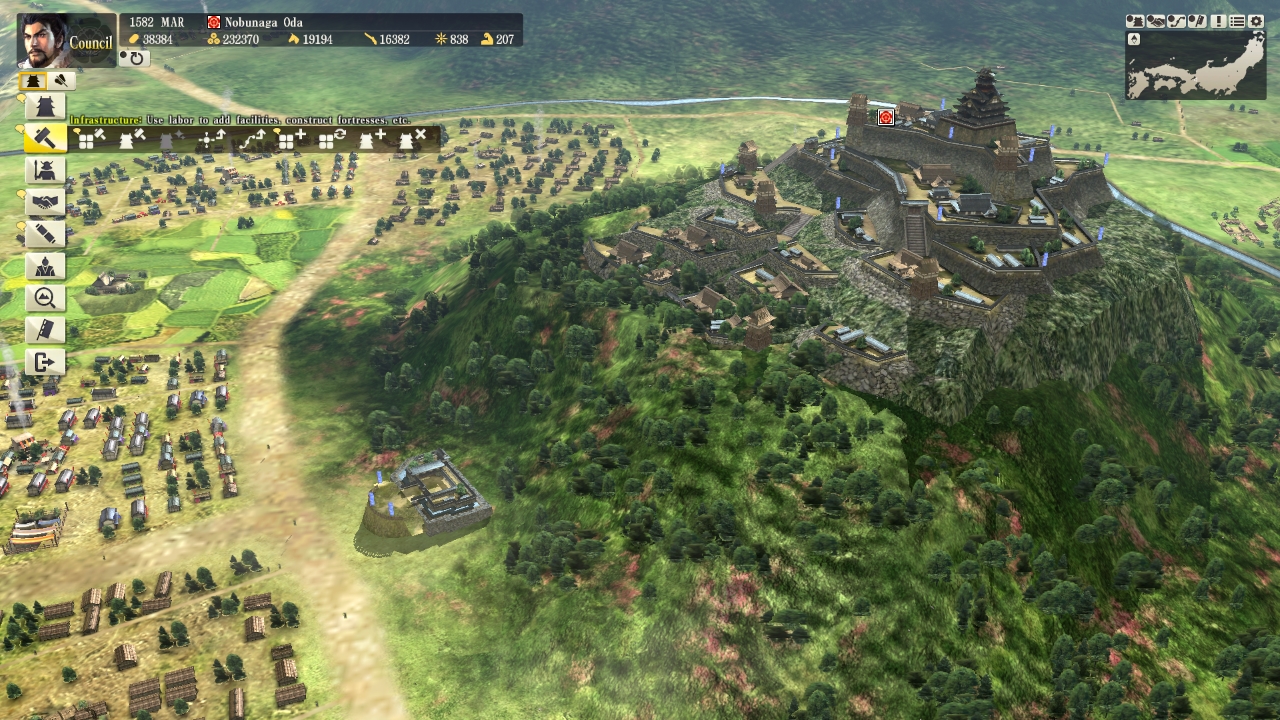 Now, if you are not a fan of a slower burning strategy game, odds are Nobunaga’s Ambition will not convert you. It is everything that makes a strategy game great. It makes you pay attention to detail, it is slow and carefully thought out, it requires some failures before you figure out the best way to play – it is not a game for the casual player only looking to sink in an hour or two here or there. There is a lot of meat on these bones and you could gnaw on them for over a hundred hours without difficulty. Not only is the game itself deep, but multiple campaigns and a large number of settings (that influence everything from troop damage, to crop production to creating customer warlords and more) mean that you can tweak the experience to suit your tastes.

Nobunaga’s Ambition: Sphere of Influence is a fantastic strategy game and the best of the year so far. There is a huge learning curve here, but it pays off wonderfully as you start to take over lands, delegate to your commanders and wage epic battles in an effort to unify Japan. KOEI has an extensive library of older strategy games and if this is any indication of what they can do with them, I am hopeful that we will see more in the near future here in North America.