There’s an expression out there that the third time’s the charm. One Piece Pirate Warriors 3 takes that charm and uses it as a special weapon to decimate everyone that dared rush the field that out Pirates are out on. Back for the third time in a Warriors style, the cast of One Piece return for the best version yet with faster paced combat that its predecessors and tweaks to the system to make it stand proudly on its own as a Warriors entry. 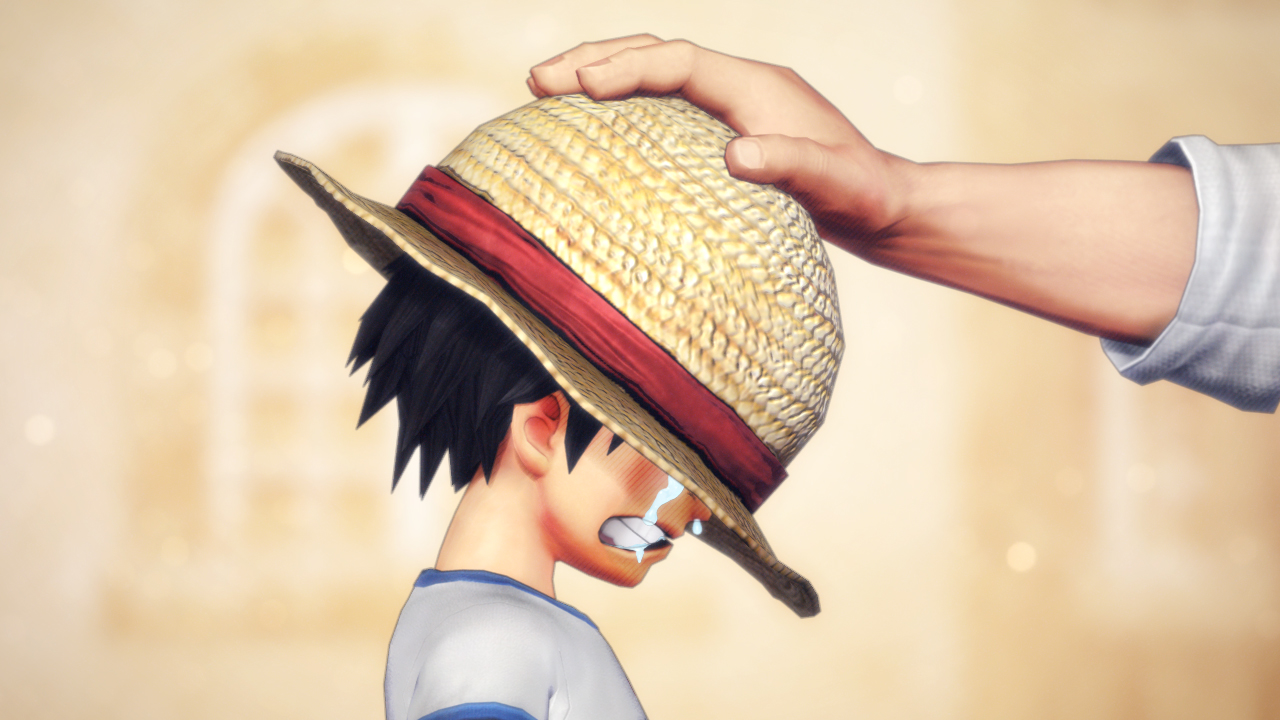 It isn’t until several hours in that the scope of Pirate Warriors 3 settles in. This entry is honestly huge with the amount of content available. Not cutting corners and instead following the main plot points one by one, each stage takes upwards of a good half an hour in order to complete at times. Fans of the series will truly appreciate the direction that was taken as there are stages and story segments introducing each and every member of the crew. Between these introductions and other larger plot points, it wasn’t until over ten hours in that I realized something fundamentally mind shattering. I wasn’t even close to the halfway point nor had I touched anything other than the Main Storyline that follows the Anime and the Manga. Having so much fun with revisiting the early story chapters and the smooth and refined gameplay that I didn’t even care that it would be hours more before acquiring my favorite character or even reaching the end of the story mode which finishes with a custom level as by the time this was being created the Manga had yet to finish that particular arc. That being said, the “how they got there” wasn’t all that far off but hopefully some new patch will introduce the real chapter and its characters because that would be well worth experiencing.

Story lines aside for a moment, what made things even more interesting was that each character plays fundamentally different than the others. It can come as no shock in this kind of style if some characters play similarly enough especially when being based on historical entries. When it comes to Pirates and Devil Fruits which grant awesome powers at the expense of swimming and pretty much sinking to the bottom of the ocean however, the crazy and sometimes wacky moves that follow are more than enough to allow for some pretty incredible move sets. Following along that logic, if any can be found at times with these crazy people, there are characters for everyone’s style of play even if they need to be leveled up and upgraded a bit first for their moves to truly start showing their true colors. 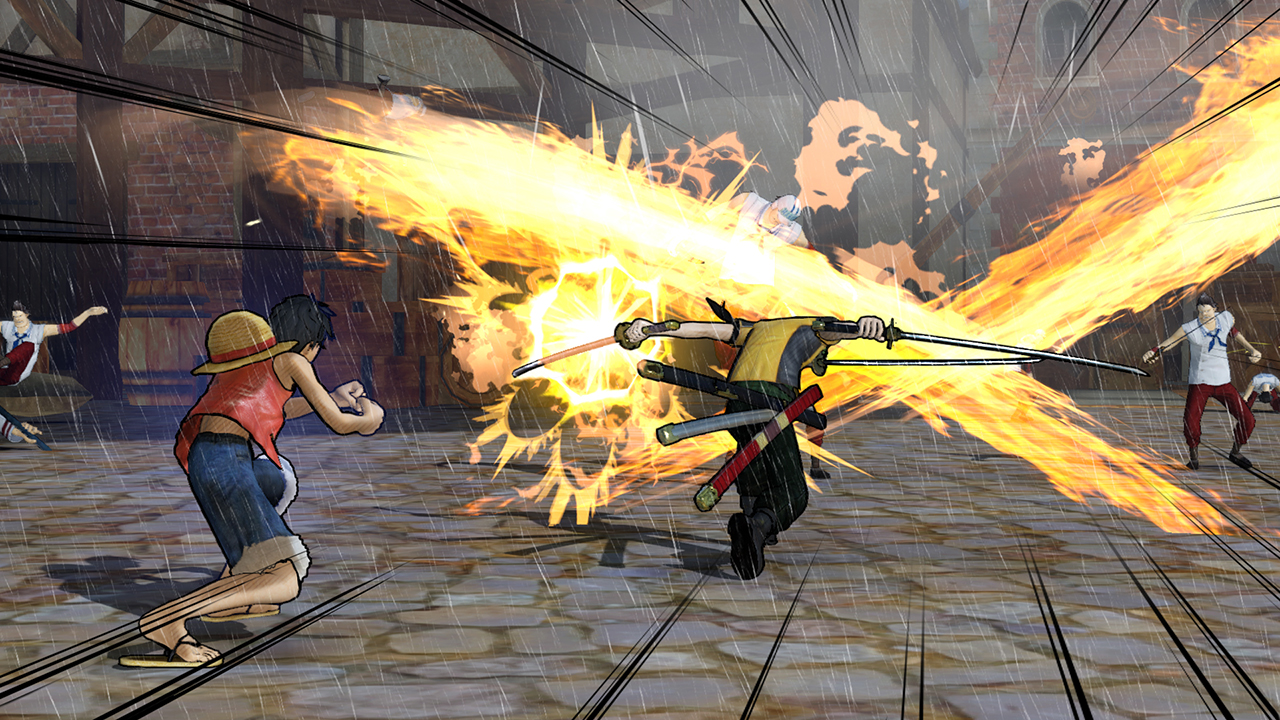 Where things truly start to form a path and style of their own is within the new Crew Strike system. Instead of selecting a single person per mission as the previous entry, Crew Members especially during the storyline are added and removed depending upon the situation. This simple modification alone adds for some interesting combos as no more does a gauge need to be filled in order to use a partner in combat, but instead the chosen partner will aid in battle at the end of just about every combo after the first level of the partnership meter has been filled. The previous iterations gauge however is still effect but for a whole new reason.

Now instead of filling it up to use the the currently selected character as a partner, the gauge is now present in order to unleash some rather epic leveled destruction to hundreds of foes at a time when used in a special form of musou attack that packs an incredible range. If that alone was not enough to change the name of the game, when this gauge is in use prior to unleashing the Super Musou attack, the character’s abilities are boosted allowing for some fairly decent rampaging of their own. Adding in the last portion that truly makes this system incredible, is that for every Crew Member that this move is performed with, they will perform this move along with the next partner selected. Happen to have performed this move with fours others already? Then there are five people performing one super musou attack and there is no remorse at the satisfaction to see two or three hundred KOs simultaneously happening! Sadly the limit is at four extra partners because by that point it may have been extremely too overpowered and each new crew strike member replaces the earliest one added in a rotation format.

Another feature making a return but in another fashion are coins to power up our various characters. Unlike the first two entries, coins now used to unlock the various stat upgrades instead of being equipped into slots. In the first coins were used like parts in the Gundam spin off that could be swapped in or out depending on which ones the players preferred. In the sequel instead of working on the swap method, more of the same coins would upgrade that coin but it still needed to be equipped into a slot. Now as mentioned are coins that work in conjunction with one another to level up a stat. For example a health upgrade could be five of the main character Luffy and ten of one of the Marines Smoker. Once these fifteen coins have been put in, which can be done as the coins are acquired and don’t all need to be done at the same time, then the health upgrades and a new set of coin specifications must be fulfilled. 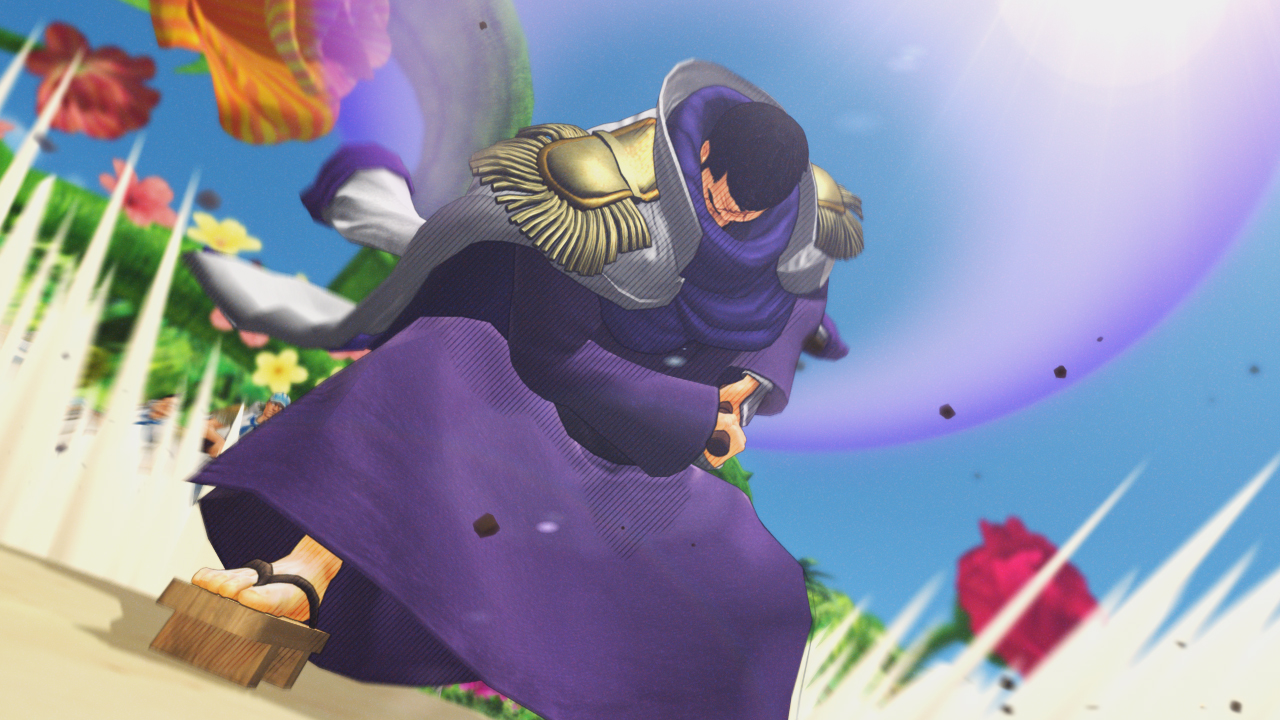 While playing alone is great, having a friend to lay into the enemies either alongside you is so much better. Coop plays just as smoothly as single player allowing for two separate players to act independently of one another with a horizontal split screen. What was interesting was that the second player could choose any of the characters left after the first player’s choice but it would not affect the CPU running around with that same character. For some reason the second player’s chosen character was not removed from the equation essentially putting the odds even more so in the player’s favor as there were more of them than the enemy running around in certain cases. The only issue that ever came up with playing locally, other than getting out KOed, was that certain character’s musou attacks could cause one hell of a frame rate drop for the first two seconds of the attack. I’m looking at you Chopper.

Another available possibility for coop if a partner is not available is the SOS option which will pair the player with another online. This will appear anytime that the option is available during level selection. Before starting up if a second player is not found will be a warning stating that if you wish to proceed then level progress could be lost once another player joins in. Any experience or coins gathered however are all yours. This feature runs rather smoothly with only one tiny issue that would only arise if it’s the player’s first time playing the level and have no idea as to what is currently happening. If either player decides that they do not wish to view the cutscene or dialog then that’s it. There is no vote system but instead the scene is simply cut off to continue. With that in mind, the SOS pairing system is a great one as long as things such as dialog and cutscenes do not matter. 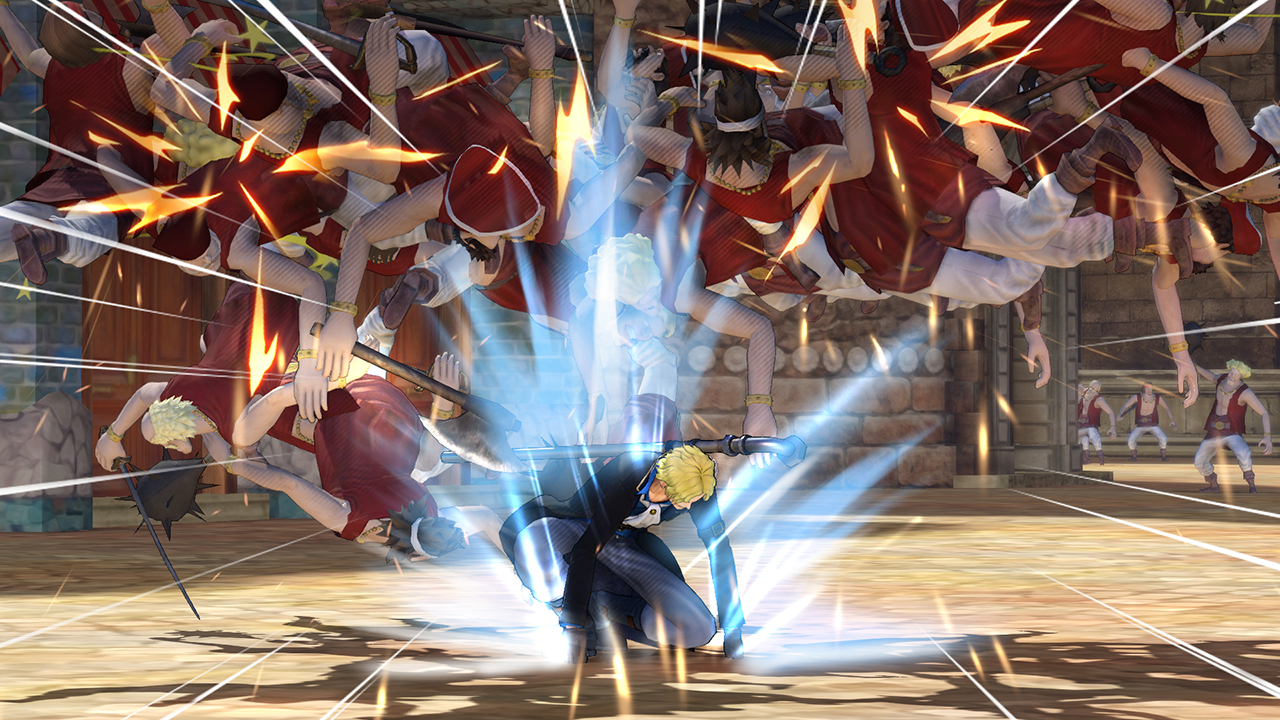 Finally there is the Dream Log. Unlike Pirate Warriors 2 that called its main mode the Dream Log and took an interesting spin on events, Pirate Warriors 3 uses this mode for something much more sinister. The Dream Log is the only possible way that players can access the first time usable, and long time awaited, Shanks. Shanks is essentially our main character Luffy’s reason for everything. This character has been seen since the pilot chapter, the first chapters, and is a certified badass as he is one of the Four Emperors. The Dream Log itself works in a manner of islands that must be conquered in order to move on to the next ones. Each stage increases in difficulty with a rising level requirement truly putting players to the test to continue moving on to the next. Shanks is on the very last and very hardest island. Sinister? More than just a little bit but we wouldn’t want it any other way. This is a Warriors Game.

One Piece Pirate Warriors 3 is simply incredible in scope of size and content. Adding in the craziness factor of the types of skills that characters can have regardless of using Devil Fruits or being “Normal” (which really should not be a word for these sailed seas), not only does Pirate Warriors 3 set the bar for the One Piece sub-section of the overall Warriors Series, but it sets a bar for some incredible added features that would be awesome to see again even outside of One Piece.