Movies based on video games don’t have a good history. So, what happens when you make a movie inspired by very old games that don’t even have a proper storyline or locations to use? You get Pixels. 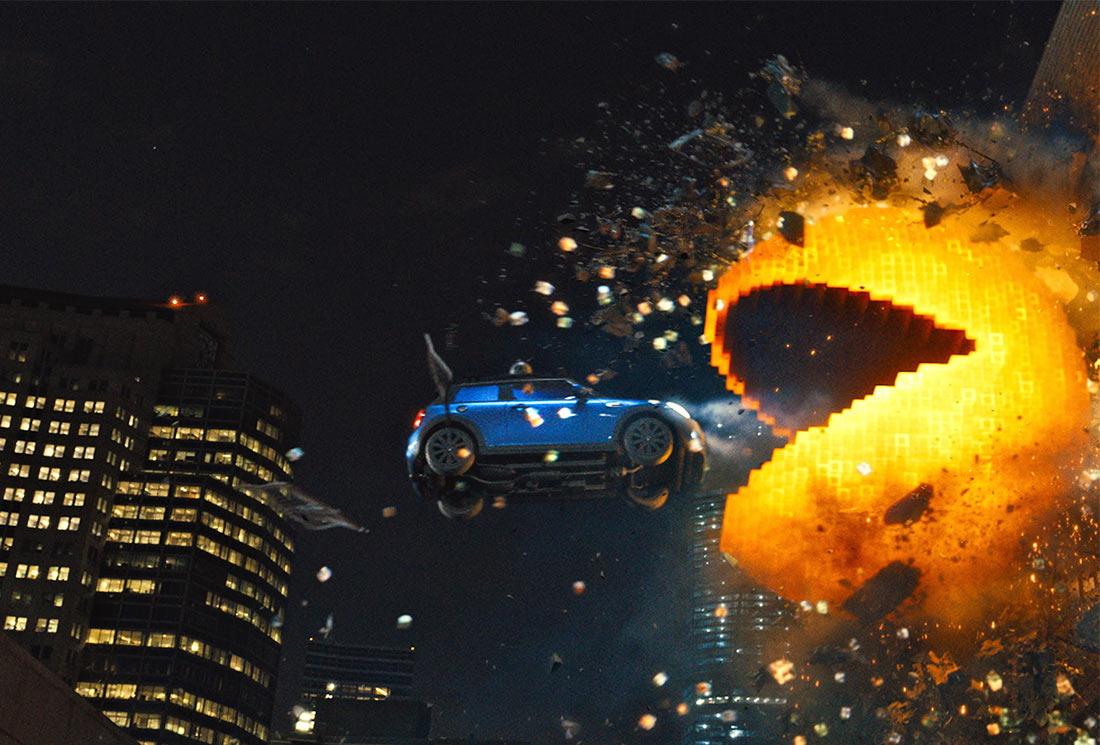 In Pixels aliens attack Earth with energy creatures resembling characters from video games they found in a disc we sent in outer space years ago, hoping to communicate with distant civilizations. It seems they thought the disc meant a declaration of war and decided to strike first. This may be the craziest main idea ever but it works. Seeing the paddles of Breakout smash Taj Mahal with a ball or the hero trying to explain to some high-rank officials that a military base was destroyed by the spaceships of Galaga is fun.

Adam Sandler was never my favorite comedian but he is good for the role of the former nerd whose expertise in video games is about to save the world. I also appreciated the fact that the movie is not full of gross jokes and there is an effort to make something original. I laughed when psychotic Ludlow expressed his undying love for a female game character or Brenner, leader of the team, met Cooper, his friend and President of the United States. The best moment was facing the Centipede in a park during the night, with the dark sky being an ideal background for the fight. 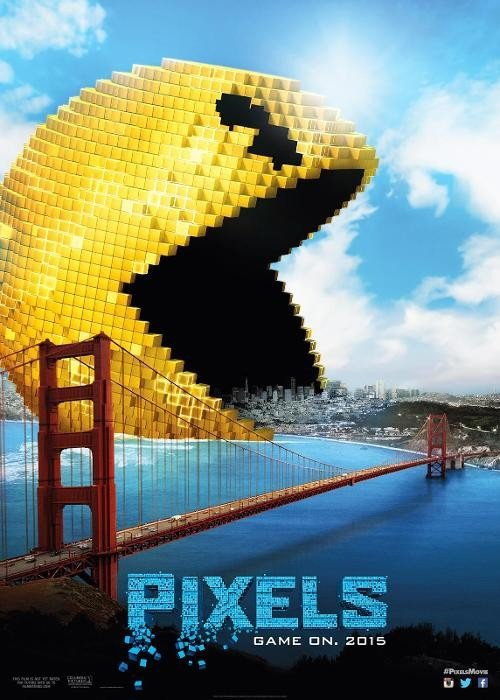 The movie becomes less funny after the giant Pac-man chase. A boring scene where the heroes celebrate follows and the final battle is a generic shooting sequence where the good guys shoot blindly sprites that escaped from classic games. The final Donkey Kong confrontation is not exciting either, since Brenner only jumps over barrels swinging a hammer. Moreover, many characters are underused: the trained soldiers do nothing, the meeting of Ludlow with lady Shiva is badly executed and even Eddie, former world game champion played by Peter Dinklage, is less important than you would expect.

Despite its shortcomings, I found Pixels entertaining, maybe because I am old enough to have played or at least to have heard of the games it refers to. It needed more inspiration and a better ending but I didn’t regret watching it.