Ravenmark: Scourge of Estellion is a solid tactical game, but its roleplaying elements are light, leading to a bit of a missed opportunity. Thankfully the tactical combat holds up quite well, making this title worth a peek for fans of fantasy tactics games. 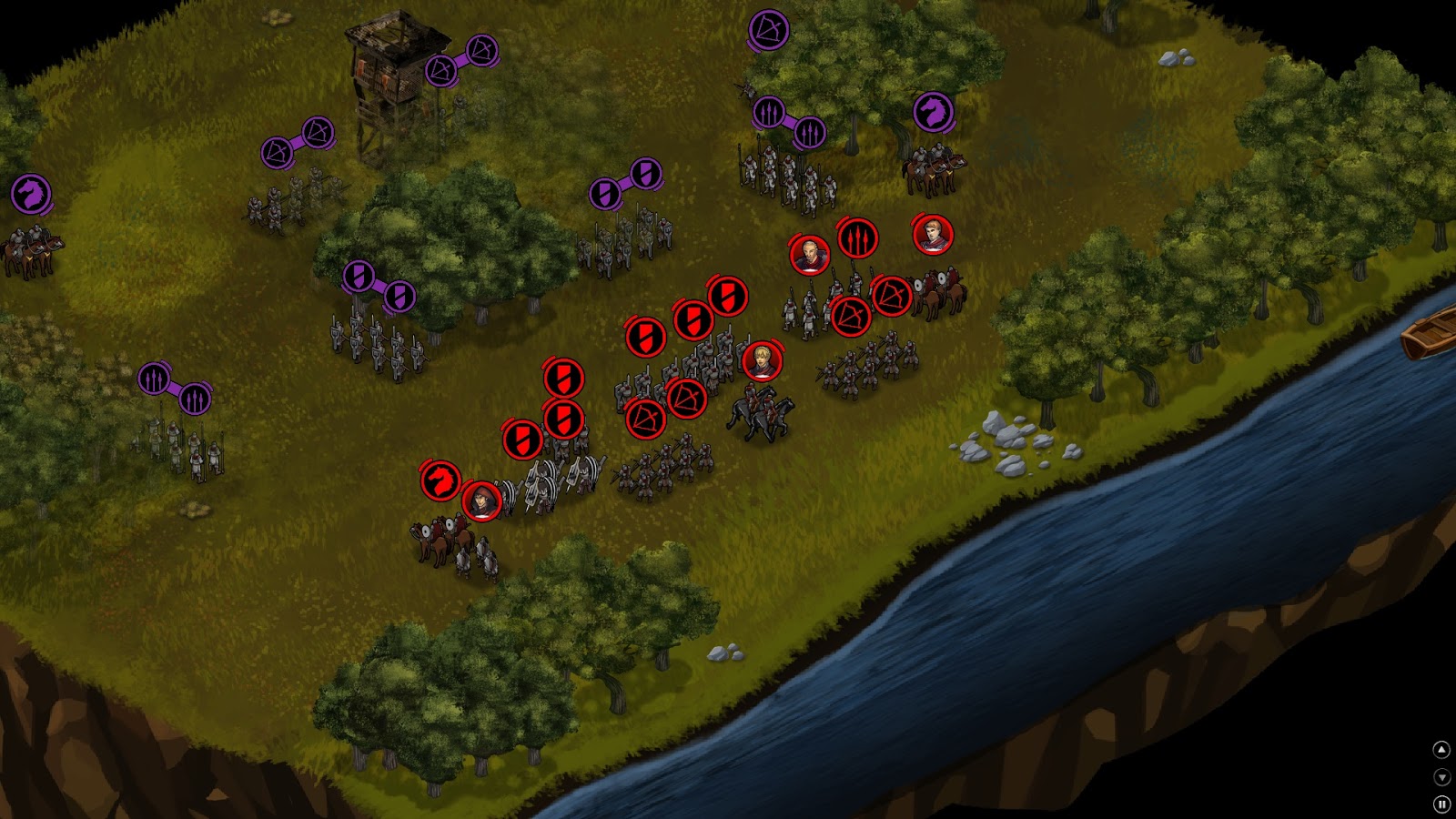 For starters, it is worth mentioning that Ravenmark: Scourge of Estellion is a PC port of a mobile game. Said game received outstanding reviews when it came out, but I cannot help but feel that the bar does tend to get set lower on mobile than it is on a PC. There is just more expectation that the PC will leverage its power to create a better title. Instead, we have a relatively straight port that has clean, simple graphics, pleasant enough sound, but not quite as much depth as one would like when weighed against similar PC games.

The biggest problem I have with Ravenmark is that it bills itself as an RPG, but in truth that is mostly due to the story. The characters are fairly average, though the fantasy story and world around them actually has some potential to be expanded upon. The tale is set in the world of Eclisse as the empire tries to fend off waves of invaders. However, your characters are not making any choices, and you are not upgrading characters or their units either. Usually when I think of an RPG/strategy hybrid, I expect to see some experience earning, maybe advancement of classes, or even choices to be made along the way that might dictate where you fight next. Unfortunately none of those elements are present, watering down the experience and severely hampering its potential replay value.

You meet a good number of characters along the way, and they have different traits and strengths that make them seem more like actual people. However, that lack of control over the story rears its head again, as commanders are simply assigned at the start of a map. You will have your favorites I am sure – but you won’t have full control over when or if you get to use them. 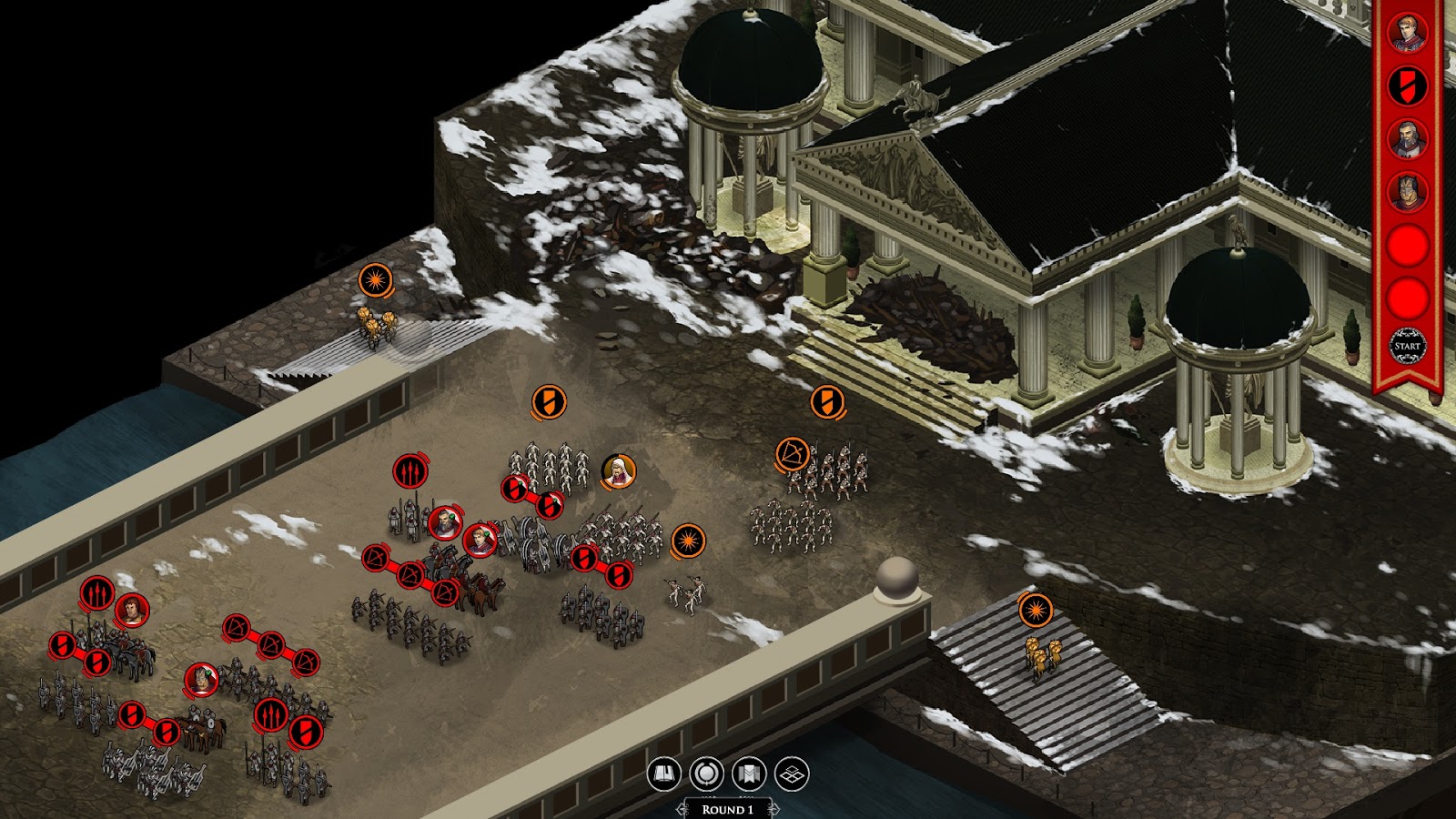 However, Ravenmark can hang its hat on a solid tactical experience. The formula for doling out a limited number of commands among your troops actually creates a very interesting pace as you try to figure out how to best position and align your units. Formation are the standout feature here, as you combine units to create a formation that gains additional advantages in battle over what they might were they standing alone against the enemy. Keeping formations light and small means you can react more quickly to an enemy, while creating an overwhelming juggernaut generally means that your units are going to be quite slow as they move across the battlefield. Without a doubt, formations was my favorite part of the game. This is aided by well-designed maps and an accessible learning curve and while the story does not branch at all, the maps will keep you busy for a while. Add in things like a unit’s direction or how terrain can impact the battle, and you have the recipe for something that actually feels unique.

At the end of the day, Ravenmark: Scourge of Estellion has some really good ideas that work well for a tactical game. There is enough nuance and originality that the system could be employed in future games and really create something interesting and fresh. However, there are several areas in which this game could be grown out and improved as well. Even if choices are more cosmetic than not, having them and allowing the player to develop the units and/or commanders would make them more invested in the outcome. I would also strongly recommend some variance in the maps so that campaigns are less linear. Ravenmark misses the mark as an RPG or strategy game, but its tactics are good enough to keep it afloat.