Solace is about an FBI agent asking for the help of an old friend of his with psychic abilities to catch a serial killer. The movie shares similarities with many films worth noting. 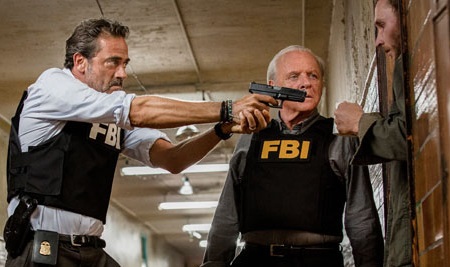 The Dead Zone (1983) because of its dark atmosphere, John Clancy’s charisma to see glimpses of the future by touching people or items and the fact that he helps the police in murder investigations.

Hearts in Atlantis (2001) since the main character has a special gift and is played by Anthony Hopkins.

Seven, due to its serial killer with a “moral” code (1)∙ Next (2007), as the hero is able to watch momentarily the immediate outcome of all possible actions and decide which one is safe.

Solace is original because it has an unusual antagonist, is directed with style and raises questions about the existence of fate and whether it is right to take a life to prevent someone from suffering. Anthony Hopkins plays well the old man who gets out of his solitude and chases a murderer who doesn’t make mistakes. His visions are not always clear and he hesitates sharing them with the FBI because they may involve their own death. The plot is not complex but the direction compensates for that by creating a sense of mystery, combining the darkness of the night with bright red and green lights, zooms in on objects or faces, images that are hard to decipher, depressing interiors and sharp transitions. Music changes unexpectedly and contributes to the atmosphere.

Jeffrey Dean Morgan has the role of agent Joe Merryweather, a man with faith in John’s inexplicable abilities. Abbie Cornish impersonates his persistent partner, who believes he is wrong. They form an interesting team with Hopkins and I wish they had more time together. The three of them give the impression they have gone through a lot in their lives, which makes the film more absorbing. Colin Farrell appears little but his performance suits his hard to understand character.
Solace has some flaws, however. A couple of extreme scenes were not necessary. Joe could have affected the story more. Hopkins is a great actor but occasionally his face is emotionless, as if he is distanced from what he is talking about. Lastly, there are some questionable plot development choices (2).

Solace is not impressive but got my attention while it lasted. The cast is good and the music and direction turn ordinary places into a city where death is always near. There is limited detective work to see, since the investigations rely on the hero’s charisma, nevertheless, it is a crime thriller worthy of your time.

Spoiler alert! (again, you’ve been warned – don’t read down if you want to be surprised while watching the movie!) 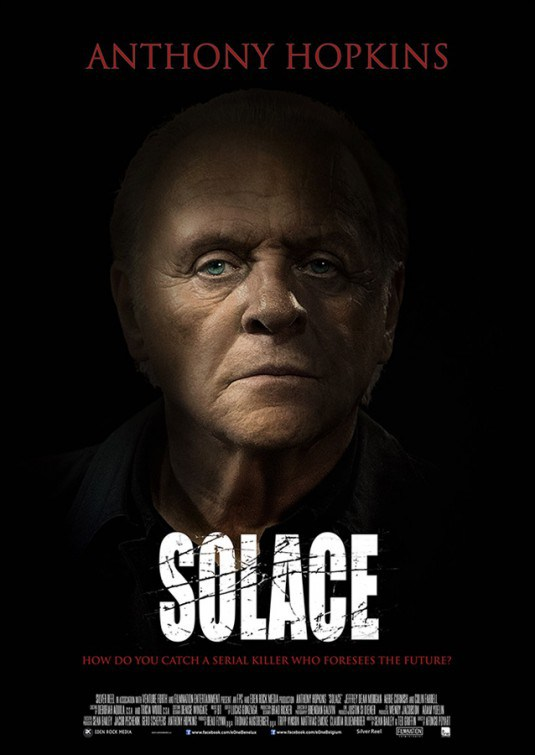 (1) …who also manipulates the hero into killing him in the end.
(2) I am referring to Joe’s death, the sudden appearance of a second killer and the fact that everything, including the climax, is predetermined by the murderer.