comments Share
You are reading
Trine 3: The Artifacts of Power – PC Review

Frozenbyte have come a long way since the original release of Trine. The newest entry into the series once again sees the return of its holy trinity of fantasy heroes Pontius (The Warrior), Zoya (The Archer and Thief Extraordinaire), and Amadeus (The Non-Fireball Casting Wizard) as they are once again whisked off into adventure by the mysterious Trine that shows up when it wants them to complete a task. 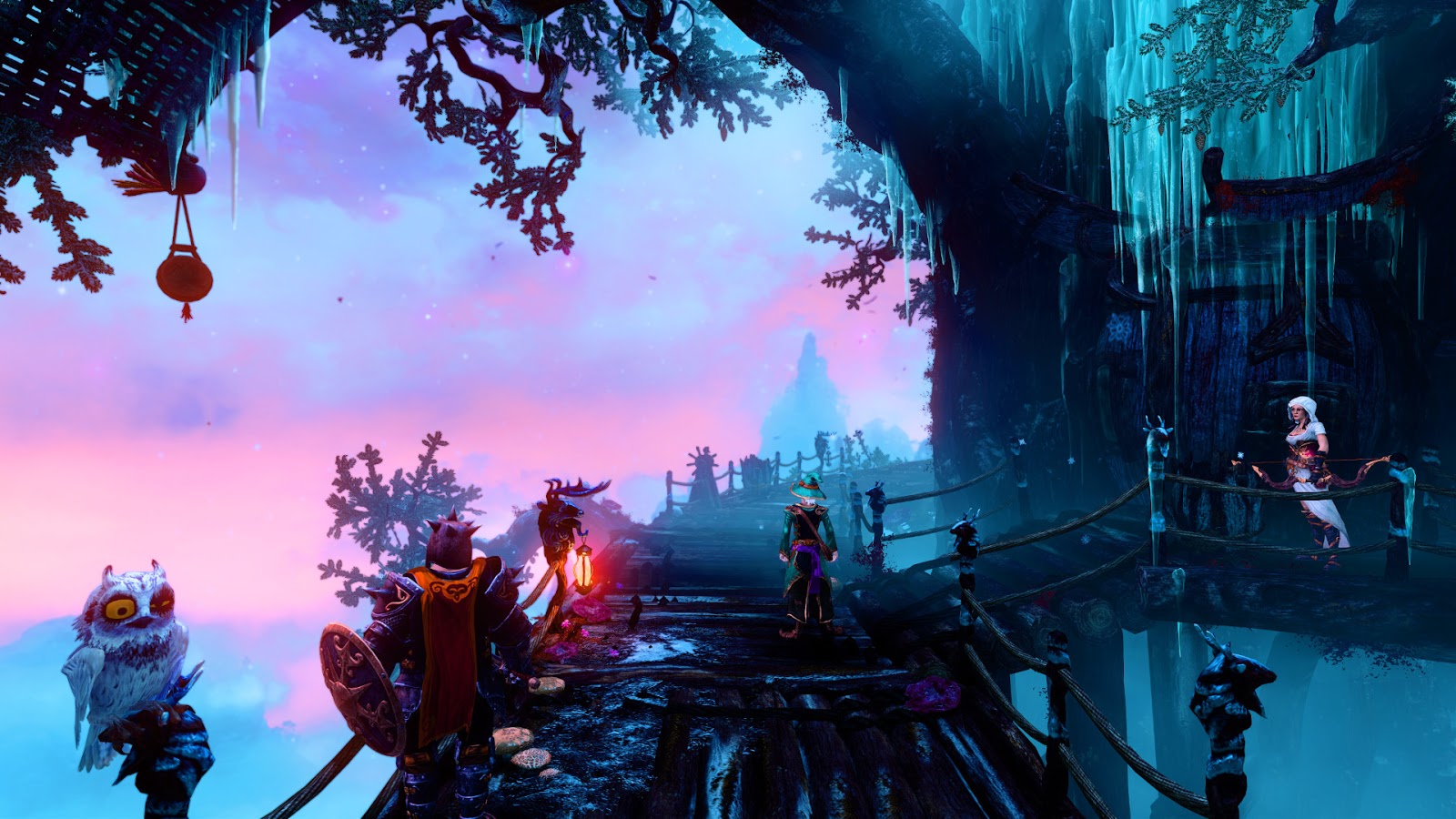 Trine 3 is a first for the series as it makes the transition from a traditional 2D side-scrolling platformer into a 3D one. Having always sported incredibly detailed backdrops, these are now much more explorable as our three heroes are no longer bound by an invisible straight line that runs right by them. One issue that can generally come from this kind of move is that it loses itself in the transitions and becomes something less than its predecessor. In a lot of ways I can say that this hasn’t happened as our trinity’s adventures have become something more with the open spaces to run, jump, swing, swim, and glide through.

Being tied to this mysterious artifact does have its benefits as each of our heroes are essentially immortal which comes quite handy when attempting to traverse some fairly dangerous areas as some mishaps can happen. What makes Trine unique is that all the characters are required to make it through a stage as each stage is not simply a platforming level, but also a puzzle. Each character holds the keys to certain aspects such as Zoya being able to latch a rope and swing across a ravine while Amadeus can create boxes and float other objects into place. Add in the fact that rope can be tied to boxes in order to pull or drag over levers and our group may not even need to use what is lying around. Not to be left out, compared to the other two Pontius is the might behind the magic and cunning as he is there to hack, slash, punt, charge, or simply block anything that could do them harm. 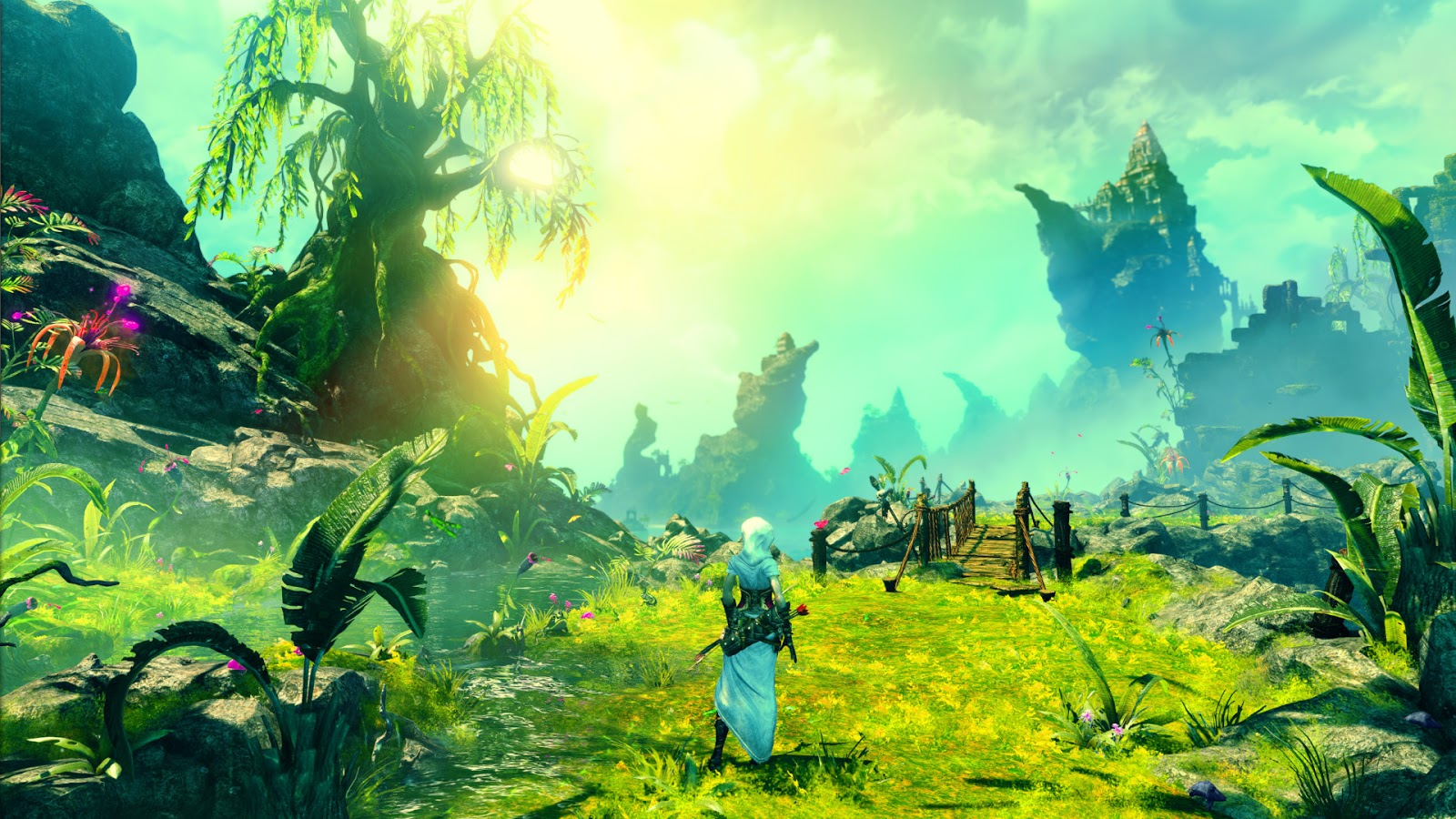 Having moved into 3D has somewhat changed the name of the game when it comes to the puzzles. In some ways things have become somewhat less elaborate while in others it has become so much more. Depending on the situation certain aspects may just not have worked out the way they used to while being two dimensional so adjustments were required. Previously our Wizard could create multiple boxes at a time as well as straight boards in which were used to create ramps and platforms. Amadeus can now only create and manipulate one box at a time however there are generally loads of other items for him to grasp a hold of in order to make a path for everyone to make it across.

When this is used in conjunction with Zoya’s ropes there are many possibilities that can open up in order to make a path forward in which is where some of the charm stems from. Zoya has also seen a change in abilities as she now only has access to standard arrows instead of elemental ones reducing her effectiveness in combat leaving it generally up to Pontius who remained rather unchanged to take care of business. This being said however, just because her combat effectiveness has gone down, there is a lot more platforming awesomeness to be had as Zoya is much more agile than the other two and it shows when wall jumping as she does it much smoother than the other two. Combine these moments with pulling levers and jumping only to spider-woman her way across and it evens itself out on overall usage. 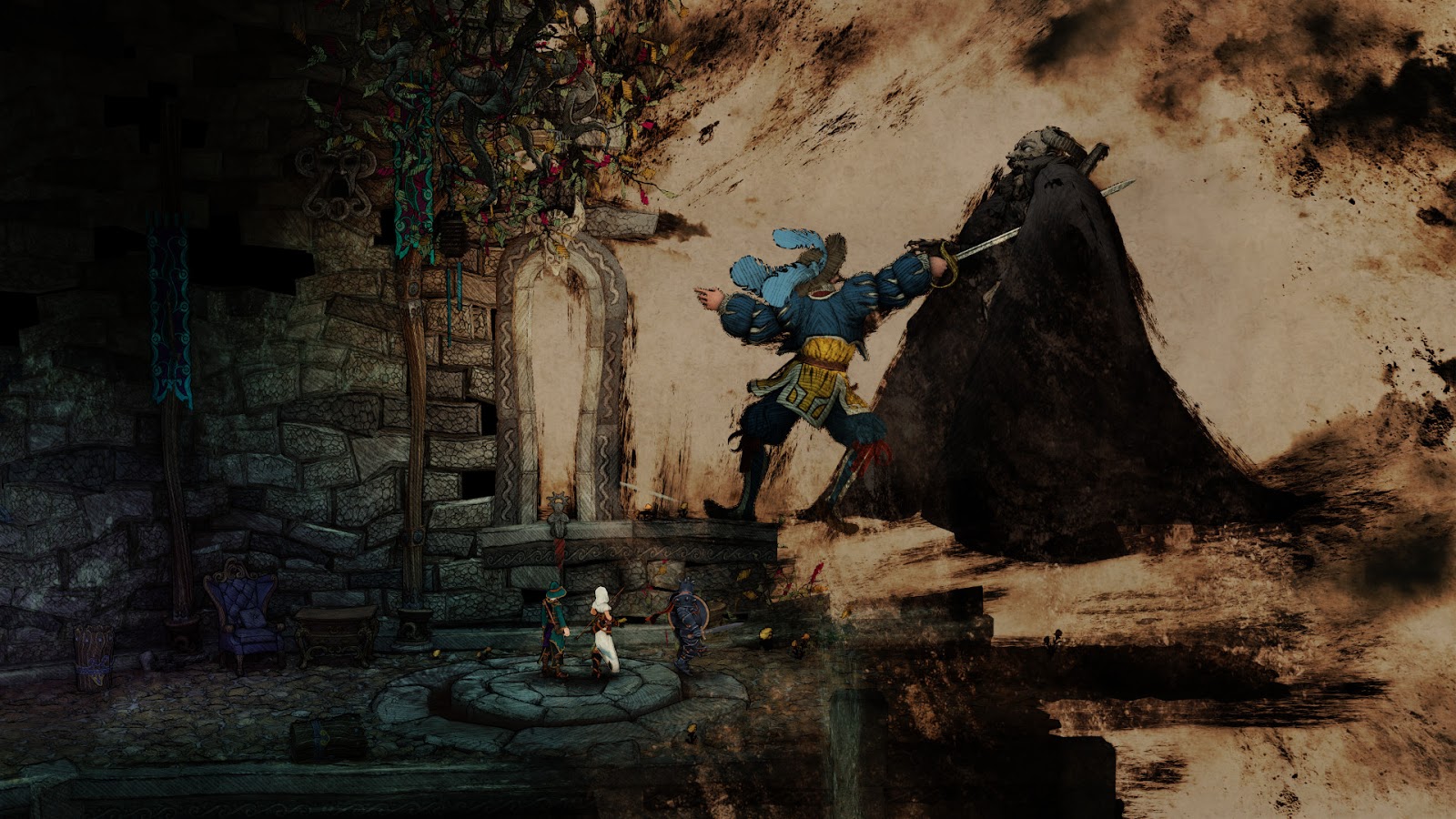 One thing that was done and not quite for the better however was how the world map was implemented. Major levels have larger purple circles while smaller one can be colored in green and orange depending upon if they are puzzle or combat based. This worked out great as the smaller level contain no checkpoints and are easily moved through in a quick session while the larger ones allow for the selection from any checkpoint that has been passed. What doesn’t work out as well is that the major levels can stay locked if not enough of the collectables have been amassed. While this could be understandable for the what are generally the bonus levels to have these restrictions upon the main levels can really slow everything down as careful examination of each older level for ones missed can be tedious at times especially when they were very cleverly hidden.

The one thing that ended up being interesting in its own right was length. This applies to both full story levels as well as the smaller ones both individually as well as in regards to the total amount of time that Trine 3 takes up. Trine 3 does not feel short but in reality it is much shorter than its predecessors. The smaller combat and puzzle levels shouldn’t take up much more than a good five or so minutes depending upon the player’s skill at making it through the events while the larger stages are in a ballpark of their own. Each larger stage flows rather well into each of their checkpoint subsections but at the same time a lot of these could have been stages of their own. With this in mind it can feel like a stage takes a lot longer than it really does. This is not a complaint as it flows well enough to forget about the time spent but when the available stages are done, that’s it. There are no difficulty levels, post stages, epilogue to come, Trine 3 really is a shorter experience with the move to 3D.

Trine 3 makes a wonderful jump over into the realm of 3D from its previous 2D iterations. While it may be shorter than those that came before it with some features leaving it feeling a bit lacking in terms of what our heroes can or can longer do, the level of polish more than makes up for it in the smooth controls. Now that Frozenbyte know how to do things, here’s hoping that Trine 4 is longer!