I am not sure how a comedy should be judged. If someone steps on a banana peel and falls people will laugh but this isn’t comedy. Unfortunately, today films are full of jokes concerning the digestive or reproduction systems of the human (or even animal) body. So, I have lowered my expectations from this specific movie genre. 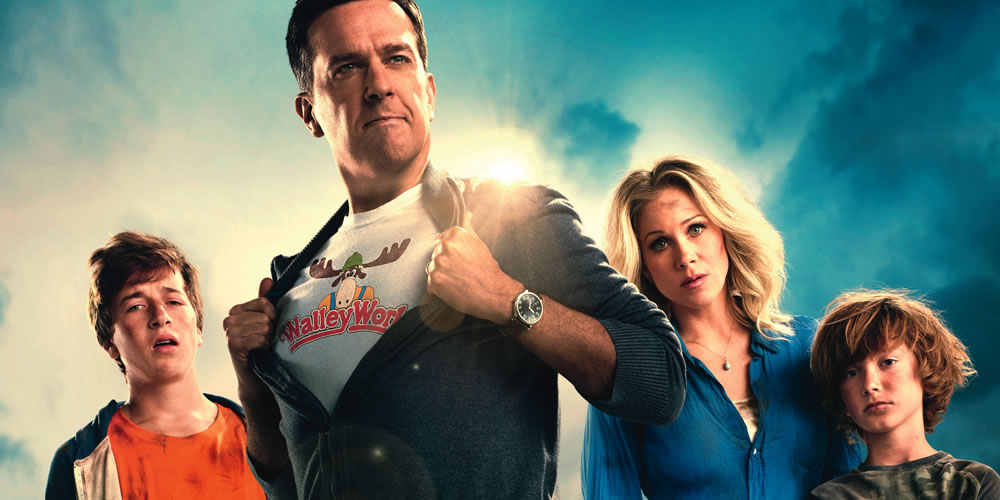 In Vacation a dad decides to take his wife and two sons for a long road trip to the world’s biggest roller coaster, hoping that the experience of traveling together will bring them closer. The main character has good intentions but acts like an idiot, as he tries too hard to be likeable, doesn’t listen to others and imitates people too much. Many of the jokes are raunchy, others are gross or awkward, two are simply bad (the Ferrari girl, the trucker). Also, after the desert incident the movie runs out of ideas and the third act is very short.

However, I laughed several times during Vacation, even with the crude jokes, such as Debbie’s attempt to relive the stupid things she did when she was younger, in that case, heavy drinking and acting like a circus clown in front of alcoholic, deprived of any self-control students. The joke about Instagram obsession was smart, Chris Hemsworth’s appearance was funny and the direction had some good moments (the suicidal tourist guide in the river, the fight between the two families). Christina Applegate plays Rusty’s patient wife and Ed Helms impersonates her husband, whose idea of a journey works in the end, although everything went wrong before.

Vacation is supposed to be about a family but if I had one I wouldn’t watch it with them. The jokes quality is often low and many are not for kids. Nevertheless, I found it entertaining, in its own way.