Skulking around large, posh homes in search of riches, our protagonist Robert is man who is interested in robbing from the richest people he can find. Sort of. In fact, Robert is navigating a virtual world and sharing his exploits with others so they themselves can pull off the perfect heists. This retelling of the Robin Hood story is an interesting attempt to wrap narrative around stealth mechanics that gets more right than wrong. 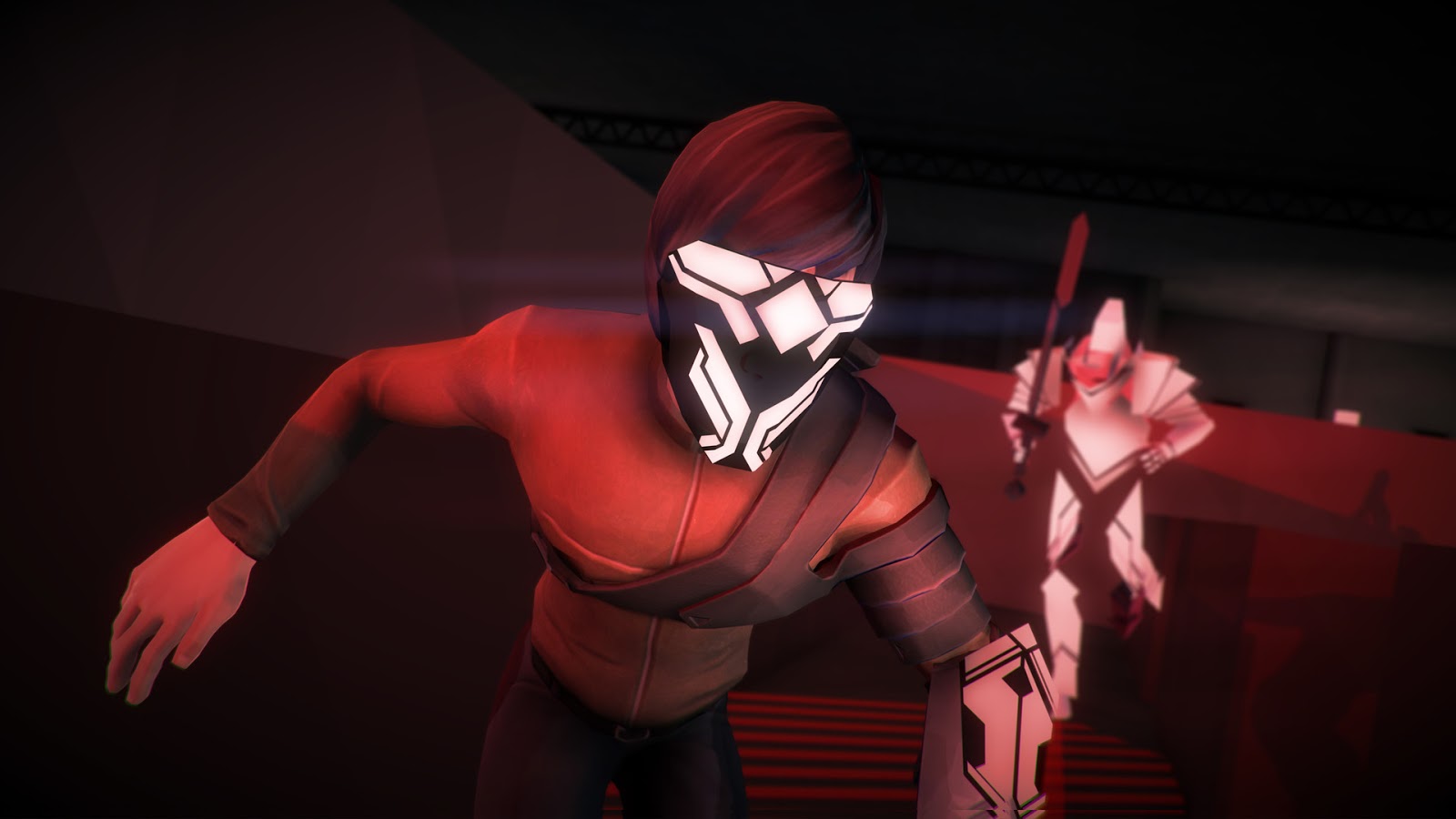 The key to proper stealth in this game revolves around two things: sight and sound. The former plays out when guards enter the picture. They stand sentinel-like at their posts or walk predetermined paths with a cone-like line of sight in front of them. Step into said cone, and they will attempt to shoot you down within moments. There are times you can lead Robin to safety and pull off a deft escape, but more often than not you will get shot.

Sound is the other major component. The ability to whistle makes most of the in-stage sound making props almost useless, but the mechanic works well all the same. Your intended target needs to be close enough by that he can hear you whistle or make noise – otherwise they will remain affixed to their post. Just like these guards have a very defined line of sight, they also have very specific hearing ranges as well. However, once they hear something, the guards are quick to march over to that spot and look around. 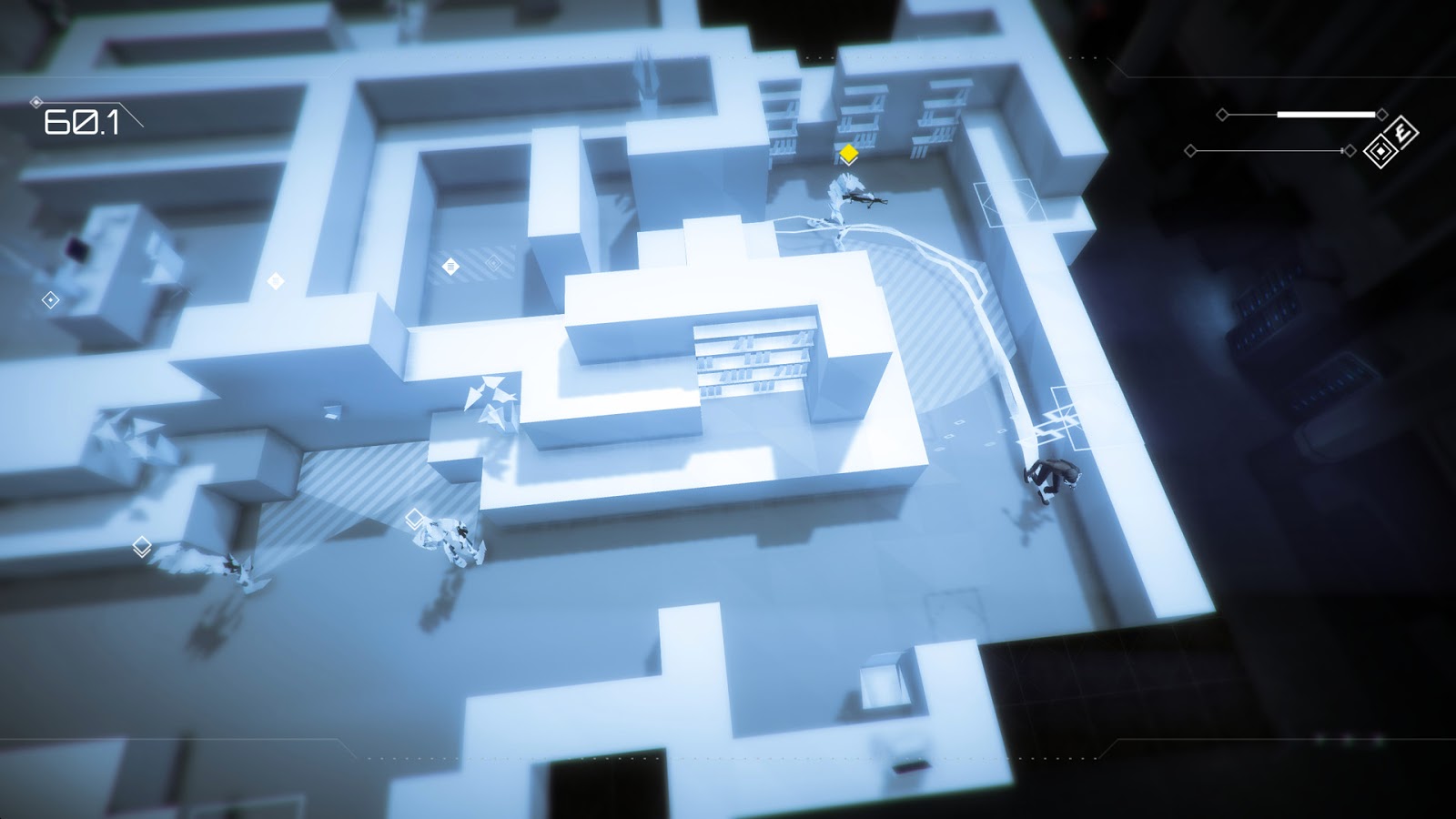 Sometimes the guard moving away is all that you need. This allows you to circle around a wall and take an alternate path to the recently vacated are so you can collect your loot and be on your way to the next level. Sometimes it is not about relocating the guard, as much as following them back. These soldiers are completely oblivious to you walking just behind them, and they retrace their steps to the starting location. This lends a puzzle solving atmosphere to the game as you try to adjust the guards almost like pawns in chess. There are other ways of influencing these guards as well.

You can duck into doors the hide out of sight as they pass by, or fire off a special gun that bounces shots around until it create a burst of sound (allowing you to make a guard turn around, for example – when you are in front of him). You will probably die a fair amount – not because the game is overly hard, but because you sometimes simply have to try a couple of things before coming up with the best strategy.

The biggest problem with Volume is that the game does not evolve a great deal. New tools and tricks emerge over time, but really the core gameplay is what it is. The mechanics are interesting and I enjoyed playing through five or ten levels at a time until I finished off the last of the hundred core levels, but it was a game I took a lot of small breaks playing. This is not a bad thing, but the longest session I played was my first. I spent about ninety minutes with the game upon firing it up, and while I found it approachable and I was having fun with it, I decided I needed to mix up what I was doing and moved onto something else. I came back to Volume, but then I departed again – it was a cycle. It was an enjoyable cycle, but a cycle nonetheless. 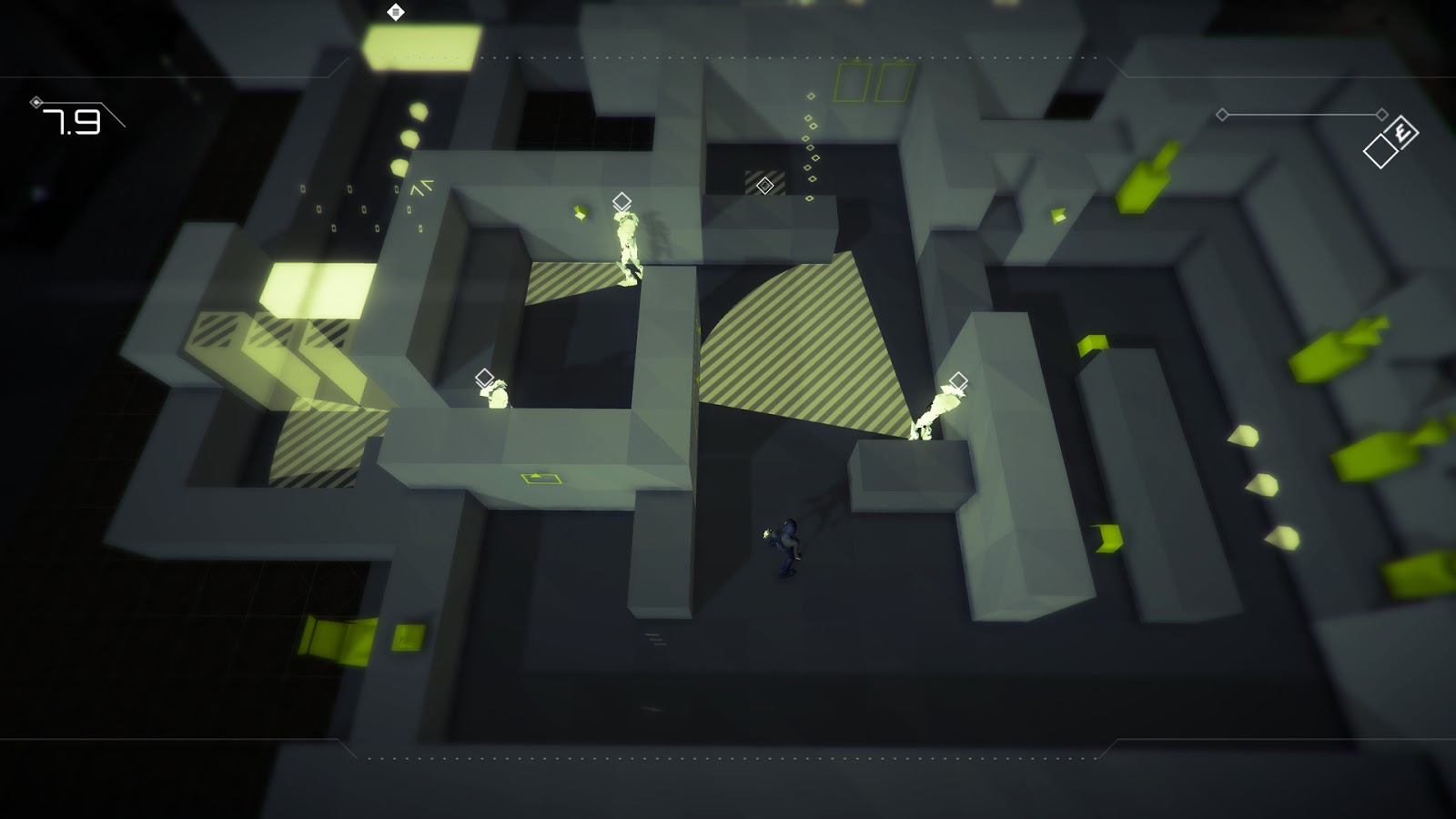 It helps that the voice cast is generally likable as they try to bring the story to life. The modern day Robin Hood has been done plenty of times, but it makes for a reasonable story backdrop here. The graphics and music are nothing to write home about, but they are not poor either. Both are clean, effective and help to make the game an enjoyable experience, but they do not do anything spectacular to elevate the material either.

Probably the coolest feature beyond the core gameplay is the level editing and creation tool. I like editors and I spent plenty of time editing existing levels and crafting my own. Uploading and sharing is a cinch and there appears to be a solid little community forming behind Volume already. It will be interesting to see if it persists or not, but there is a great deal of potential to be had in this regard.

Volume did not blow me away – but it good enough to warrant recommending if you enjoy slower burning games. The stealth elements require patience but the frequent checkpoints encourage taking chances. It helps to keep the game from becoming too slow, despite the fact that your character really does not progress any. New gaming tools and mechanics are introduced, but your character himself remains basically unchanged throughout. Volume is a good but not great game worth trying out.