Whispering Willows is a different kind of horror game, because it is not trying to nail you with cheap jump scares, but in fact is trying to craft a haunting story – a supernatural tale of suspense. The visuals are charming, the story is well written and this is an adventure game worth playing for fans of the genre. 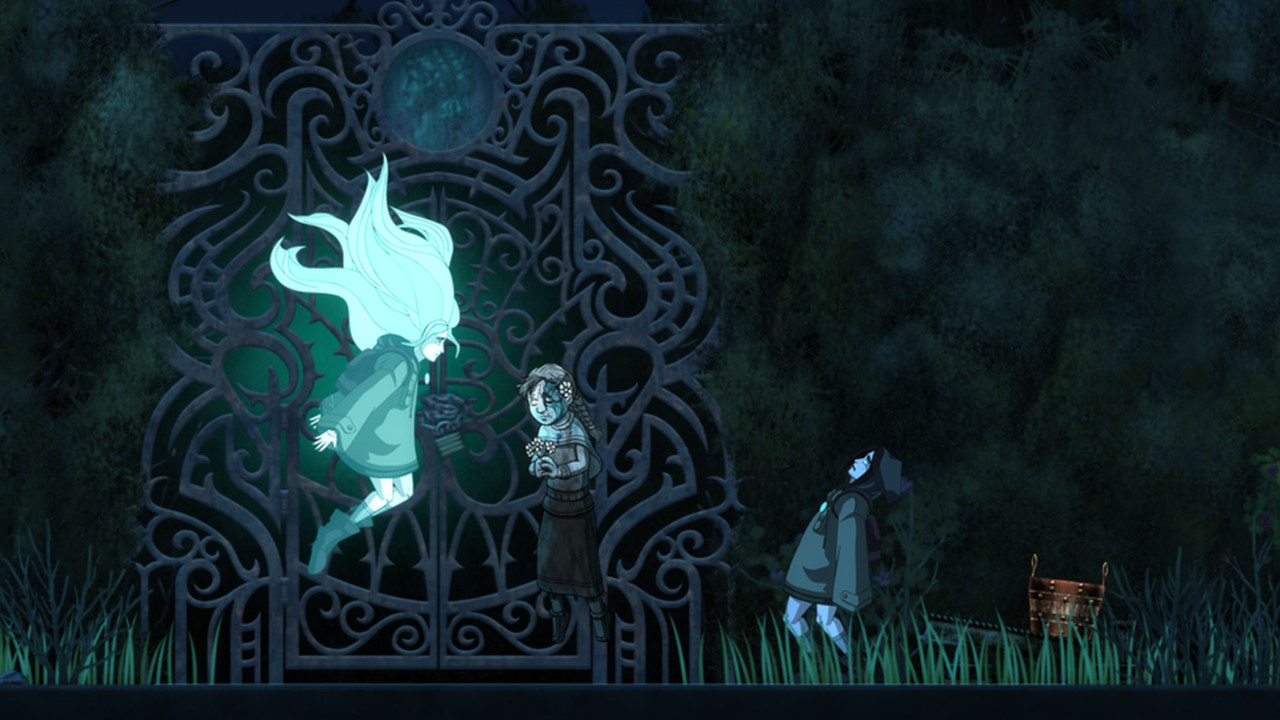 It seems almost like an odd thing, to call Whispering Willows a horror game. The genre has become a mixed bag where games often rely on startling someone, over trying to build up a true sense of dread or writing a good story. The de-evolution of popular series like Resident Evil and Dead Space exemplify this trend all too well. It is therefore a pleasure to play something a bit different, and Whispering Willows is just that. When Pierre-Yves had a chance to review the title on PC upon its initial release there, he was enchanted with it. How does all of this hold up with the transition to console? Quite well, actually.

Our protagonist is a girl named Elena Elkhorn, who is trying to unearth there whereabouts of her missing father. Embarking on this journey leads her to discover Willows Mansion. Through the magical amulet she received from her father, Elena is able to project her spirit into another plane of existence and interact with the dead. What emerges is an interesting tale that is neither gruesome or reliant on cheap thrills, but sets up a story that touches on Native American history in some very memorable ways. 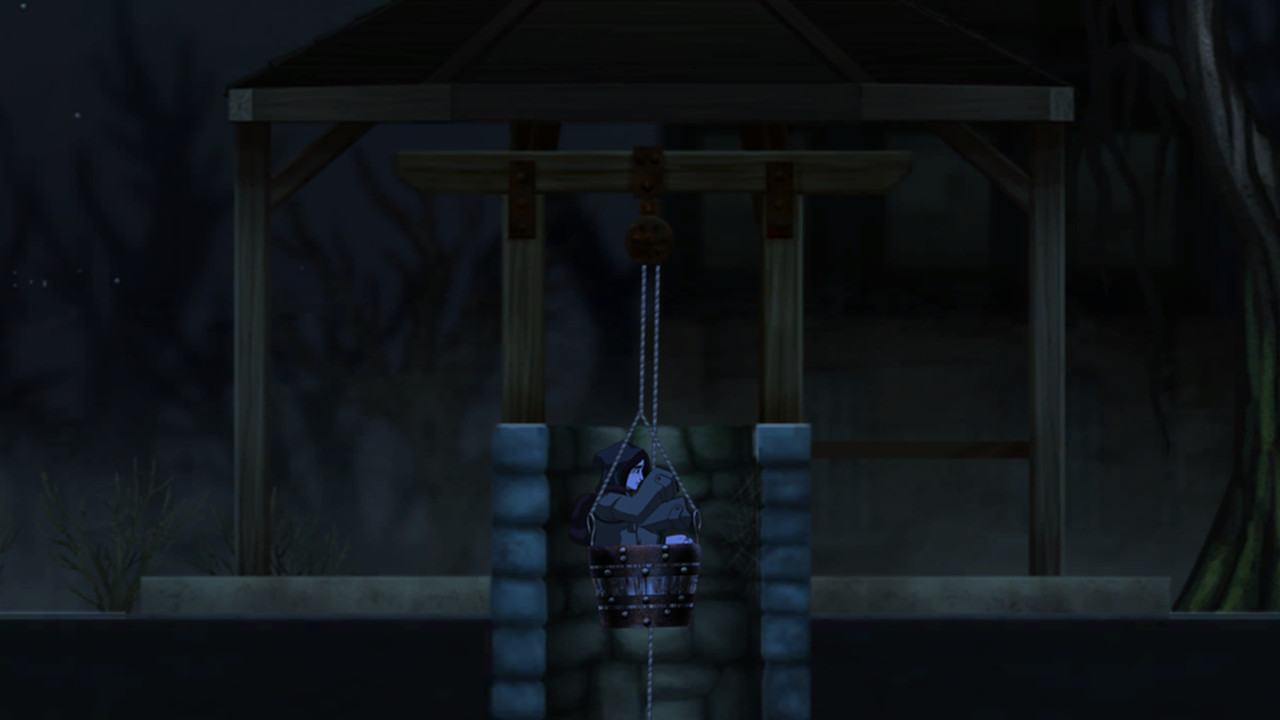 The spirit mechanic is not wasted here – as it allows Elena to traverse through openings she otherwise could not, or to posses items or interact with other spirits. If we were simply following Elena’s exploits however, we would be missing out on some key elements of the story. Most notable re the various notes and diaries that Elena can find and read. They offer up multiple perspectives on events that took place and in the process succeed in fleshing out the story more fully than it could have been told simply through Elana’s adventure.

In terms of the game’s presentation, the music and sound effects are often soft and subdued. From the game’s startup screen and throughout, the music is more about setting the mood than being particularly catchy or memorable. The visuals however, are gorgeous and immediately very memorable. The use of warmer tones for so many of the rooms, such as browns and oranges really sets the spirits apart. These characters use shades of blue and green tinged with white that creates a beautiful, detailed world with stark contrasts that work well withing this 2D world (an inspiration the team drew from A Boy and His Blob as discussed in our interview with them). 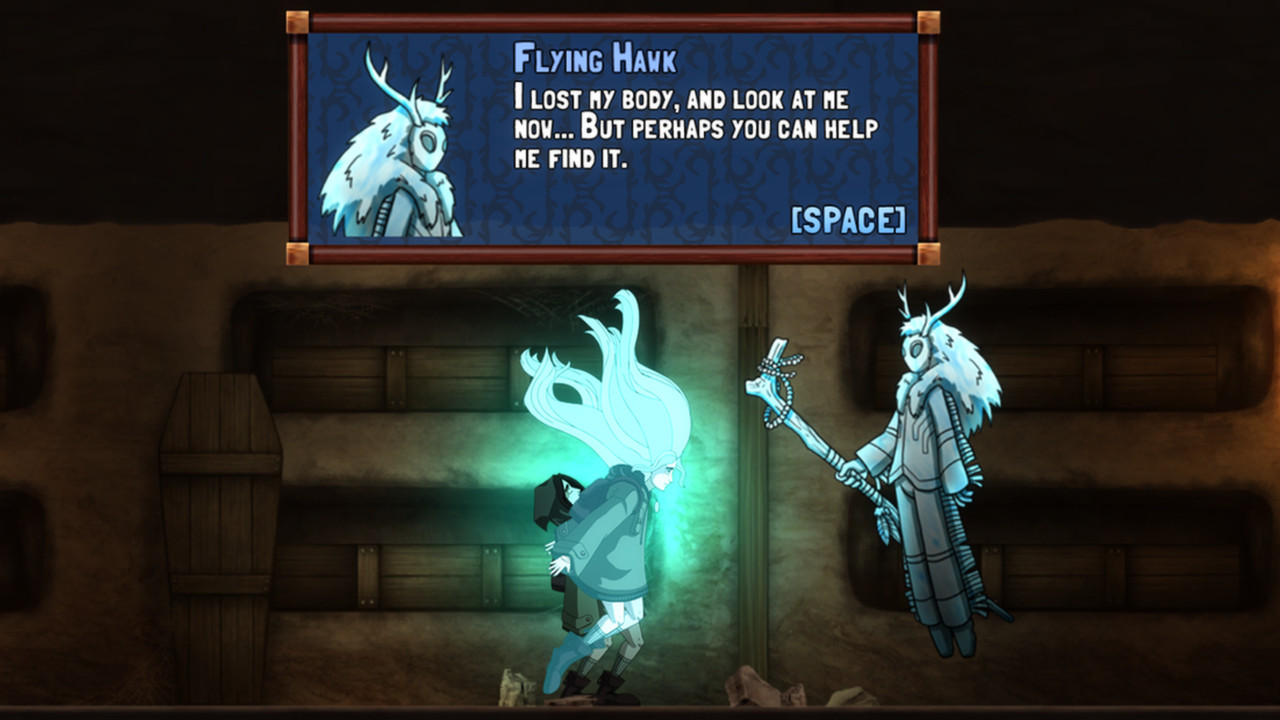 While there are plenty of puzzles built into the environment, the actual gameplay is not what I would consider a challenge. There were a few moments where I lacked for specific direction, but the game is more about exploration and discovery than quick reflexes. Nor is it a terribly long game – I beat it in roughly four hours, and having done so I do not believe it would take me as long to get through it a second time.

Still, the experience offered by Whispering Willows is one that adventure fans should experience. It is gorgeous, with a nuanced audio and a compelling story that are worth your time. There may be some who would prefer to have a few more stages and powers to help extend the experience and give it greater variety, and I can appreciate that point of view. However, Whispering Willows succeeds at the goals it has set out to accomplish, and it is a memorable experience that was well worth my time.