Ant-Man is one of the least known Marvel super heroes. He is a normal human, with no special weapons, and all he can do is become small like an ant or control ants. A guy with a hammer that makes mountains tremble or a metal suit that flies and destroys tanks is certainly cooler. Nevertheless, minuscule Ant-Man proves more than capable to face the Marvel giants. 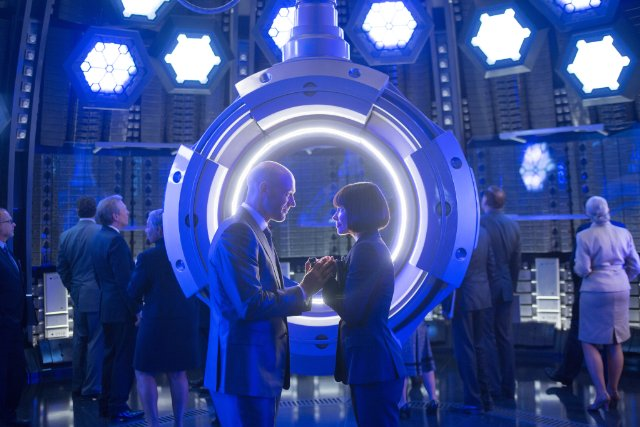 The story is about Scott Lang, a former burglar who wants to gain back his daughter and is asked by a scientist to help him prevent a revolutionary technology from falling into the wrong hands. This technology has to do with shrinking people so that they are deployed as soldiers to infiltrate enemy facilities or fight in the battlefield undetected. The bad guy, Darren Cross, claims the “yellow-jacket” will be used for “world peace and prosperity” but his own commercial shows he is mostly interested in destroying the opposition. Darren’s former mentor, Dr. Hank Pym, knows he is corrupted and believes Lang can stop him. His daughter, Hope, feels jealous and accuses him for not being a supportive father. So, she argues with Pym and spends plenty of time beating Lang while training (which involves knocking him down by wrapping her legs around his neck, reminding of Black Widow in Iron Man 2 and Ilsa in M:I 5).

The movie is a unique combination of intelligent humor, character development and action, with a complex plot where things happen in unpredictable ways. See, for example, Lang’s daughter’s birthday party. He brings her a present but is it a usual present? Of course not. The same goes for his escape from prison, with the ants forming numbers on the floor to warn him that his time running out. It is funny, raises tension and gives us extra information about the ants’ abilities. How about Ant-Man’s effort to dodge bullets while running on a large city maquette shattered by gunshots? It’s an ingenious, spectacular way to create a sense of danger and play with your mind by blending two different sizes in one action scene.

Two important issues in “Ant-Man” are the relationship of parents with their children and the use of power. Lang accepts Pym’s offer to become Ant-Man because he wants to be with his daughter. Hope is angry with Pym because she feels neglected. Darren, whom Pym treated like a son, wants Pym to accept his worthiness. It’s tragic that they cannot understand he pushed them away to protect them. However, Hope has a much better chance of saving her relationship with Pym because she is not blinded by arrogance. As for the use of power, Pym has spent most of his life hiding it, to ensure that it isn’t used by ruthless people. In the end, he offers it to those he trusts. Nevertheless, the issue of power and its consequences is never fully resolved. Heroes are always needed to accomplish what usual people cannot do, to face villains like Darren Cross. 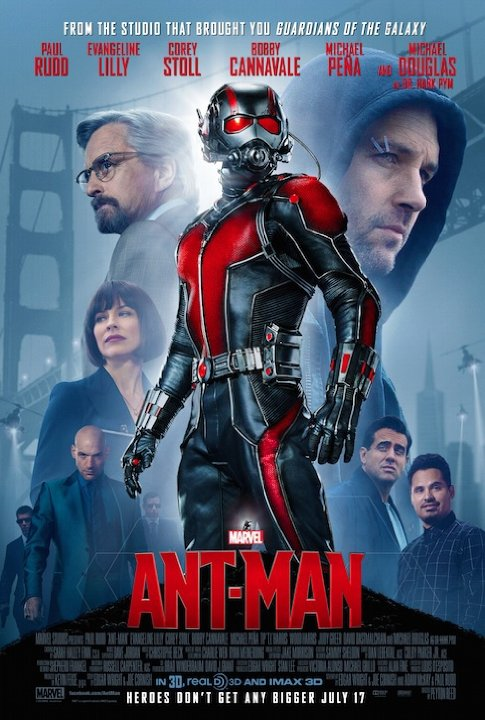 I have talked a lot about the story but don’t think the movie lacks action. In fact, ever since “Captain America: the Winter Soldier” I don’t remember a hero’s abilities being presented in such a complete, imaginative and entertaining way. Lang finds himself in many dangerous situations and each time he must act fast to escape, whether he is trying not to get stomped by ravers, fighting an Avenger or punching armed bodyguards. The direction gives you the impression of speed and urgency, showing how different everything seems when you are the size of an ant. No matter how crazy the action is you always know what is happening and all shots are perfectly selected and joined together. For example, watch the scenes where Land opens the safe or flies through a huge computer system riding on an ant. The special effects are awesome, the ants are designed to look both realistic and not disgusting and the hero’s suit is among the coolest I have seen. The locations keep changing –there is even a fight inside a suitcase-, the ants are used in ingenious ways and the third act is full of satisfying action which culminates smoothly.

Paul Rudd, who plays Ant-Man, persuades you he is sensitive, courageous, resourceful and funny; I hope to see this actor again. Michael Douglas impersonates Dr. Pym, who is younger in the comics. Nevertheless, Douglas is a good choice for an old scientist tormented by his sad past and determined to save the future. Corey Stoll plays his failed colleague, convincing you both as a genius and a villain. Michael Pena has the role of Lang’s best friend and all his scenes are entertaining. Secondary characters count here and support the hero. Lastly, Evangeline Lilly has the role of Hope.

I didn’t have high expectations from “Ant-Man” but I enjoyed it thoroughly thanks to its smart dialogues, likeable characters, original plot and fantastic action. This is one of those rare cases where the creators of a movie have devoted their talent into giving you high quality entertainment and they have succeeded. I’ve watched more than thirty super hero movies and I easily place “Ant-Man” among the five best.