Dragon Ball Z has managed to be maintain its popularity for quite a
long time, with numerous movies, television episodes and games. The
quality of the games has been all over the place in terms of quality.
Dragon Ball Z: Extreme Butoden falls somewhere in the middle between the
best and worst extremes, establishing itself as a solid if
unspectacular fighting experience. 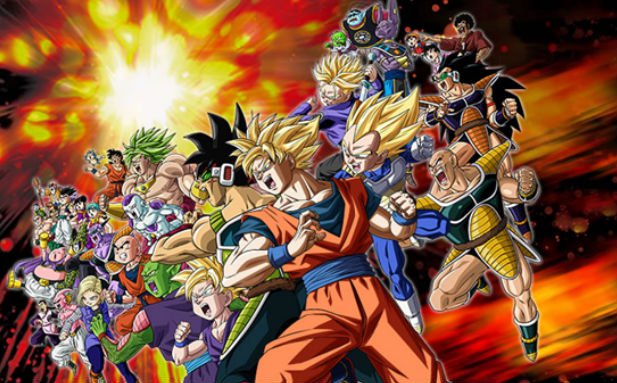 Arc
System Works knows its way around 2D fighting games, and they have a
long history of delivering on multiple platforms. The 3DS seems like a
curious choice for a game like this at first glance, but I quickly came
to adapt to it on the smaller screen. Fights do not last terribly long,
lending themselves to the portable nature of the 3DS system. The story
mode is really a lightweight version of the tried and true Dragon Ball Z
story. There is nothing wrong with it, but the alternate unlockable
storylines were of more interest to me. Still, the focus of this game is
on the combat and not the story itself.

To that end,
Extreme Butoden is a technically solid experience. There is not a great
deal of depth to the combat. How one character controls in dealing
combination or ranged attacks is pretty much how all of them do it. This
helps with roster balance, but it makes the gameplay itself a somewhat
dry experience. It feels good early on, and the combat is easy to pick
up, but by the end of the game you realise that the difference between
characters really boils down to some speed and strength differences and
the different animations associated with the same button presses you
would have made if you were using a different character. 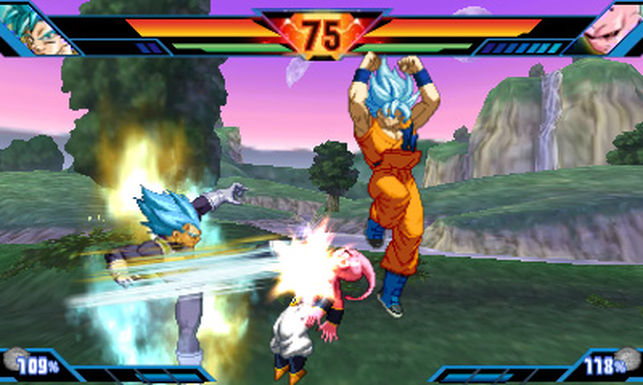 Now, as someone who did not find the arena style combat of Dragon Ball Xenoverse
all that much fun (despite doing a good job of recreating the one
against many scenes that occur in the Dragon Ball Z universe), I can
appreciate the 2D approach here better. There is an element of team
play, as you construct teams of characters that can swap out for one
another or lend a hand through ‘assists’. The action is fast and it
feels appropriate to the Dragon Ball universe, it just never really adds
much in the way of depth as you spend more time with the game. The
roster of characters is also somewhat annoyingly limited. There is a
much bigger cast of characters the game could have drawn from, and if so
much of the combat was going to have a cookie cutter feel to it, I find
myself wondering why they did not at least add to the roster for more
visual variety.

Visually, Extreme Butoden is actually
pretty stunning. It is pixel art, but it is bright, colourful pixel art
that does justice to the anime. Characters move very well, their
animations (especially on super attacks) are entertaining almost every
time. I would go out of my way to build up for a super attack, simply
because of how much fun they were to watch play out. Add to it detailed
backgrounds that looked ripped straight from the universe, and you have a
pretty good visual show. The music and sound effects fit the bill,
making the experience feel a bit more authentic, even when the story
mode itself is little more than still artwork with text rolling on by.
There is no voice acting to speak of, so for those who like the American
voice actors for characters, you will come away disappointed as you
hear ‘slightly off’ (at least to my ears due to my familiarity with the
US cartoon) versions of the characters grunting and shouting. 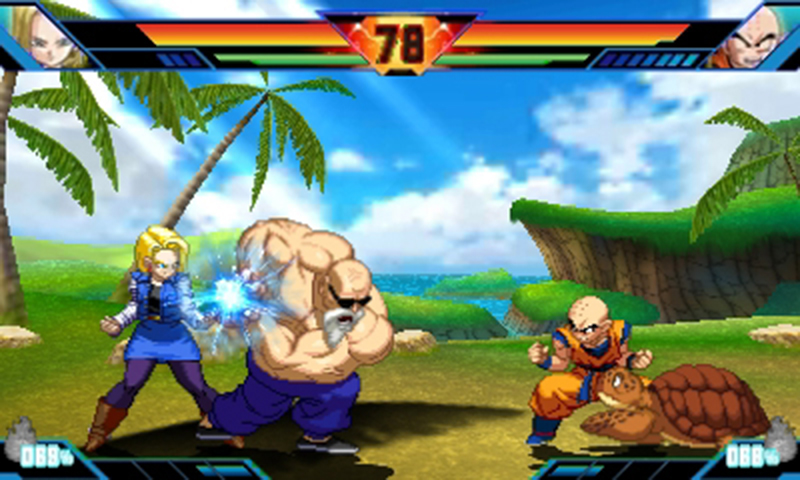 Another
miss for a game like this is the lack of online multiplayer. You can
play locally with a friend, but I am really surprised that they did not
include any sort of online component. With what feels like a lot of time
and effort going into the balancing of the roster, it seems as though
multiplayer would have been a major consideration. In this day and age,
there just are not many fighting games that release without an online
multiplayer element, and given the pedigree of Arc System Works, I was
quite surprised by this omission.

In the grand scheme
of things, Dragon Ball Z: Extreme Butoden looks the part, and the combat
plays out well on a technical level. Unfortunately it is hard to get
excited about the overall product. While the gameplay and graphics are
good, and the alternate storyline unlockables were actually really cool,
the biggest problem is the relatively shallow depth of the experience.
The controls for combat are almost simple to a fault, and it lacks the
extracurricular activities and character progression found in Dragon Ball Z Budokai 3. The end result is a fun enough game to play, but it will not prove to be a memorable one.