I am not interested in mountain climbing or extreme sports so I didn’t expect to like “Everest”. The first half hour seemed to confirm my expectations. It’s that not that something was wrong with the movie. The characters were developed properly and I learnt how hard their journey would be. Moreover, Rob, leader of the expedition team, was a person I liked from the first minute. I just couldn’t relate to the characters’ goal; their experience is something I am totally unfamiliar with. 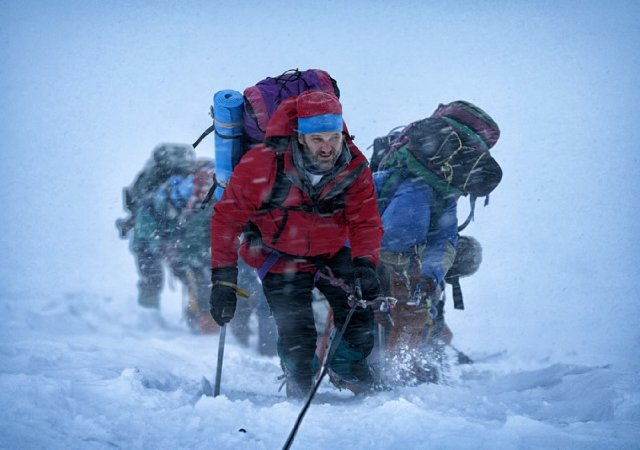 All this gradually changed when they started climbing. The cinematography was more exciting and their progress on the snow-covered, steep mountain sides became dangerous, bringing me closer to their effort. Some of the climbers were exhausted or sick and it was obvious that everyone would reach his/her limits before gaining the privilege to gaze at the world from its highest summit. I started to sympathize with them and hoped they would stay alive.

What makes “Everest” more dramatic is the thought that some people would have survived if they had made a different choice or if they had been more fortunate, for example, if they hadn’t wasted an hour fixing the ropes… Moral dilemmas are present too. Should you try to save someone if you are probably going to perish with him/her? Can you blame those who save only themselves in a desperate situation? Nevertheless, I could only admire the climbers who returned to the snowstorm searching for survivors, not knowing if they would find anyone or if they would be able to return to camp afterwards. Another important question is “how far should you go?” When does self-confidence and ambition turn into arrogance or blindness, bringing disaster to a person and to those around him/her? 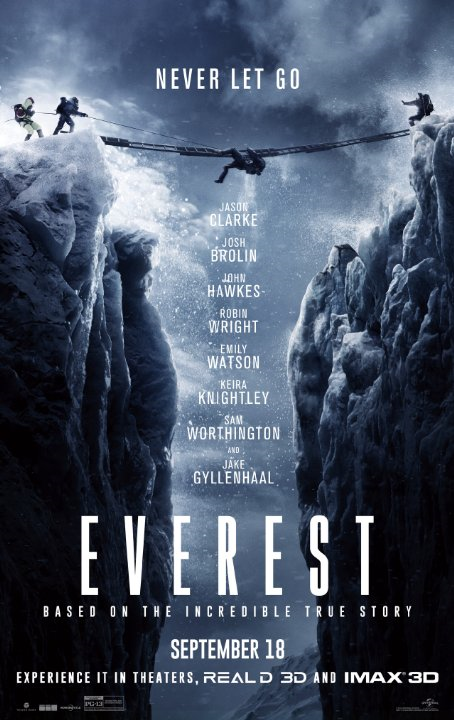 The cast perform very well. Jason Clarke is an excellent choice for Rob Hall, a brave, kind man who wants everyone to be safe so that he can return to his wife and soon to be born baby girl. His biggest gift, wanting to help other people be happy, makes him both loveable and tragic. Keira Knightley has the role of his devoted, patient wife while Emily Watson impersonates his partner, who manages the expedition’s main camp. Josh Brolin plays Beck, a stubborn man who travels to Everest against his wife’s wishes and Jake Gyllenhaal has the role of Scott, who has lost his concentration and may cause his own downfall.

The direction makes the movie worth watching on cinema. The various mountain shots, the storm, the climbers plodding through the snow tormented by cold and exhaustion, everything gives you the impression of extreme difficulty and harsh weather conditions. The same goes for the make-up, which shows how the characters’ physical condition deteriorates rapidly.

“Everest” is not the kind of movie that wants to attract as many viewers as possible. You won’t see the hero barely escaping from an avalanche by jumping from a cliff, throwing his pickaxe on a rock to stop his descent and grabbing his girlfriend’s leg before she falls to her doom, thus saving both of them miraculously. Based on true events, “Everest” succeeds in maintaining a delicate balance between realism and cinematic quality. Fans of drama, nature or extreme sports should watch it.