Halo 5: Guardians brings an intense level of 60fps action to a beloved franchise not seen in years. After the struggle that was the story in Halo 4, Halo 5: Guarding tries, and largely succeeds at bringing some semblance of order to one of the most beloved gaming franchises on the planet. Combining blazingly fast action with challenging gunplay, Guardians is a high-octane adventure that is all climax which spills brilliantly over into the new Arena and Warzone game modes. Hold onto your helmets folks, because you are in for the ride that you deserve. 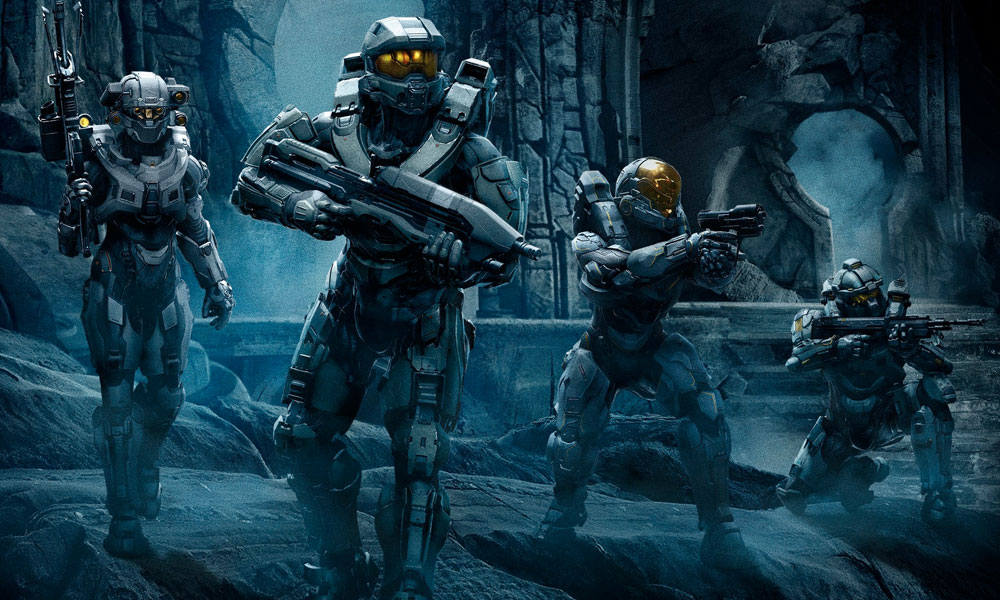 When Bungie announced its departure from the Halo franchise after their masterpiece, Halo: Reach dropped there was a lot of speculation about the future of the series. Microsoft then put together a development studio, 343 Industries (playing off of 343 – Guilty Spark from Halo: Combat Evolved) there was some trepidation. Prior to Halo 4’s launch, Microsoft released the stunning and wonderfully written miniseries Forward Unto Dawn which helped drive the hype machine. Unfortunately Halo 4 dropped and it was just so-so. With a new enemy, (the Prometheans, warrior servants of the Forerunner) Master Chief was tossed onto Requiem in a story that felt shallow and piecemeal. These new enemies lacked the obvious and brutal intelligence found in the four previous Halo FPS titles’ Covenant enemies, instead using gimmicks like an ultra-fast juke to sidestep your attacks or simply teleporting from one point to another. They were relatively boring as an enemy and more frustrating than not. The Prometheans (and the Covenant) return in Halo 5: Guardians but with improved AI though their intelligence is still not up to the same level as those found in Halo: Reach. The gimmicks are still there but the Prometheans retreat, flank, and work to overwhelm you (and often succeed). On high difficulties like Heroic and Legendary the combination of speed and smarts can be downright disheartening; I count myself as a better-than-average FPS player yet found myself dying more times than not when on single-player. Co-op for Legendary is strongly recommended, if not required.

Speaking of “dying” in Halo, it has changed greatly. Previously once your shields dropped and your health bar was depleted it was back to the last checkpoint you go. In Halo 5: Guardians 343 has changed it up to act more like Gears of War where you “take a knee” due to your “armor locking up.” You can then call for assistance and one of your command-able squad mates will come rushing in to “revive” you. If they do not get to you in time then you absolutely will die but more often than not at least one, if not two will immediately break contact and rush to your (or your downed teammate’s) aid. Even after two completely campaign play-throughs I am unsure how I feel about it but initially I felt that it lessened the danger and took out the concept of “consequence” when dying in game. It no longer mattered if your health dropped because you could just call upon your teammates to come revive you. Adding to that is the fact that there are no real negatives to letting your squadmates “die” as they will simply go prone with an “X” through them if you do not revive them fast enough. They will then just respawn after the room has been cleared and you can continue on as normal. 343 should have taken a cue from the Gears franchise in the aspect that if a squaddie goes down then it is game over yet they did not and took a relative cheap shortcut of just respawning. Disheartening to say the least. 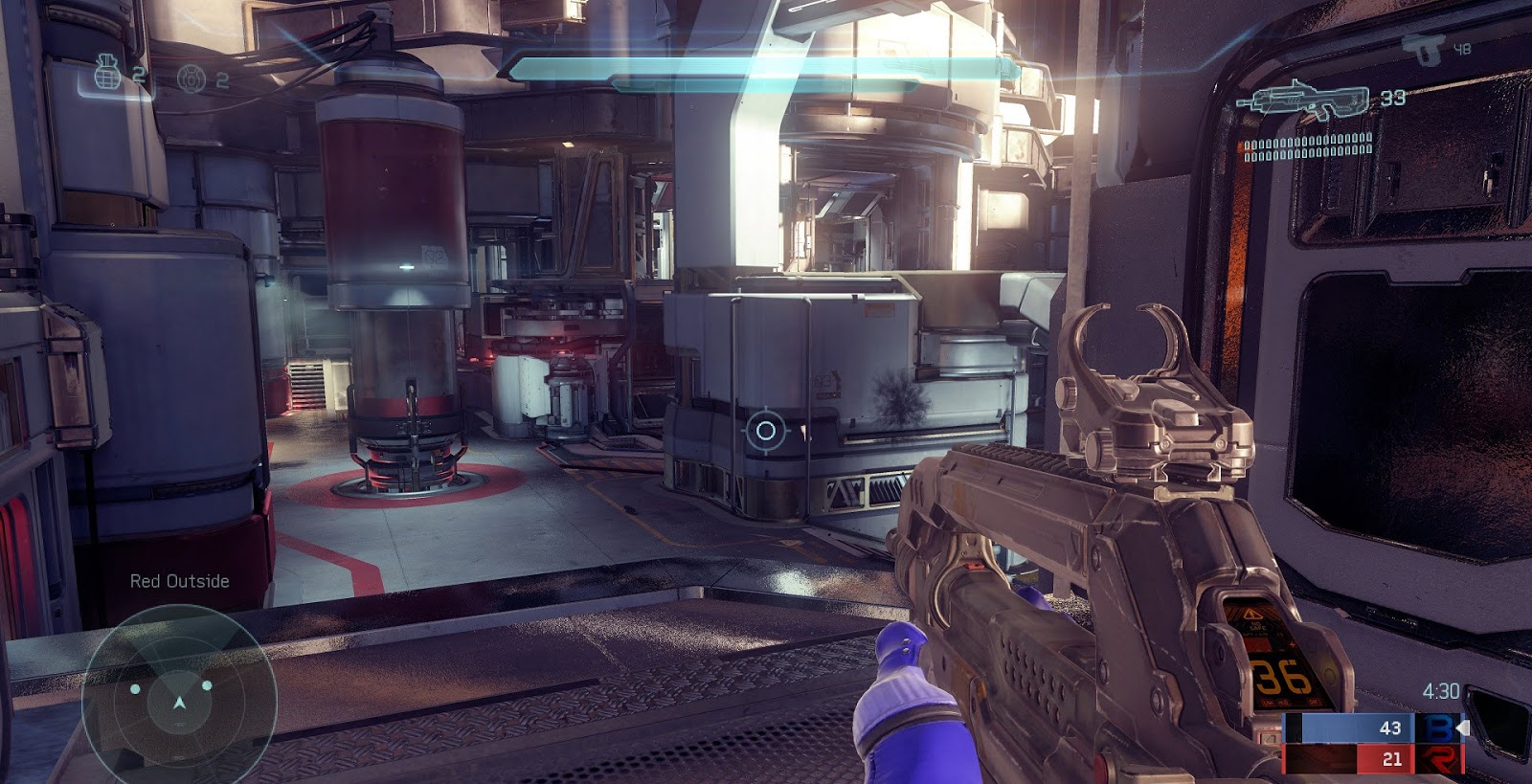 On the subject of teammates I cannot speak enough of Spartan Buck (better known as the utterly awesome Nathan Fillion). In Halo 5: Guardians you can direct your three squadmates to a particular advantage point or you can assign them, as a group, an enemy to take down. Buck and his trusty shotgun will literally bumrush the opponent, leading a devastating charge and often single-handedly taking on enemy combatants before Vale or Tanaka (the two other Spartans making up Fireteam Osiris) can even catch up. I will fully admit that I was not all that excited for Halo 5: Guardians until I saw the teaser with Fillion’s telltale voice chirping in via the coms unit stating “Spartan Buck reporting.” Even *after* playing Halo 5 I still get chills when I hear or think of that line.

This brings me to an interesting segue; Guardians has the same storied soundtrack found in previous entries and is accompanied by a stunning voice cast. Ike Amadi, the voice of Jameson Locke, as well as Jen Taylor and Jennifer Hale are great, but Nathan Fillion steals the show (as he is wont to do with nearly every role that he takes on). What really confused me was the bizarre mix of super-stellar sound effects (oh man do I love the rumble of the Assault Rifle) and oddly-quiet ambient audio. In some levels you can hear the distant rumble of artillery or the sounds of nearby gunfights yet in other levels it is oddly quiet. Disturbingly quiet and not always befitting the particular environment that you happen to be standing in. In addition to the strange mix of ambient effects some of the weapons sound great, others should horrid. Example, the Assault Rifle has this loveable hum as it spews out rounds and the SMG absolutely rocks as it empties a magazine. The Promethean weapons? Yeah, they sound horrific. Flat, plain, and uninspiring. I spent a ton of time hunting the map for UNSC weaponry or a Covenant Carbine rifle just so I did not have to use Promethean weaponry; if I could not find any Carbines or UNSC weapons I simply punched and assassinated my way through a level. Promethean weapons are the worst. 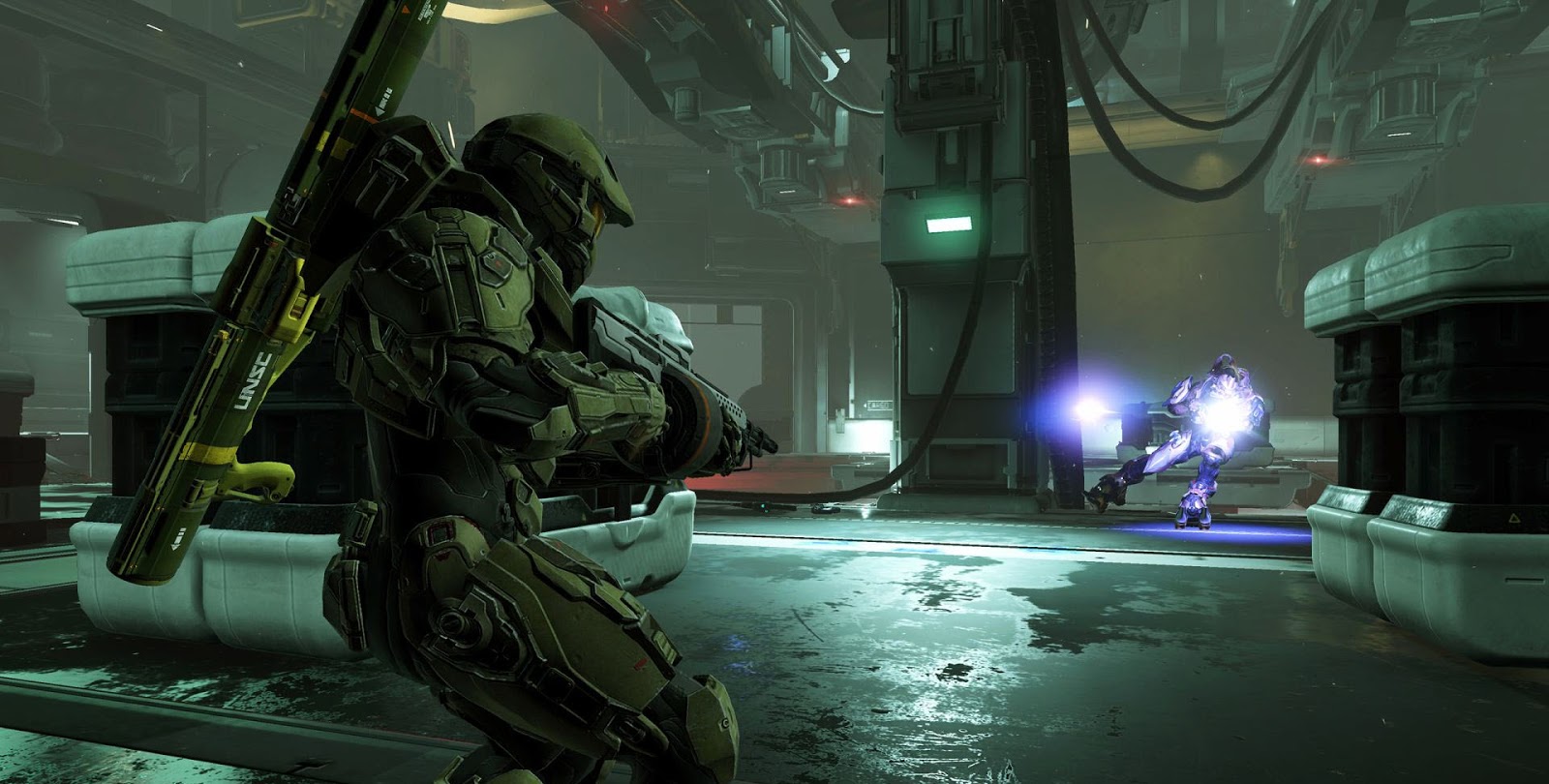 Throughout the 15 campaign missions there was one recurring thought that I had and that was “I want The Flood.” The Covenant are a great enemy but their story has been winding down since Halo 3 and the Prometheans are flat and full of suck with no real depth. Admittedly the Flood were also flat, they had a certain devastating and monolithic presence; after all The Flood was why the Forerunners *built* the Halo rings. They appear to be all but extinct now and are no longer a threat to the universe (or something), even though the Forerunners constructed life-ending super weapons to deprive them of their food. The 343 entries into the Halo franchise lack this looming, destructive entity which takes a certain something away from Master Chief, the UNSC and the plight falling upon mankind. The void left behind by the Flood has me struggling at times to truly feel Chief’s old catchphrase of “Finish the fight.”

When I first finished Halo 5: Guardians I was unsure of how I felt about it to the point that I went back and replayed a few cherry-picked missions to try to get a better feel for the campaign. Unfortunately it did not help, however this is not a bad thing as it was not until I replayed the entire campaign start-to-end that I began to realize the magic that is Halo 5’s single-player. Though it is all action and felt more like one long climactic journey, Halo 5 is best viewed as a whole experience, not 15 individual missions comprising a singular story. The fluidity with which the missions fit and the overall arc found in Guardians is a fitting evolution to one of the unquestionably best universes in gaming today.

Author’s Note – You will notice that there is a distinct lack of multiplayer information in this particular review and that is due to the fact that I will be following up with a Multiplayer-oriented article in the near future. I am waiting to see if there are any particular launch woes associated with Halo 5: Guardians similar to those found in the Master Chief Collection and will report once we see how the launch goes. Given my copy of Halo 5: Guardians was made available prior to release by the good folks at Microsoft/343 Industries, my experience with the multiplayer was anything but typical and I would rather comment on how *you* will experience the multiplayer game rather than how I experienced it with a limited number of reviewers. This meant that servers were crisp, if sparse, and gameplay was fun and fast, but not indicative of the true experience. As mentioned I will put out another, more in-depth article covering Halo’s Multiplayer but you can rest-assured that the below score includes my experiences with the limited multiplayer I was able to get into pre-release.