Knock Knock is one of those games you are rooting for almost right away. The graphic style is unique, the idea has potential and I am always up for a horror game this time of the year. Unfortunately Knock Knock falls short in some basic categories and it wound up souring me on an experience I had held out higher hopes for. 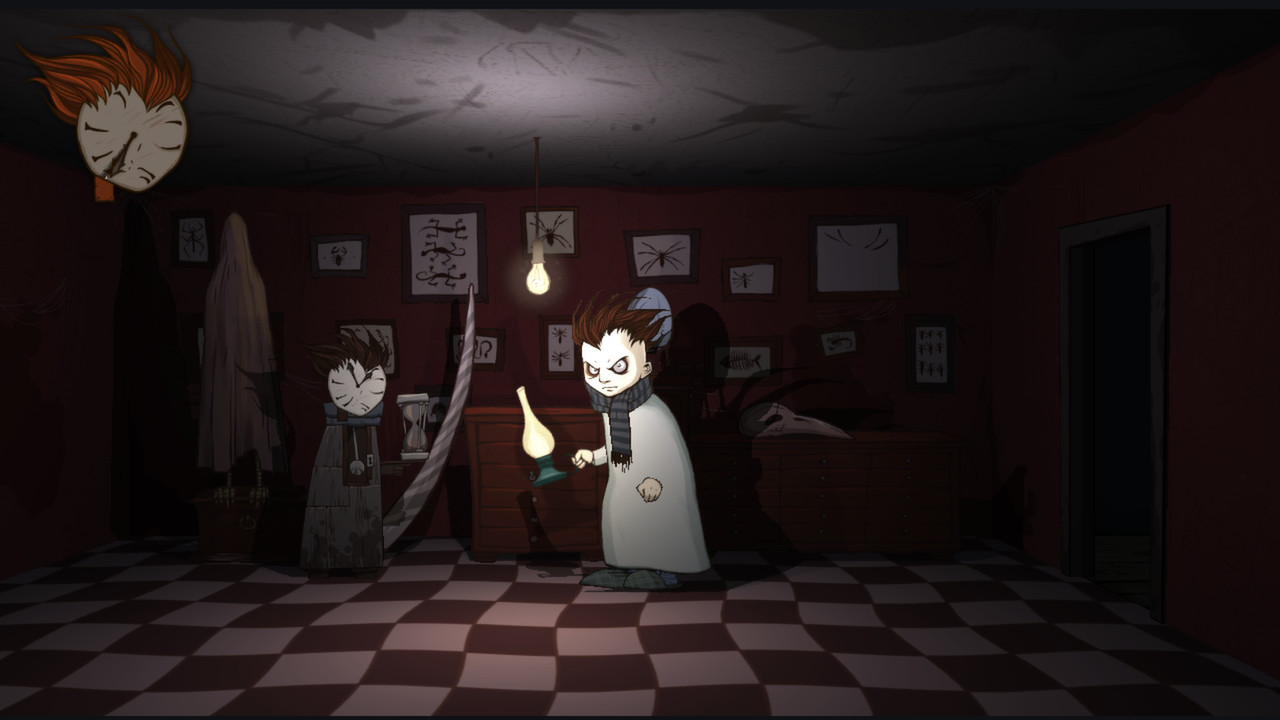 Right away we are introduced to a third generation Lodger as our protagonist. His story is a creepy one, because it deals in darkness and dreams. These are two areas that almost always make for fertile horror game material, and Knock Knock gets off on the right foot. You are introduced to the small house and the most basic of gameplay mechanics – basically how to interact with specific things in the environment. These can range from clocks to lights to doors and places to hide.

The premise is interesting as it forces us to wonder if the Lodger is truly haunted by the supernatural, or if perhaps he is just losing grip on his sanity. Are the nights of minimal sleep whittling away at his mind, or is there something dark and sinister looking for him. The structure of the game and the story behind it are interesting and set the stage up nicely.

There are a couple of different settings, though neither is particularly well-explained. One is a wandering of the house and then a trek into a creepy wooded area outside of it. The other is an effort to survive the night. As time ticks past, you must explore the house, turning on lights and finding objects nestled into the room. Sometimes you can hide in these objects – but while it seems as though one could simply hide until night has come to pass, time is not an evenly incremented thing here. It will grind to a halt and you must find clocks to help it advance. If you do encounter those things that go bump in the night and let them catch you, time spins backwards – costing you precious effort or even resetting you back to when the Lodger woke up that night. 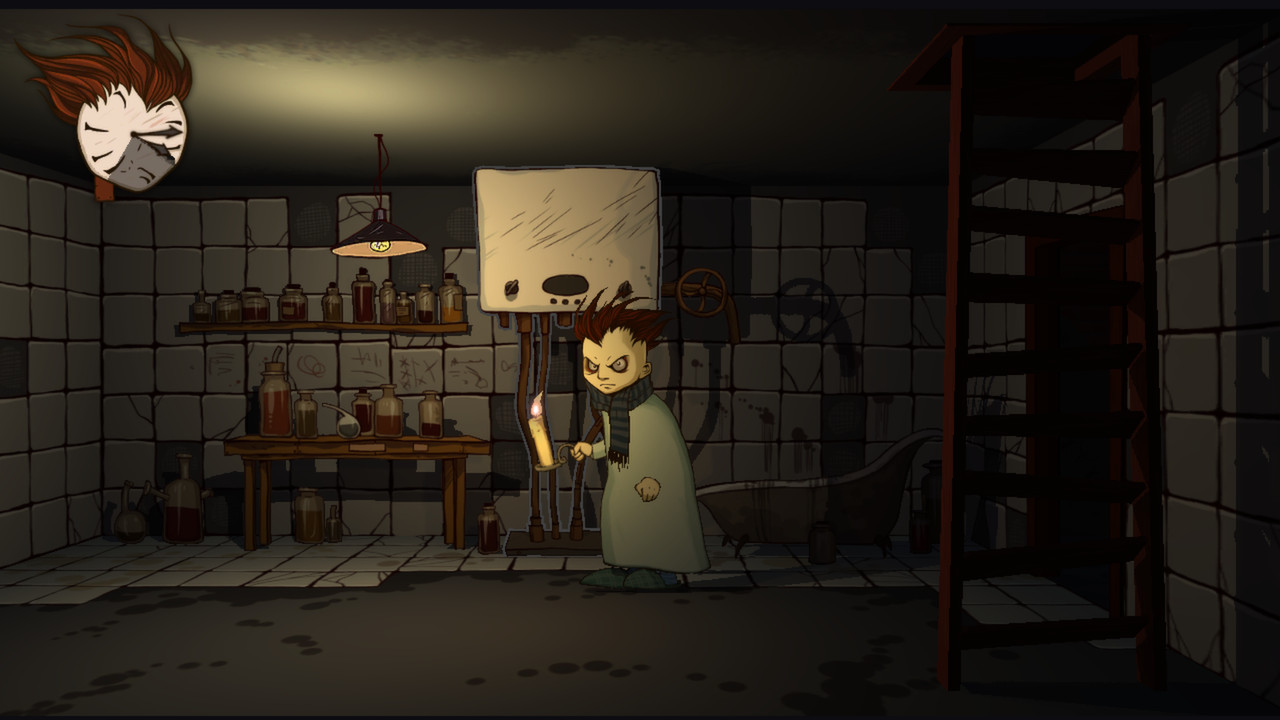 I absolutely love the visual style and the audio design. The loud thump of a knock at the door had me jumping several levels in. The problem is in how vague both the story and the gameplay in Knock Knock are. I really enjoyed some of the Lodger’s ramblings as he talks about his father and grandfather before him who lived in this dwelling. Thematically the vagueness works, because your character is slowly going insane and that is by definition often lacking in any kind of structure. But events will happen while you wander the house, and there is so much randomness to a game that has trial and error that the exercise can quickly become a frustrating one.

I have a handful of theories on horror games, and randomly generated content is sometimes a sore spot for me. I think that quite often the best scares in horror games are of the scripted variety, but when you leave events open to randomness, you lose some of that ability to manipulate the scene in a theatrical way. That is fine, because sometimes games can still have an interesting enough back story to make up for it – and Knock Knock’s comes close on that front. I liked what I learned as the layers were peeled back, but there is a repetitiveness to the gameplay that caused me to lose my interest several stages in. 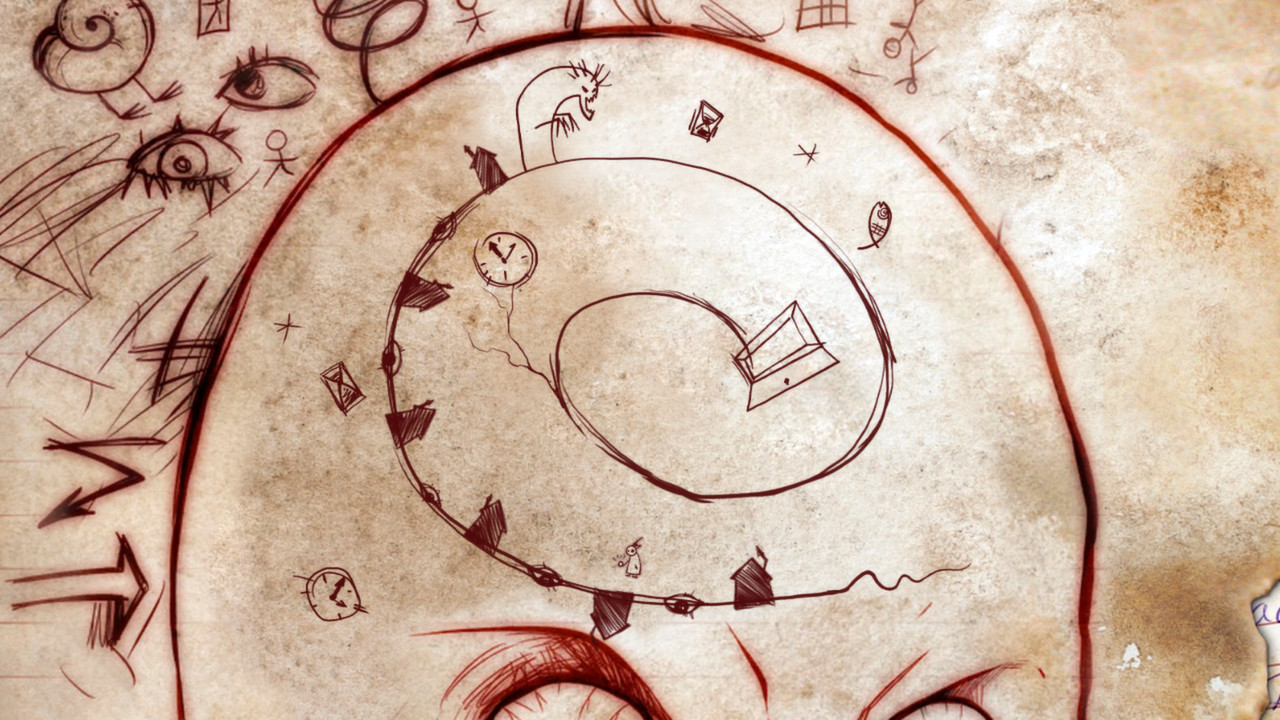 I wish there was more definition around the game’s mechanics and layout. Too often I was left wondering what was going on. I was advancing, because of trial and error, and yet the game itself began to have a feeling of sameness to it. Those same sequences that caused me such dread early on with truly palpable, satisfying horror early on were more akin to annoyances about halfway into the game. I began to see the enemies not as scares, but ill-defined obstacles. The loud knocks, rumbling of thunder and dark, creepy shapes of the forest lost a lot of their impact by my second hour of playing. Multiple endings are a great reason to pick Knock Knock up for a second time if you enjoyed the gameplay loop, but in the end something just felt lacking and I had little interest in making my way through the darkness another time.

Knock Knock is not a bad game by any means. It has some interesting ideas that could have been taken further and fleshed out and better defined. Variety would have also helped the cause. The visual style is unique and interesting and the audio is very well done, but there is a spark that Knock Knock is missing that keeps it from being a truly compelling horror experience. It makes a solid first impression, but loses steam far too quickly.