Macbeth is a brave medieval warrior who hears by some witches that he is destined to rule Scotland and decides to murder his king to fulfill that prophecy. 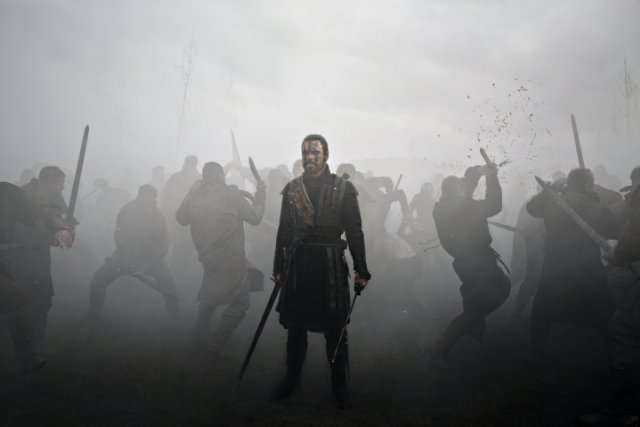 “Macbeth” is inspired by the famous Shakespeare play, so it is very different from a usual film. There are many monologues and the characters’ words are like poetry, in fact, sometimes they are taken directly from the play. This makes it a bit more difficult to accept the movie’s world because cinema characters talk differently. It could be better to adjust some of the writing so that it doesn’t resemble theatre so much. A couple of plot points needed more development as well, for example, we suddenly learn a very important person got sick and died. I also didn’t like the confusing mix of some shots, e.g. at the king’s murder scene.

Moreover, a higher budget was required: the kingdom of Scotland seems to consist of a few hundred people, warriors wear clothes instead of armor and the castle’s interior is limited to three rooms, as if we are watching a theater stage. Generally, the direction is static and dark, although the orange lights during the last fight create a surreal atmosphere.
Despite its shortcomings, I was absorbed by the movie for several reasons. Michael Fassbender and Marion Cotillard offer excellent performances. They both exhibit unique charisma and the ability to express strong feelings and complex thoughts without talking; especially Cotillard is amazing.

The dialogues are outstanding, as Shakespeare uses the English language with unparalleled skill and style. Listen, for example, to Lady Macbeth preparing herself to persuade her husband to perform a horrible deed. She realizes the quality of her actions is bad and wishes for them to be hidden by anyone who may judge her. Shakespeare emphasizes the power of words: though they disappear in thin air, like the witches who lived in the wilderness, they may be as lethal as a sword. Nevertheless, their meaning is not always certain and people tend to understand them according to their own interests. 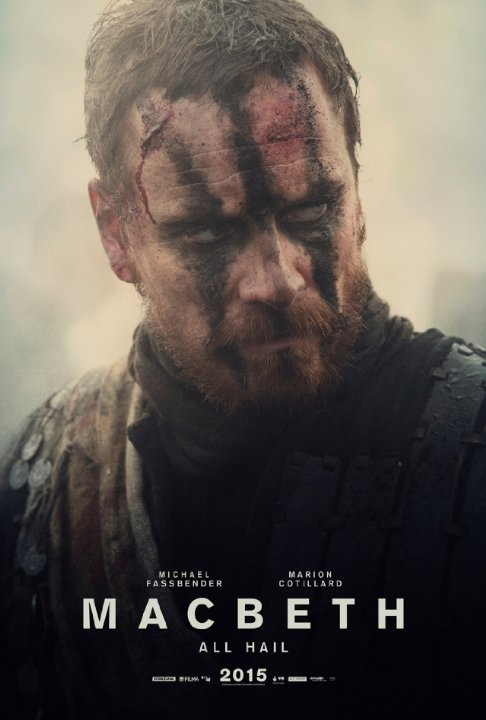 The plot is simple but the implications of what is said and done are endless, every scene being open to multiple interpretations. For instance, why did Macbeth react the way he did in his last fight? Was it fate or did he want to die because of guilt? Was it his fear and self-doubt or divine justice? The movie reveals important facts of life, for example, once you do something wrong it is much easier to continue down the same road instead of trying to redeem yourself. It is also ironic that Macbeth causes his own fall while trying to increase his safety by killing all opposition. We cannot always control our actions’ results and sometimes these results are opposite to what we expect.

In tragedy, the main question is freedom and its connection with justice. Could Macbeth have escaped his own weaknesses and the influence of his environment, in this case his wife, and have refrained from massacring so many innocents? The idea of the witches telling him that he is going to be king makes the question more urgent: how is it possible not to be “trapped” by necessity? Still, Macbeth has many chances to alter his course of action and suffers because he wastes these chances. Why does he do that? This is a major “why” and Shakespeare doesn’t pretend to have the answer; he knows that the fundamental questions of life, those related to its meaning, don’t have positive, definite answers. That’s what makes the human being both free and tragic.

“Macbeth” is inspired by one of the greatest poets, whose writing will never become old. As a movie it has some drawbacks, mainly because it is impossible to transfer poetry to cinema without losing some of its essence and cinema is not fully compatible with theatre. Still, it is a solid production and captures the depth of Shakespeare’s masterful work, inviting the viewer to enter the quest for truth.