I didn’t see the first “Maze Runner” although I have rented the dvd twice. How did this happen? Well, sometimes I rent a movie but don’t watch it immediately, then do something else instead and end up returning the dvd without having seen it. Anyway, I decided to give “Maze Runner: the Scorch Trials” a chance and didn’t regret it. 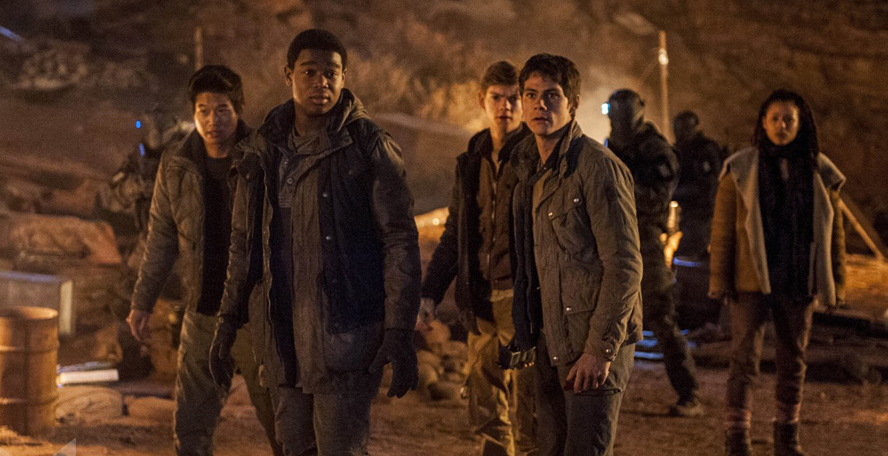 The story is about a bunch of teenagers struggling to survive in a post-apocalyptic world while being pursued by a highly sophisticated organization. The movie has a lot of running but no mazes and no scorch trials either, so, the title is misleading. However, I liked its fast pacing and the fact the kids are determined to stay free against all odds. There is a lot of action although the protagonists are not warriors and have no guns most of the time. They survive by helping each other, using their wits and running away from danger in all kinds of places, including a facility, a run-down factory and a toppled skyscraper.

Each act of “Scorch Trials” offers something different: the first act relies on claustrophobia, as the kids are confined in a facility and realize that something is wrong. The second act has them crossing the wastelands and searching for possible allies, although it’s much more probable to find new enemies. The third act leads to a smart twist and a powerful climax, which prepares the way for a sequel.

The cast is not well-known but they get the job done. Dylan O’Brien plays Thomas, the team’s leader, who is resourceful, brave and devoted to their safety and freedom. Kaya Scodelario impersonates Teresa, a psychologically unstable girl who thinks they have not made the right decision. Giancarlo Esposito plays Jorge, an experienced survivor, and Rosa Salazar impersonates the girl he has taken under his wings. Aidan Gillen is the suspicious man who runs the facility where the movie begins and Patricia Clarkson plays Ava, a woman who believes she can decide who lives and who dies and that it is right to sacrifice a few to save many. So, although this is an action movie, it raises serious moral questions. Ava reminds me of Alma Coin in the “Hunger Games” because of her unnaturally calm demeanor; she is the scariest person in “Maze Runner” although she never applies physical violence. 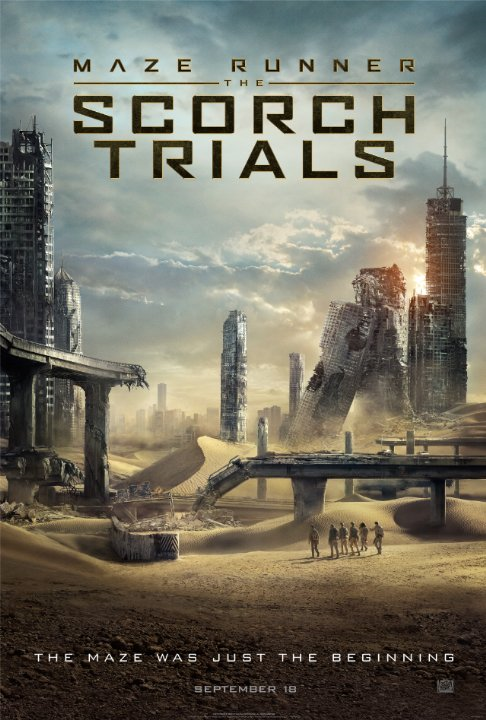 The direction is good too. When the kids run the succession of shots is quick and fluid while the depiction of the wastelands and the former metropolis now lying in ruins is realistic.

The movie’s drawbacks are the underground zombie sequences, which have “déjà vu” written all over, and the lack of character development. Minho, Newt and Frypan barely have different personalities and only the actors give them some identity. However, I admit that better character development would make the movie longer and since it already lasts 132’ minutes I understand why they left it as it was.

“Maze Runner: the Scorch Trials” proved to be a pleasant surprise. Some people may think it is another teenager action movie with sci-fi elements but thankfully it is well written and executed and has nothing to do with rubbish such as “Twilight”. The characters are likable, the story is more realistic than you might expect and it has plenty of intense action. Now, I am waiting to see what happens next.