comments Share
You are reading
Minecraft: Story Mode – Episode 1: The Order of the Stone – XB1 Review

Minecraft: Story Mode – Episode 1: The Order of the Stone feels somewhat like a prologue – an episode helped to set a rather unique table. By and large, Story Mode works, but it lacks some of the punch found in other Telltale titles to date. 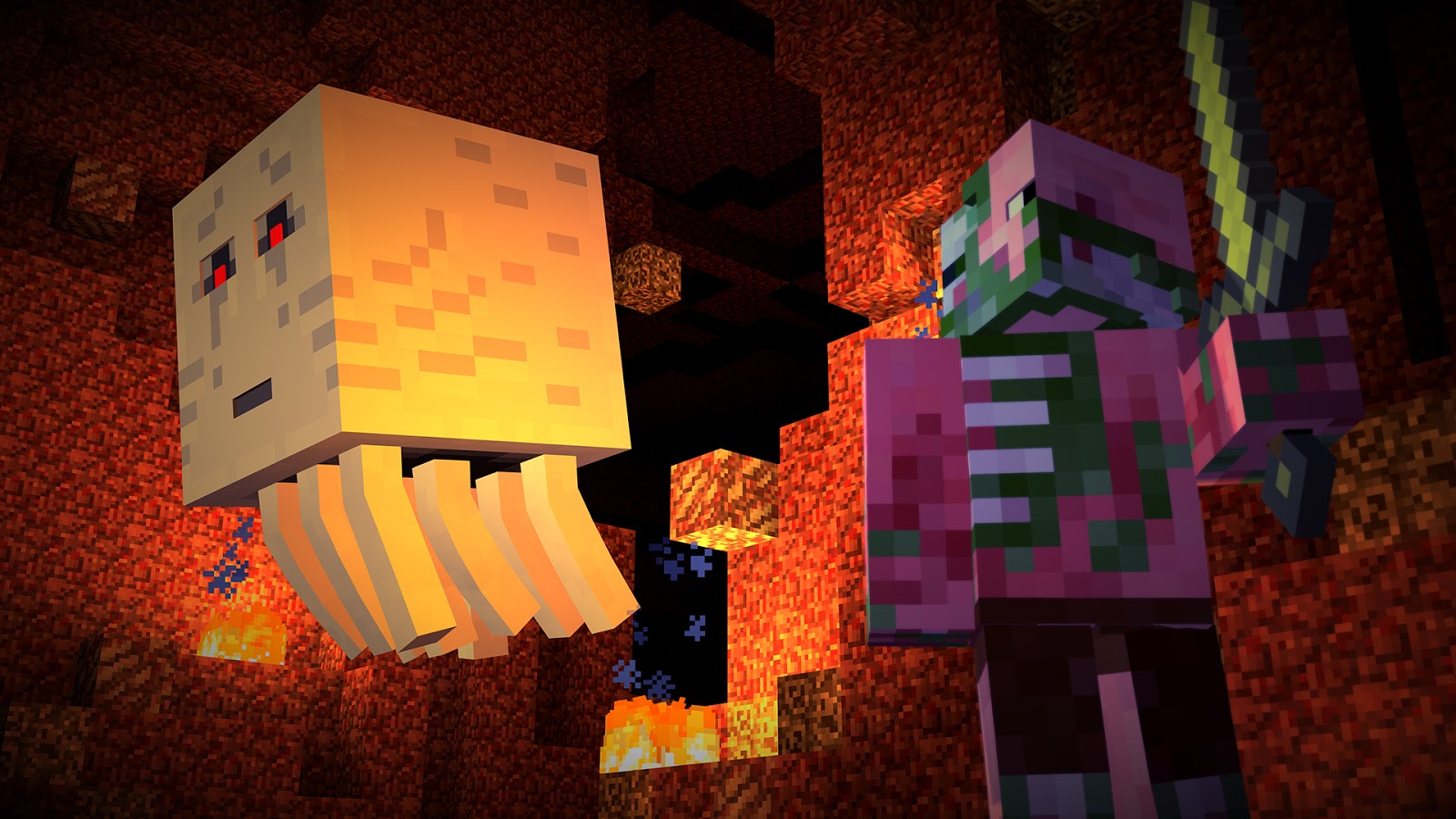 The premise is interesting, but inherently starts on somewhat uneven footing. The idea of giving narrative shape to a game that serves as an open-ended platform for creativity seems very much at odds with one another. Telltales’ previous efforts have latched onto existing properties with strong stories to work from. They have even shown a flair for comedy (Tales from the Borderlands and Back to the Future come to mind) amidst many very serious properties (The Walking Dead and Game of Thrones).

To that end, I applaud the team for taking on something that was well outside of their usual comfort zone. However, the first episode feels more like a kids show than the weightier or funnier efforts we have seen in the past. That is not necessarily a bad thing – I know for a fact that a younger audience who enjoys the blocky visuals of Minecraft will find a lot to like here. Both of my daughters were engrossed in this game, each of them playing through the first episode in a sitting. However, my son and I are both fans of Minecraft and other Telltale titles, and both of us came away underwhelmed with this initial offering. This is clearly a case where audience matters. 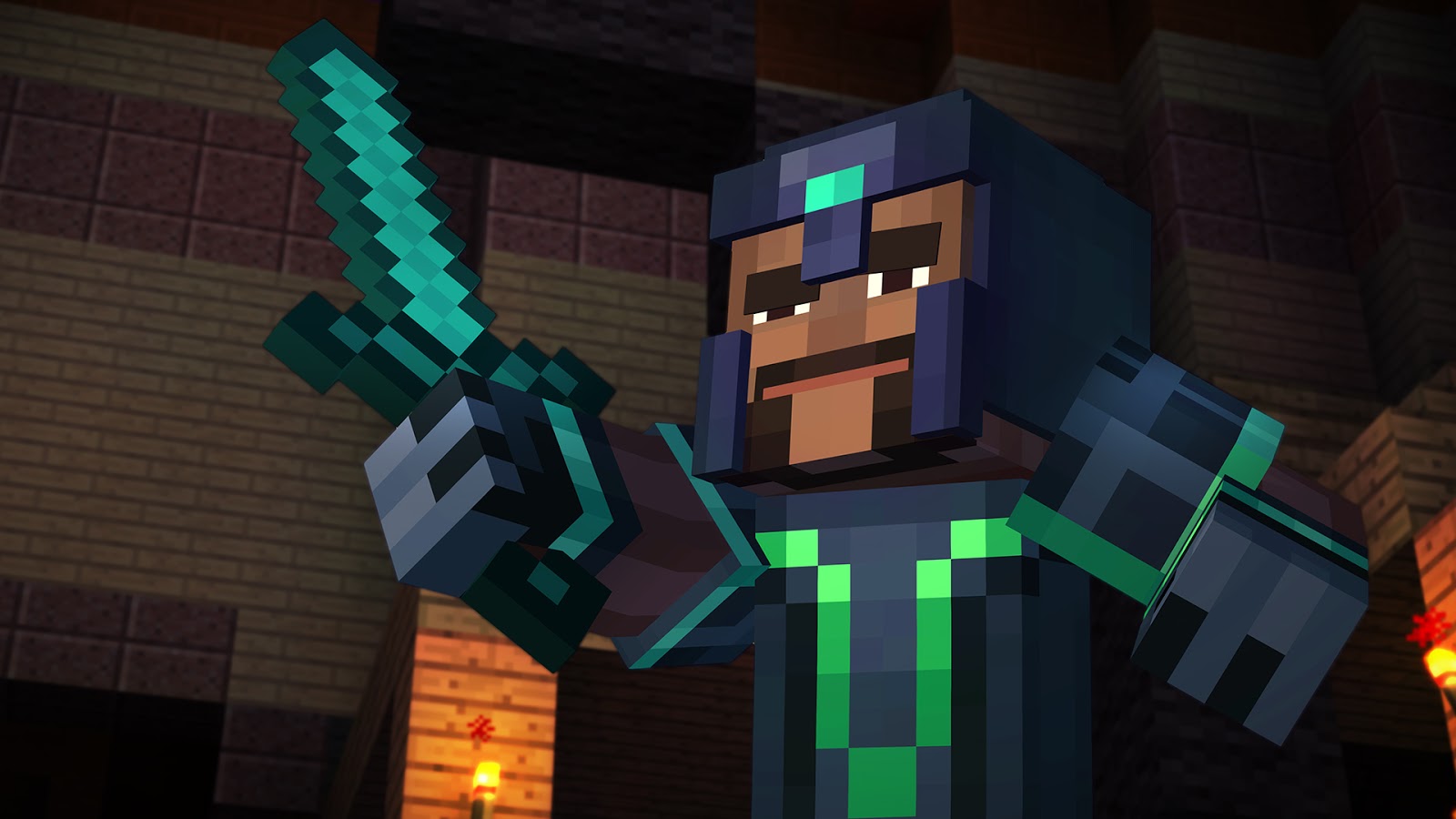 With that in mind, I attempted to go into this view with an open mind, and while some of the elements failed to resonate with me, there were moments where Telltale Games still manages to provide some smiles. While the graphics have never been the hallmark of these narrative-heavy titles, the blocky style of Minecraft does not particularly suit the facial expressions that should go with the dialog at times. The wide eyes and lines for mouths that have limited expressiveness hampers what is happening, though fans of Minecraft will no doubt enjoy the faithfulness of the colors and styles in not only the characters, but the entertaining environments.

Credit too, for recognizing aspects of the source material that are important, without letting it bog the gameplay down. ‘Building’ moments usually amount to mashing on a button or two as the characters burst into a whirlwind of activity. I somewhat wondered if actual building was going to be baked into the gameplay, which would have a) introduced technical hurdles and b) slowed down the pace of the game. That is not to say there is no room for them to show up in limited fashion, but I will state that the current route feels like the right one.

Of course, it would not be Minecraft without at least a little creativity. I found it interesting that the item building component, though streamlined, made its way into the game. Using the three by thrree grid, you will at different times make items like swords, bows and arrows. It was funny to see my youngest rattle off how to do those without using the recipe button – so there is certainly some carryover from the Minecraft experience. 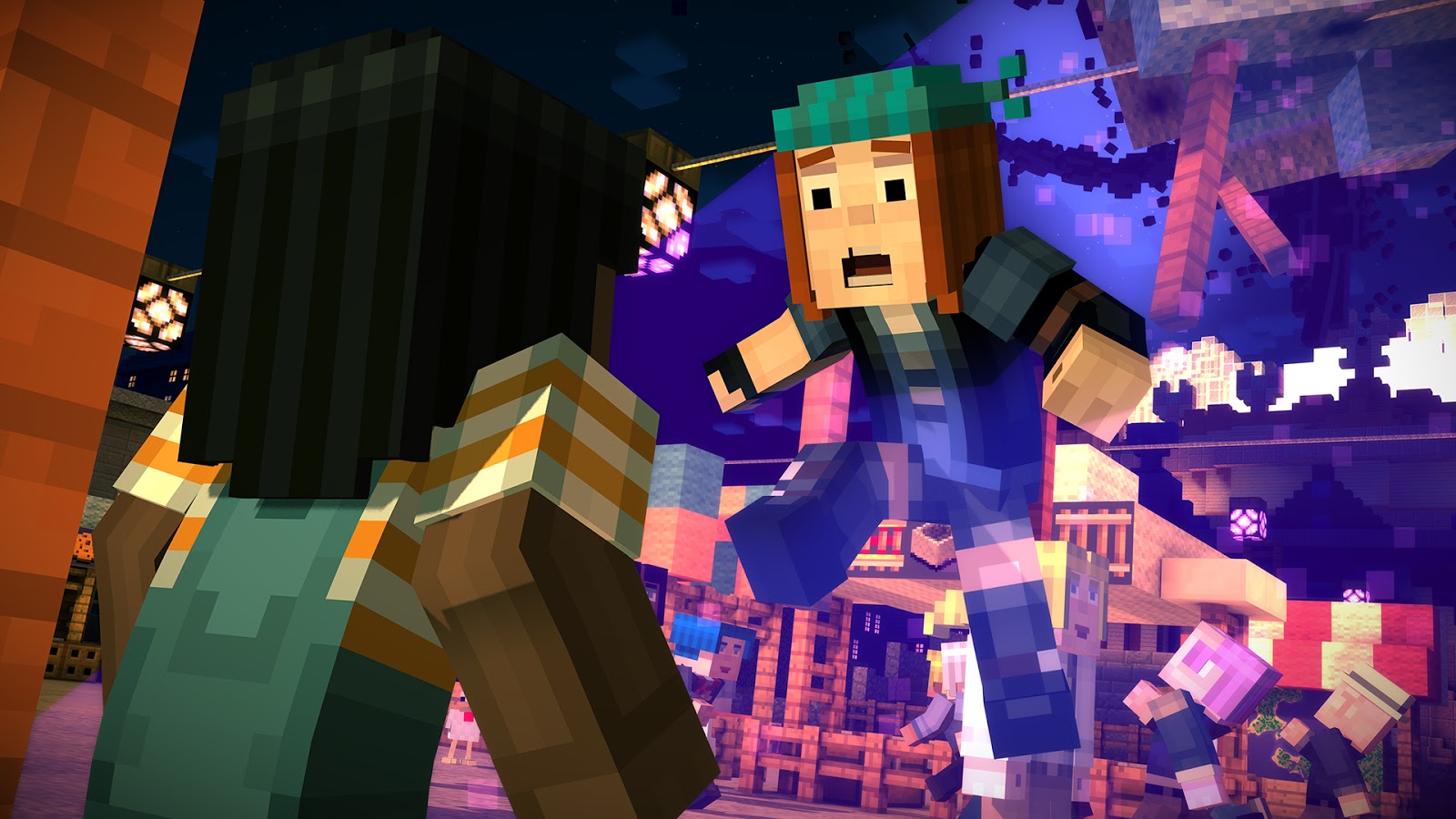 While the Minecraft half of the house feels fairly well-represented, the usually steady narration from Telltale Games falls somewhat more flat here. Characters, at least initially, all are very predictable. Maybe they will get better, but the common cliches of big, strong grumpy guy and clever gadget girl do little to build a feeling that these are fully fleshed out characters. This might be an instance where working from a blank canvas might just take the team longer to finish painting the picture, but early on the returns were lacking for me.

There were moments of good humor, the usual tough choices made along the way. Some work better than others, and again the source material lends itself to light-hearted, kid-friendly fare. It’s all quite charming, it just leaves the impression that so far, the events have been relatively shallow. There is a great deal of potential to be had here, and maybe the upcoming episodes will be able to take full advantage of that. I certainly hope they do.