I haven’t watched “Despicable Me” but I know it was successful, so I decided to see the spin-off “Minions”. After all, these yellow creatures are everywhere lately. Unfortunately, they proved to be much more entertaining when they say jokes on the internet than when they star in their own movie. I am going to describe the “Minions”’ plot in detail because it’s the only way to explain why I found this movie to be terrible. 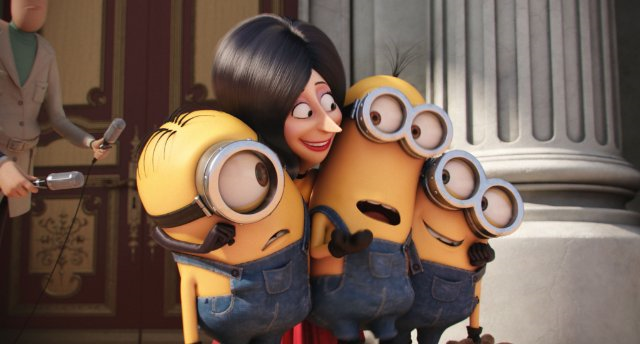 The story is about three minions going to America to find a villain for their tribe to serve. The plot is a series of random events that make no sense at all, even for an animation or kids movie. The minions spend a night in a store and happen to see an advertisement about a villains’ convention. They exit the city on foot and happen to be taken by a family who goes to the same convention. There they happen to win a beat-’em-up competition and be hired by an infamous villain, Scarlet Overkill. Later, one of them happens to remove Excalibur from a rock and become king of England. What?! Where did that come from? Obviously the writers were bored to think of something better, in fact they were bored to think of anything at all.

Scarlet is angry with the minions and throws them in a dungeon but they escape through the sewers, steal a wreath from a funeral, collect a rat, go the a cathedral where Scarlet becomes queen of England (people in the “Minions” world don’t seem surprised by anything), get chased by a bee, almost kill Scarlet by accident, then she decides to eliminate them, which she intended to do anyway, and they are pursued by a group of ridiculous villains, including a scary clown who throws bombs, a fish-man lurking in puddles and a sumo wrestler. Can it get worse? It can, when one of the minions becomes gigantic by accidentally entering a machine in Scarlet’s castle (which lies in plain sight although she is a well-known criminal) and has to battle her while she is wearing a dress which fires lasers and turns into a missile. 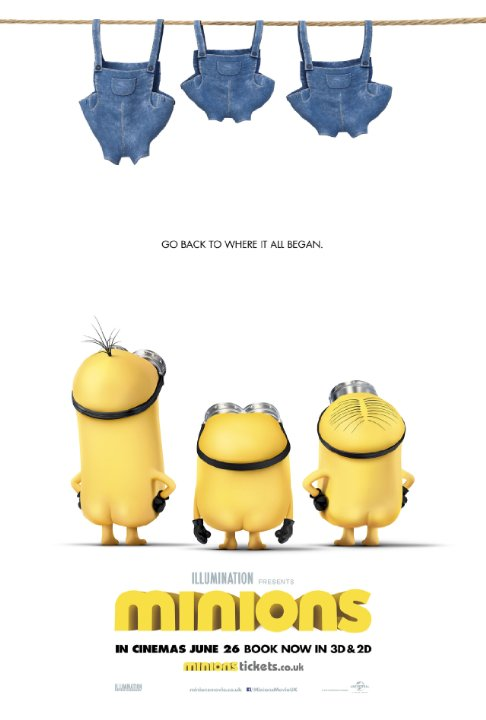 The jokes are bad, one silliness after the other, and many were at least questionable. A family committing bank robbery with ski masks and a real gun? A scientist having his neck snapped? Men slapping each others’ butts? A minion with a string? A dungeon full of torture tools? Is this movie supposedly for kids? Not to mention that the minions themselves exist only to serve villains. The only time I laughed was when they were bored to death playing football in an ice cave.

Besides the above, the characters are written very poorly. The minions don’t talk, they just utter gibberish that sounds like Italian. Scarlet behaves like a psychotic evil witch and her husband is the most out of place, unfunny, annoying character ever.

Concerning the presentation, objects are drawn realistically, for example the minions’ leather bags. However, the characters’ design is not pleasant and there was not a single place that I found interesting, not even the king’s palace.
“Minions” is by far the worst animation movie I have watched in my life, lacking any sign of good taste, intelligence or inspiration. I give it 4/10 and I am doing it a favor. Minions, please stay away from the camera.