Many were skeptical when Persona 4: Dancing All Night was announced. Without a doubt, Persona 4 has proven to be the most marketable game in the long-running series to date, as evidenced by some of the chances taken with it. The original game was a hit (and awesome). However, Persona 4 Arena and Ultimax proved that the likable cast of characters could carry the series beyond just its RPG roots. Dancing All Night simply reinforces that notion. 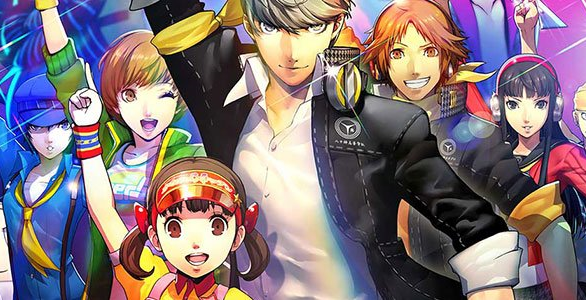 That is not to say that Dancing All Night completely does away with the familiar. Far from it, there are some very RPG-lite elements in the ability to make money that you later use to purchase items. There are also a handful of interesting secrets nestled into the game. While far more removed from the RPG genre than the Persona Q spin-off was, Persona 4: Dancing All Night still feels like a natural part of the series despite the dramatic change in gameplay mechanics.

It helps that so many familiar themes, characters, voices and artwork from the series make a return. I was wondering just how they would work dancing into the game’s world, but the story pulls it off, despite the need to suspend one’s disbelief a bit at the ridiculousness of it all. Despite all of the familiar faces, it is to Dancing All Night’s credit that they manage to work in some fresh ones as well, keeping the storyline from potentially growing stagnant. Personally the story is pretty silly, even more so than some of the prior plots found in earlier games. That might bother some people, but there has always been an air of flippant, silliness about the characters despite some of the serious narratives used to frame the games. 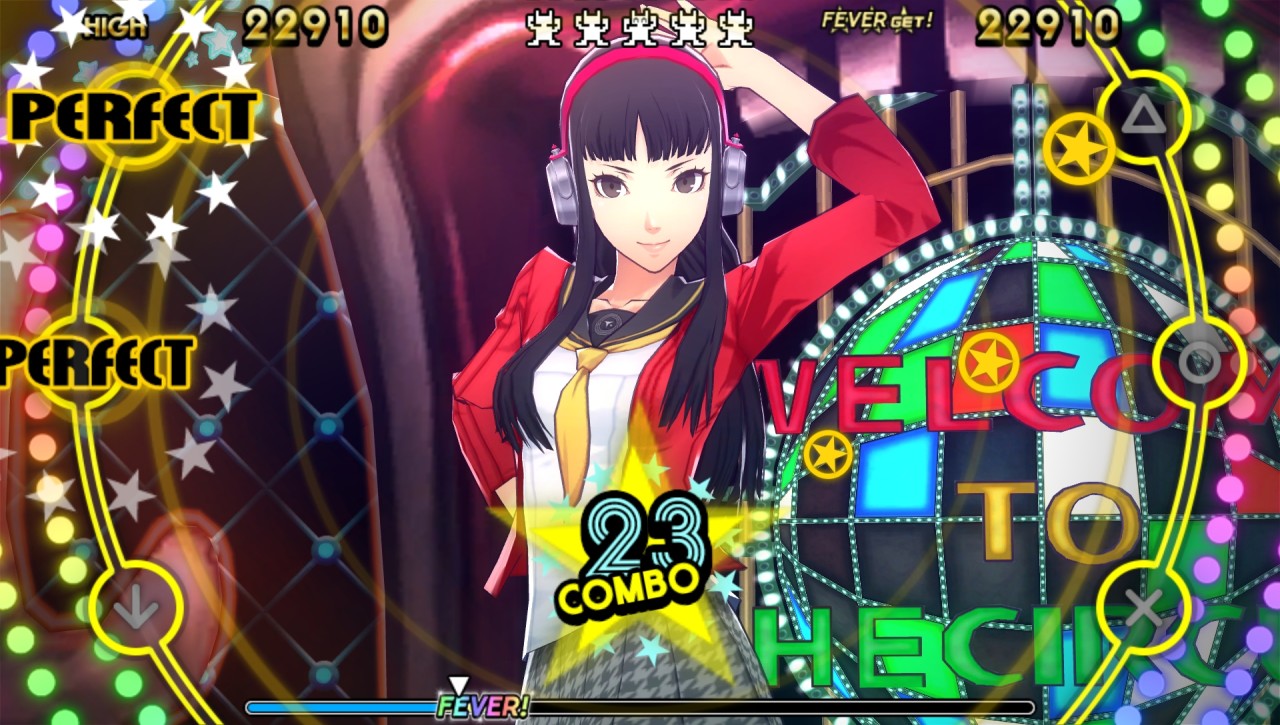 So what about the gameplay? Admittedly the world of Persona 4 is a personal favorite of mine, so that colors my perception of the game favorably. The actual mechanics behind playing the game are generally quite solid, though a handful of things hold it back. The idea is that visual markers start at the center of the screen and make their way out to the edges. There you use the appropriate face button or directional pad push to time your character’s dance moves to the beat. Things start off pretty simply (though there are multiple levels of difficulty to be had here), but tricks from simultaneous presses to holding the same button down for a length of time keep things fresh.

From a control scheme standpoint, I was originally concerned that the Vita’s touch screen would be used in some gimmicky fashion, but I’m pleased to see that this was not the case. However, the widescreen nature of the Vita could make it somewhat difficult to keep track of those necessary button presses. As the indicators float out to the edges of the screen, it can be a bit more difficult to keep track of them than if you were doing the same on the slightly more squarish 3DS screen. Many rhythm games (like the Guitar Hero/Rock Band titles) keep these indicators all front and center (literally), making it easier to track what you need to press when. 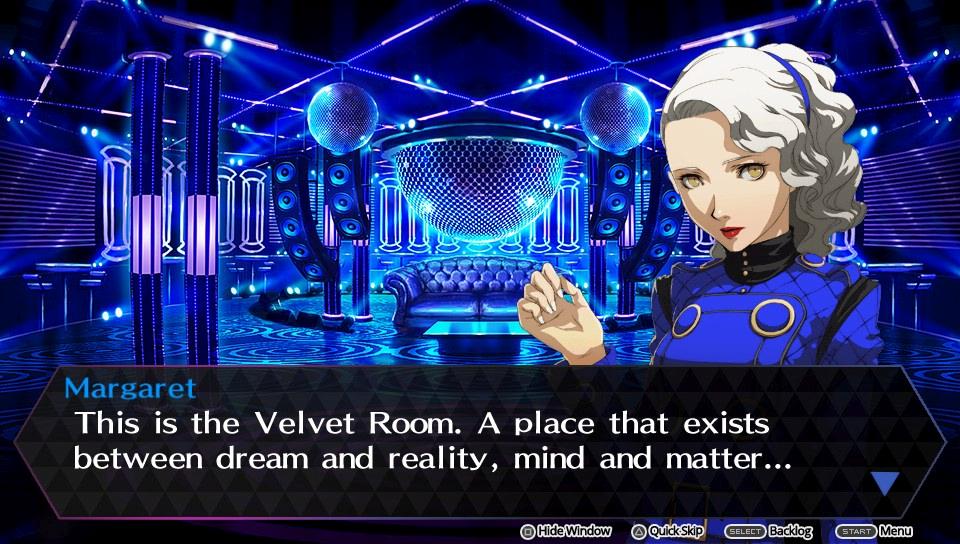 The visuals in Dancing All Night are gorgeous, with a ton of bright, flashy colors and character movements. The downside is that these can add to the distraction when trying to track down the already sometimes difficult to track single press symbols. The other area where controls could have been performed was in the record scratch/fever rings that expand out towards the edges. You need to time these with a flick of either analog stick. In practice, that is fine since you can switch hit with either hand, but the reality is it still forces one of your thumbs off of either the directional pad or the face buttons, leaving you momentarily unable to recover. Since these are ‘optional’ – I usually skip them because they cause me more harm than good. It would have been far better to map these to the shoulder buttons, which otherwise go unused.

Outside of those two quirks, Dancing All Night provides a great deal of fun for fans of rhythm games. I mentioned the loads of unlockable content and also the multiple difficulty levels. Once you beat the proper story, there is a free play mode, different outfits you can put characters into and more. Now, one of the main reasons this title works for me? The song selection. I loved, absolutely loved, the music from Persona 4. Quite often those same songs have worked their way into the spin-offs as well, but here you can get longer running/remixed versions of these same tunes, and generally speaking they are awesome. 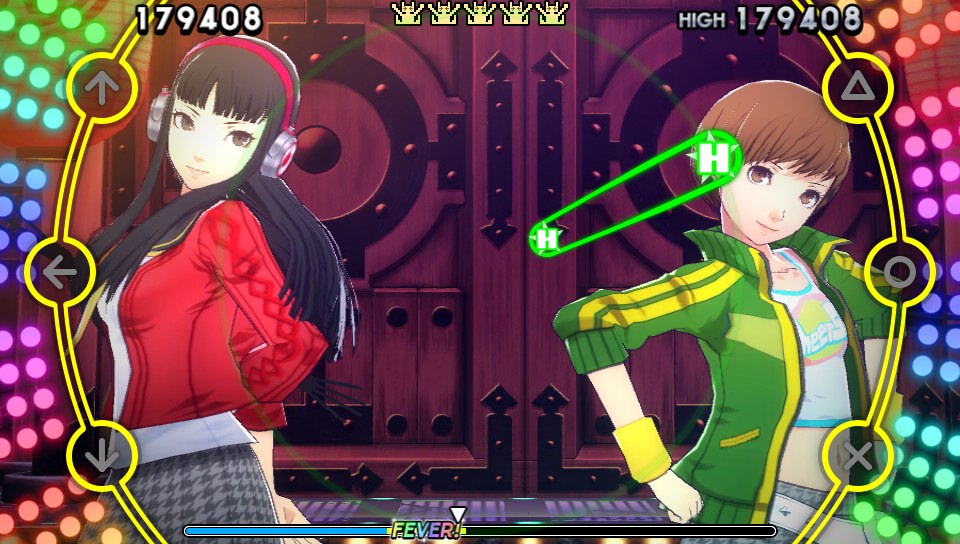 Persona 4: Dancing All Night works, despite its premise. Fighting evil with the power of dance can be somewhat eye roll-inducing, sure – but the familiar themes about accepting one’s self and the bods of friendship resonate because of the return of familiar faces who sold us on these narratives in previous games. An outstanding selection of music and plenty of reasons to replay levels help to compensate for some poor choices in how the music beats are floated out onto the screen and a curious control mechanic. While those things certainly diminished the fun for me slightly, I still found myself enjoying Dancing All Night far more often than not.