Every new Warriors game regardless of the sub-genre has always been something to look forward to on release. Going about a different route for the first time however, Samurai Warriors 4-II isn’t a new entry per say into the series but nor is it a re-hash of Samurai Warriors 4 with simply more added content. Experience for the first time a Samurai Warriors entry that is all about the characters instead of the wars and the battles that they historically took part in alongside the well-designed fast-paced Hack and Slash action that we’ve come to expect from Omega Force and Koei Tecmo Games. 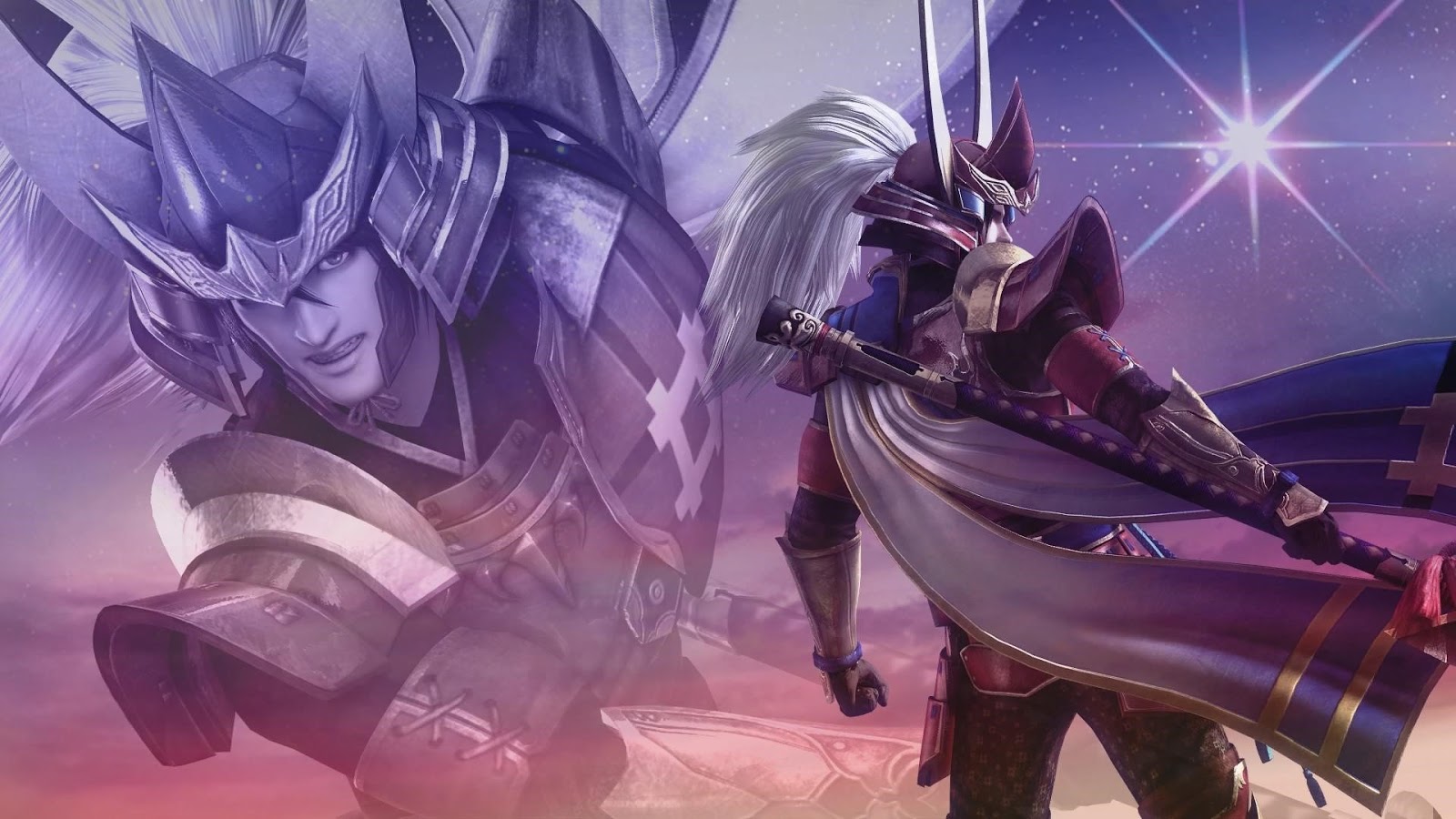 Having gone with a new direction with a shift in the narratives, things were rather interesting from the start. While the large scaled and hectic battles still take place as they always have through the form of gameplay, seeing the events from a more personal point of view instead of simply being a cog in the machine of war was something new. After only a few stages it was rather refreshing to experience the much more simplified events of a particular character in question instead of the overarching plots and sometimes sinister plotting of others in the background. It’s not to say that we’ve never seen character development in the past, but it was never the center of the experience with events tending to instead focusing on the bigger historical picture of what actually happened in Japan at the time of the battle. Moving towards the character-centric narrative can take some time to get used to but never does it detract from the rest.

As there is always something new, skills have taken a bit of twist that complements the focus of the characters over the events. Now coming in the form of a game board with various icons and stat boosts not unlike some others that we’ve seen in the past, characters no longer have to solely rely on a weapon in order to boost their battle capabilities. Each icon on the board has two conditions in order to unlock. The first of these are strategy tomes that can generally be acquired by defeating named opponents and heroes while the second method is a much simpler approach requiring only gold to be used in order to buy them from the shop before battle. The second condition to unlocking these upgrades is character level as it would be no fun if a character were to become an all-powerful supreme force of destruction on the battlefield at level one. Okay yes it would be, but in order to “prevent” said outcome and make things much more reasonable, level requirements are in place. 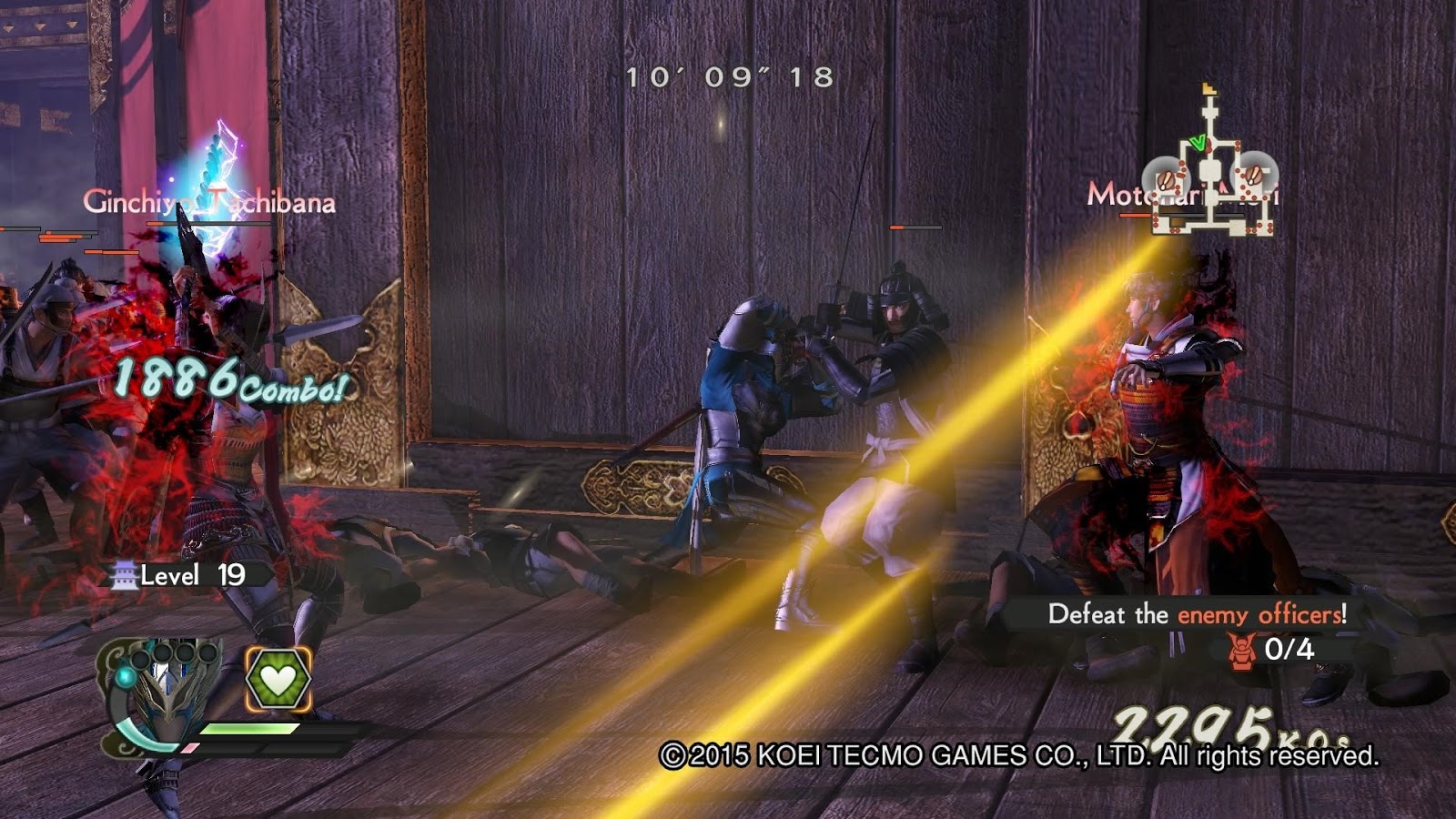 Why would I worry about taking out named opponents to upgrade if I can simply spend gold to do it you ask? The answer to this is easy with the fact that the shop only ever contains tomes in limited amounts and these amounts may not always carry the ones that are required in order to give you what you want. Hunting down more powerful foes is going to be key in order to upgrade, however at the same time weapons can still be dropped and upgraded themselves. Just because there is a lot more focus on the characters, it does not mean that other areas have suffered. Weapons can still be picked up and upgraded to their level limits while also containing skill or attribute boosts of their own such as Speed, Attack, and Defense. For more added flavor these can be used alongside the more elemental forces of Fire, Ice, Wind, Earth, and Death. I like death as an element honestly, it brings a special something to the battlefield and I think the Grim Reaper would agree and with the kill counts more often than not surpassing the one-thousand mark making business rather good for the man.

As with any of the previous entries, the main gameplay mode is reserved for the various clans fighting each other over land and supremacy over the rest. This has not really changed other in the manner as to how it is presented with the shift from the history over to the characters. New to Samurai Warriors 4-II however is the removal of the Conquest Mode present in Samurai Warriors 4, and instead putting in its place a Survival Mode that takes place in a large scaled castle. This hundred story castle is not for the weak of heart with no possible difficulty levels instead scaling itself as the floors pass by. As with the free mode that allows for any available character to play any unlocked mission, the Survival Tower allows for any of these characters as well as the custom created ones to scale its floors if they are brave enough. 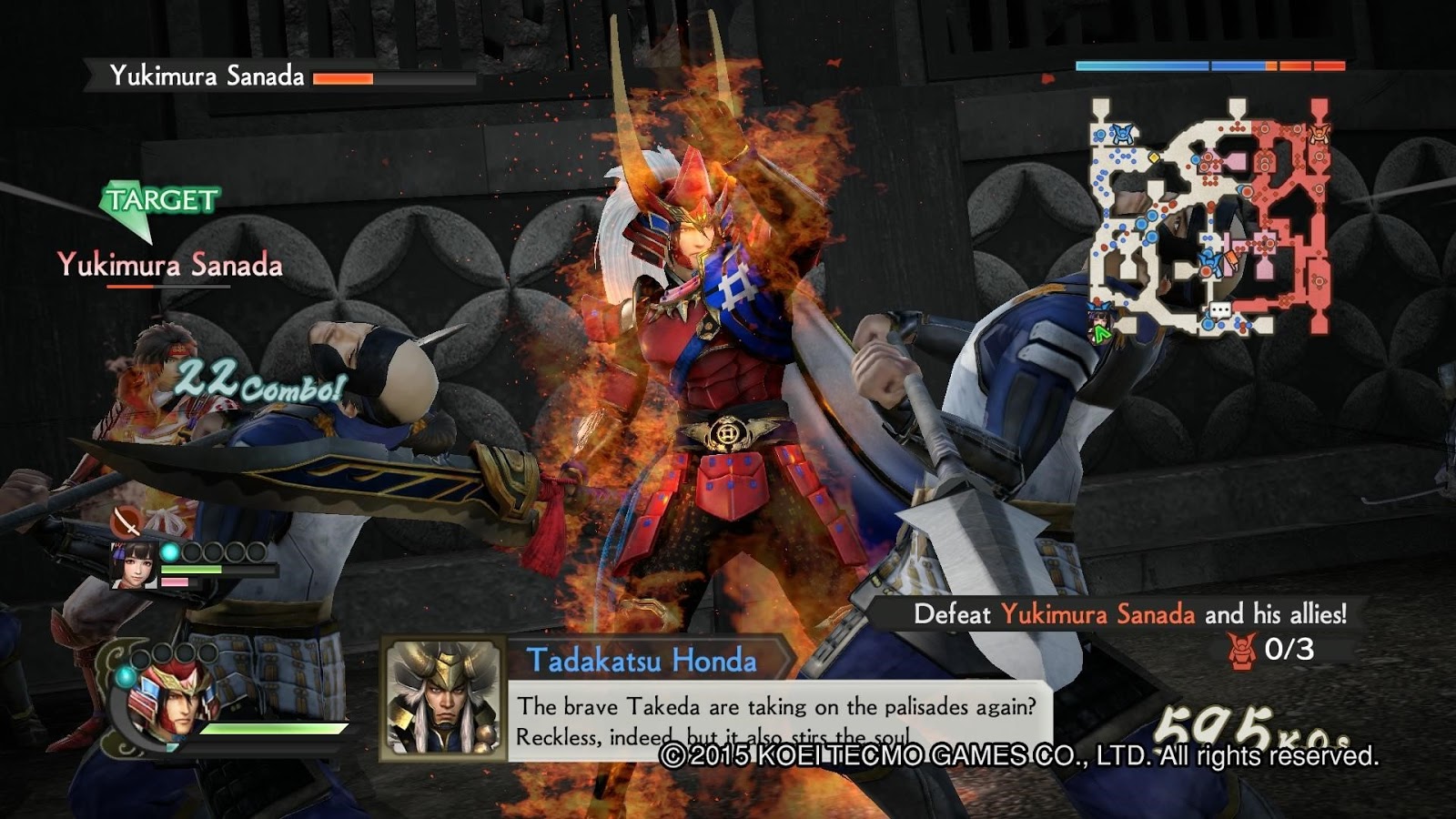 The tower is designed that every floor has its own set objectives that change every time that it is entered. Hunt down specific enemies, guide allies over to a specific point and don’t let them fall, kill a certain amount normally or solely with musou attacks, and a few others. Changing up the objectives can keep things interesting as it is not always the same goal. There are multiple different floor layouts available that also help keep things fresh for a while, but unlike fighting out in the fields, the inside of the castle is dark and haunted in which can become a bit visually stale at times. Being here for more the survival aspect however, the scenery isn’t all that important compared to the goals in mind. I mentioned the haunted aspect correct? This castle has more than a few ghosts and it also has a few stipulations.

Survival mode must be done solo. While any character can be chosen, they must fast the castle without a partner to help them out which creates a bit more of a challenge of its own as there is only that one set of abilities to rely on. Furthering this challenge on the standard mode, as there is one goal. Get as far as possible without failing. While it sounds easy enough, not only are the floors to be tackled solo, but there’s a time limit that starts at ten minutes so messing around isn’t quite an option. Successful completion of a floor will yield an extra two minutes while if allies are present or the objective themselves, then an extra three minutes may be granted. There will be times in which the amount of time possible seems infinite, however in other cases the amount of time feels like it’s running out and running out fast because instead of running towards you, your enemies are running away which is an easy way to deplete your timer.

Finally the last piece that makes this mode interesting is that there’s a boss every five levels that will block the way forward. This boss is a powerful phantom figure of any possible hero that lies in wait and is nothing to laugh at. With one-hundred floors, it could take a few tries in order to make it somewhat up the tower. Waypoints are available to restart from in order to level up gear and acquire new skills to make things a bit more reasonable as the challenge continuously increases. Can you make it to the top? The Ghost of Nobunaga taunted you at the bottom daring you to make it past the first floor and that’s not someone you want to disappoint!

Samurai Warriors 4-II is a great addition into the Samurai series. Having gone with a new narrative style really works out in its favor with the more personal points of view creating a fairly different experience with more attachment to the characters that never subtracts from the quick history lessons of the battles that occur. While the Conquest Mode was interesting to tackle in its predecessor, the new form of Survival Mode is more than enough challenge that will keep even the best of Warriors occupied for a while to come as they make their way to the top!