Like a lot of people, I have really been looking forward to the upcoming Star Wars Battlefront game. The first couple of times were huge time wasters for me in college, where my buddies would LAN up and play against one another for hours. So how does the preview look so far? Solid and worth investing time into, but there are some concerns. 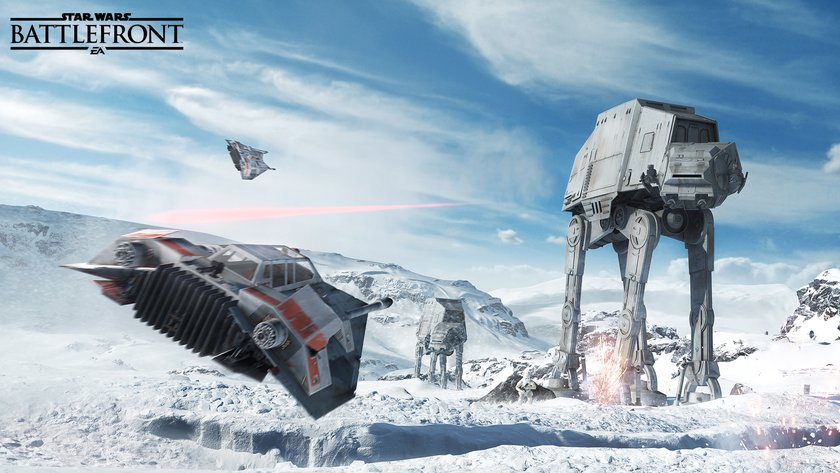 I will come right out and say that the FPS genre is not my strongest of suits. My preferred pace of game is usually more along the lines of a sports, RPG or strategy title. That being said, I have spent plenty of time with Call of Duty and Battlefield games over the last several years (though nowhere near as much as Chris). However, the appeal of Star Wars is going to be entirely too much for me to turn down, that is just a given.

The first two things you take note of when starting the game is that the audio and visual presentation is spot-on. The music, the sound effects of blasters and the dust and rubble of Tatooine do their job: you feel as though you are living out a Star Wars adventure. The presentation is an excellent one. The development team has already gone on record as having said that they are prioritizing the framerate over the resolution, and I feel like that was the right way to go. If I have to choose between the two, I am going to go the framerate route every single time, especially for games with lots of fluid action. I actually grabbed the demo for both the PlayStation 4 and the Xbox One, and admittedly the 720 resolution of the Xbox One is a bit of a bummer, but it is hardly a deal breaker. That being said, I did spend the majority of my time on the PlayStation 4, which sports a 900 resolution.

No doubt this will continue to spur the PC vs console debate, but I am not getting into any of that here. People are going to play on whatever they want to play on – but those are the technical limitations you are seeing for this release. That being said, the overall visuals do leave a very nice impression. There were times I saw some jaggedness in the distant environments, but frankly small touches like the dust whipping up around the ground and the rubble falling from overhead (things I made note of in my accompanying video) are nice touches. However, the majority of the time I found myself too busy taking on enemies to really bask in the environments themselves. 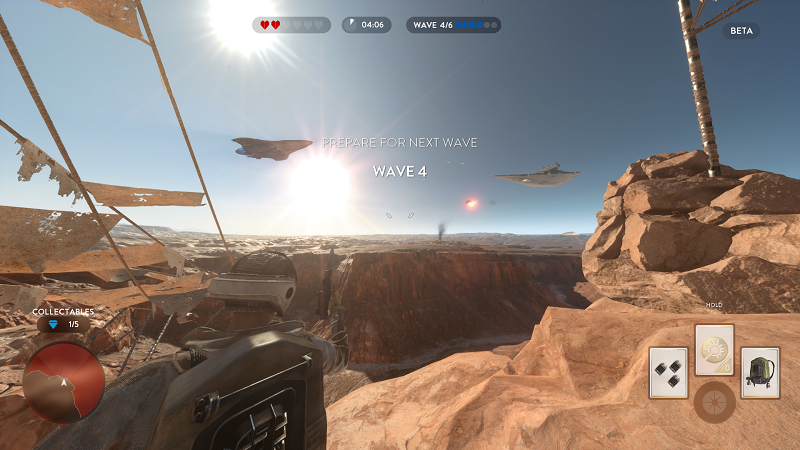 Another visual preference I can see people discussing is first person versus third. You can change your view, and while the first person certainly looks nice, I suspect most people will opt for the third person view. It is not quite as immersive, but from a competitive standpoint, the broader field of vision is likely to prove an advantage most gamers are going to want to make use of. One last item of note on the audio presentation, but the surround sound works out quite well. When I was taking on the survival/wave mode, I often found the sound design useful for figuring out where my enemies were at/coming from.

So how does the game play? Overall, in-game it is quite smooth. The shooting feels good, though it is interesting that one of the core mechanics challenges everything we have been taught from shooters over the last several years. Instead of forcing players to use their sites for aiming, that can actually be a hindrance in Star Wars. Some of the weapons with significant range (which are the ones I tend to gravitate towards) encourage you to zoom in on your targets. However, if using the more standard assault rifles? You are better off shooting from the hip. Bringing up your sites just slows you down – but it does not make you any more accurate. Admittedly – this took a lot of getting used to. 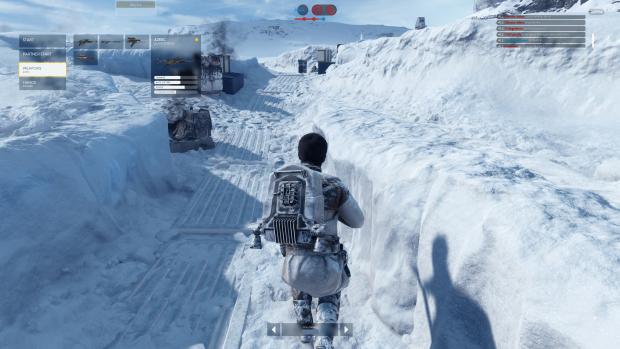 Additionally you can purchase ‘star cards’ – think of them as secondary devices that operate off of cooldown periods. These can range from thermite grenades to a special sniper rifle to jump packs and more. So far the jump packs feel like the ‘must have’ item of the group, though I am sure we have not seen everything that the game has to offer (this is a beta after all, and the gun selection is limited to four as well here). The jump pack comes in handy for multiple reasons and often saved my skin – once I got used to using it. For those who tend to camp, it gives you access to heights that might pull you out of the typical line of sight. Additionally, if you are being chased, it is a great way to create space between you and your enemy. Lastly, it just plain old makes you hard to target. If I have to clear a large expanse that makes me a sitting duck, you will find me using the pack partway through, just so it throws off someone who might be trying to take a read on me.

Because this is a beta, we were limited to a trio of modes at this time. Already a great deal has been made about the lack of a true single player campaign, so I will not belabor that particular point. The one single player mode that we did have access to was a survival one that unleashes waves of enemies on you and sprinkles in some objectives like finding and protecting a crashed pod along the way. Here the waves cut out after the sixth round, but it gives you a good taste of what is to come, while planting you on Tatooine. I am certainly hoping for more depth and variety than what we got to see here.

I recommend that mode for new players who are just learning their way around the controls. The next one I tried was Drop Zone. This pits two teams against one another to capture pods that drop down from the sky. First to five wins. These tend to be somewhat tighter quarter and quicker matches I noticed. One problem I saw, and this showed up in the video that I made, is that teams can get unbalanced pretty quickly. Presumably the final game will have penalties of some sort of players who bail early, but a few of my matches started with even numbers, only to have the losing team abandoning ship and play something else, leaving very unbalanced odds. 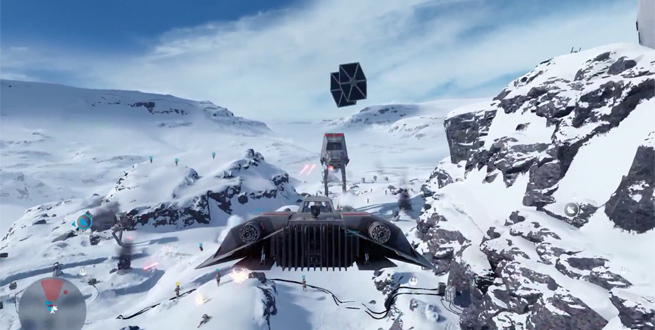 Last but not least, Walker Assault is perhaps the most mixed bag of the bunch. This is an incredibly ambitious mode that offers a 20 on 20 battle with major objectives for each side, and plenty of smaller ones to help each side win. The Empire is trying to get one of their massive AT-AT walkers to the rebel base. Meanwhile, the rebels are tasked with blowing up said AT-ATs. The biggest issue I saw was that the Imperial forces seem to have a huge advantage.Out of the ten matches I played, the Rebels won exactly… none of them. I thoroughly enjoyed the grand, open feeling of battle that took place here, and the objectives along the way (such as getting artillery guns powered up for use against the AT-AT units) was fun and chaotic in all of the right ways.

The Hoth battle should feel overwhelming, and I just spotted an article on Forbes about it yesterday that actually reflected many of my own feelings on it. I too, came away with the feeling that the battle is fine being unbalanced – so long as the rewards pay out in a way that makes sense. This is truer to the movie as well, since in Empire the rebels were on a limited timer until they could try and get away. This eye towards the material is interesting the say the least, and could make Battlefront different for more reasons than just its presentation and source material.

This is of course a beta, and as such you expect hiccups and limited access to stages, modes and weapons. To that end, I think the Star Wars Battlefront beta accomplished most of what it sought out to do. The developers get to see trends and problems, the players get to see the game in action and overall I had a good time while playing. There are wrinkles to be ironed out, but nothing I saw is going to dissuade me from picking up the title at this point and it is one I am still actually pretty excited for. With yesterday’s announcement giving some additional detail to three more modes, EA is doing a good job of getting fans excited. By the same token, I have no doubt that the $50 season pass is going to sour a lot of people on the game too. Battlefront feels well made, but I do find myself wondering if the game will feel like it is offering enough content, especially when its season pass nearly doubles the price. Time will tell if the Force is with this one.