Sublevel Zero is an interesting mix, because it takes the action genre and plugs in some very familiar roguelike elements to create an experience that stands out from the crowd. While this helps the experience to stand out from other action titles, there are still some aspects of the title that I found somewhat lacking. 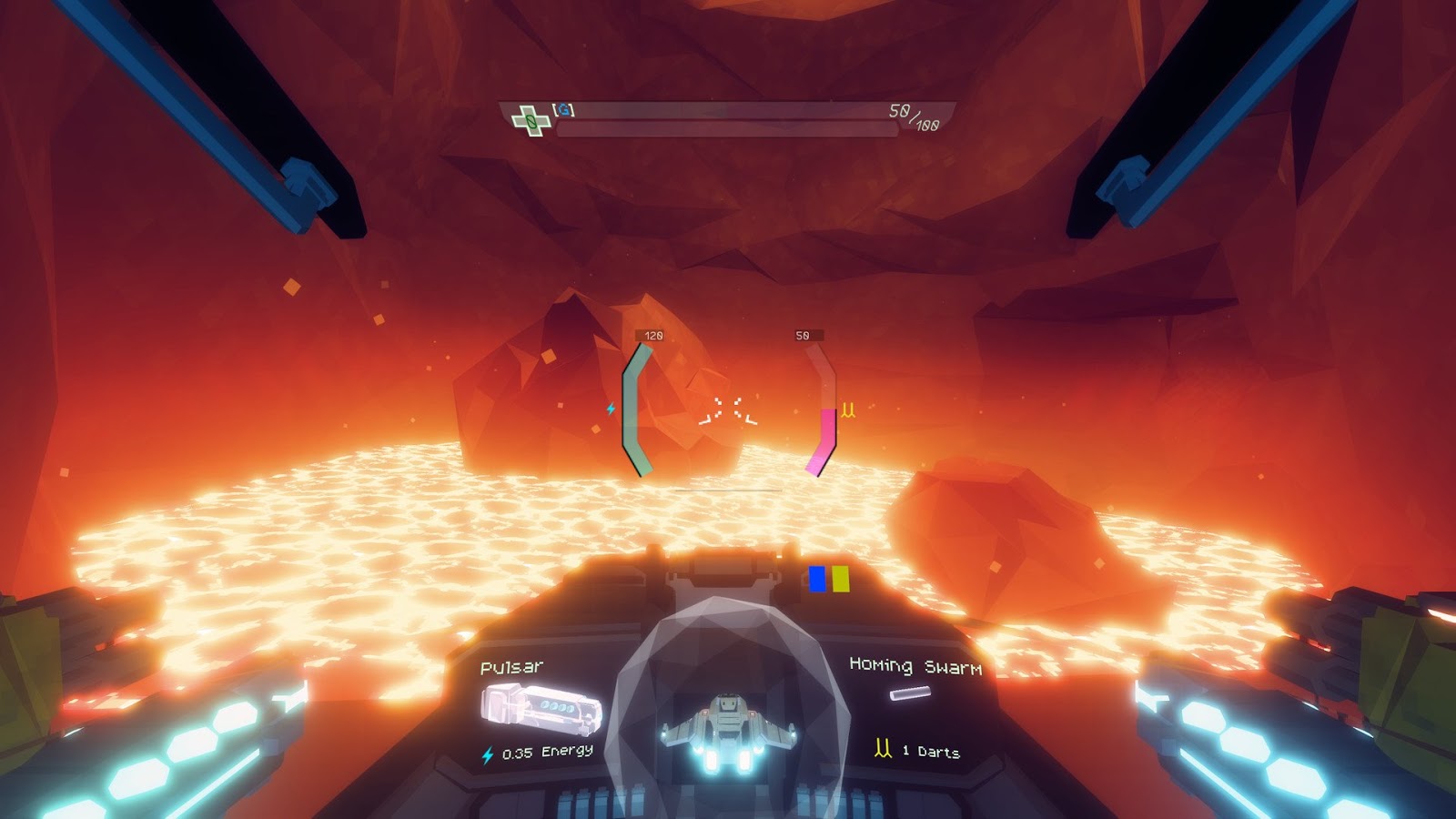 Sublevel Zero hits you with a handful of impressions right off of the bat. The music is outstanding, but the visuals – while colorful and interesting – lack detail and substance. You are immediately presented with a story about making your way through mines to harvest resources that can be used to help craft upgrades, but the narrative never really evolves from there. The controls are really awkward in the beginning, but over time you adapt to them and they feel more natural and make sense. All of these things made for something of a mixed bag initially.

The roguelike elements are most notable in the level design. The mines are procedurally generated, meaning each go is a new experience. Sublevel Zero is not an easy game, as it continually forces you to measure risk versus reward in an almost Dark Souls-esque fashion. Encounters and exploration have the potential to yield some very cool rewards – but do you risk death for a new schematic? Or do you push on towards the end of the level, looking for that exit that will take you to the next stage? This continual tug-of-war serves as the primary gameplay loop, and it works wonderfully. 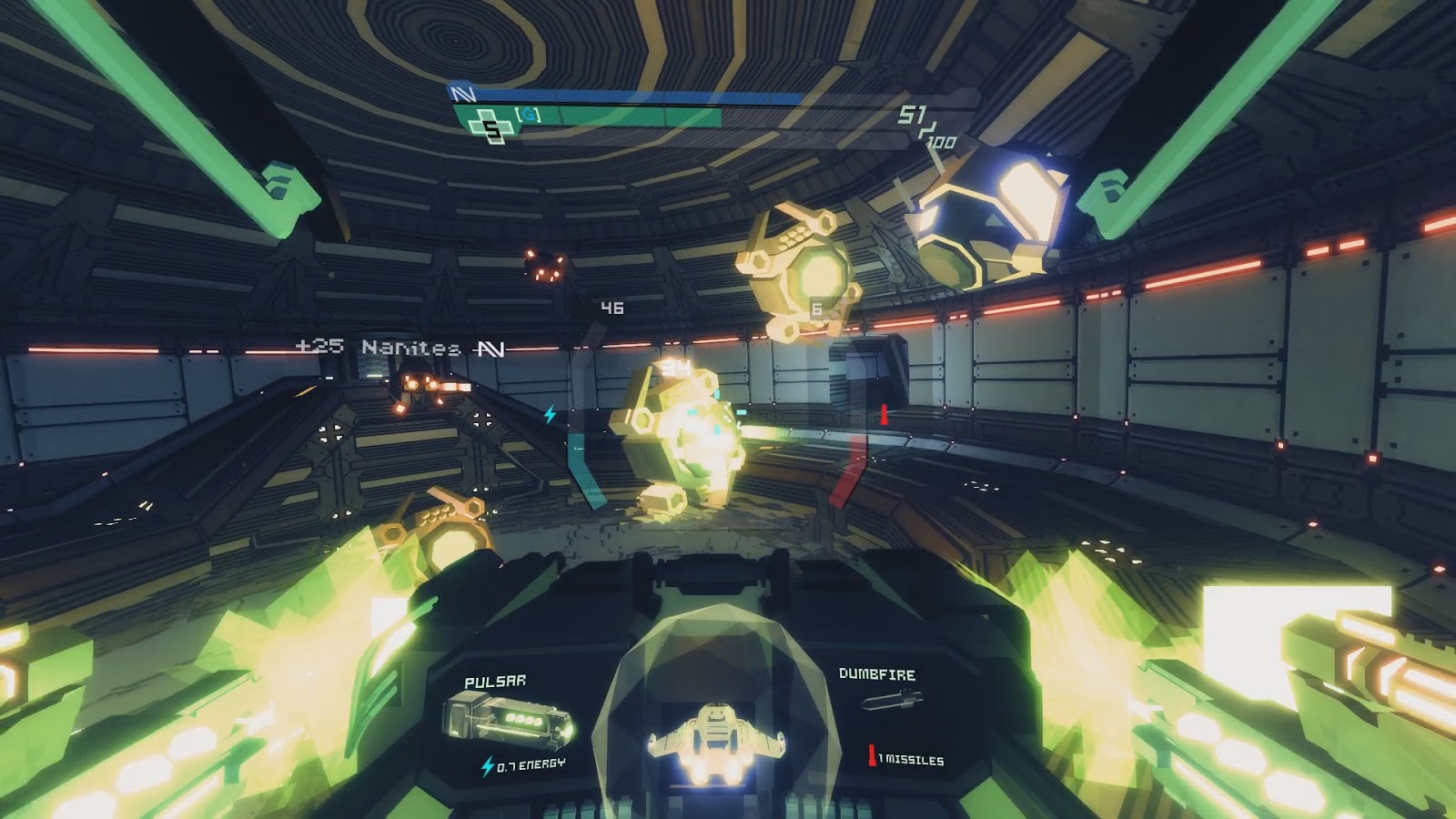 Besides the awkward initial controls, the interface is a bit cluttered for my liking as well. Just a bit too much ‘junk’ on the screen that really does not serve a purpose half the time and just obstructs the view. More modes or options, such as a multiplayer, would add even more depth and replay value to the title as well. Already you have the randomly generated stages, but those who recalled the multiplayer from Decent will be sad to know that while this game feels like a spiritual successor to that title, you won’t be playing against others.

The upgrades really help Sublevel Zero remain relevant, however. New weaponry is almost always a treat to try out and getting to try out new ships with differing speeds, armor and capacity is also fun. Because this is a game that supports all directions of movement, the tunnel design is very important. Some of the more claustrophobic passages spell certain doom if the wrong enemies make their way down the passage. Because of the simple visuals, I admit to having lost my way more than a few times due to the overwhelming sense of sameness from one region to another. So while piloting is actually a great deal of fun once you get the hang of it, and new toys to play with in combat can be engaging, the levels themselves are more a means to an end and seldom all that interesting. 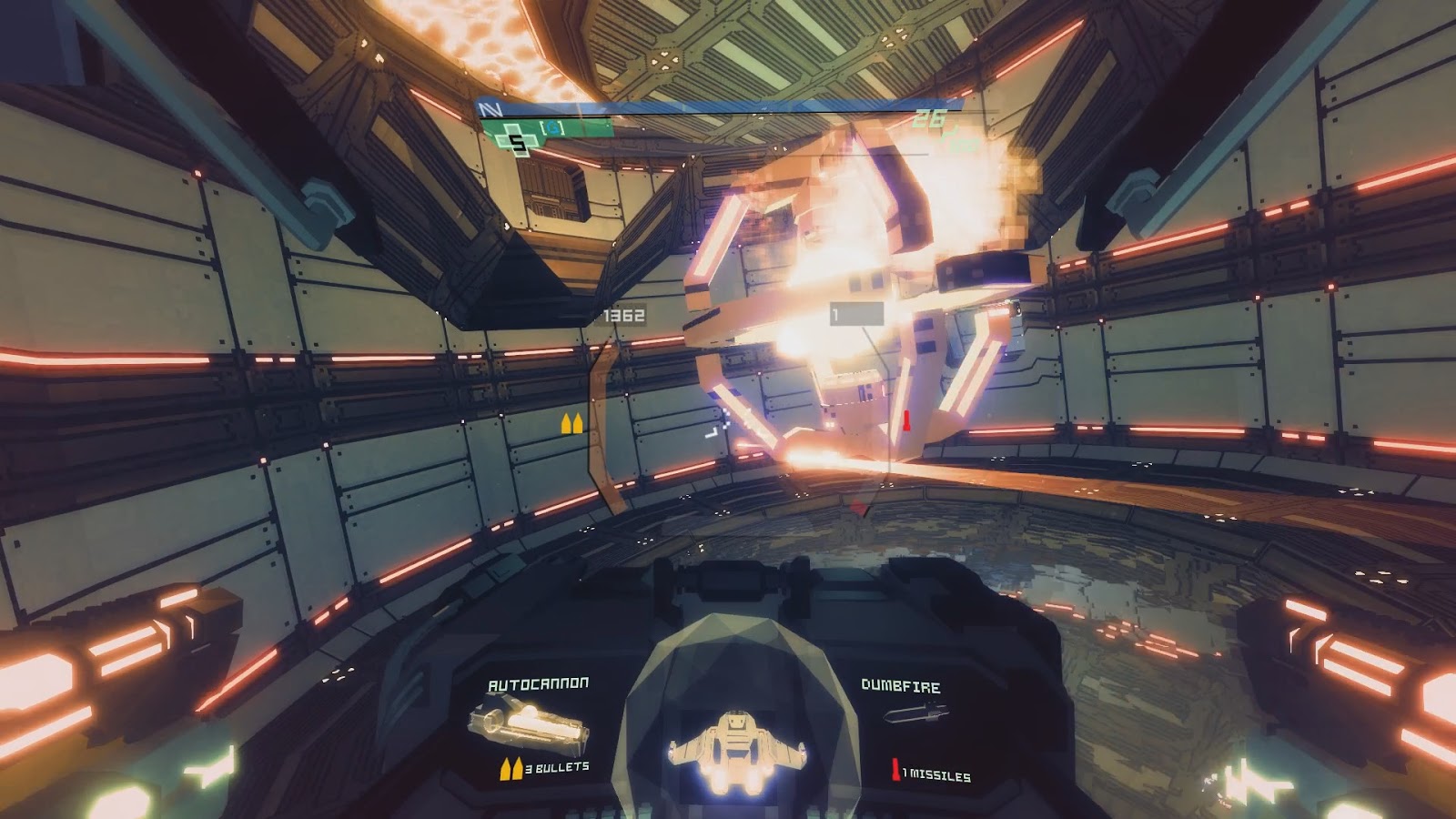 My one last gripe is that you can only save between levels. Not unheard of for the roguelike genre, but it feels like an outdated mechanic in the grand scheme of things. Sometimes you simply have to get up and go do something right then and there. Because levels can be lengthy affairs, it would be nice to have the option to come back to it later. I realize that there are probably technical concerns since these are procedural levels and there might not be a good way to save the current ‘state’, but it just feels like a bit of archaic design to limit saving in such fashion.

All in all Sublevel Zero succeeds because it feels unique. The music fares better than the visuals, the upgrades are more interesting than the levels and some of the mechanics could have been polished – from UI to saving options. Yet somehow it all comes together, making Sublevel Zero more fun than the the sum of its individual parts might suggest.